She had studied in France since 2001, and obtained a Master’s degree of Diplôme National Suprieurexpression Plastique from Ecole Nationale Supérieur d'Arts de Paris-Cergy and a Master’s degree of Art et Media Numérique from Paris1–Sorbonne. The forms of her works are mainly of performance arts, video installations, and sound performances, focusing on private and public spaces of bodies and public relations. During her time studying in France, she joined an international art group, Réseau Artskool, and learned dancing from Daniel Dobbels, a famous Franch choreographer. She has often been involved in cross-field cooperation with artists from other fields. Her works have been presented in Paris and Berlin several times. After returning to Taiwan in 2009, he has placed his focus on performance art in public spaces and the goal of “expanding the domain of art”, in hopes of bringing new possibilities to contemporary art through breaking the limitations on concepts and forms in the territory of art. His important works in the recent years include “City Action Series” (2009), “Treasure Palace Youth Hostel ” (2010), “Artistic Action & Record Exchange Movement” (2010, 2011), “Nippon International Performance Art Festival (NIPAF)” (2011), and “One Night Band” (2011-2012),“Month of Berlin Performance:(Con)temporary Space-Time“(2013) .She had joined the international art group Réseau Artskool, residing at Main d’oeuvre Art Center in France (2007) and resided at the Treasure Hill Artist Village (2010). Now she has a new art space called “instant 42” in Luzhou, New Taipei City, considering constructing and managing a space as a form in creation. This space is a complex art space with 3 major functions, art exhibition, studio, and artist-in--residence.

“City Action Series” is Ye Yu-Jun’s behaviors of creating different arts which can to respond to the environments in public spaces in various cities in Taiwan since returning to Taiwan in 2009. The main forms are the striking flash mob behaviors on the streets or in public spaces and performance art guided by videos to make responses to spaces. It is hoped that every performance art can become some common memories of the city, “P Like performance, Happening everywhere” , responding to Allan Kaprow’s “vague boundary between art and life”. In 2011, this project was extended to the “Artistic Action & Record Exchange Movement ” with the viewpoint of “We provide performances, and you provide records, together complete the exhibition,” with extended thinking of the mutually-beneficial relationship between performers and recorders. Through the exchange project, people can participate (in performing or recording) and enter the palace of art, getting involved in the exhibition. And the concept of “art has no limits and everyone is an artist” can be carried out. 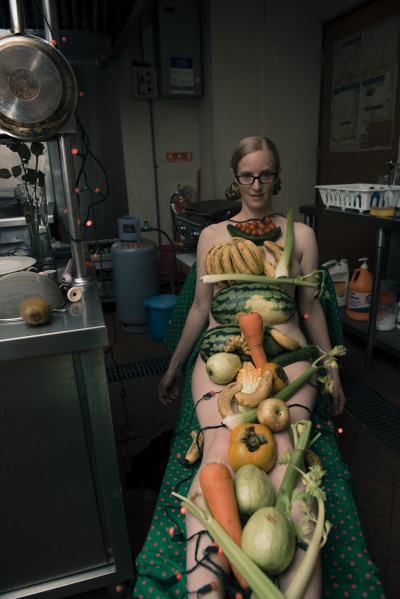