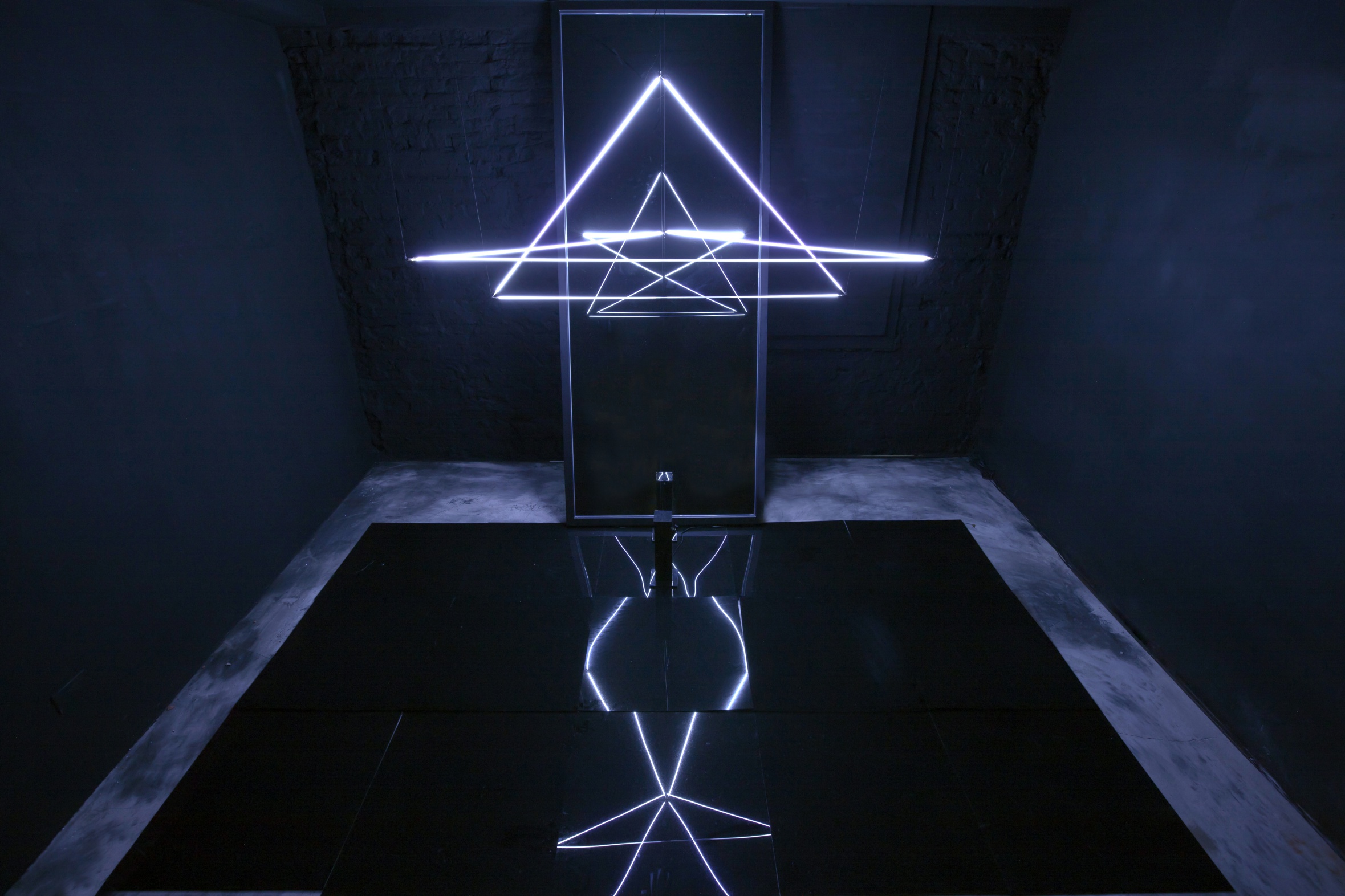 64 ARTISTS / 477 ARTWORKS
CONTEXT AND INTRODUCTION
From the volume of data, it appears to be discernibly growing in terms of the exploration on new media art, from introduction of exhibition and the discussion on media of creative works in the early stage to the recent aesthetical and philosophical speculation, and research on the mechanism of industrial collection. This represents the prosperity of the research in this criterion. The first ever collusion between technology and art in Taiwan goes back as far as the report on Alexander Calder’s decease by “Artist” and “Lion Art monthly” in 1976, whereas that between technology and creation started in 1979, when Yuyu Yang, co-established “Han Laser Arts Research Society “ with scientists like Ma Zhi Chin, Hu Jin Biao. In 1999, Acer Digital Arts Center became prominently influential on the development of the local new media art. The “Acer’s Art future 2000” included not only competition and exhibition of the new arts, but also “International Digital Art Camp 2000”, “International Digital Art Summit 2000” and “International Digital Art Seminar 2000,” all of which promoted the development of local new media art, while having a book published: “the digital art” which is written to introduce this important art center of new media art, that collaborated with ZKM, AES, V2, and De Waag. In the same year, another important exhibition was “A Sparkling City,” planned by the “Dimension Endowment of Art.” In the period between 2001 and 2007, the number of exhibition and event increased, it is not long after the new media departments established one after another in higher education institutes in Taiwan. The digital art project, was proposed right after the “Challenge 2008 Six-Year National Development Plan” promoted by Taiwanese government. The “Navigator- Digital Art in the Making” planned by Wang Jun Jieh in 2004 and “Climax - The Highlight of Ars Electronica” planned by Lin Shu Min and Hu Chao Shen, were both grandly held in National Art Gallery, sparking a new wave of Taiwanese new media art. Via exhibitions, publications, seminars, and the help of scholars returned from abroad, the government, and corporate bodies such as Quanta Culture and Education Foundation, Yageo Foundation, and Chew’s Culture Foundation all have made considerable contribution. The government launched polices that promoted the establishments of properties designed for digital art exhibition, including: Museum of Contemporary Art, Digiark, and Digital Art Centre. It also supported projects such as Grant Program for Technology Art Project, and that for Video art (both established by National Culture and Arts Foundation), Yageo Tech-Art Award, 2005 YAGEO Sound Art Prize, Digital Art Awards Taipei, Digital Art Criticism Award, K. T. Creativity Award, Quanta Digital Art Performance Award and so on. Soon afterward, new media art started to become a new main stream form of art exhibition or art performance in Taiwan, as widely invited by many joint exhibitions as well as scheduled ones. Nevertheless, while collecting data and establishing the new media database, we gradually realize that due to the innovation of technology, the issues of storage, updating, and replay for these art pieces, while the copyright and the edition of the pieces are also to be discussed. The artists start to work together as a team or in the form of joint studio, as opposed to working individual as before, while the form of their presentation becomes more cross-disciplinary, and the degree of their collaboration with technology increased. They also endeavor in getting rid of the influence from external culture, and nurture excellent local new media artists.
OUTLINE
There are some similar, overlapped, or common qualities among new media art, technological art, computer art, interactive art, video art, power machine, video telecommunication, Internet art, and software art. Many people have different opinions about the definition and the classification of “new media.” The database has been extensively accumulating research materials to support a theory about what should be defined as “new media art.” Based on the definition, we start collecting specific information about related artworks.
Information about new media art and artists’ exhibits mostly come from governmental institution, regular exhibition spaces, art foundations, art centers in schools or universities, books, art magazines, and the materials provided by academic conferences. We also include information from the Internet as supportive materials.

1. Events Events are edited in chronological order. The earliest one in our materials so far was the establishment of “Da Han Study Group of Laser Technological Art ”by the artist Yang Ying-Fong as well as scientists Ma Chih-chin and Hu Chin-Piao. The period of our research ends in the December of 2013, including events such as exhibitions, academic events, publications, and the introduction/development of major techniques.

2. Artists This section is mainly about artists’ biography, artistic practice, and the chronicle of major events.

3. Artworks This section includes the documents of artworks (we try to be as complete as possible), video or audio recordings to restore the original exhibition scene, work images, source codes (the most updated ones), and etc.