The wall pasted over with images flips and ripples like it is composed of countless layers of thin surfaces. Through the images, the texture and color of an object are thrown into ambivalence. In this image installation developed from such spatial mapping, I added some arbitrary words and graphics, which keep being covered and revealed throughout the space of the video, giving staggered peeks of information from the space in between.‬ Like some unknown signs, they point towards a certain set of clues/fantasies/questions. And so, from the symbols flipping in and out of the space of the video, I hope to create a space in which meaning can be randomly combined, or even to trigger connections in the viewer’s imagination. 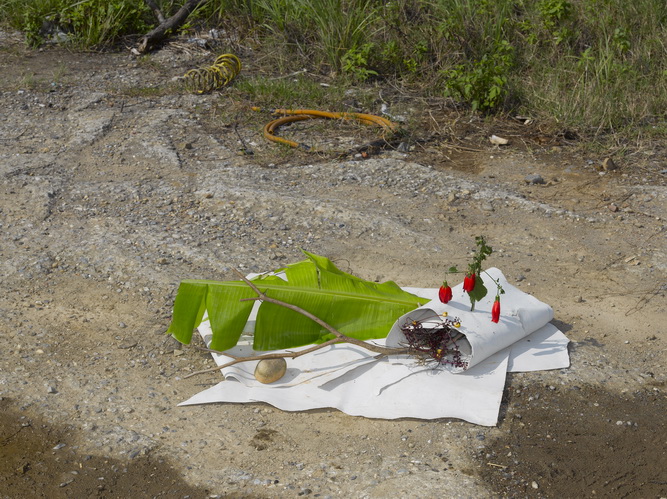 Make a flower arrangement for me
WANG Ya-Hui, 2011,

When I Look at the Rainbow
WANG Ya-Hui, 2009, Photographic Art 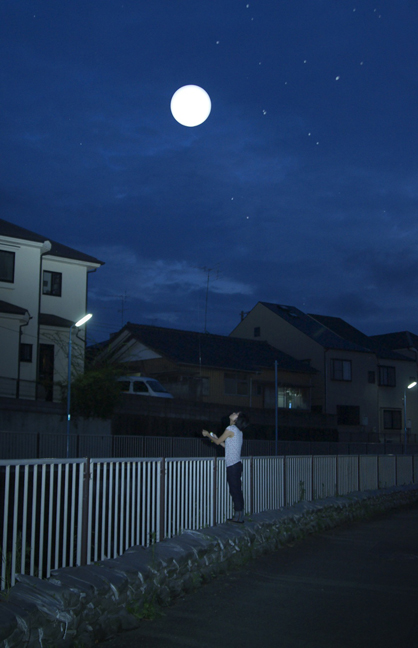 A work for a building plot : I am a branch
WANG Ya-Hui, 2012, Installation Art