Through action research and exhibition practice, overlapped with the field of cultural studies, historical science, anthropology, and geography, the art project intends to connect the multiple issues including conflicts among the indigenous as well as conflicts between the indigenous and the Hakka, the settlers, the indegenous-meat-eating, and tribal boundaries. Adopting the methodology of creative/research discourse, film collection, and topological writing, it aims to open doors to a probelmetic interdisciplinery zone in order to further a dialogue, a debate, a solid cross-field work that directs towards critical artistic approaches.

Serving as the mark of the geomorphological phenomenon of river capture, the artist sees this juncture of Taoyuan Daxi, Longtan, Fuxing and Hsinchu Guanxi as the core of the past intermingling multi-ethnic society, pointing out today’s incoming settlers in a way corresponding to the formation of the memory as well as the narrative structure of settler colonialism. It is thus necessary to trace back to the interrelationship between the five ethnic groups in this area, the Hakka, the Atayal, the Ketagalan, the Taukat, and the Hoklo, along with their understanding of the natural ties among the land, ridge, valley, and rocks, which would present themselves in their most complicated state in history. The narrative push of ‘necropolis/grave’, ‘necro/corpse’, and the ‘red soil’ derived from the idea of ‘death’ refocuses on the position of the narrators, modifying and reshaping the content and perspective to reveal a multi-ethnic, multi-species geography as well as a dynamically flowing narrative. 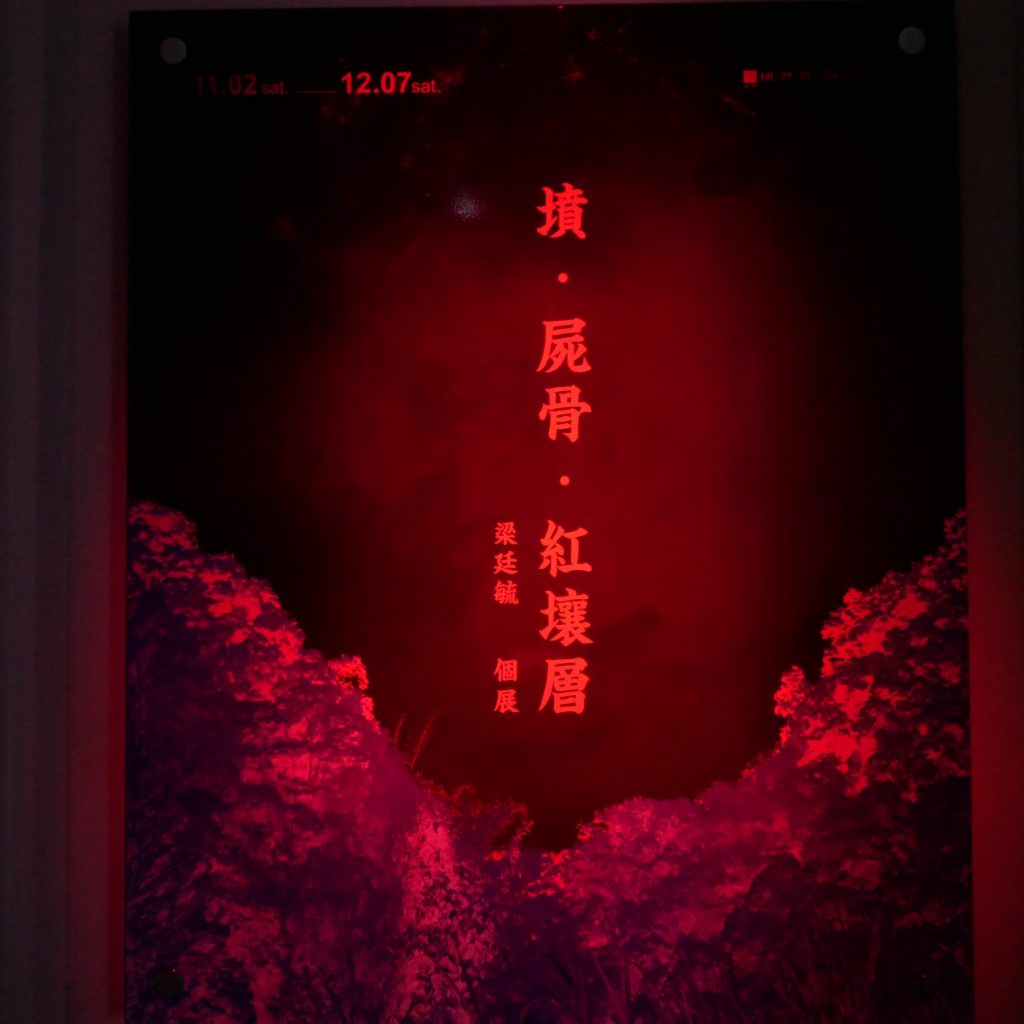