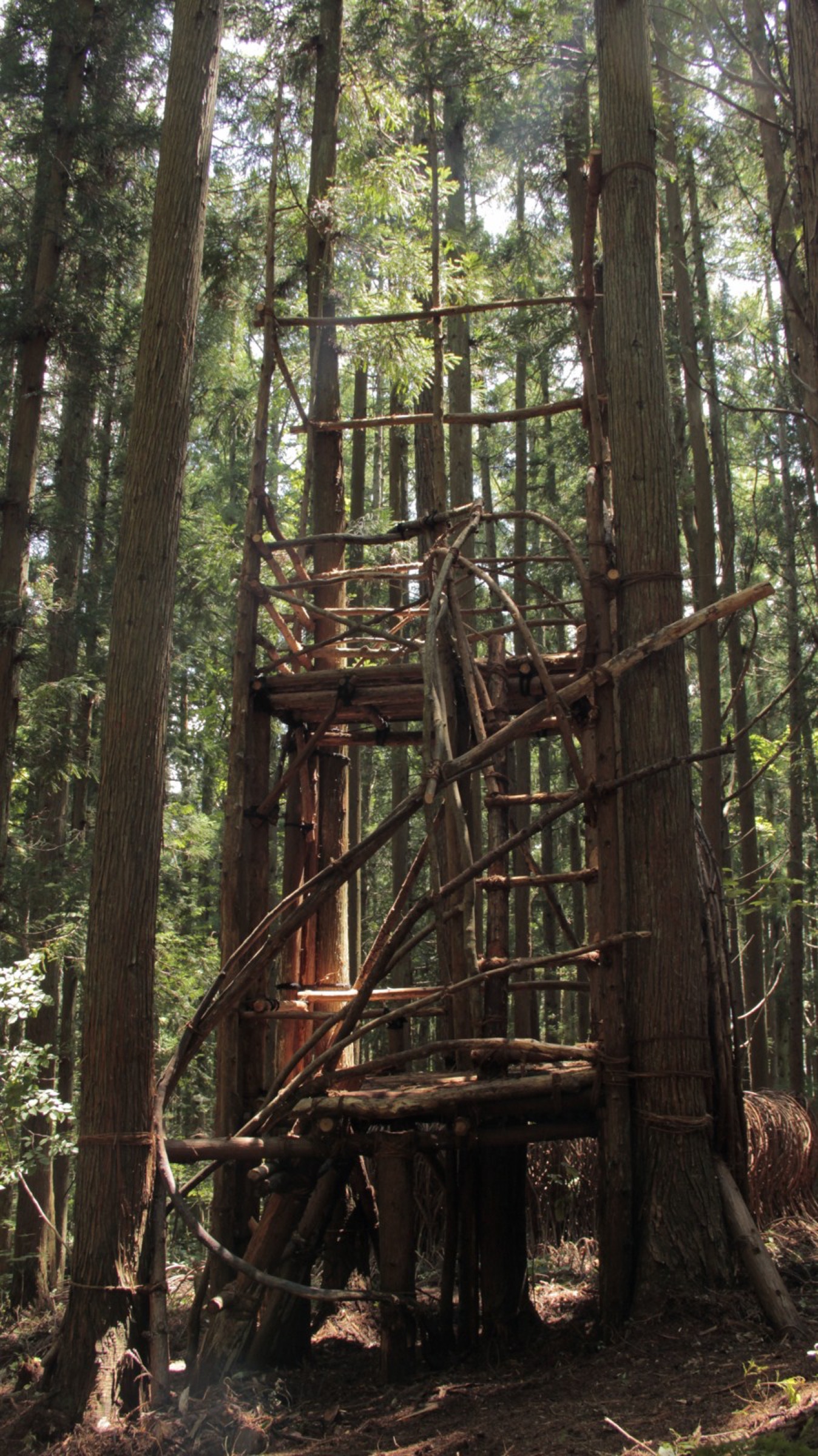 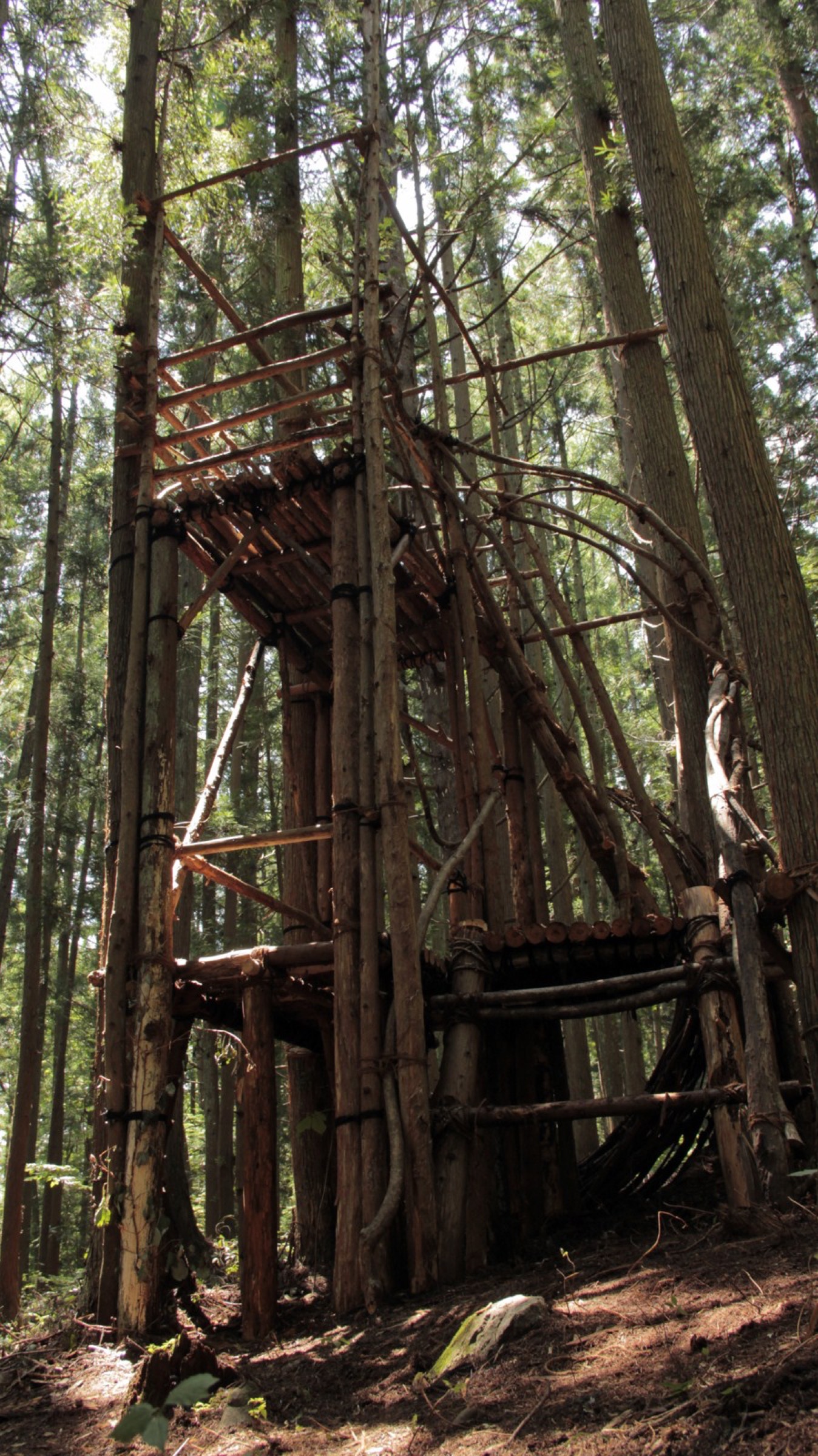 Earth is the planet has the largest water. And the water always played a key role in the ecological system.

I feel the breath of the water in the forest. The water aura appeared in the forest. It is the aura between human and nature, and also the universe aura in insight meditation.

This coniferous forest is located next to the Lake Kizaki, Ōmachi, Nagano, Japan. It has retained its ecological integrity. Not only small animals like tree frogs, dragonflies, and wasps can be easily seen, monkeys, snakes, muntjacs, and bears also inhabit in this forest. It is said that a type of moss in the nearby Shrine glows during the night. There’s also a legend about a dragon living in the lake. Besides, this forest has become a popular place to find scene inspiration for many Japanese animations.

I was attracted by this beautiful and mysterious forest immediately while scouting for artwork location on the first day. During creation, the evening light filtering through the woods together with muntjacs playing next to my work constituted a beautiful scene. Sometimes I saw a curious monkey sitting on a distant rock, as if I had entered a magic forest in a fairy tale. Each day, I picked up the curved branches on the ground, made them into a river-shape sculpture among the woods using wood joinery technique, and then covered the sculpture with some moss I found.

I attempted to tell an ancient memory, to summon the water spirit through this sculpture. It can be regarded as some kind of sacred ritual sculpture of water in ancient time, or an old relic that has been here for a long time. It is also my response to the title of Shinano Primitive Sense Art Festival: the birth of water ritual. 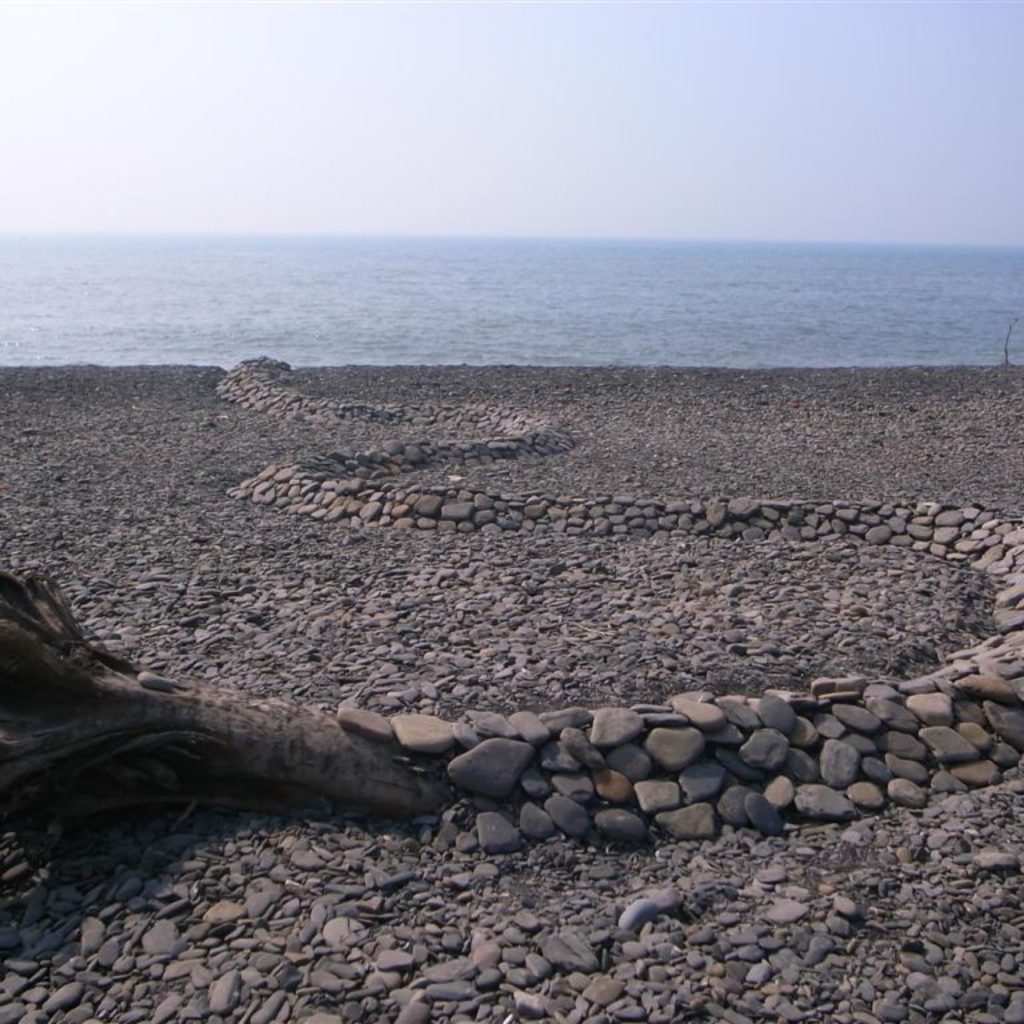 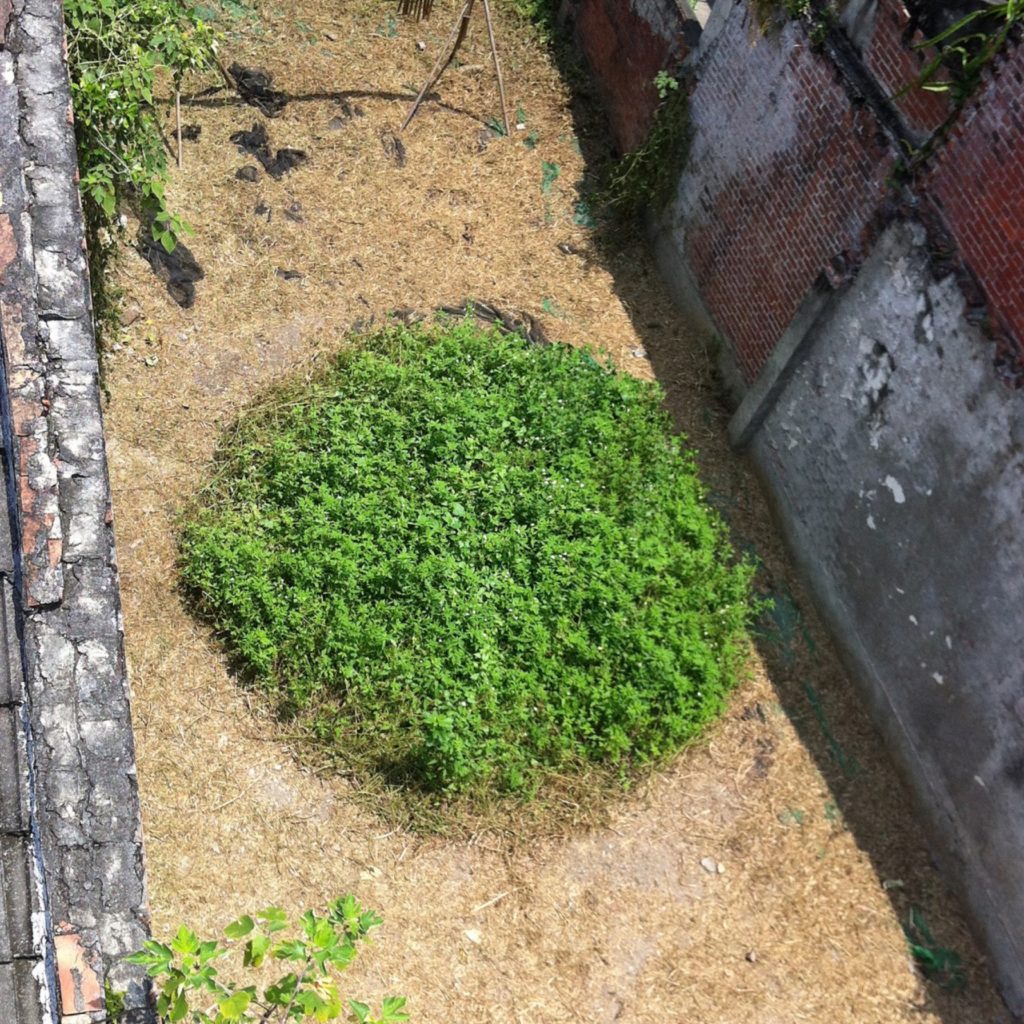 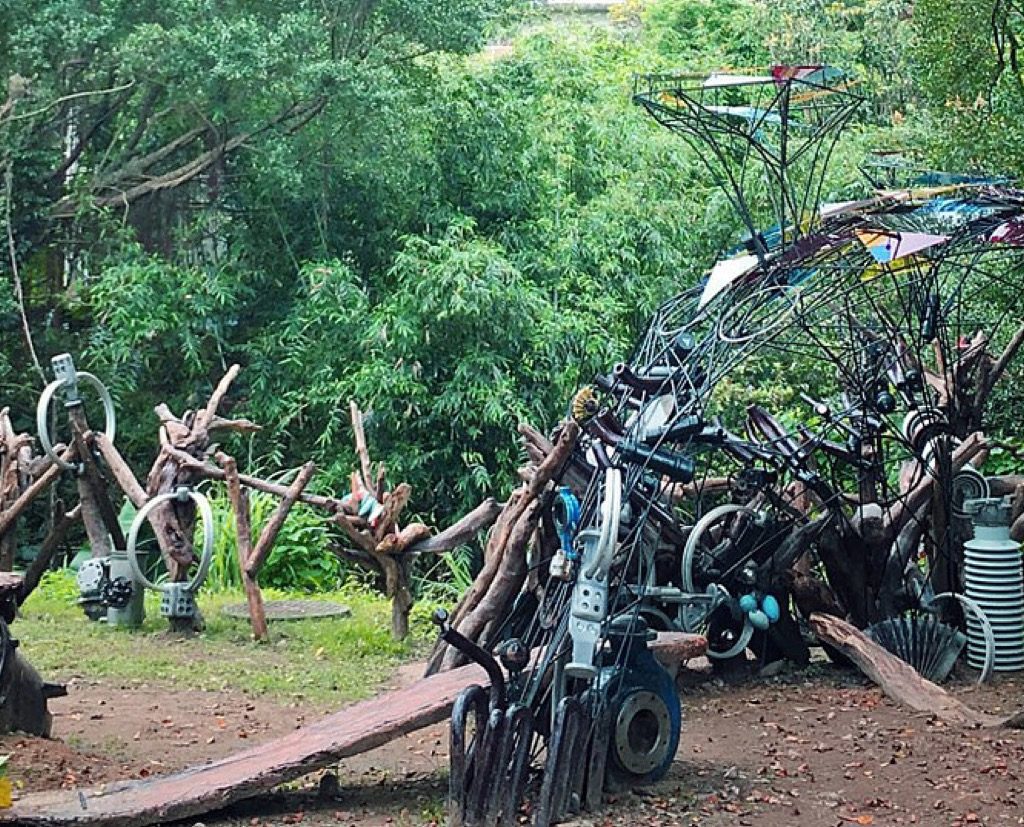 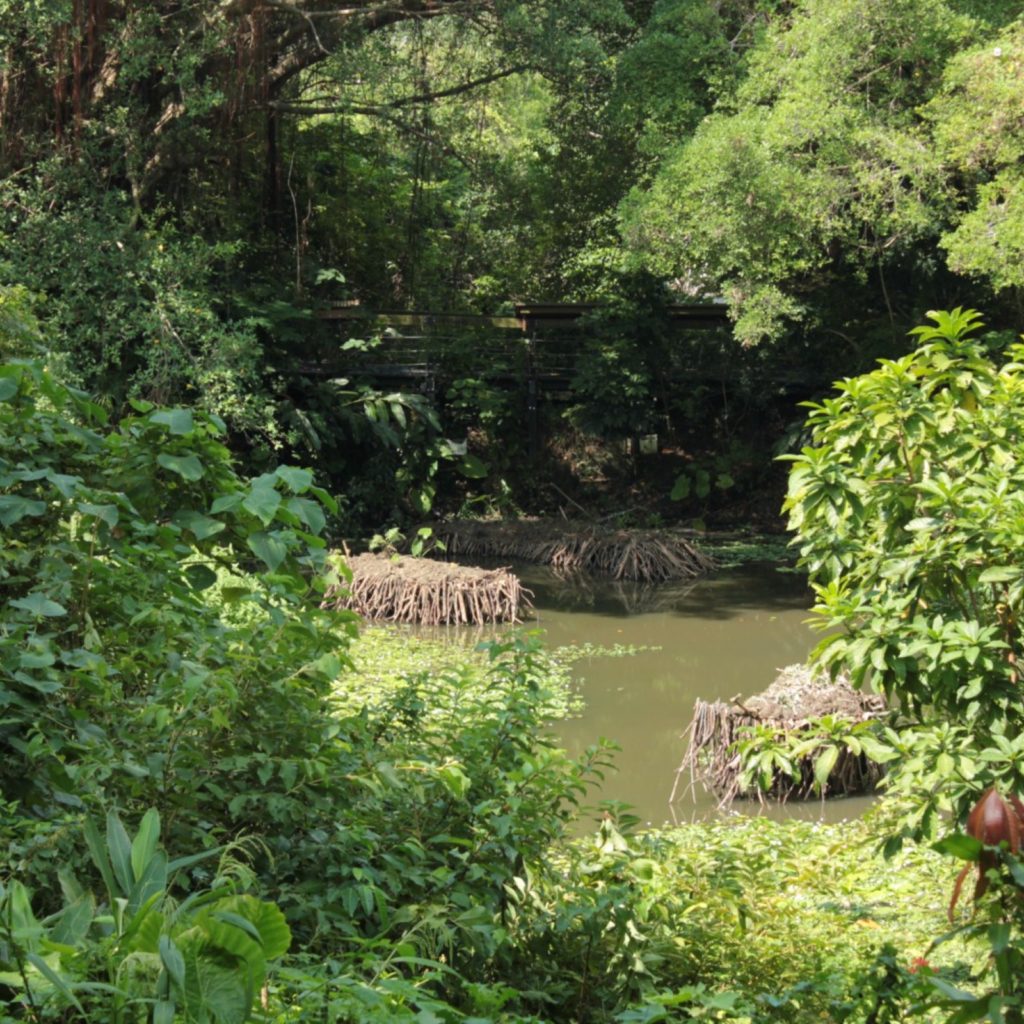 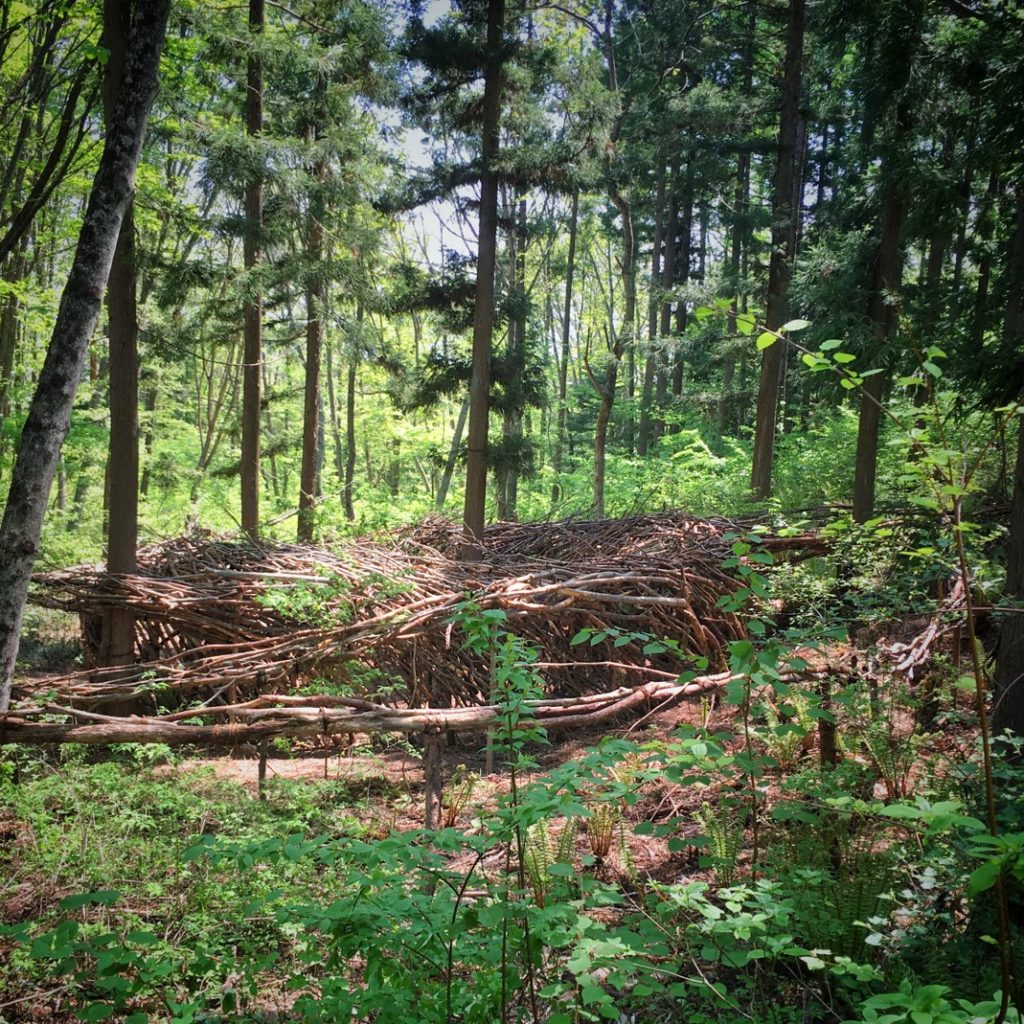 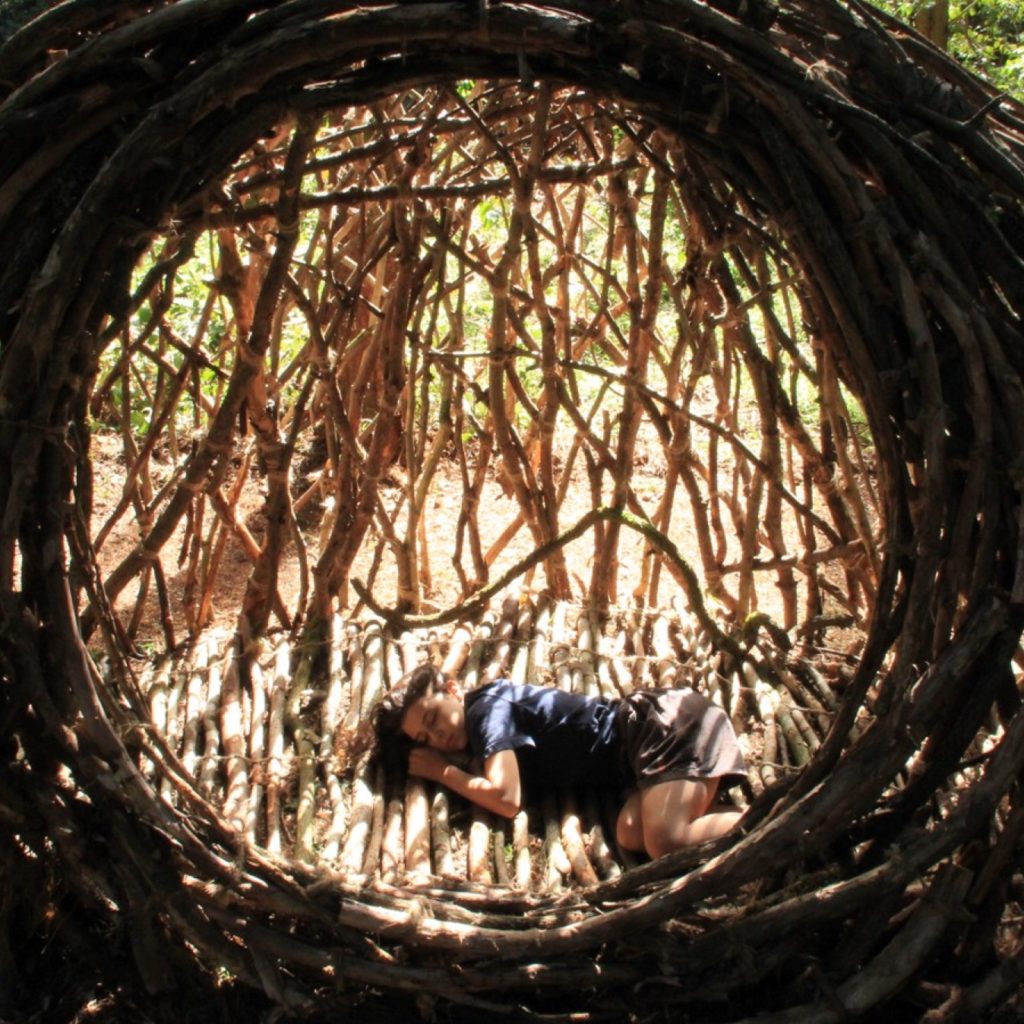 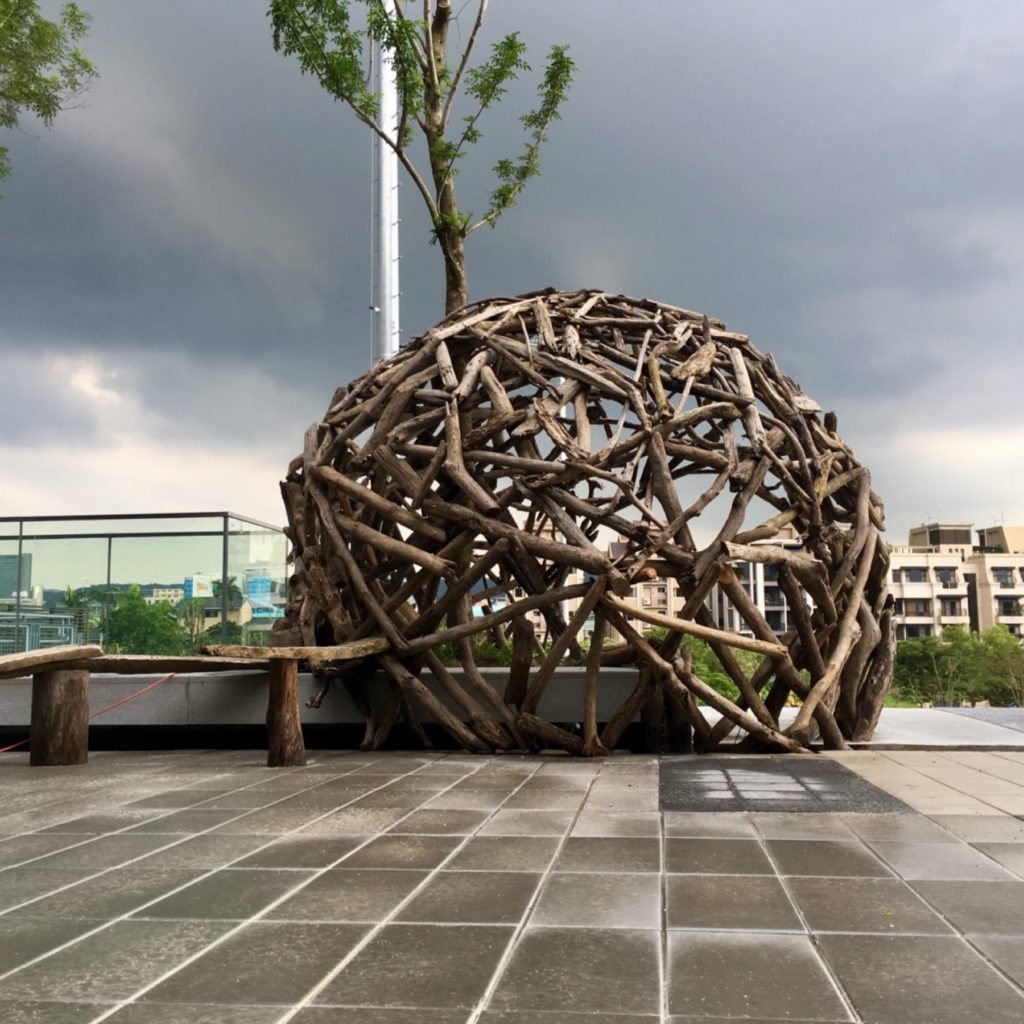 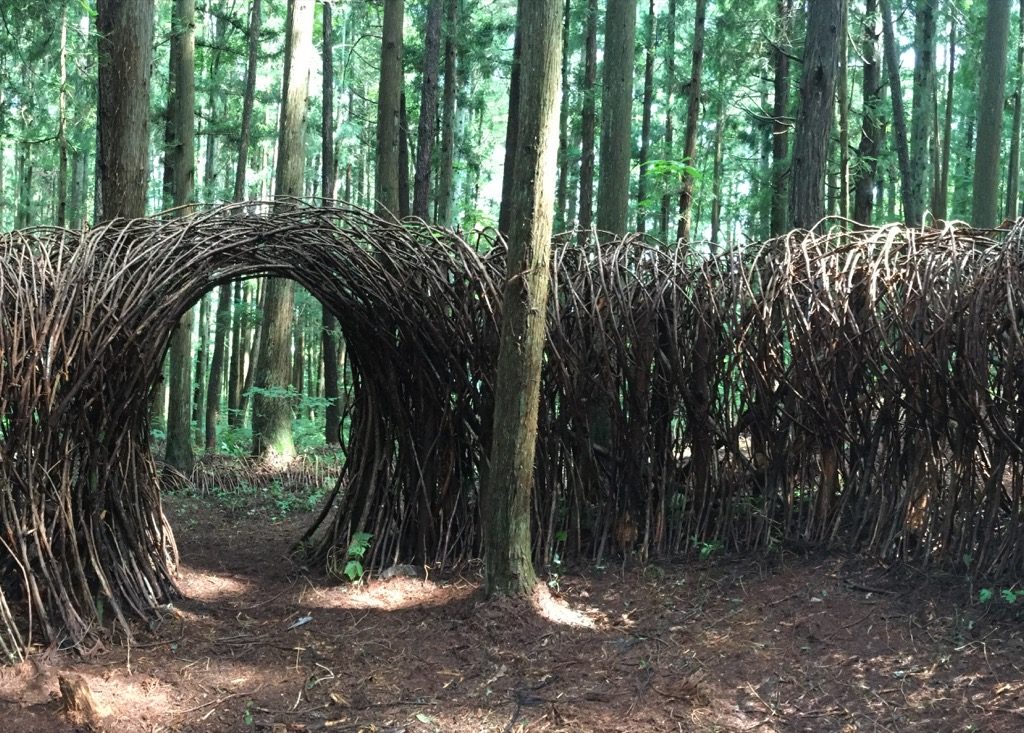