Chen Hui-chiao is adept at combining symbolism and allusion with the perceptual methodology of readymade objects to create works that have a profound impact on the viewer. Her perception is derived from the human soul, exists in a spiritual space that is uniquely that of the artist and comes with a mysterious cosmological point of view represented here by a distinct type of systematic understanding – abstract geometry. For Chen, only through such a simple creative context is it possible to reveal the essential nature of art. The word “ping pong” is derived from the sound the ball makes as it zips back and forth between two players. Moreover, the ball is the smallest and lightest “round” object used in any ball sport. It is also a key element in the creative thinking of Chen Hui-chiao.

In the Middle Ages, many scholars believed geometry, astrology and astronomy were inextricably related to divinity. The ancient Egyptians held that the circle was a divine and perfect pictograph given to Mankind by the Gods. There are records of circles from the earliest human histories, with the sun, moon and plants examples of circles in nature. From the ancient Greek philosophy of Pythagoras, Parmenides, Anaxagoras and Archimedes to 20th Century theories of time and space, circles are primarily an abstract representation of perfection, that originate in a clearer understanding of the rhythms and rhymes of nature. However, this outlook is ultimately based on a geometric understanding of “circles,” and the idea of a universal character based on simplicity and harmony, compatibility and independence.

When Johannes Kepler (1571-1630) first discovered that the orbit of the planets was elliptical, Mankind was able to learn and imagine even more about the distant heavens and space. In other words, knowledge has come not from pursuing the perfection of the circle, but rather from exploring the reasons the circle is imperfect. As such, the rational understanding in which “time never dies, the circle is not round” is a universal abstract concept that relates to our perceptual knowledge of a specific concrete object, while the focus of aesthetics is the perfection of perceptual knowledge.

Chen Hui-chiao first started using ping pong balls in her art work in 1997, and since then they have become one of her main creative media. In mathematics, Euclid wrote discourses about spherical geometry and number theory, pointing out that in three-dimensional geometric space the sphere is a perfect symmetrical body. In physics, spheres are rolling objects that collide or accumulate and occupy space. In Chen’s works spheres symbolize planets that revolve on their own axis, but “moving spheres” are also an allusion to the reform movement, in the sense that reform is an important force promoting the development of society and civilization. In other words, movement is a process of change that lies in between potential and realized realities.

In affine geometry, “translation” involves moving each point of an object the same distance in the same direction, which is isometric and represents one type of affine transformation in affine space. In music, the word “interval” refers to the pitch differential between two notes, Chen Hui-chiao takes the sphere as an analogy for the relationship between high and low on the musical scale, extending the visual image of “ping pong balls” to musical notation. Aesthetically, Chen juxtaposes the expressive methodology of abstract geometry and readymade objects, though in terms of color she prefers monochrome painting.

Chen Hui-chiao extends material “spheres” with no apparent limit, the objective being to affirm the essential non material transformation of spiritual consciousness. This constitutes an attempt to return to a metaphysical discussion – wherein we see being in those beings that exist and reality in real world phenomena. For Chen metaphysics = transcending physics, and as such she places no particular emphasis on discussing “phenomena” preferring instead to focus on discovering “the truth,” which for her means existence itself and the basic character of all real objects.

ARTISTS
40 artworks / 118 exhibition
Installation Art
"Taiwan Contemporary Art Archive (TCAA)"- a cloud database is established by "The Association of the Visual Art in Taiwan (AVAT)". The preparation of TCAA began in July 2013 and it inaugurated in Feb 19, 2014. TCAA is a free online platform for th ...
VIEW ARTIST PAGE
KEYWORDS 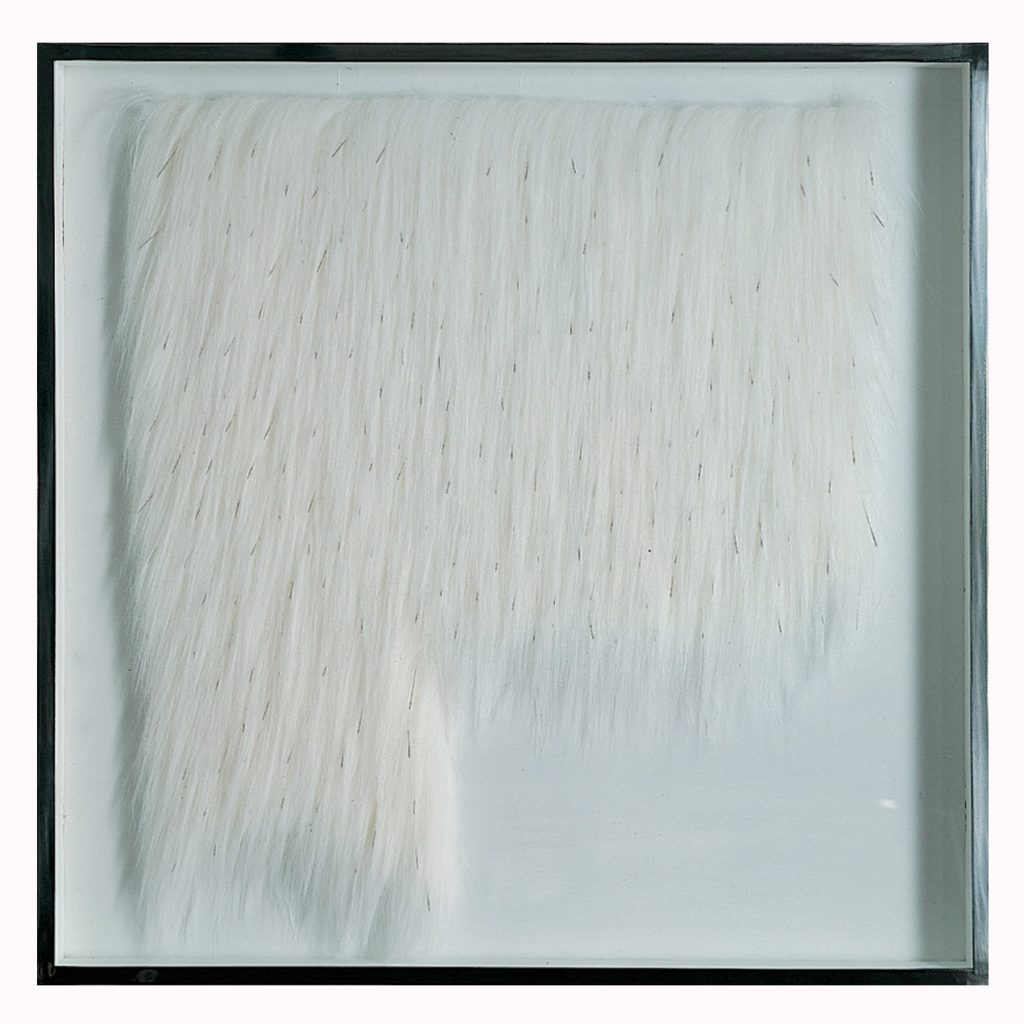 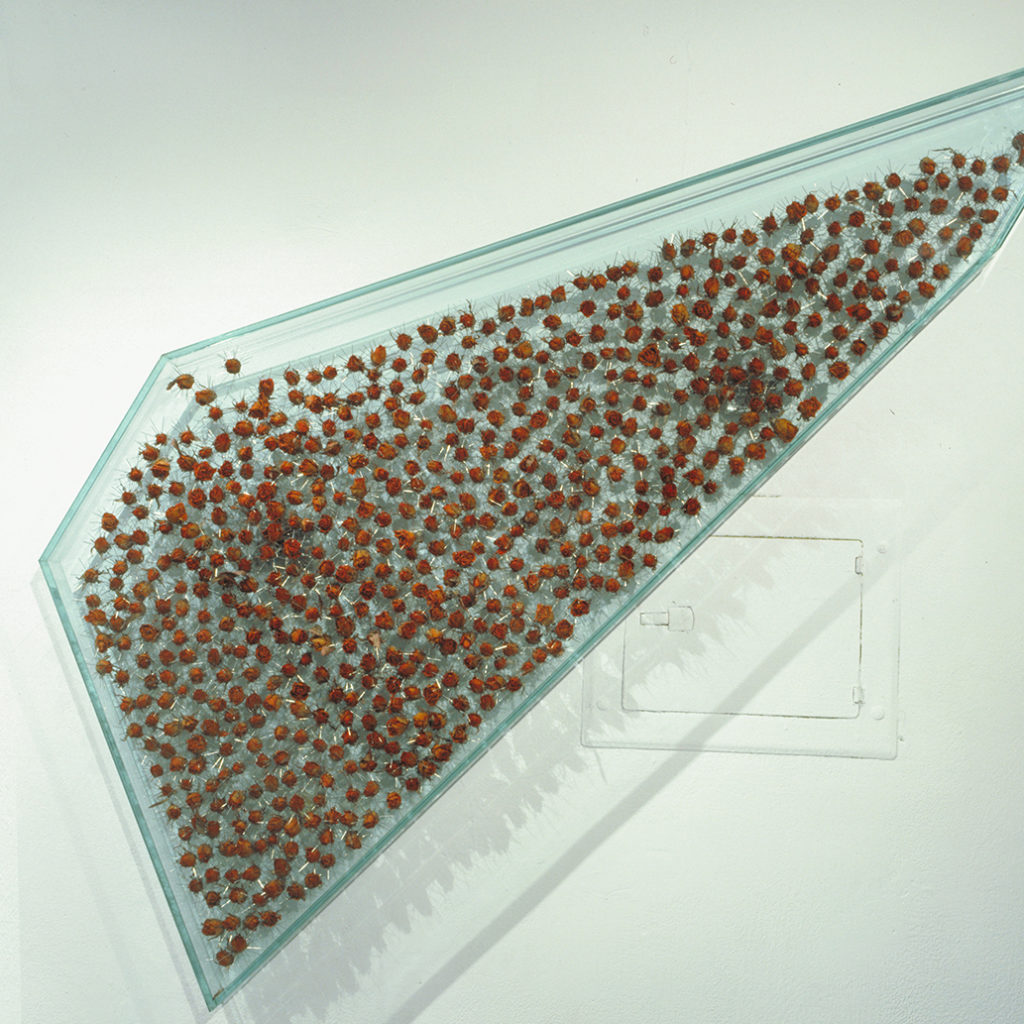 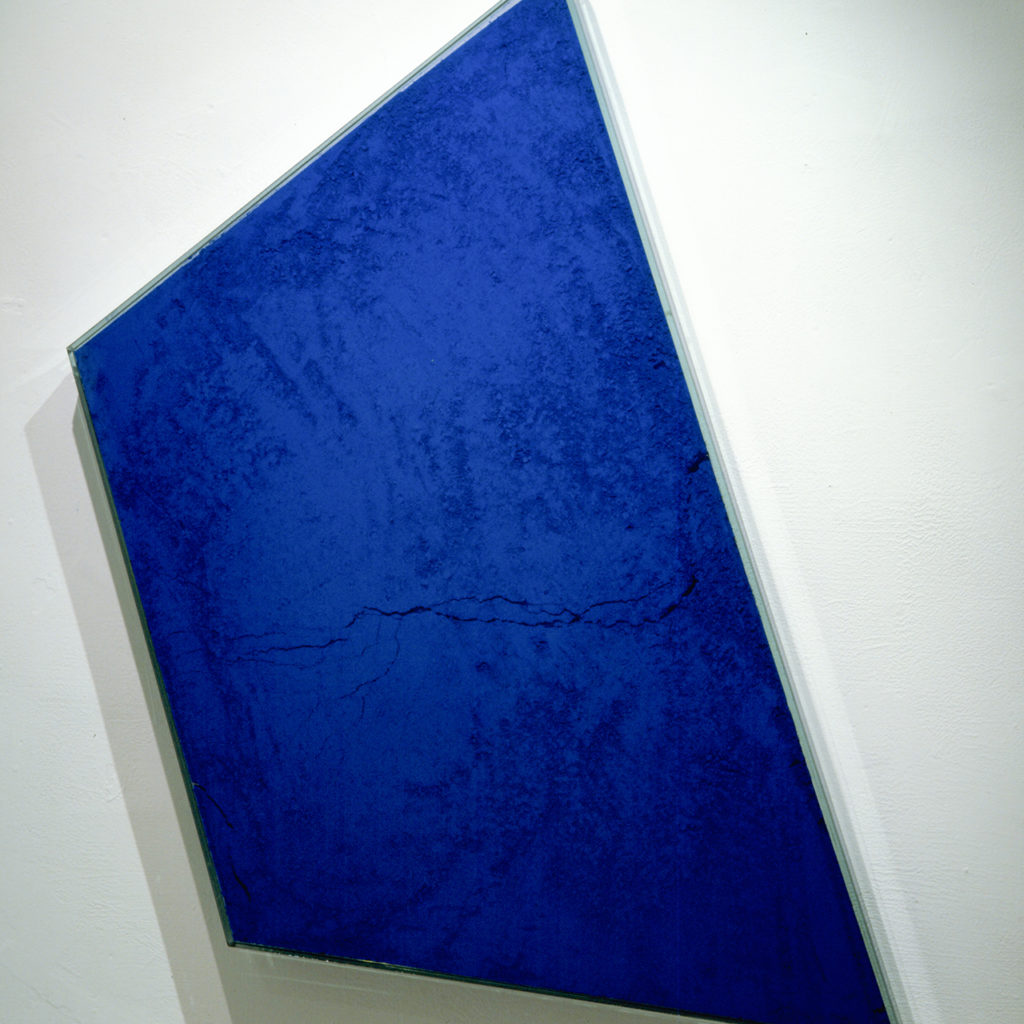 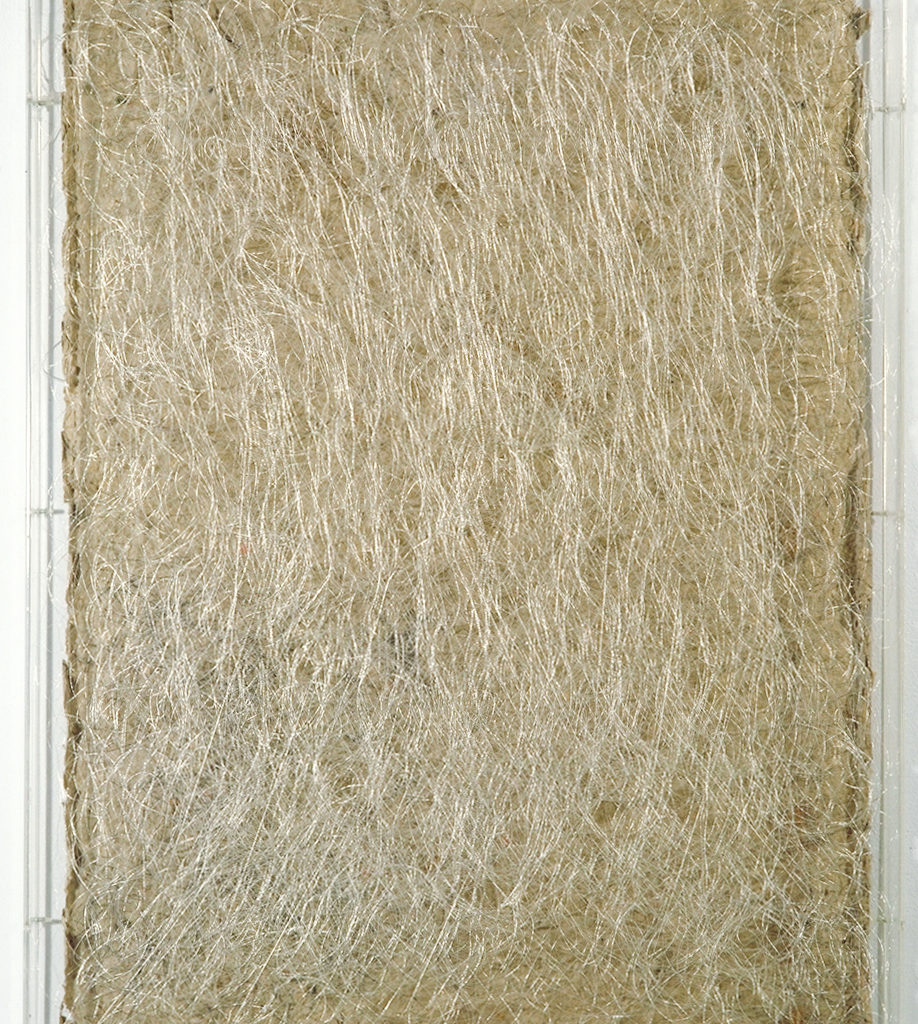 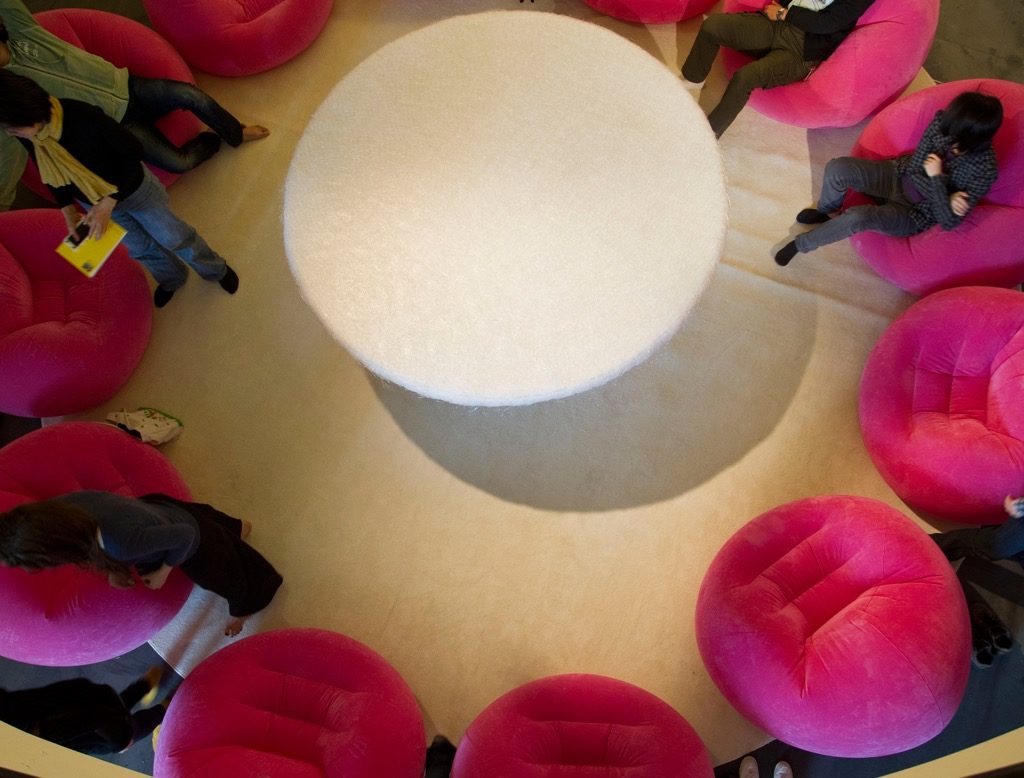 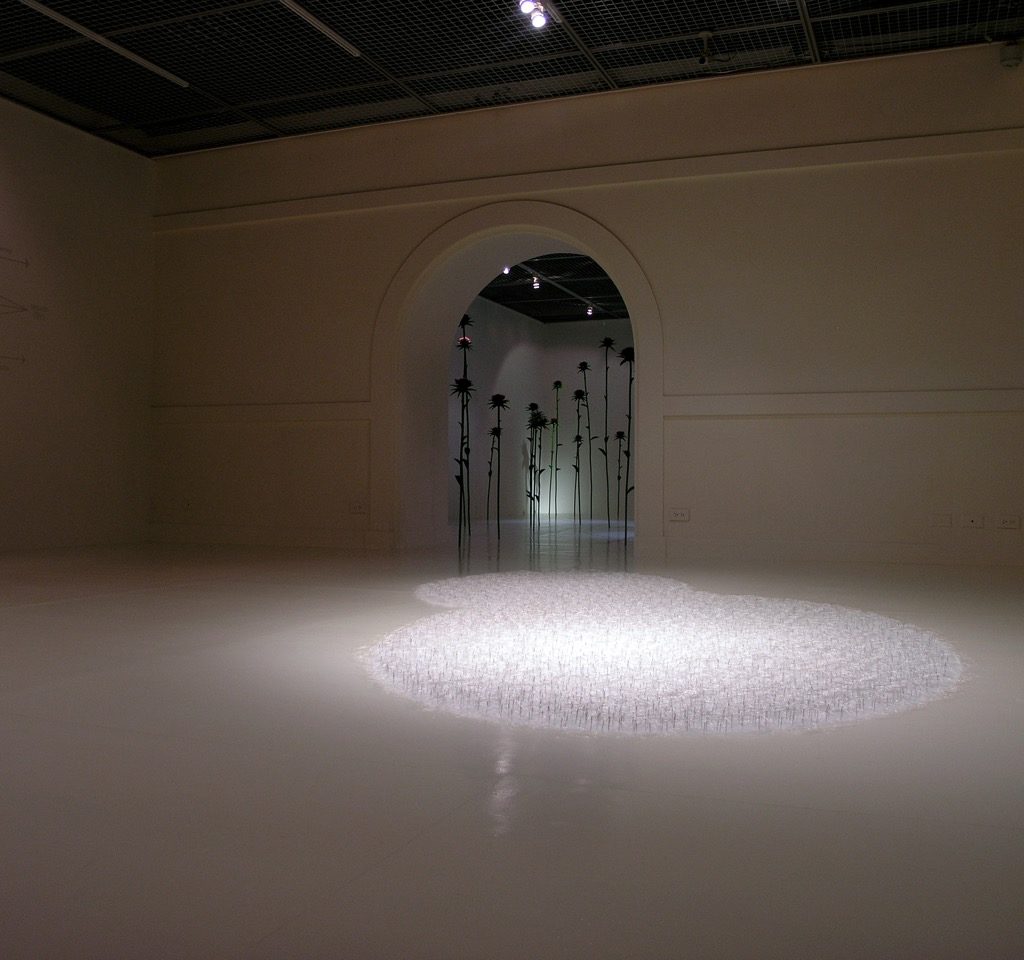 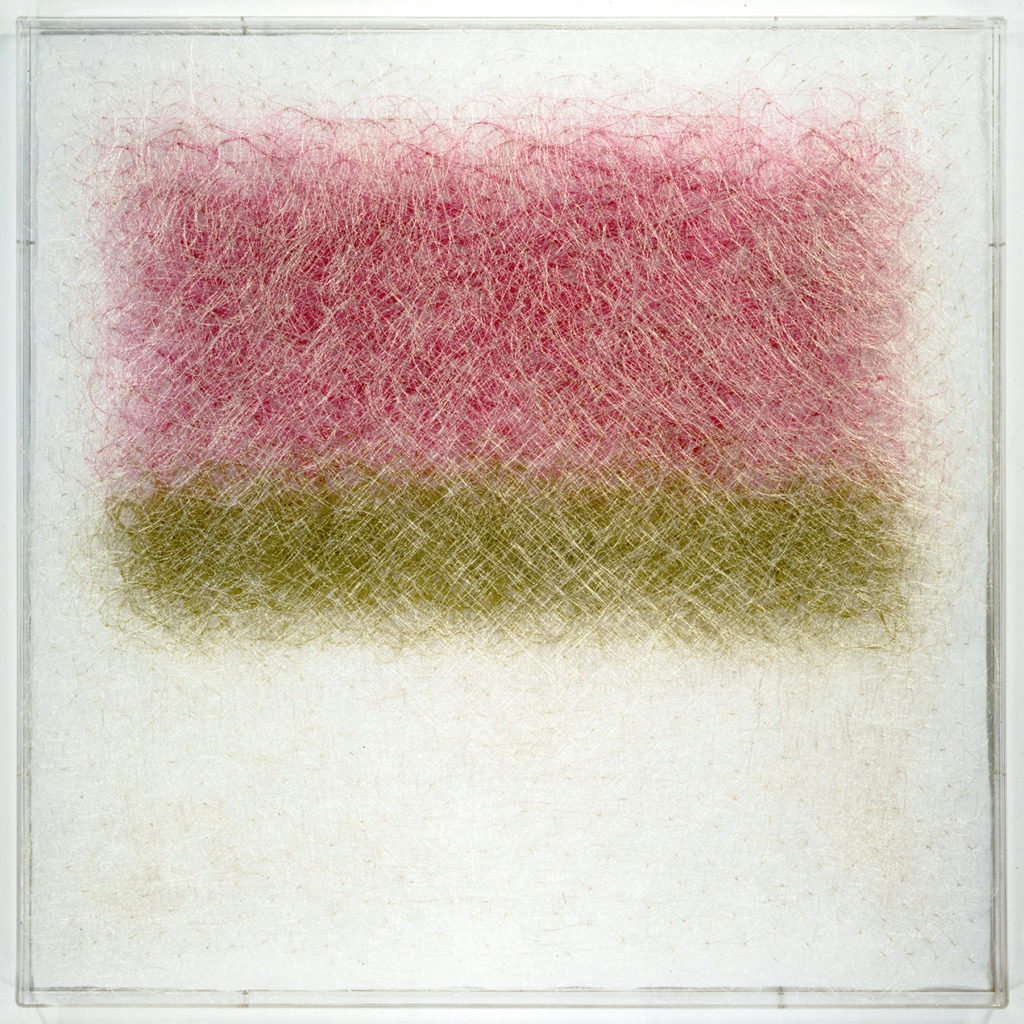 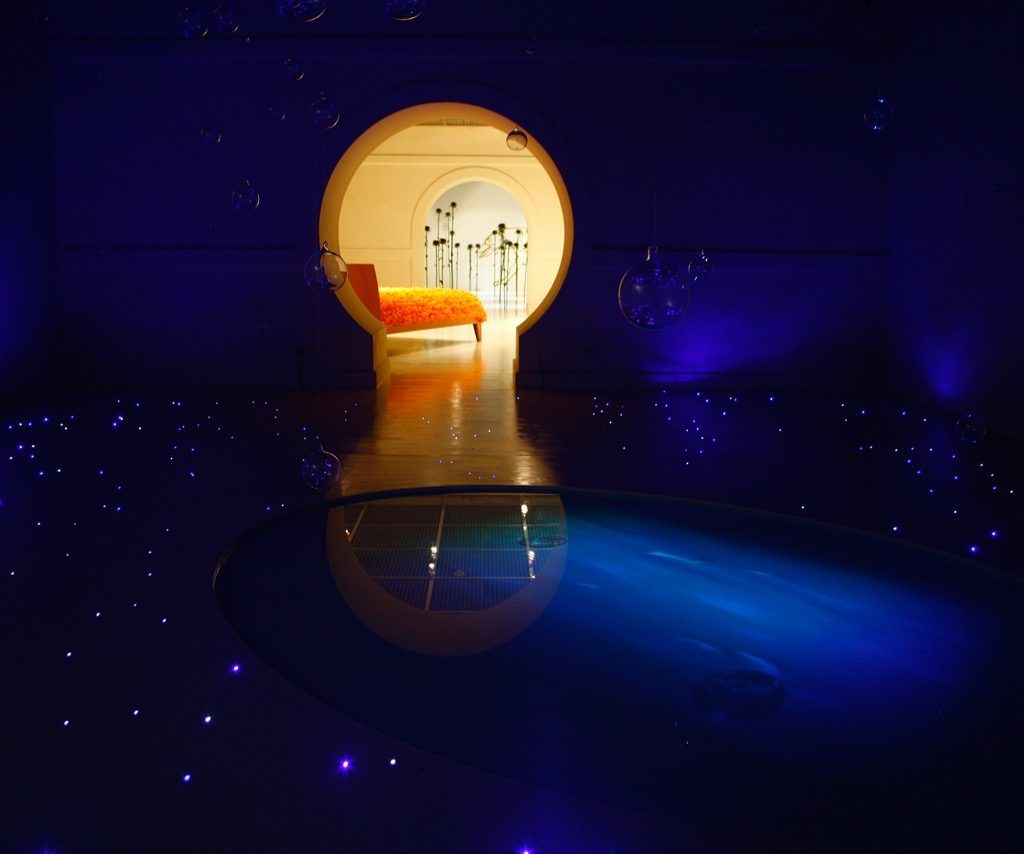 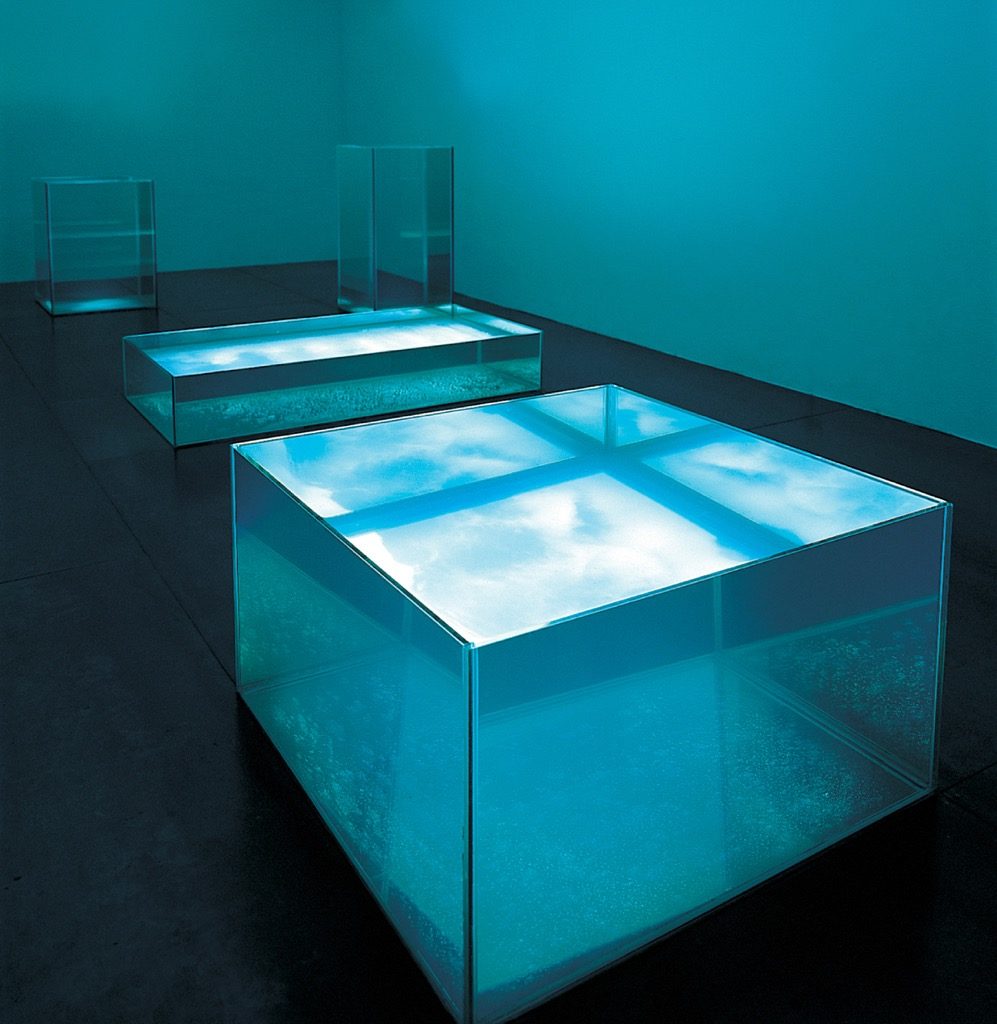 Within Me, Without Me in Space, Within Space
CHEN Hui-Chiao, , Installation Art 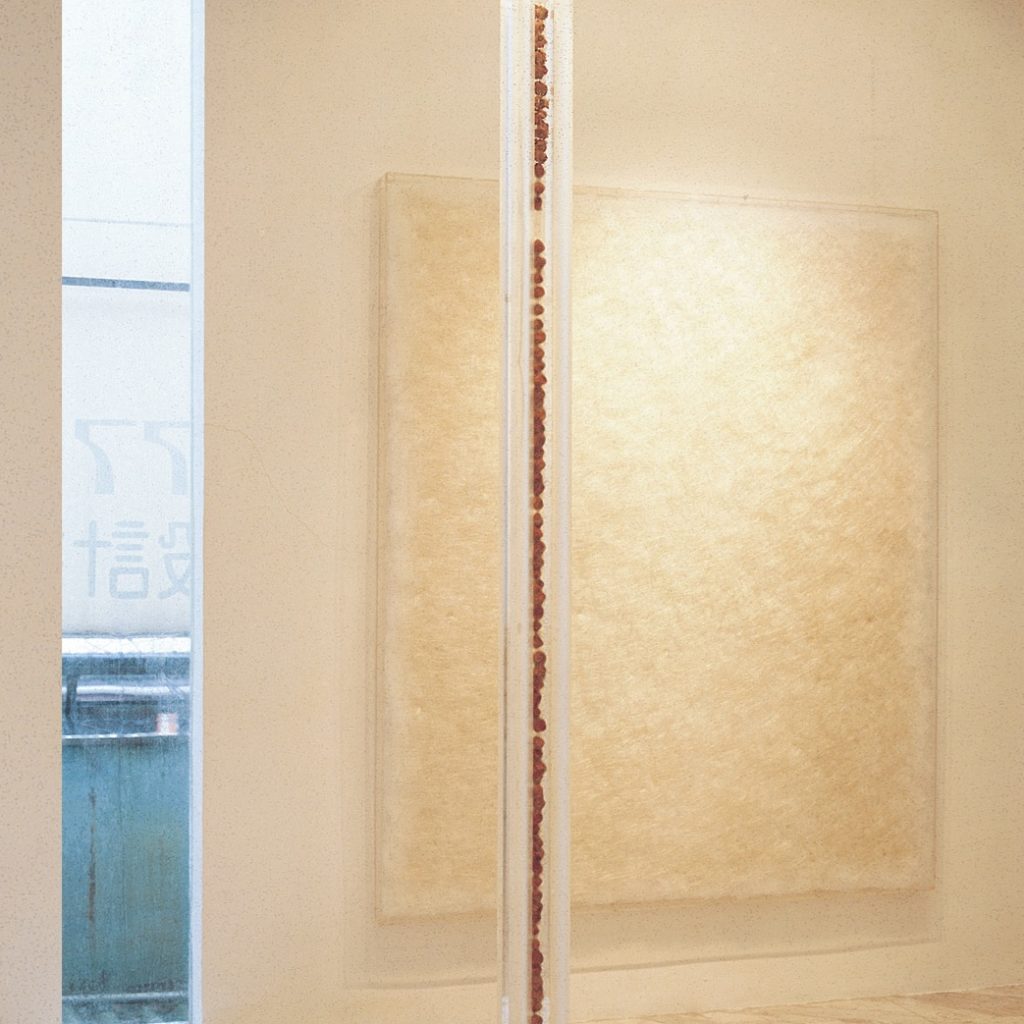 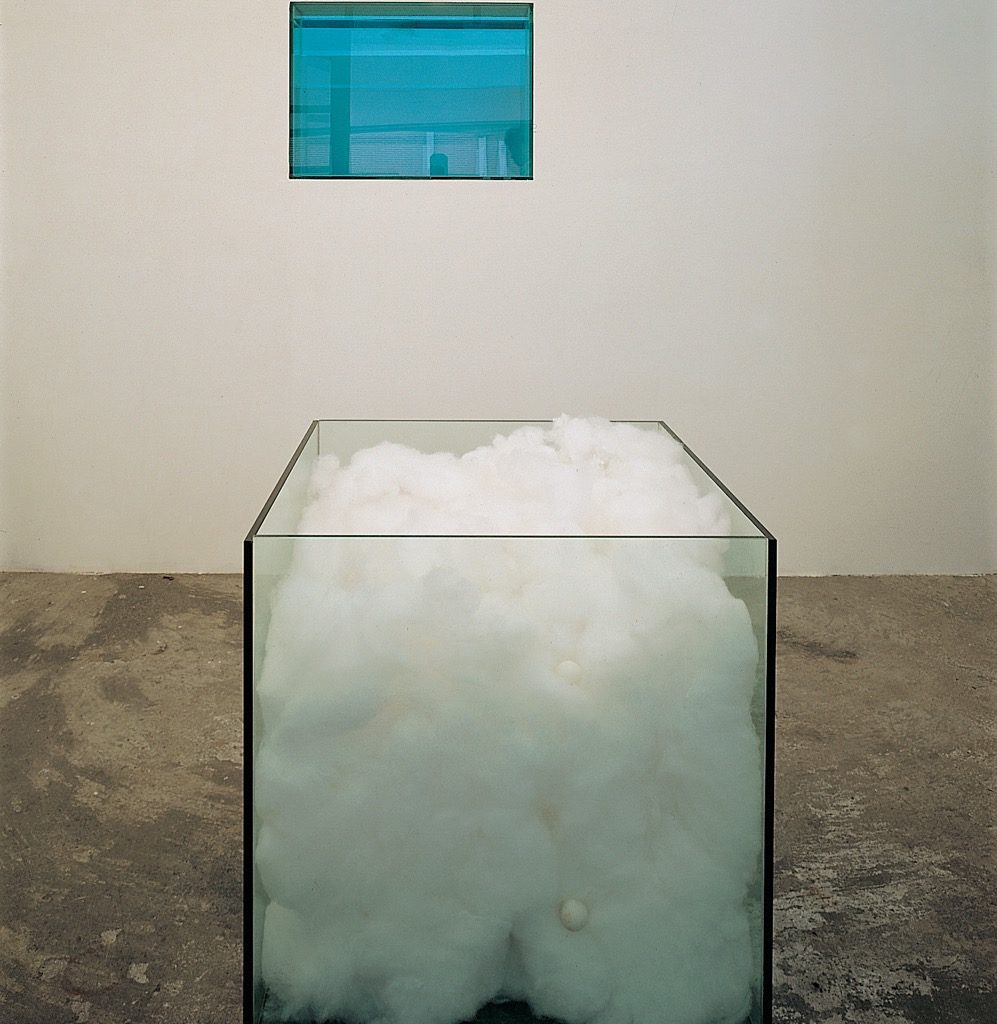 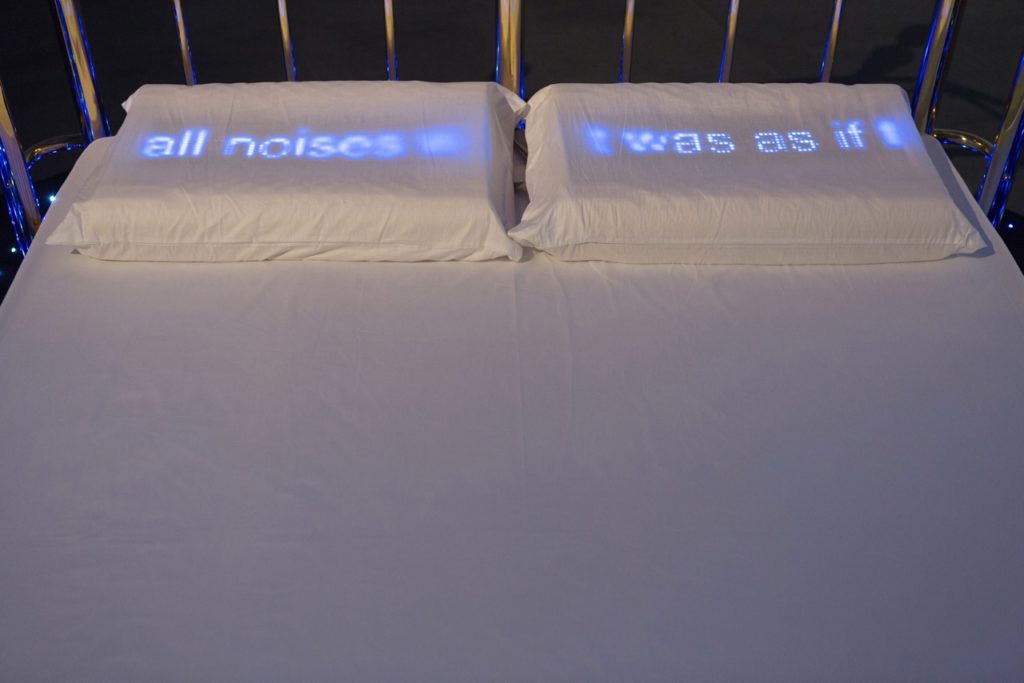