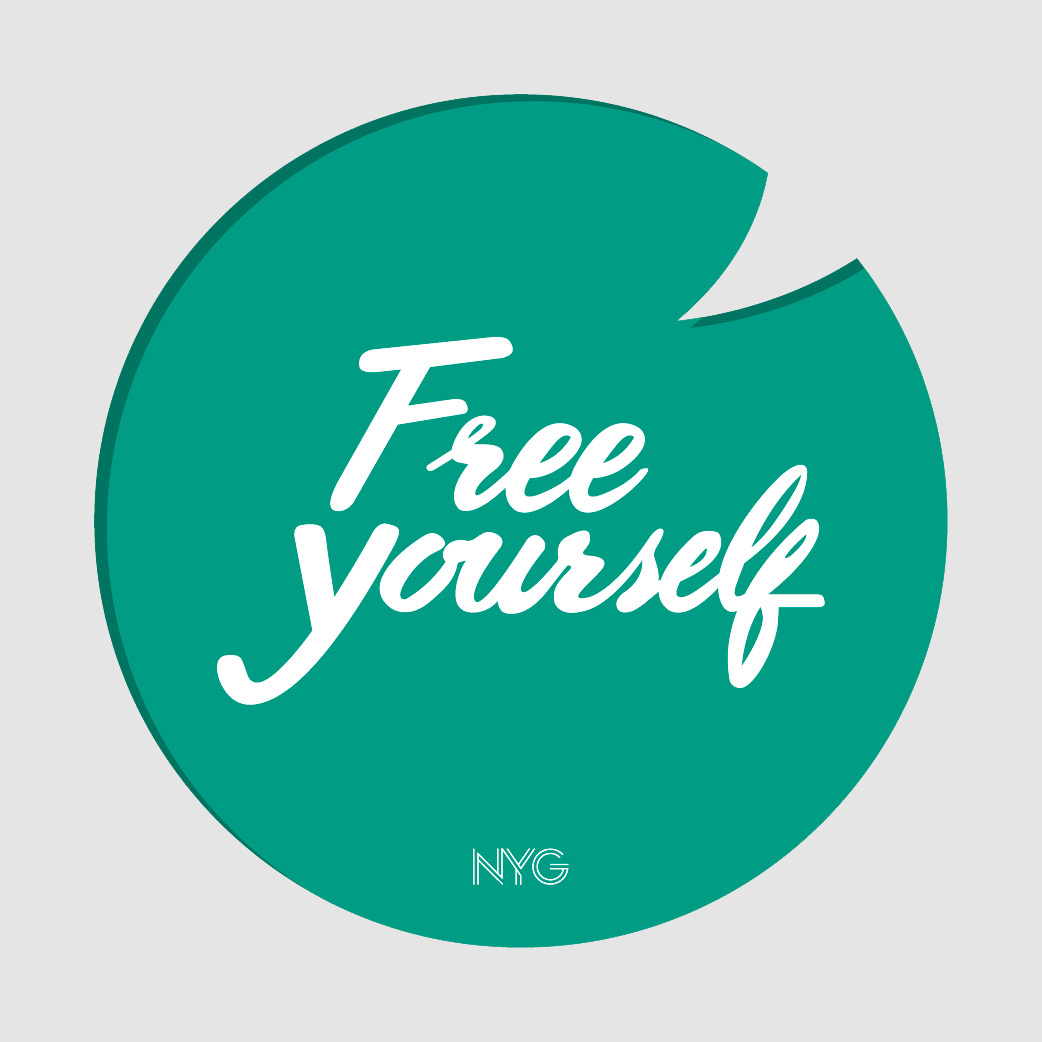 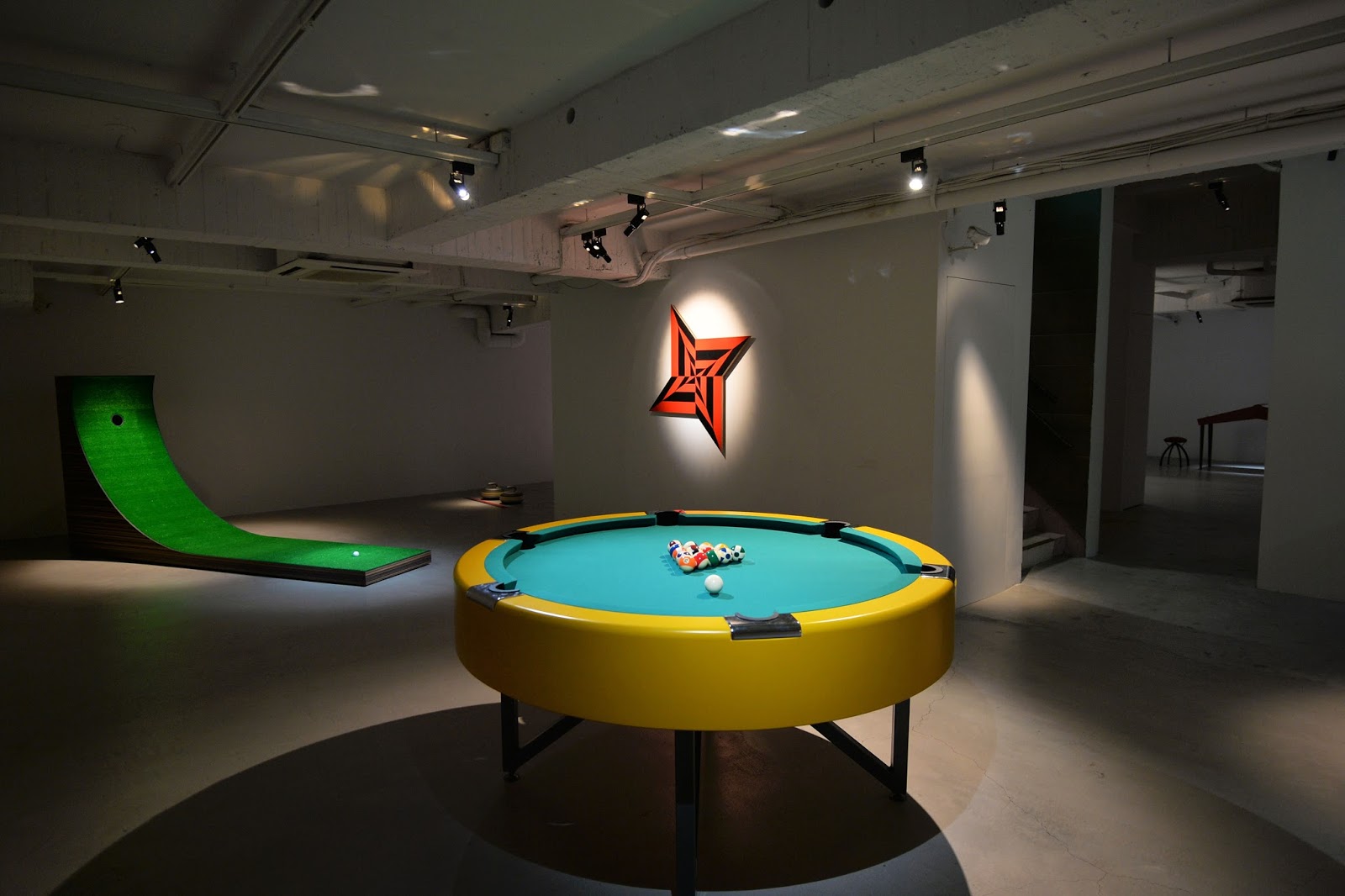 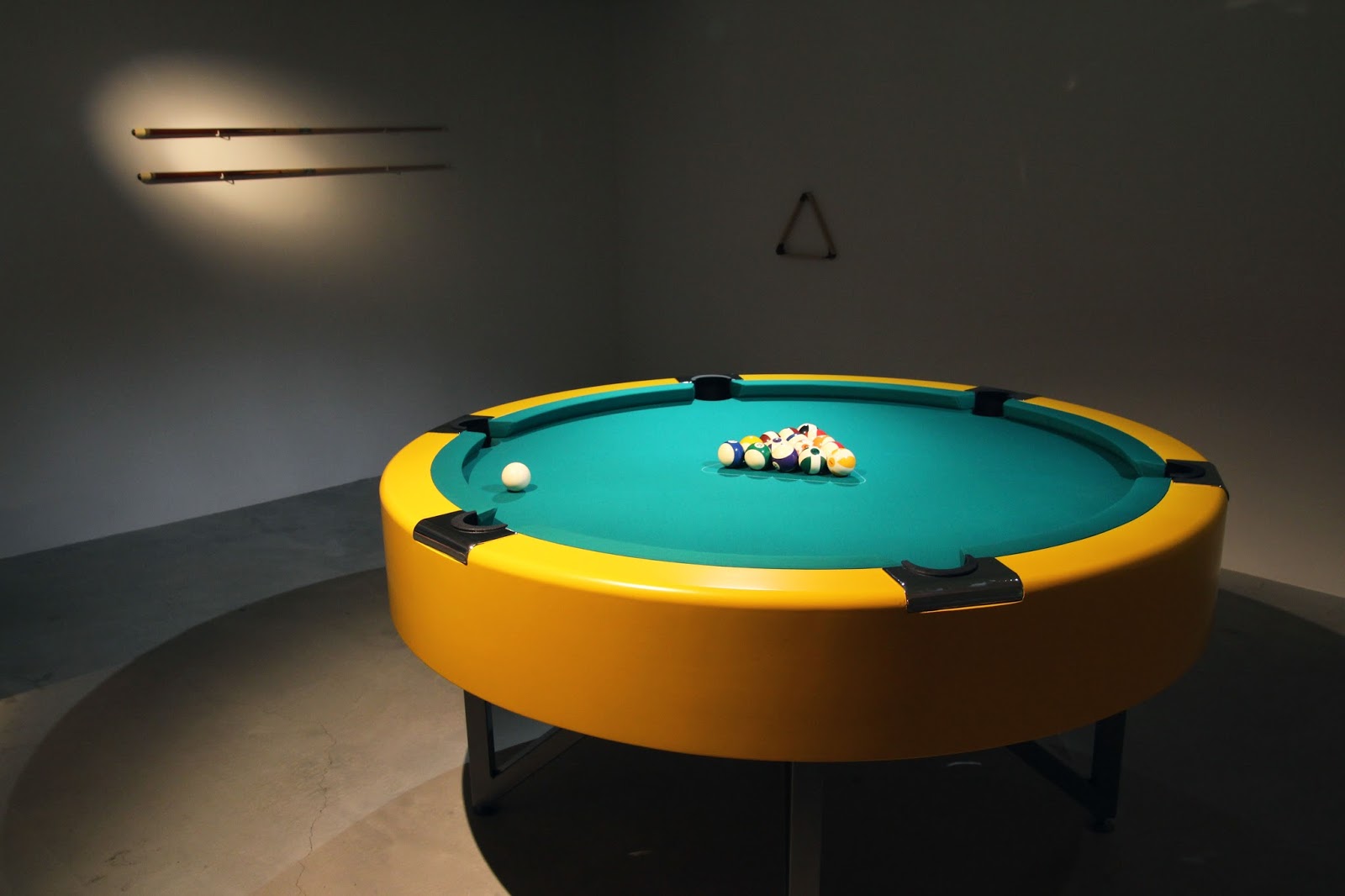 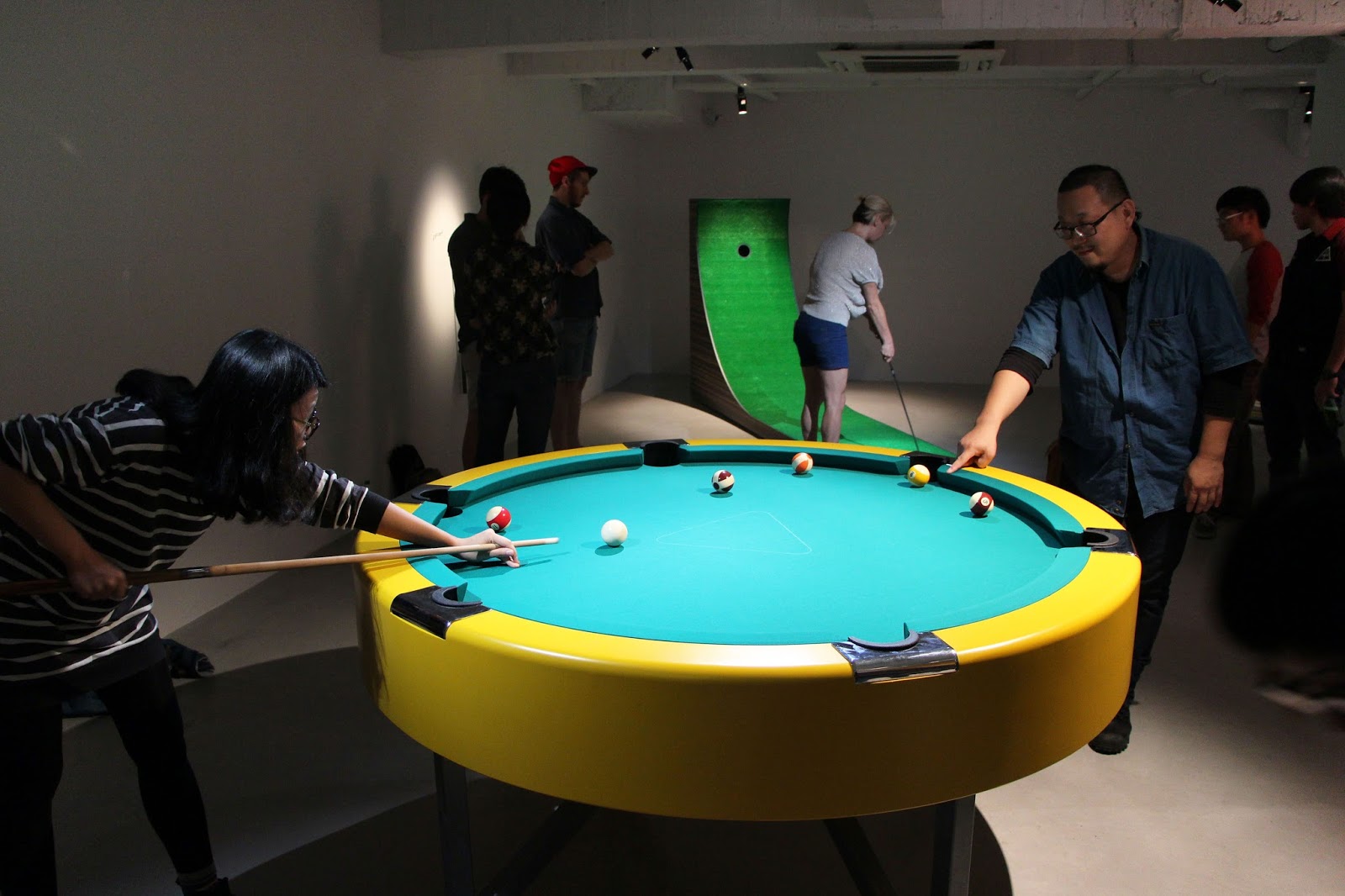 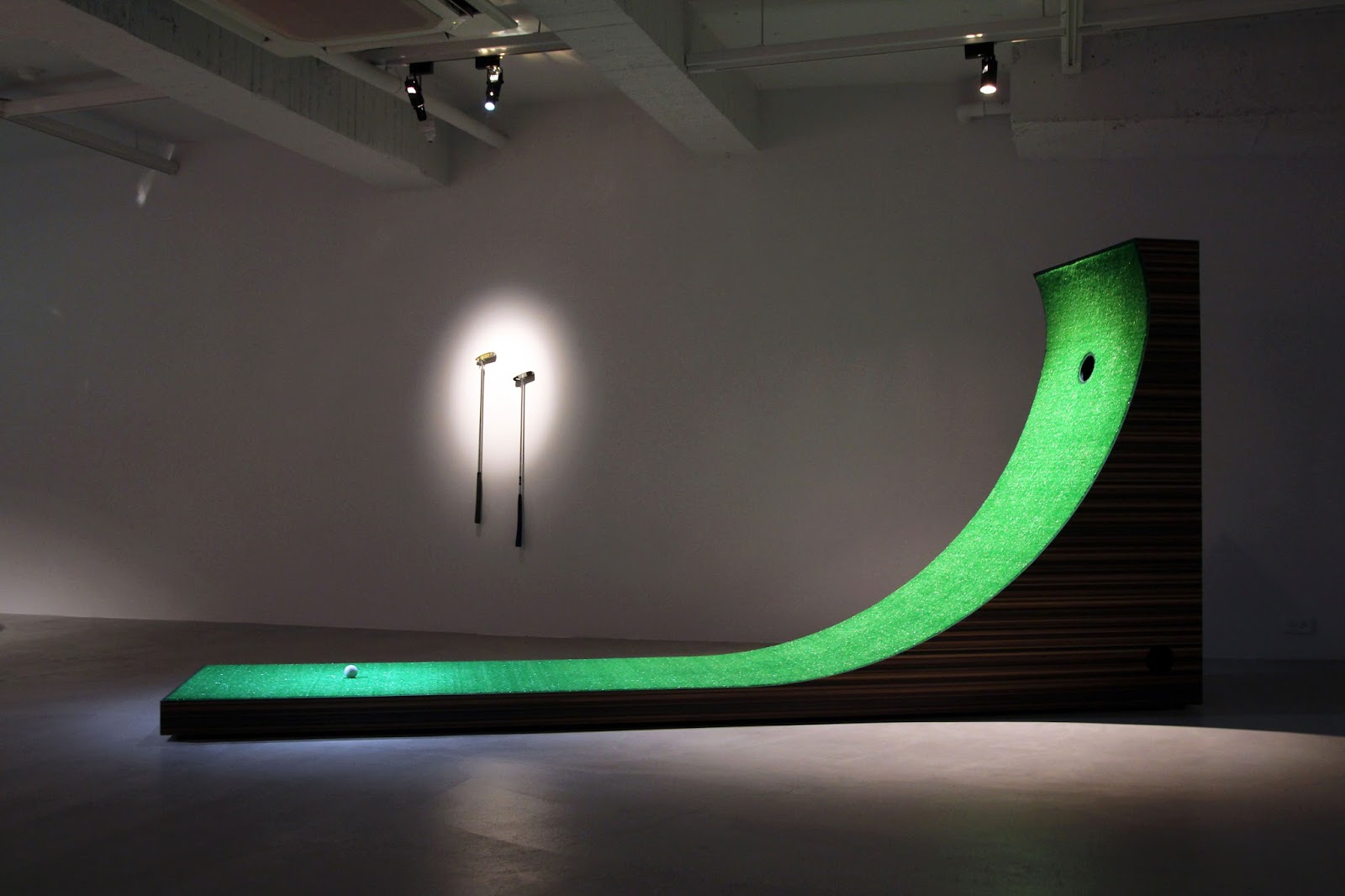 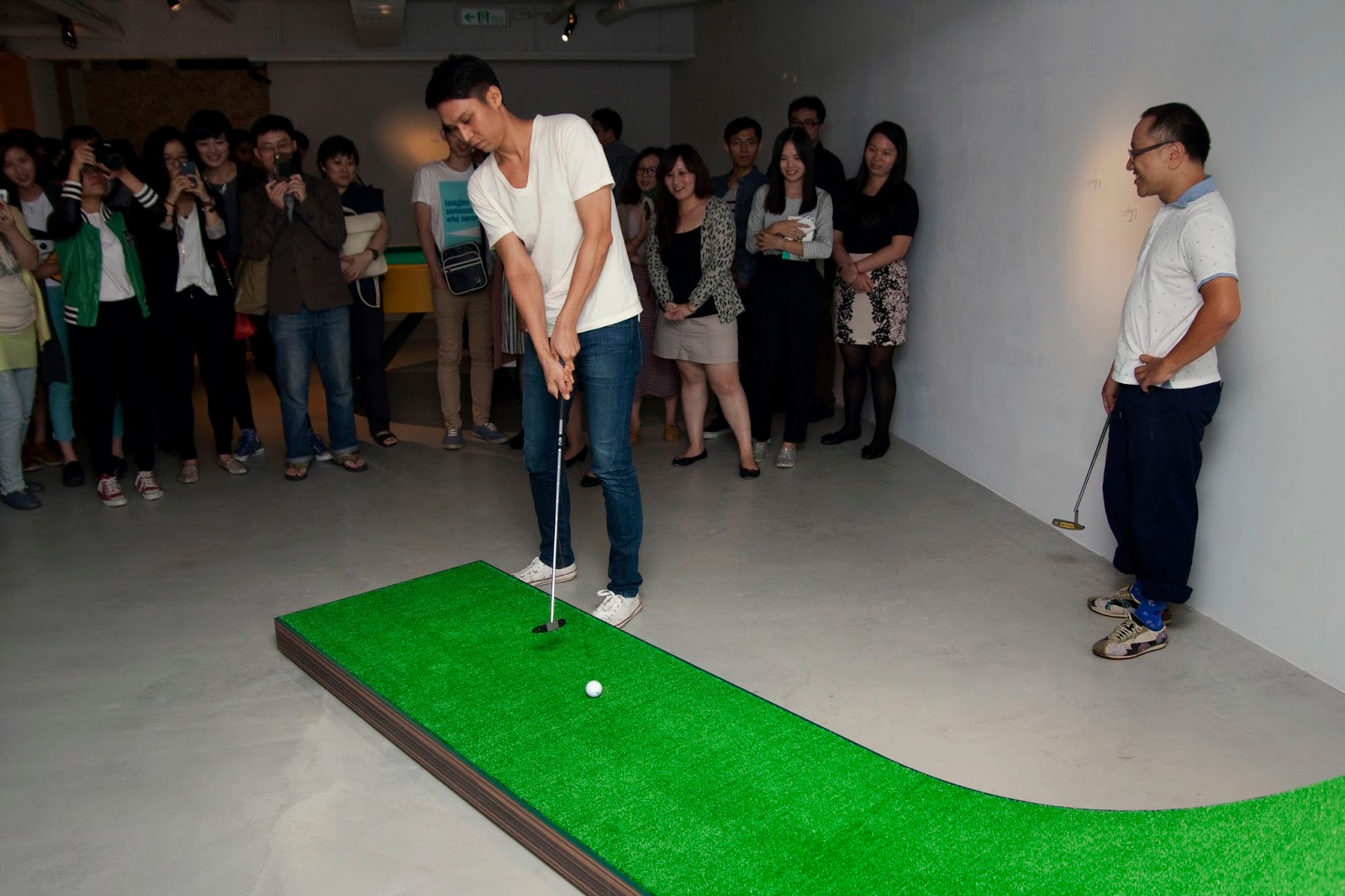 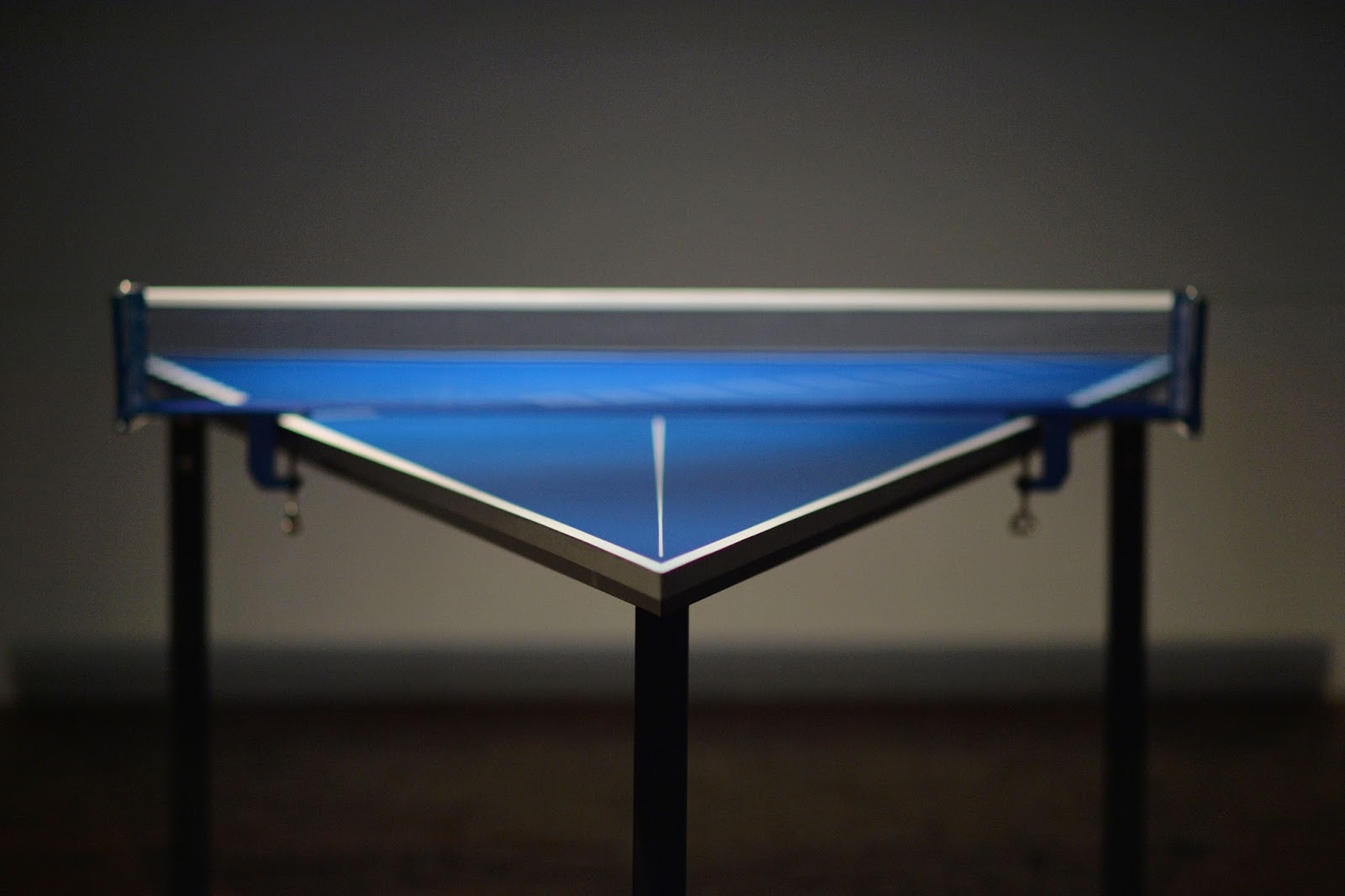 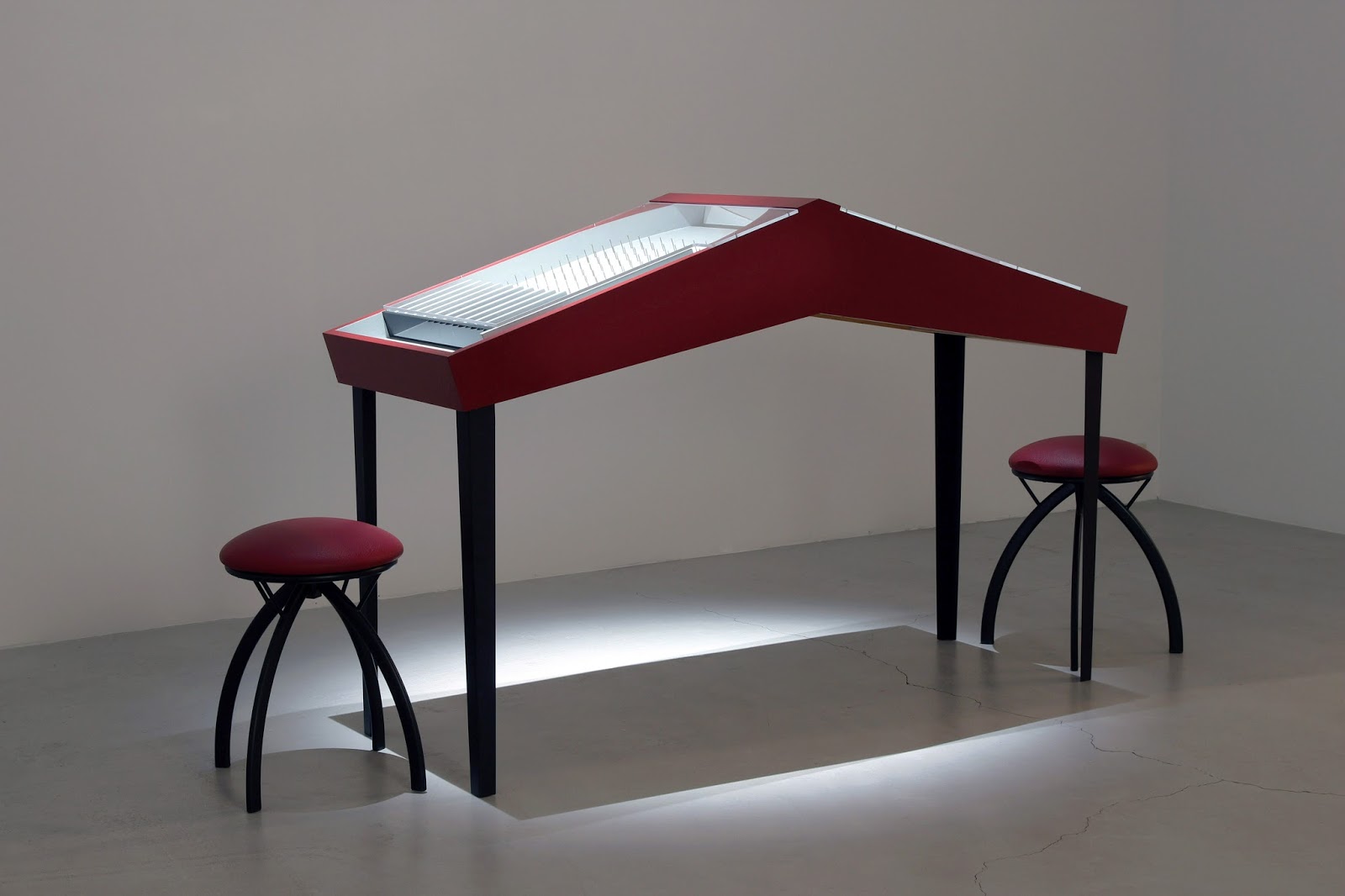 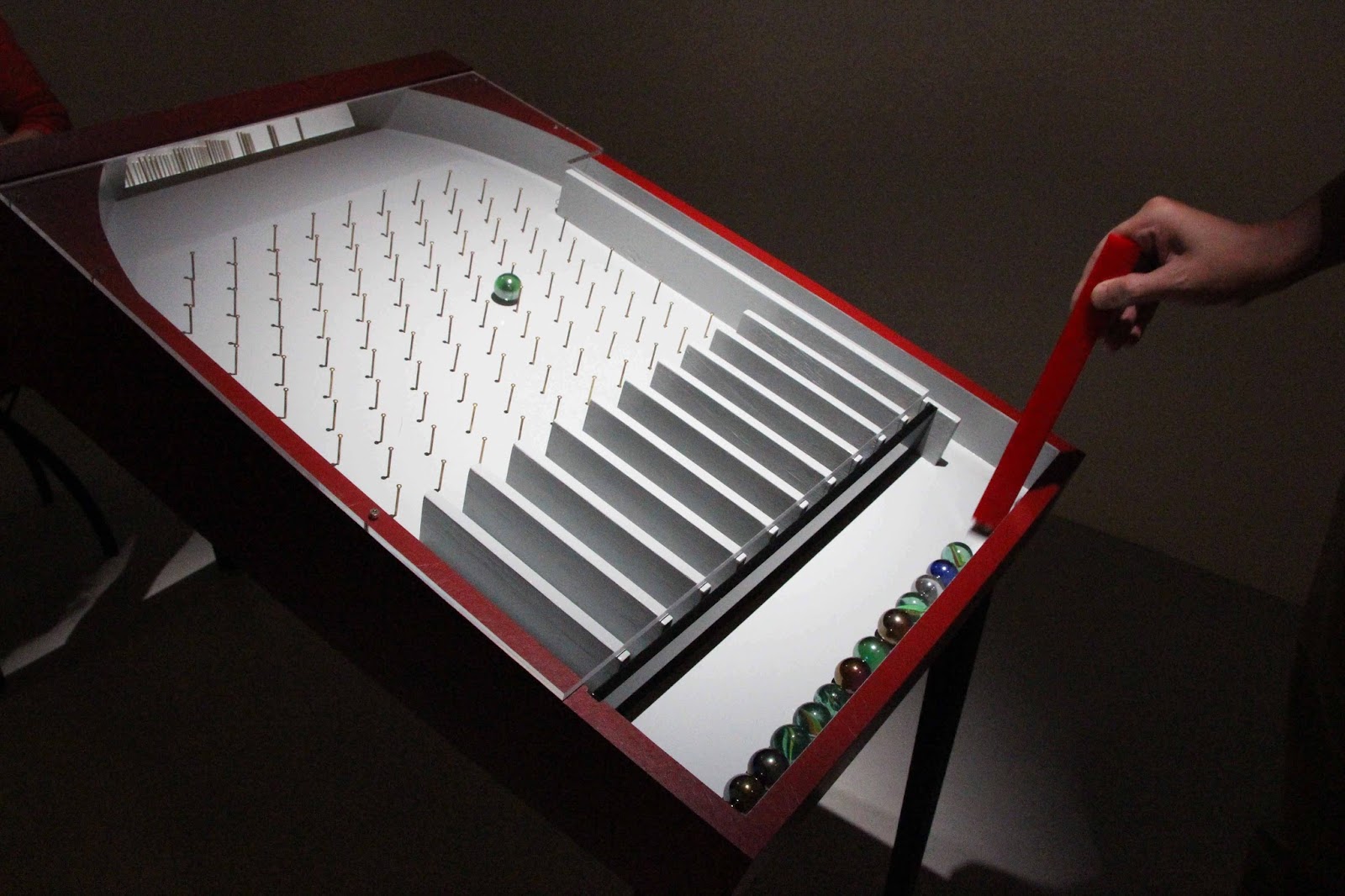 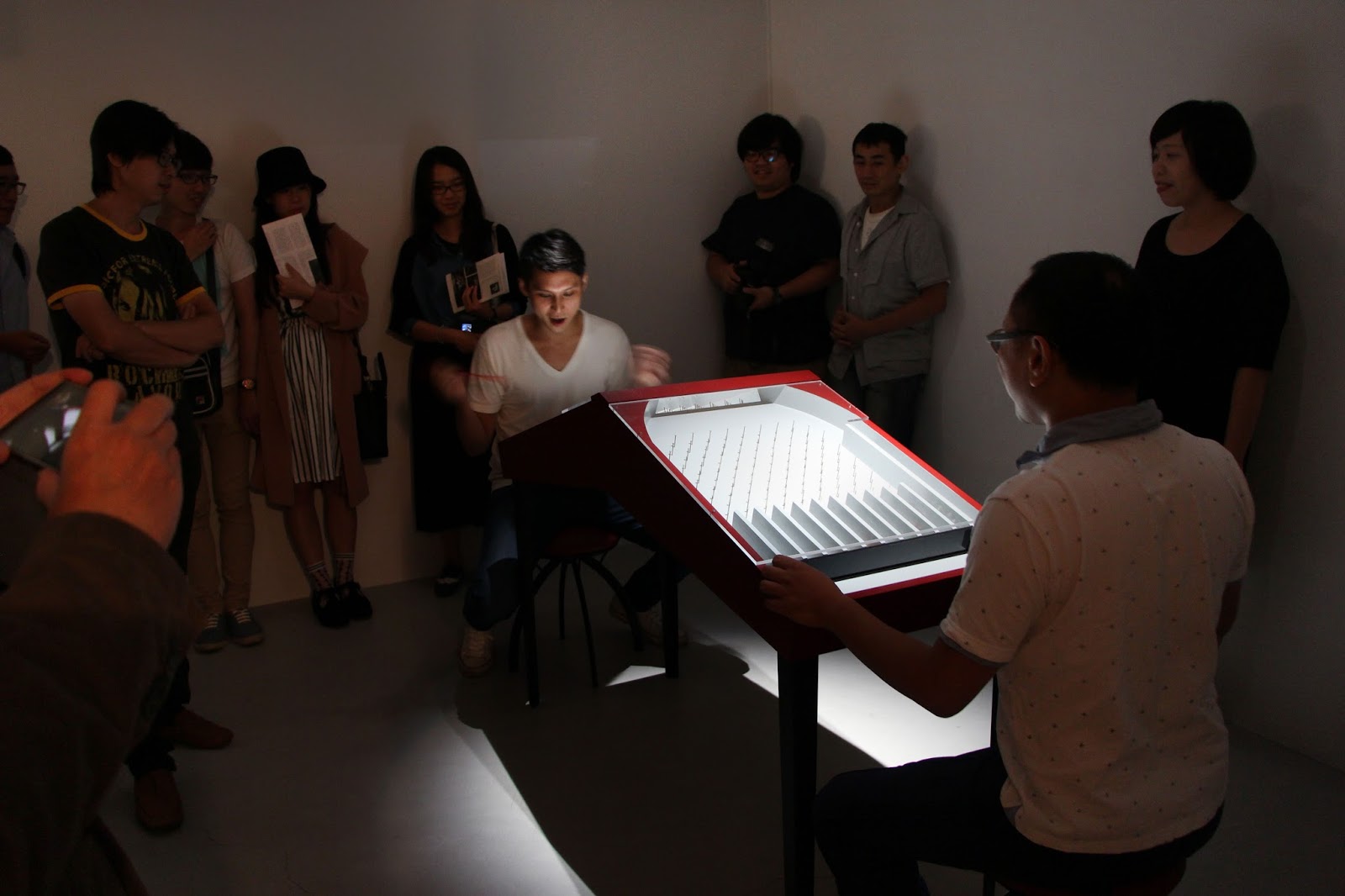 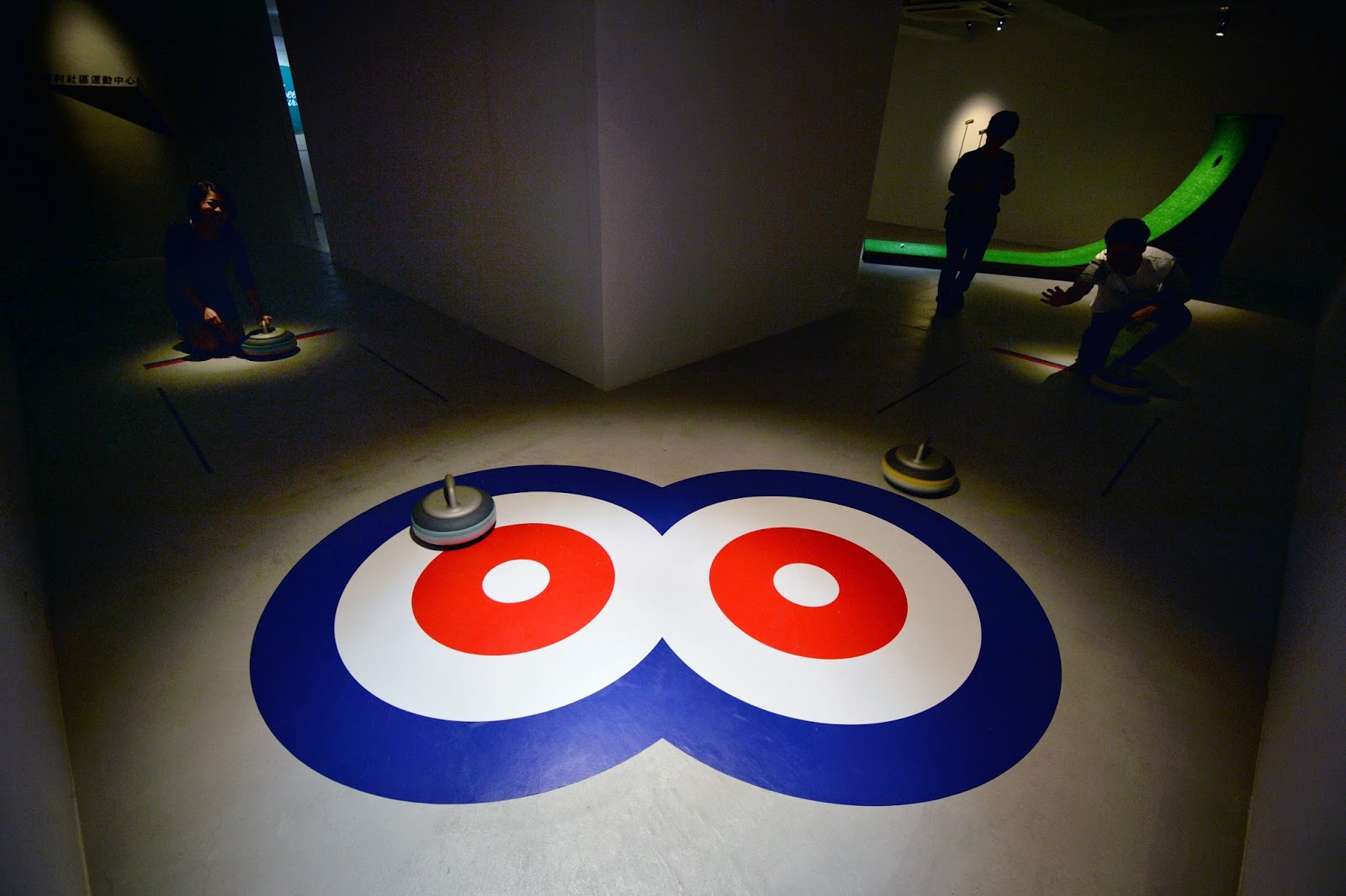 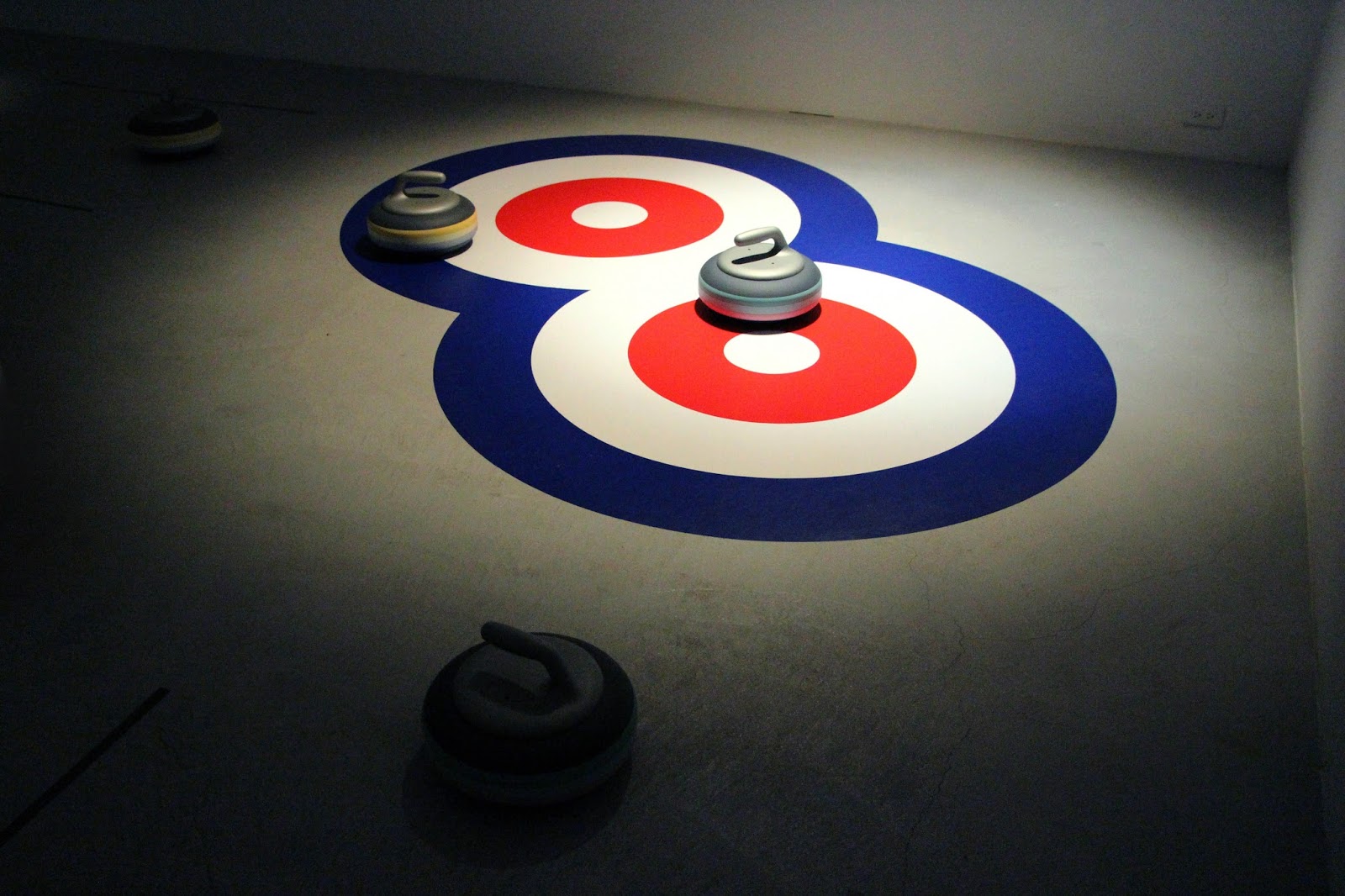 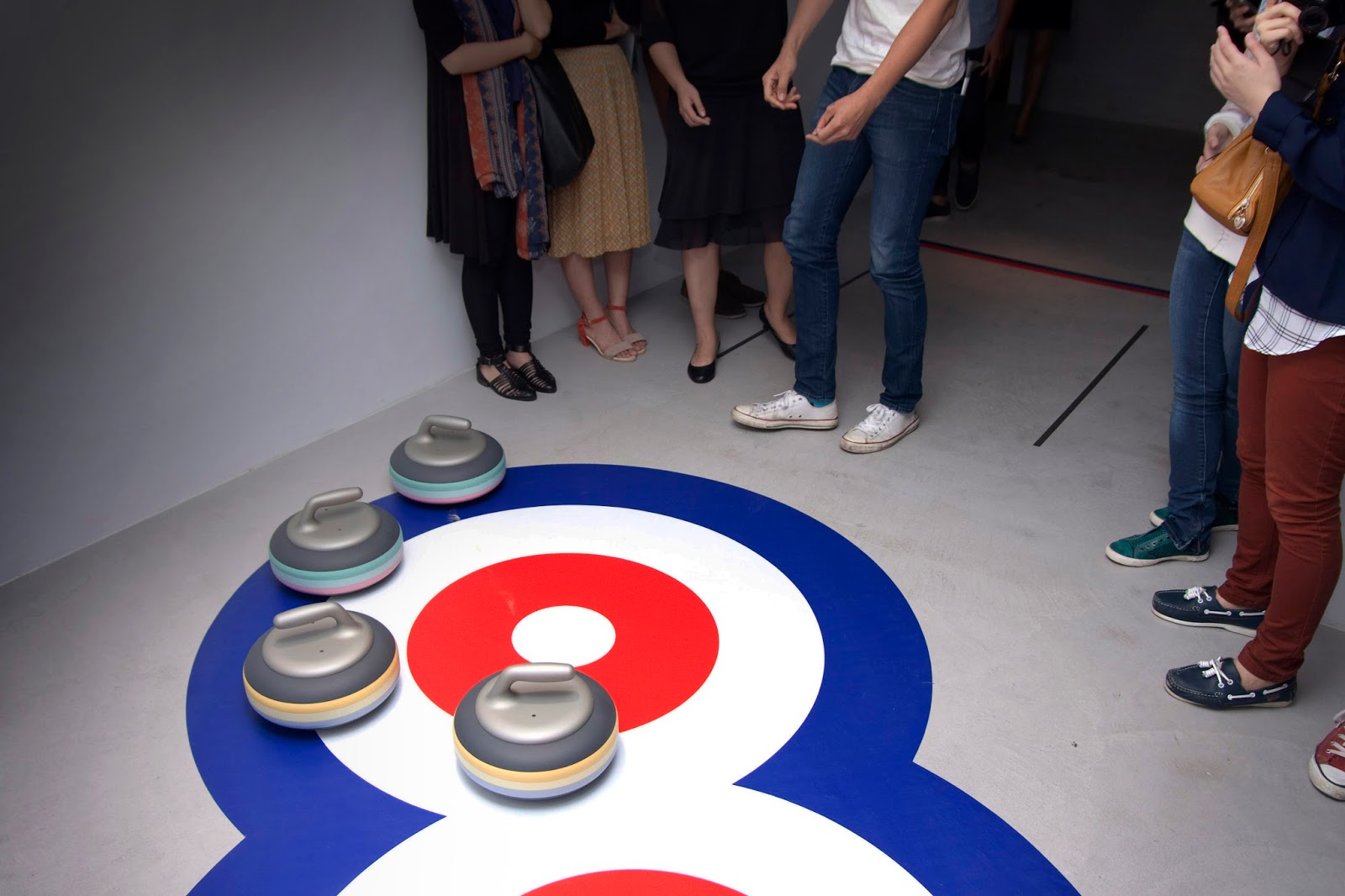 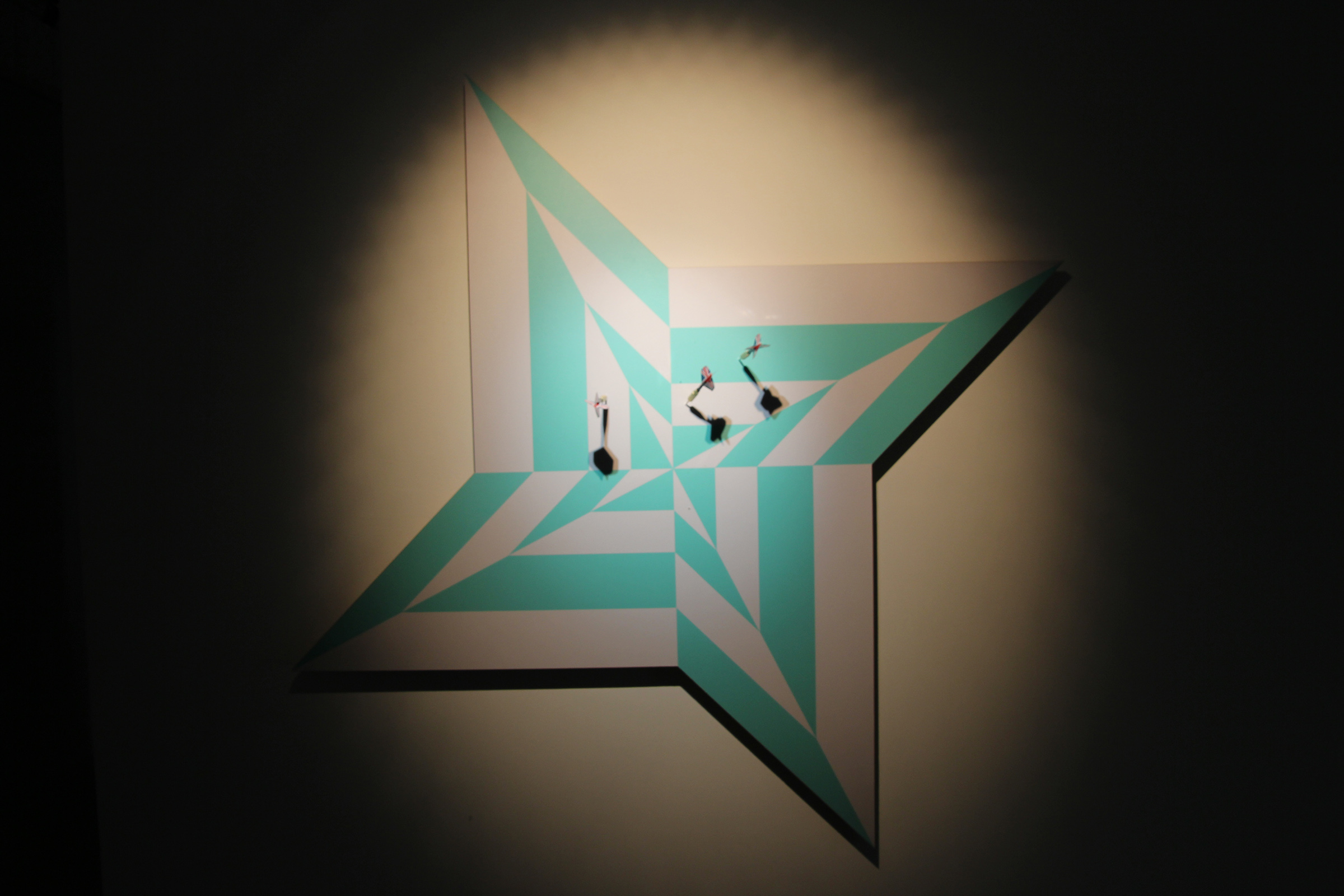 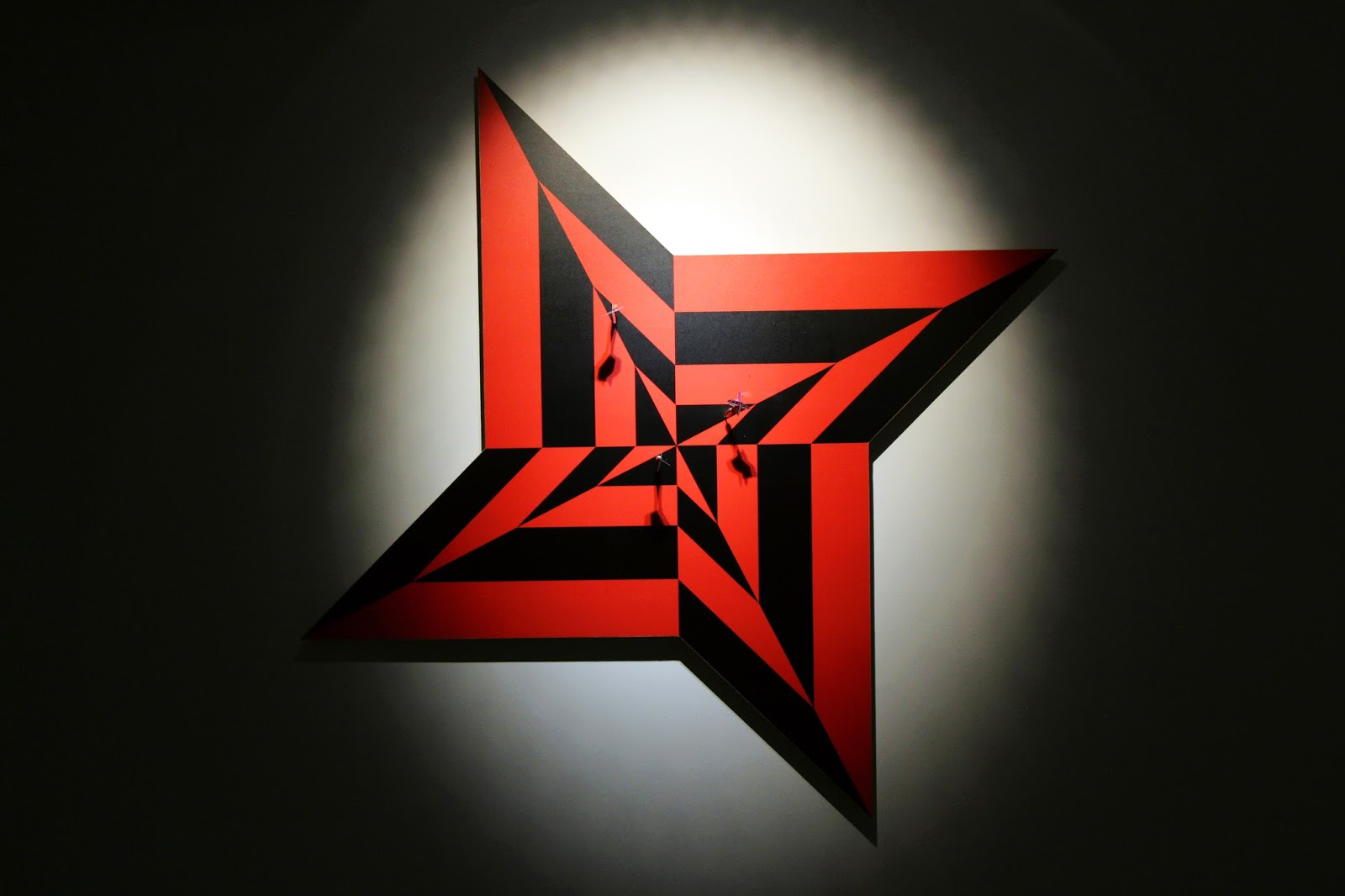 Free yourself – Solo Exhibition of New-York Chi:
The Sports Center with the Best “Welfare” Opens in Chungshan, Taipei
Written by Sandra Tung

Located on the side of Taipei’s first north-south expressway, FreeS Art Space is about to turn itself into a community welfare center, allowing residents free access to various exercise equipment and liberating our imagination about exercise. Right after his artist residency in Tainan, New-York Chi continues transporting his artistic narratives about space alienation to the north. He puts six exercise devices in the exhibition space, providing exercisers with physical experiences to reactivate the responsive techniques in the physical movement with regulation removed or displaced as it challenges the habitual perception of space when time is shifted.

Like the name of New-York Chi comes from the convenience of mutual memorization, his works are often created at the site and based on the specific condition of the space and the persons. Beginning with subject variation to collective sharing, Chi develops the comparative relationship from the process. New-York Chi (Kai-Yuan Chi) was born in Kaohsiung in 1983 and graduated from the Department of Art at National Changhua University of Education with a Master’s degree. In his school days, he turned from the systemic training of painting to a detailed exploration of space/body and behavior/relationship. His works have been showcased at Chiayi Railway Warehouse, SLY Art Space, Stock 20, Bamboo Curtain Studio, Treasure Hill Artist Village, and other international exhibitions. Last year’s Exercise Trilogy Series were shown at Howl Space in Tainan, Crane Gallery in Kaohsiung, and Treasure Hill Artist Village in Taipei respectively, encouraging alienated viewing of the space itself through objects of exercise and the space where it takes place. In Art Square Taiwan’s artist-in-residence project, which was held in this August in Tainan, New-York Chi returned to the city to exhibit/start a real shop “H-o-w-l Store,” where he became the owner as well as the shop assistant of the furniture store. He also hired other female shop assistants for product introduction in both Chinese and English. In this shop, he had to take care of the complicated process of administration, management, and marketing. The shop became his response to his observation on the furniture handicraftsman in the neighborhood and on the history of the city, as it also challenged an artist’s role in art-making.

By handing over the artistic authority in his works, Chi reminds us of the messenger (King Shih-Chieh) in the film Soul. A Chuan (Chang Hsiao-Chuan) asks him that “can you see the bottom of the well?” The messenger replies “why do you believe that everything has a bottom?” If the conversation took place in New-York Chi’s exhibition Free Yourself, he might be able to recapture a “painting of faces /rebirth of art.” The exhibition project of Free Yourself not only makes a response to “the objects of exercise and the body in the space” – the artistic concern in Chi’s works last year –, it also answers the public’s collective imagination of the term “welfare center” in this unique basement exhibition space, which is developed into an exercise space allowing residents free access to both the facility and the artworks. Dealing with sports (table tennis, billiards, darts, pinball, curling, and golf) in a different way makes it possible to observe how body develops a new technique to manage the familiar but yet strange objects as well as how body repositions a responsive gesture outside the well-accepted rules to show the uniqueness of body.

In a state of constant variation and migration, Chi selects the sensitive ones from the city’s partial variation to body’s, sharing the places with one another through the practice of a roamer’s survival skills. It further pushes artistic imagination into the real-life narrative to create a new transition for body. If roaming is to target one’s position so that one can take immediate action to the environment, waiting for variation should become the prototype of sport which New-York Chi frequents. Free yourself – Solo Exhibition of New-York Chi will be held between October 4, 2014 and November 1, 2014. Opposite to Taipei Chungshan Sports Center, Free yourself invites everyone to enjoy the welfare sports in the basement under Hsinsheng North Road.

I still remember when I was still a child, before I learned how to swim, I always imitated the movements in the bathtub, pretending to dive in the water and to swim forward until it took no more than one second to reach the end, and my body would continue to “swim” without noticing the limited space. However, I lost the skill in my first diving experience right after I learned how to swim. I had no intention to move at all, with my body immersed in the borderless fantasy. I felt I was closer to myself than ever. As a person who has gained fifteen kilograms in four years after moving to the south, I did not consider myself to be the right one to talk about New-York Chi’s recent works. However, thinking of how Chi mentioned “the inspiration of my works originated from Glutinous Rice Turtle” when we talked about our previous works, I realized both of us could look back to see if we fell beautifully.

Here, I want to make clear that New-York Chi’s works have never “had a fall.” We can always see the prototype of “Glutinous Rice Turtle” as well as the essence of its context, including the substantial shape, the relationship based on mutual sharing, and the subject which has disappeared after being shared, in the narrative of his previous works. However, this time, New-York Chi again alienates the corresponsive relationship between body and space through the extension of transitional time and the works which remain in sight. We may begin with last year’s Exercise Trilogy Series. Exercise Trilogy includes Chi’s Blooming without Reasons, a work created during his artist residency at Treasure Hill Artist Village in 2013, Triangle Table at Crane Gallery, and Octagonal Circle at Howl Space. In these works, the artist examines how body varies in different spaces (the crowed hill with fragmented space, the geometric structure, and the meandering streams and alleys respectively) through sports such as badminton, table tennis, and hula hoop.

Each of three sports, created as the response to the space, reminds us of a strange pleasure originating from the alienation caused by the disappearance of certain space. They also echo New-York Chi’s self-description of how he “loves wandering” and extends a multiplication technique beyond one’s experiences through a progressive path of “multi-perceptive complex” as one “frequently practices to avoid precision.” In some aspects, the sports evoke the unrestrained sense of time and physicality which we were once familiar with, like how we used to walk out of the door or the classroom to play badminton with friends, dig a hole and draw an arc to play marbles on the ground, or string the rubber bands together to practice rope skipping. We enjoyed the empty space by running, jumping, waving our arms, or chasing each other right at the moment when we entered the space. (Perhaps we had too many empty spaces so we were always warned by parents that we should not go to these places if not necessary). It was a time of physicality when we could fully enjoy the outer space and interpersonal intimacy as we enjoyed a homemade dinner.

About eight years ago, New-York Chi switched from the training in painting to site-specific art and performance art. He was developing the alienation skill inward and outward at the same time. During the sharing process, he waited for any kind of changes to take place. The circular pool table, triangle table tennis, one-person golf, two-person curling, aimless darts, and two-way pinball in the artworks demonstrate the transitional bodies and the sport skills which have been deprived of a sense of space/direction in the specific space. It liberates our imagination of “body in sports” in a self-restrained public space, revealing the instinct reaction as he attempts to awake body to confront the constantly changing environment as well as the healthy movement/disturbance in any specific relationship and space in modern life. We might try to deal with all the expected circumstances with our living bodies which are both familiar and strange to us, but this month, let us alienate our gestures in the unknown world, walking out of other’s bathtub to embrace our limbs. 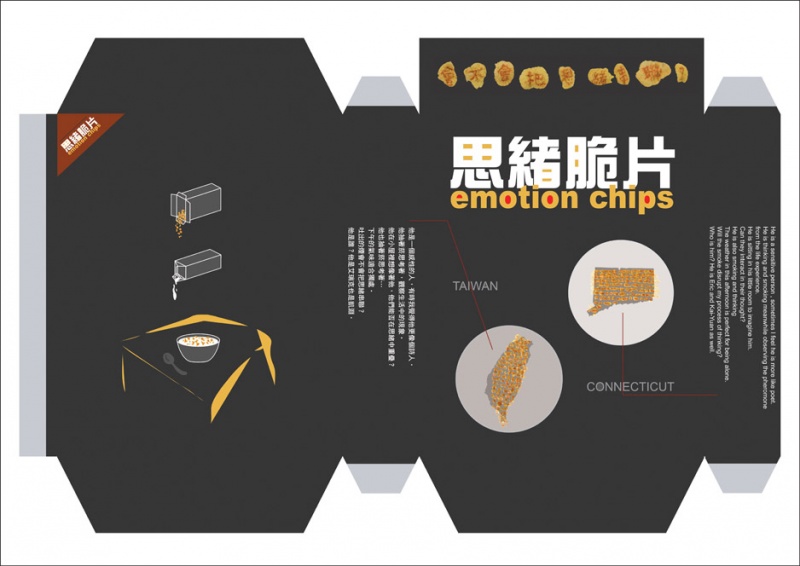 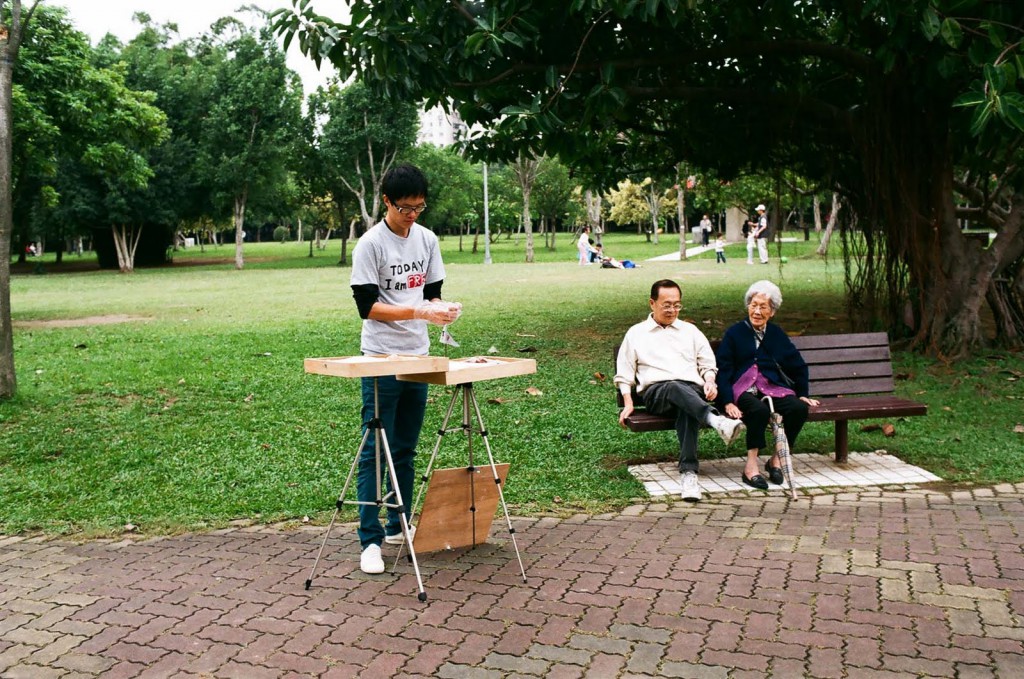 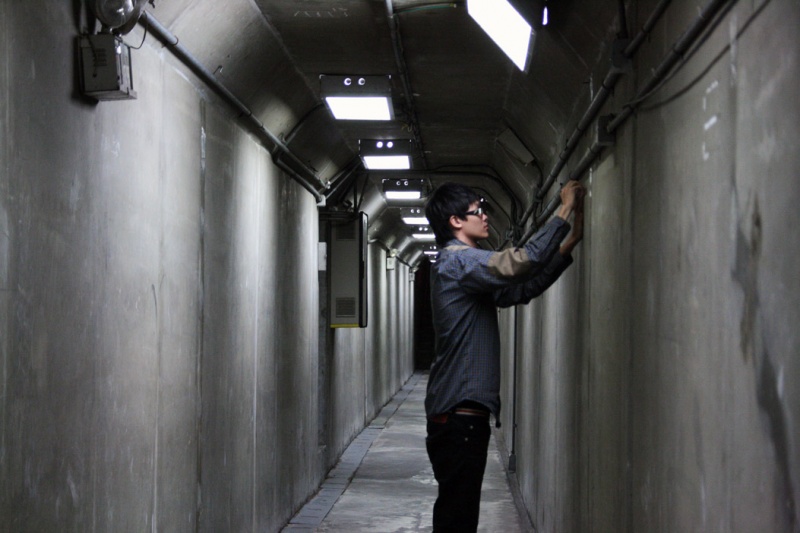 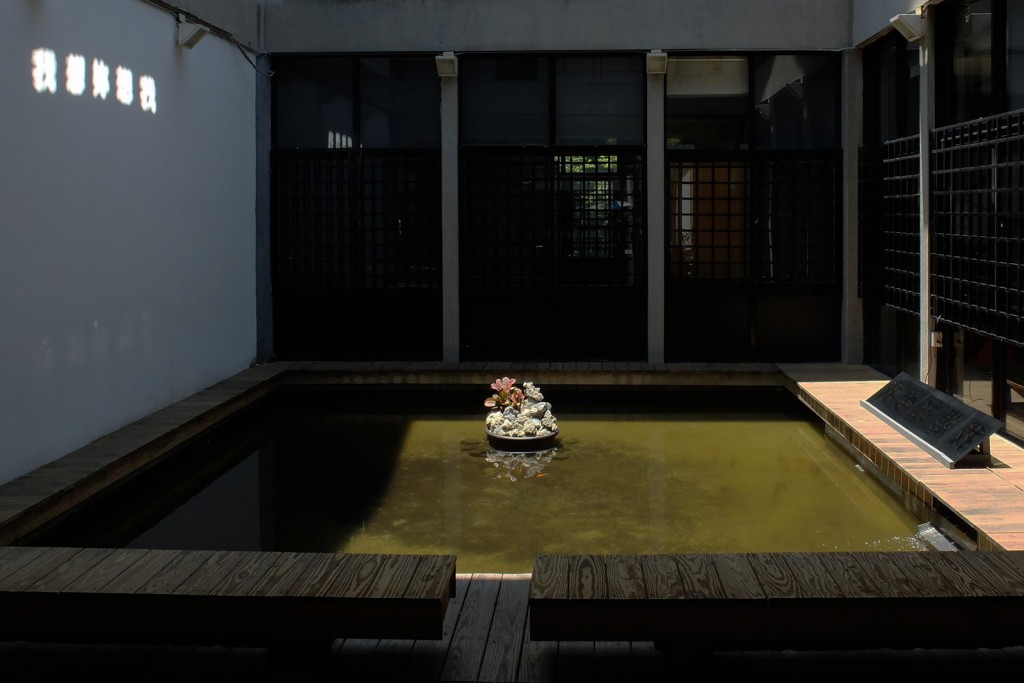 I miss you miss me
CHI Kai-Yuan, , Installation Art 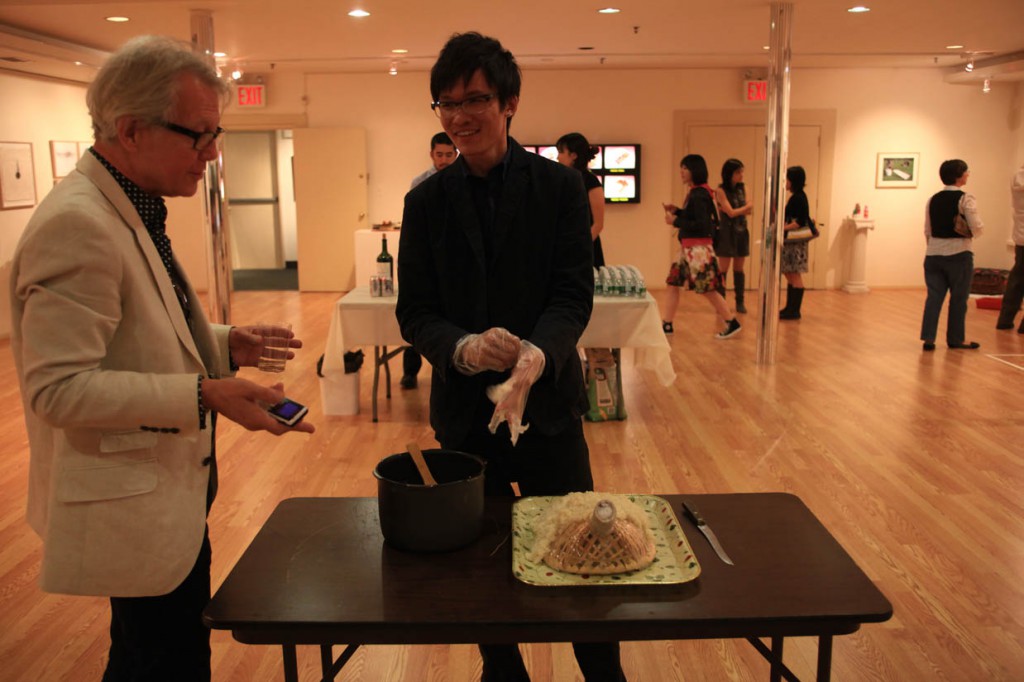 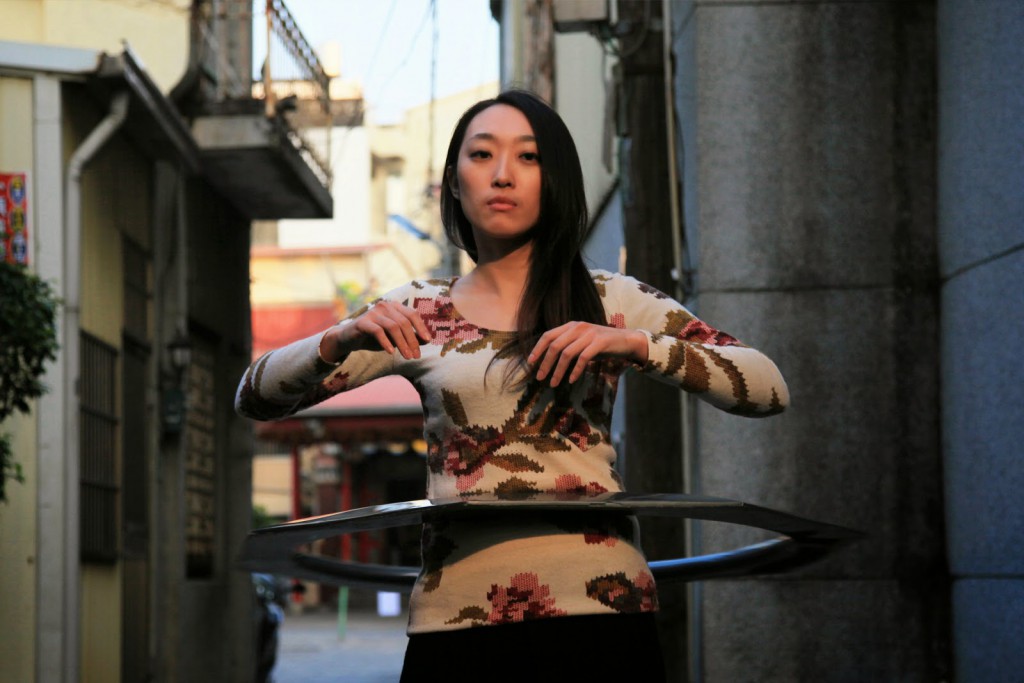 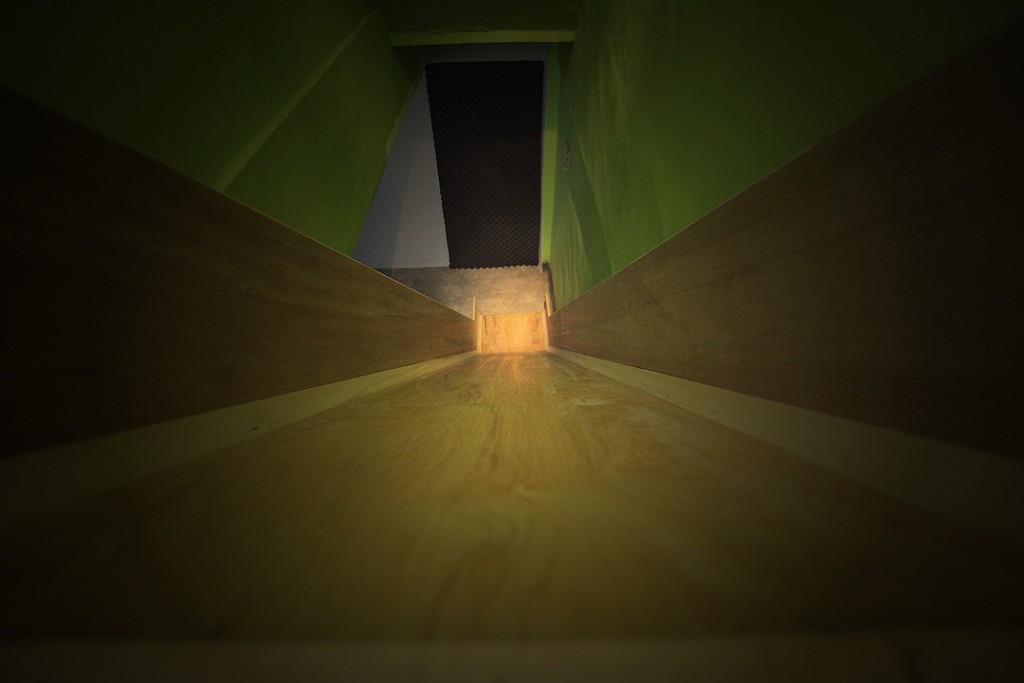 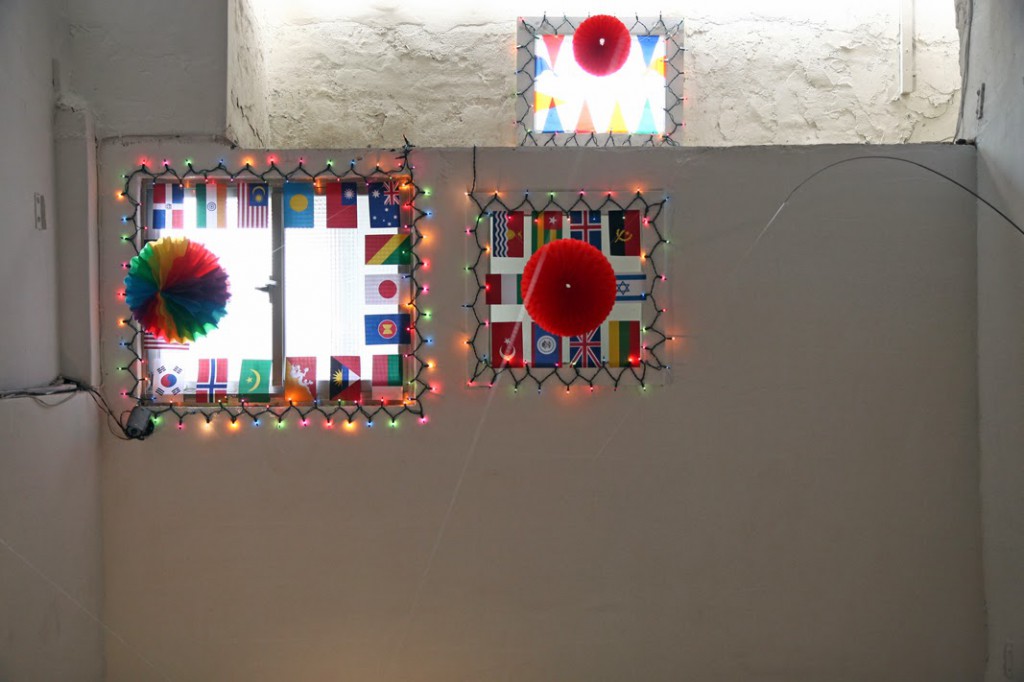 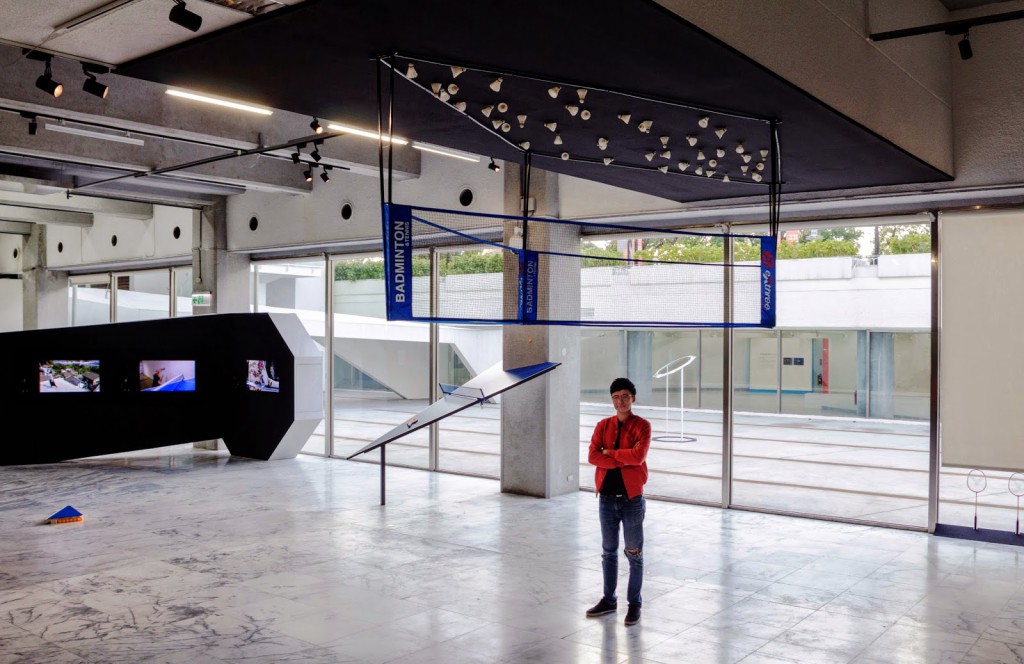