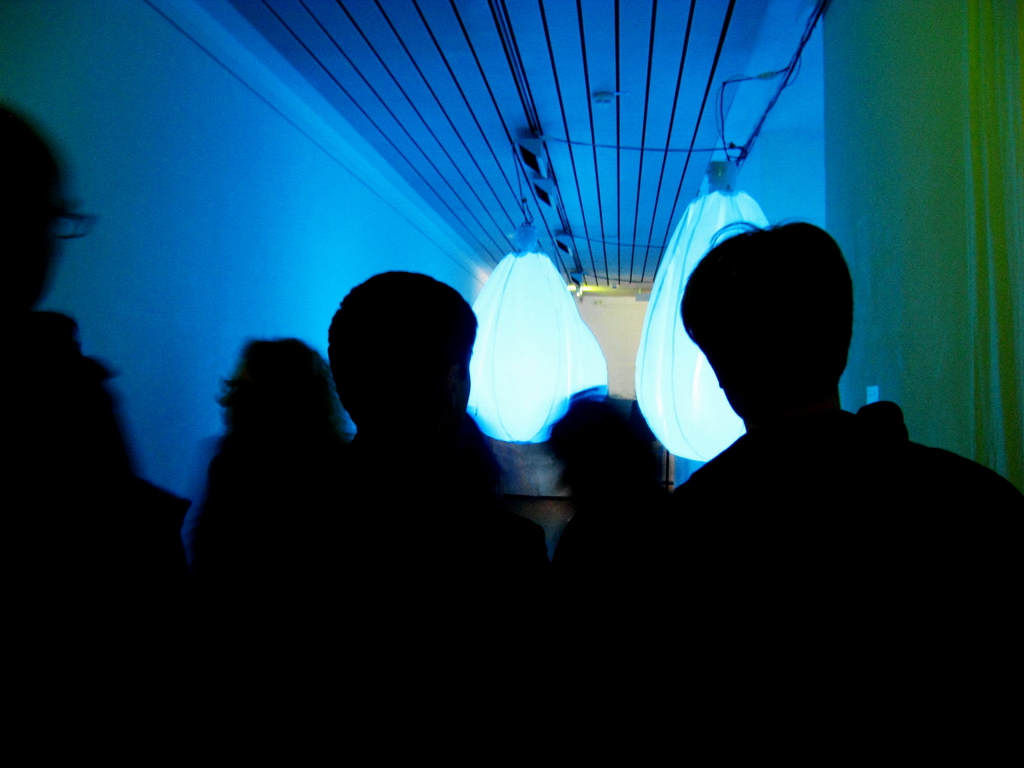 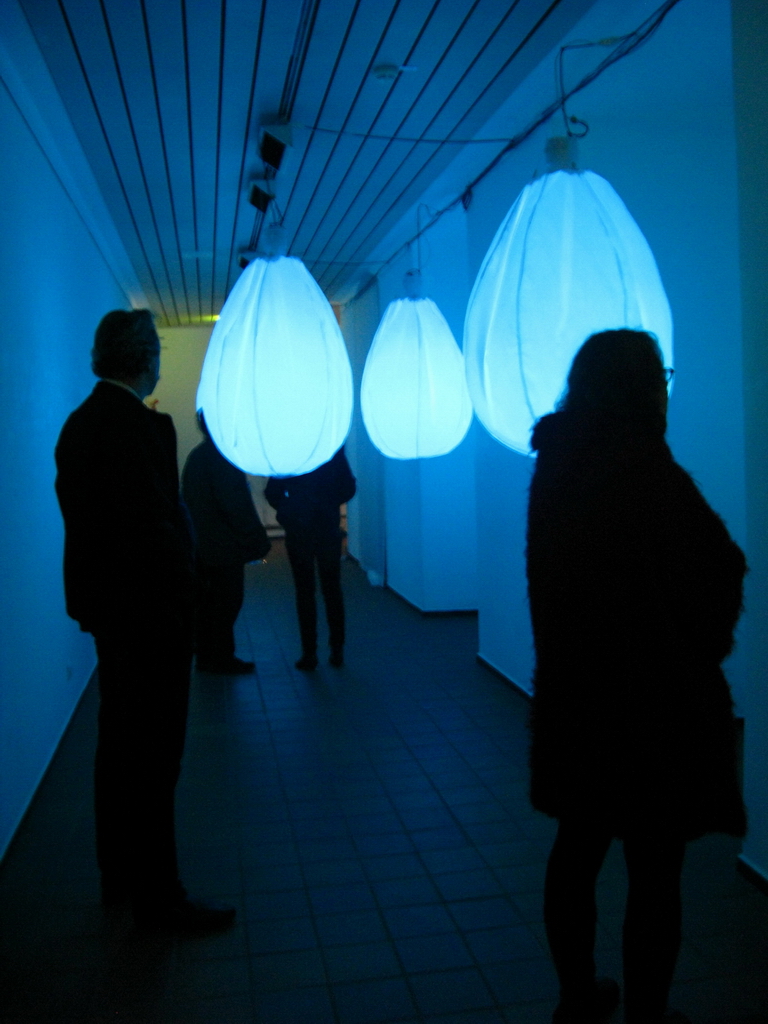 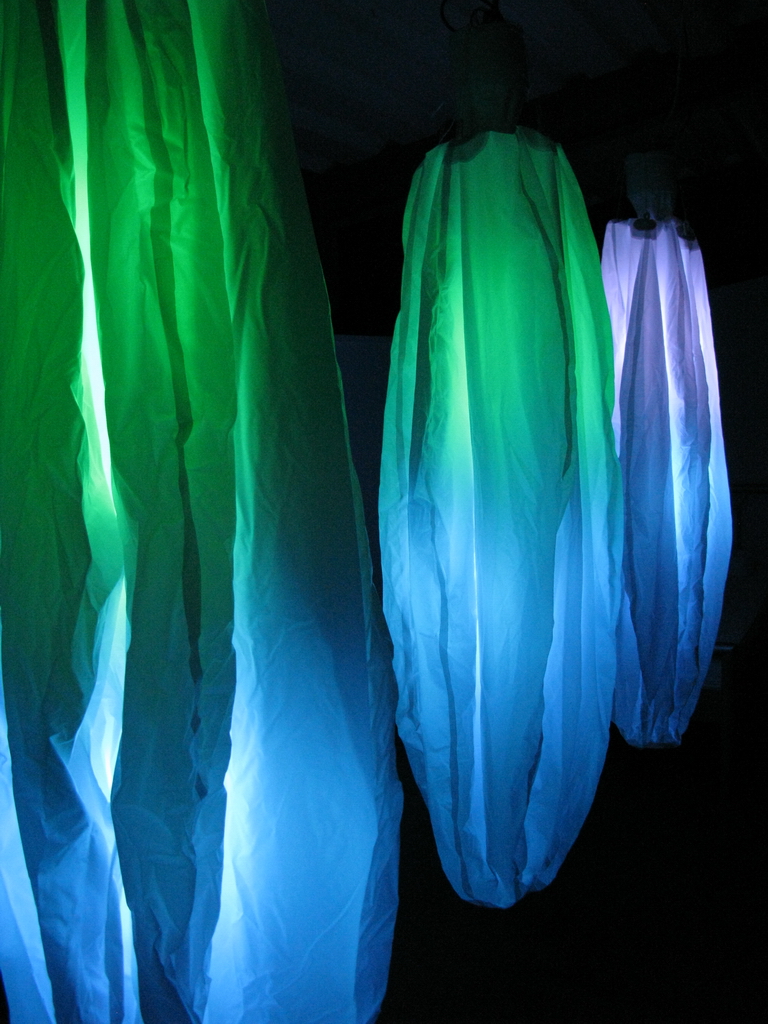 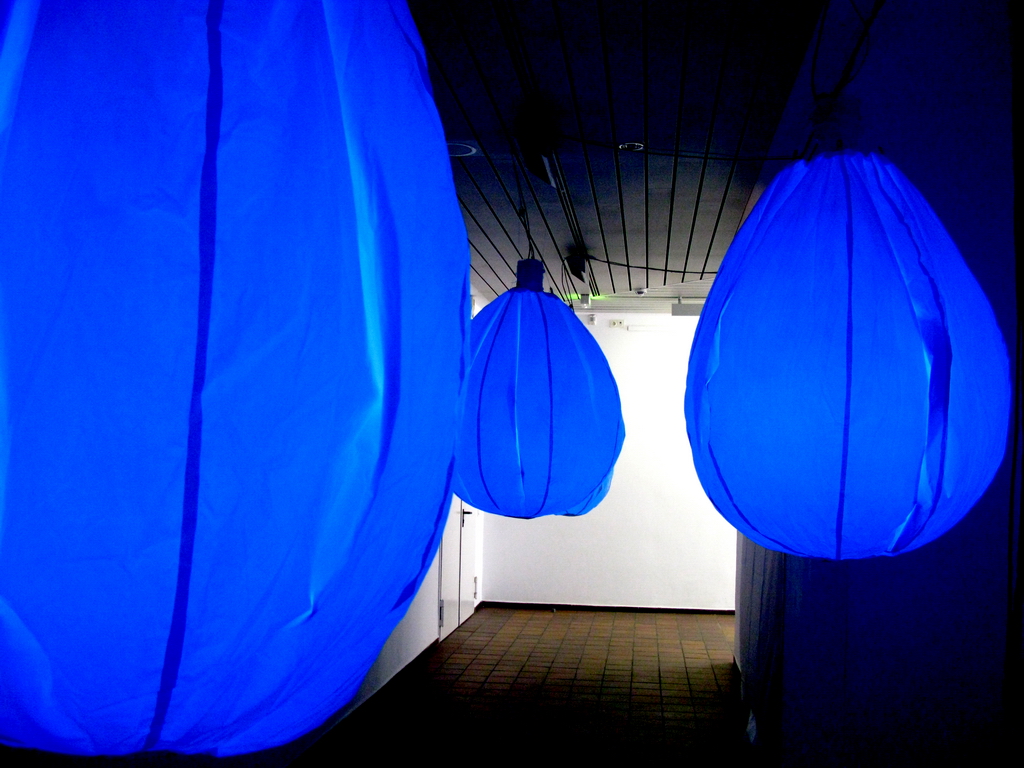 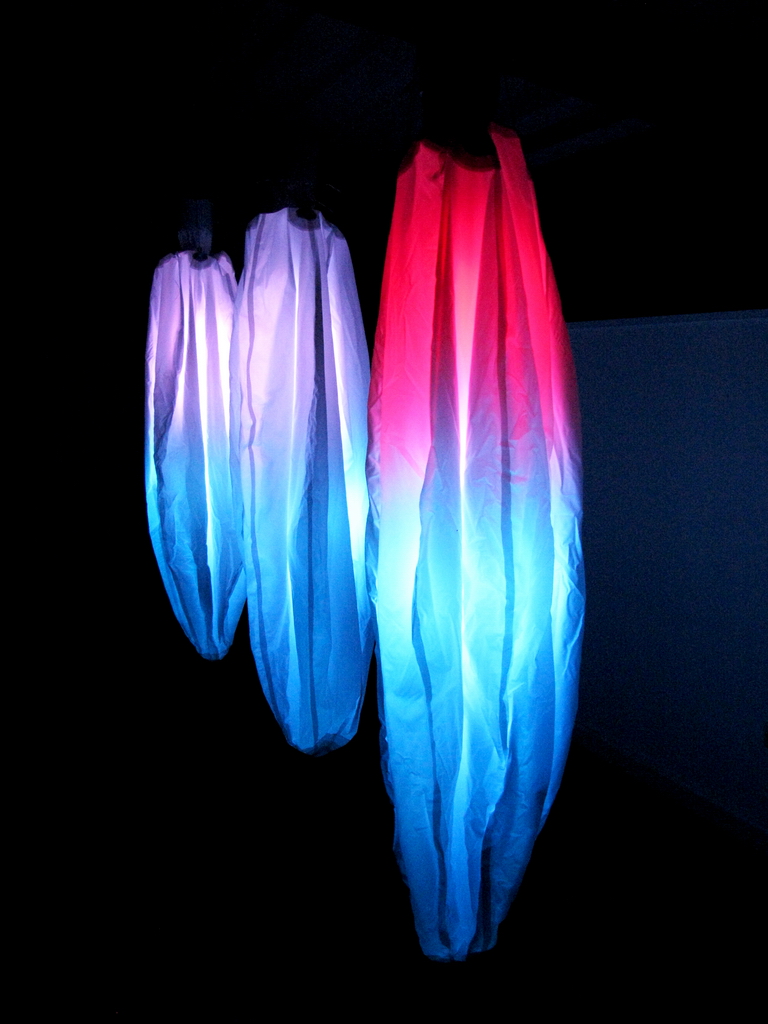 In this work, every participant is a star in the heaven. With each other of them, they communicate, create and illuminate, so that they sparkle into a starry, starry night.

This work is composed of 5 spheral installation symbolizing 5 continents of this planet. Chinese, English, French, German and Japanese will be used for these installations. Through the internet and Google AJAX Search API, the environmental issues related news, blogs and forums are selected. When getting negative news, such as global warning, floods, droughts, hurricanes, tornados, and earthquakes, the installations will be inflated which symbolizing the burdens the globe has borne. On the other hand, the installations will be deflated when getting positive news such as energy saving and carbon reduction, green energy industry, alternative energy and International Meat Less Day, this refers to less impact on the earth. But the point is that by this work I hope the attract people’s concern for the globe, so that we really try to “350Love Earth”, and environmental protection IS NOT a slogan. 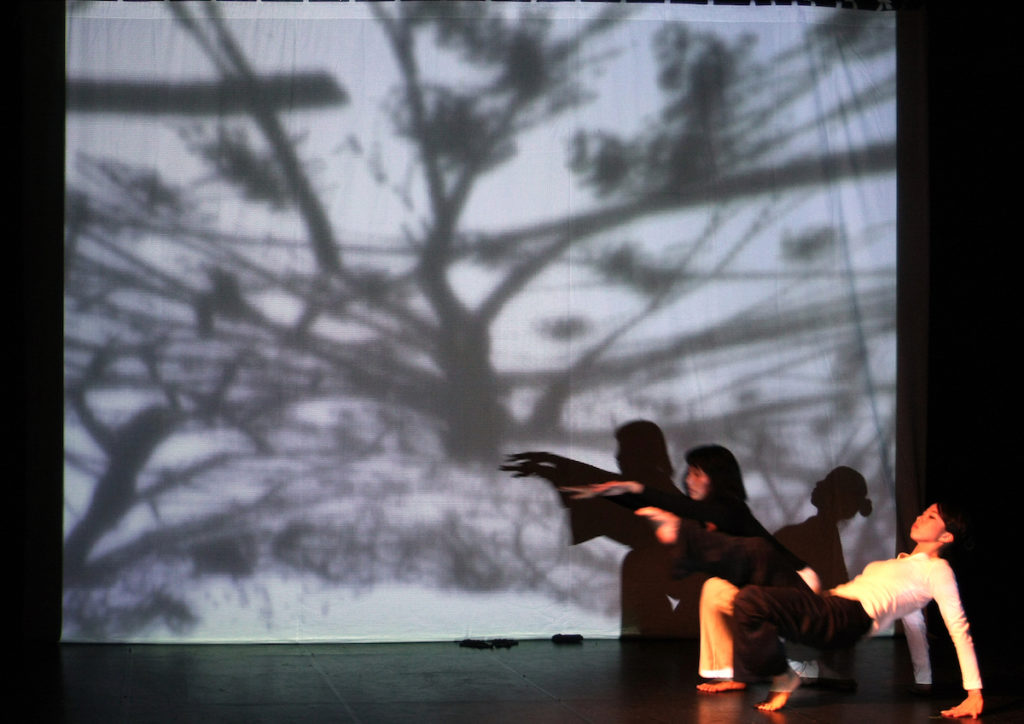 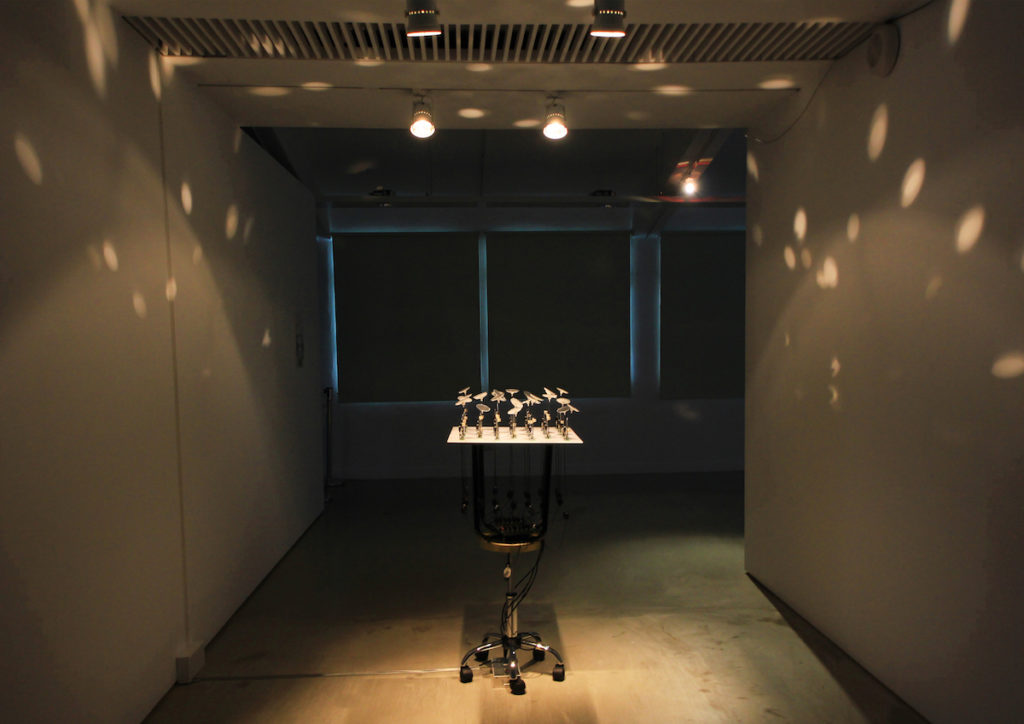 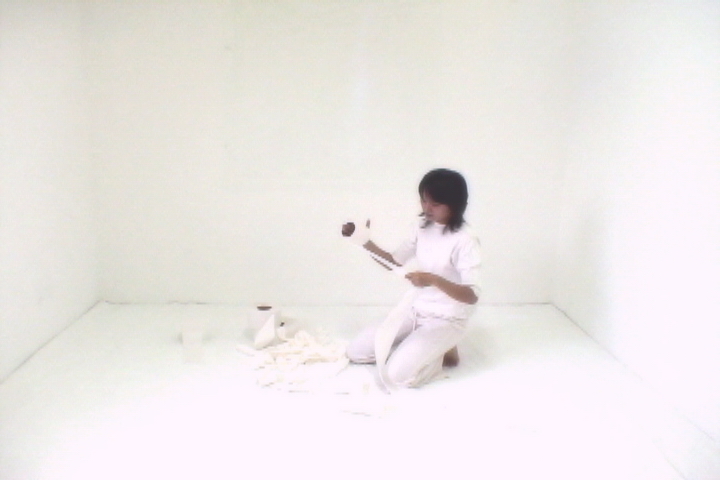 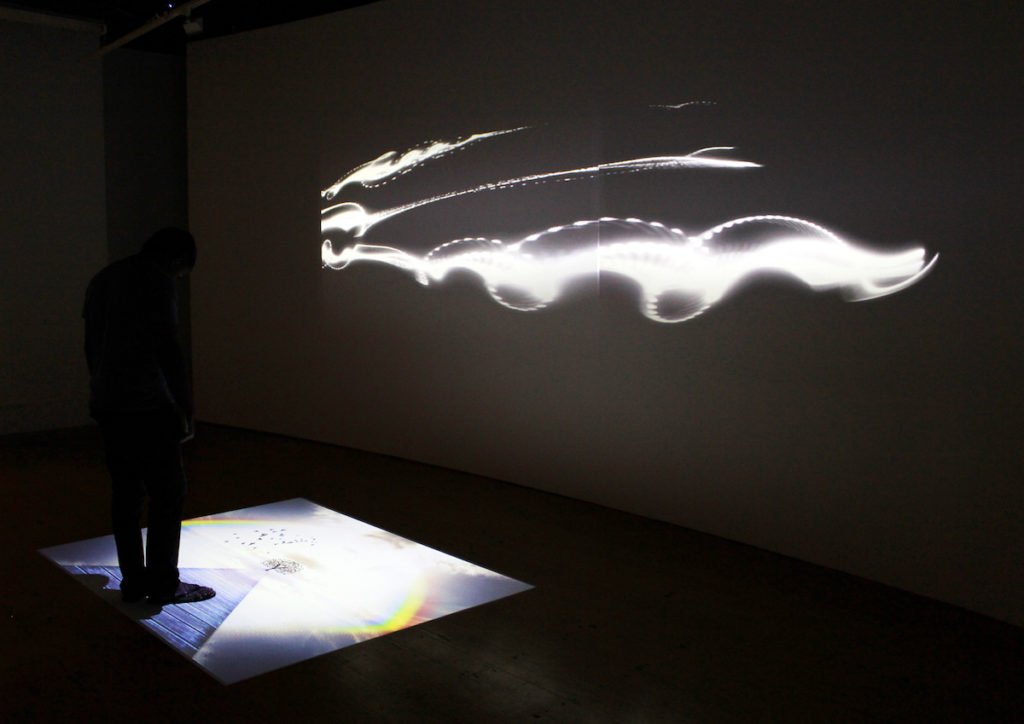 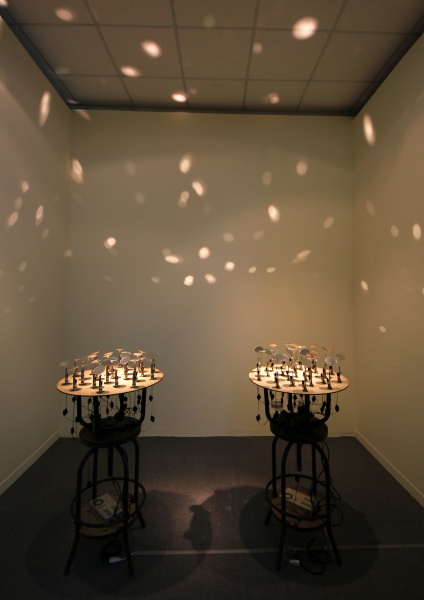