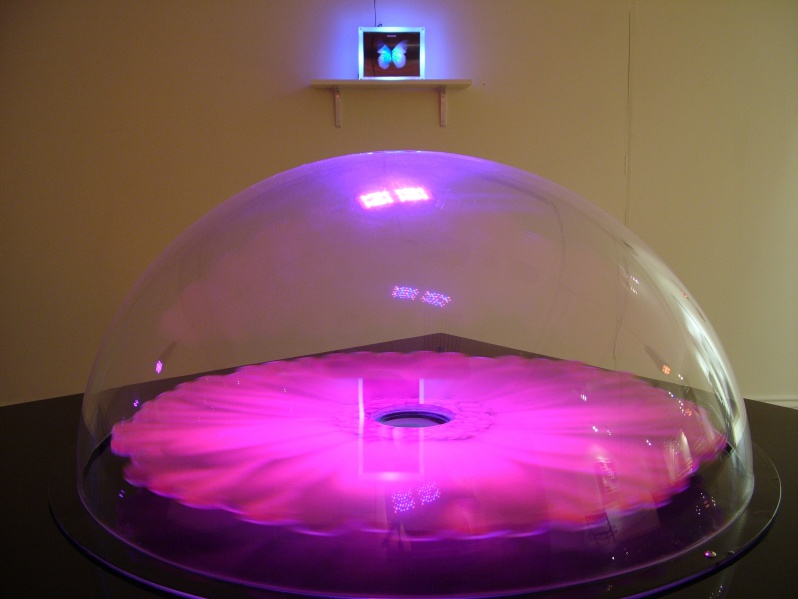 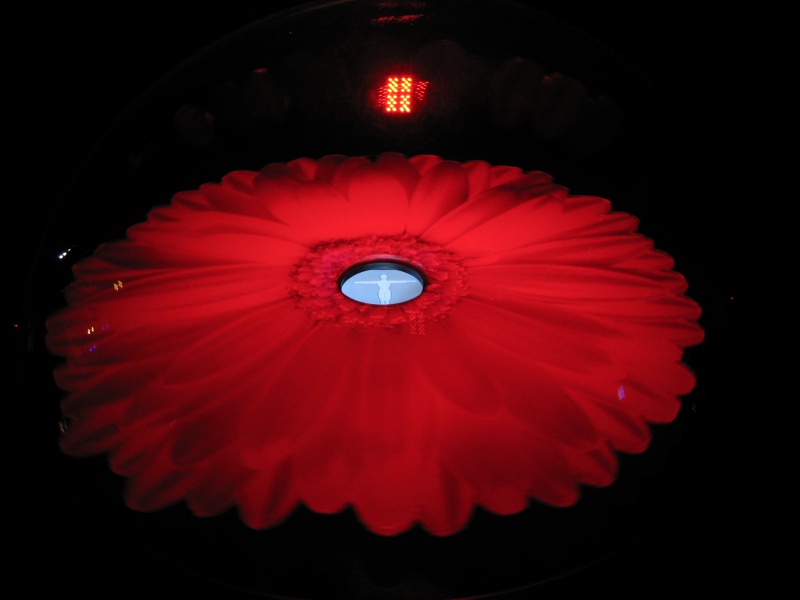 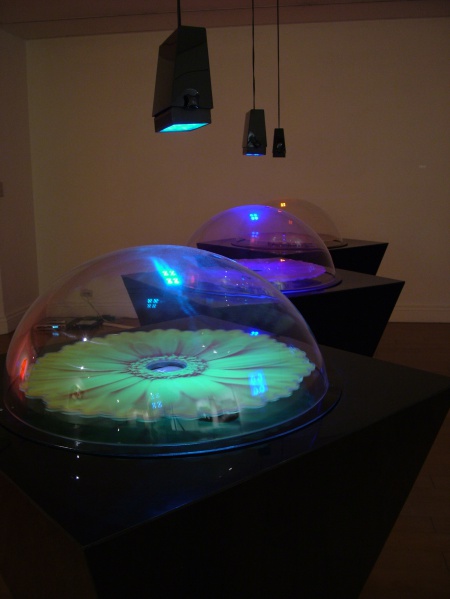 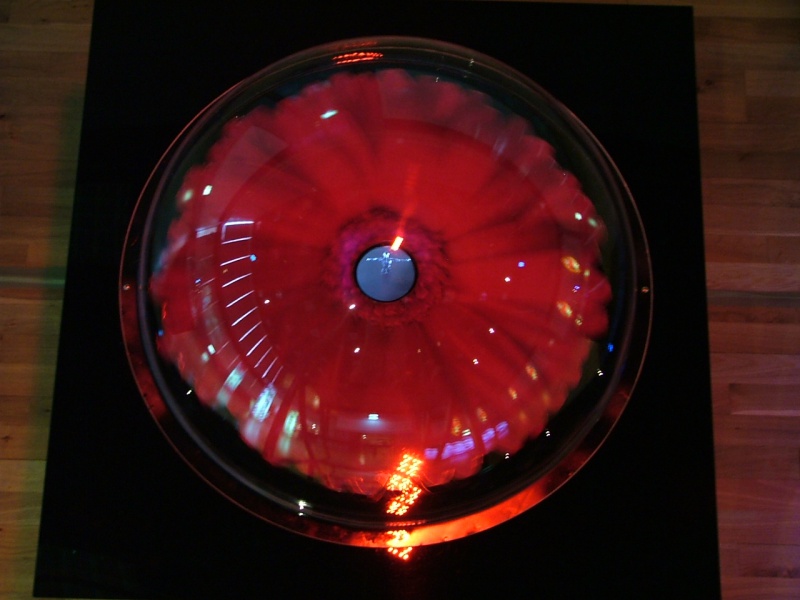 The development of 3D computer animation has fundamentally changed people’s understanding of image as well as their experience and ability to distinguish the real one and the illusionary one. The special effects of computer video create scenes and characters which seem so realistic. The work Cultivation criticizes the technological development of genetic engineering which cultivates humans like products. The aseptic, dustless, and inorganic process is similar to the creation of 3D animation (contours are turned into shapes, materials are attached and illuminated, and a 3D image which can be freely manipulated is “activated.”) Therefore, I compare the creation of the 3D computer image of a female body (embodied from the head to the feet) to the electrification of genetic engineering and the inorganic cultivation to criticize the absurdity and the awkwardness of technology.

Meanwhile, greenhouse flowers are often used to describe people (especially women) who are protected by a comfort environment (space), while this kind of people might be fragile or in lack of immunity. Therefore, I put a transparent acrylic piece to cover the 360-degree flower board (a two-dimensional sphere made with acrylic board and digital flower pattern) as a comparison with the 3D animation of the female body which keeps rotating in 360 degrees in the pistil to depict this special “species” which can only survive in a greenhouse (a space for experiment which is dustless, aseptic, and without any air from the outside) and how it is cultivated. 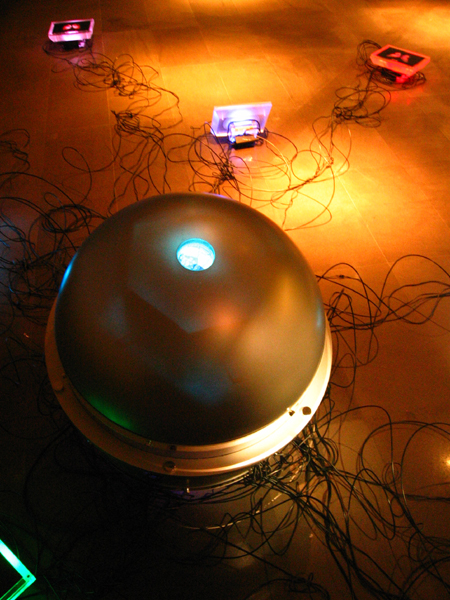 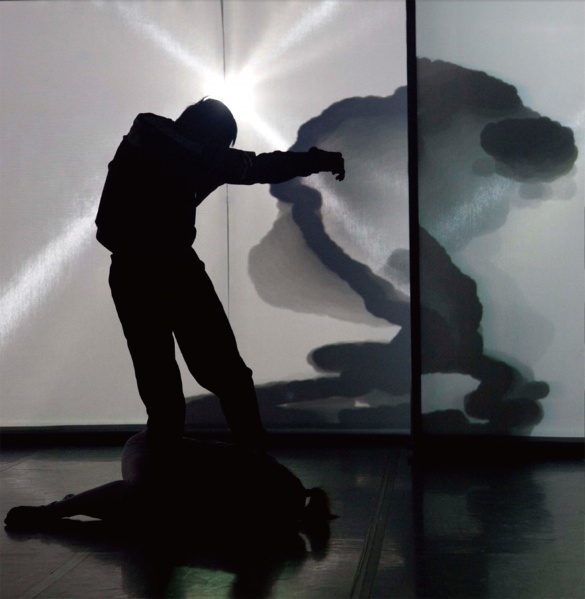 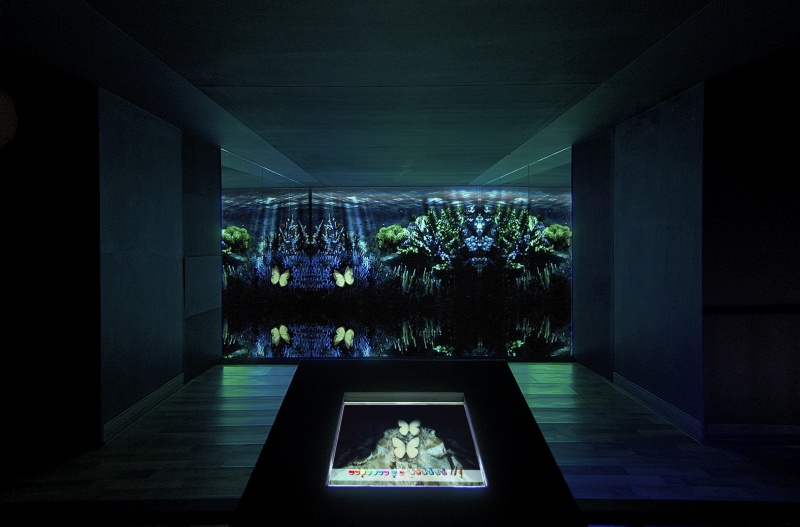 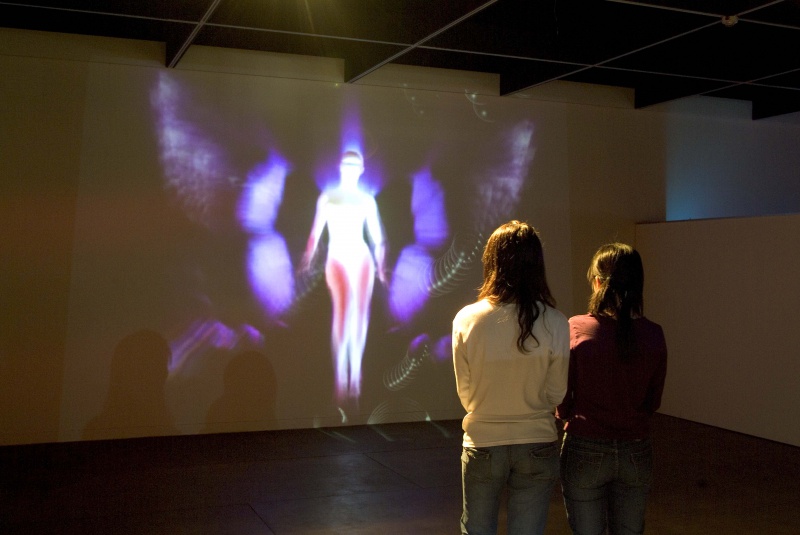 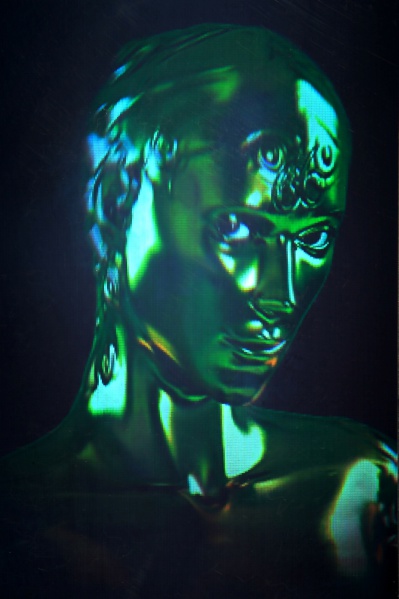 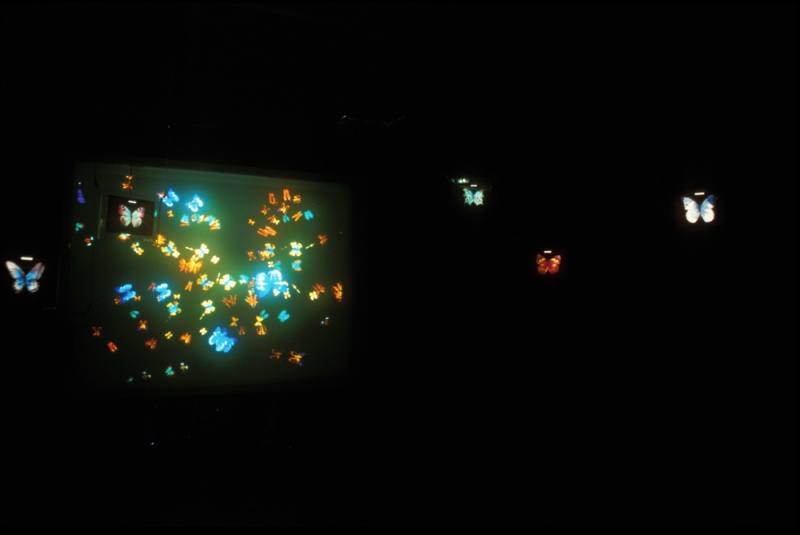