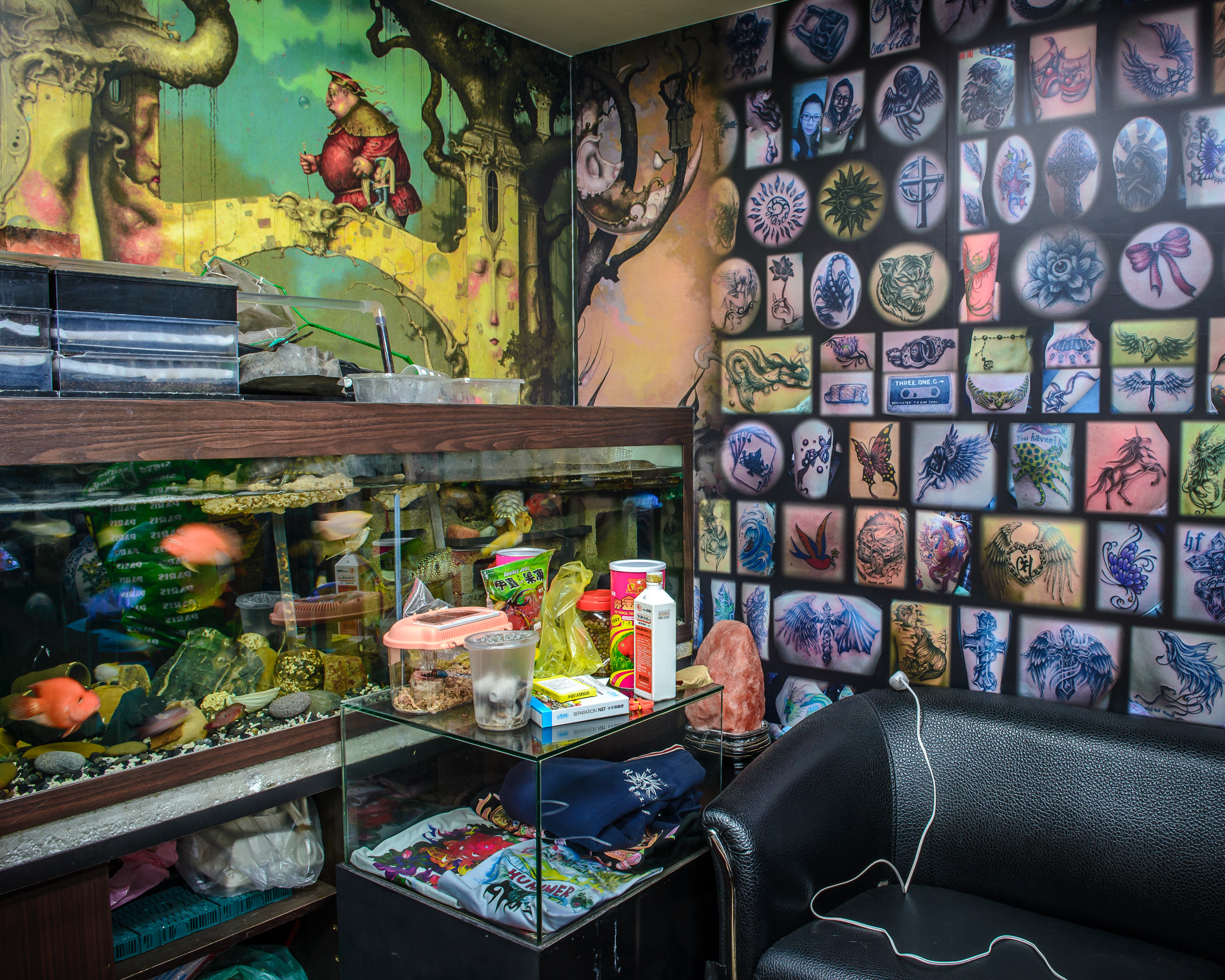 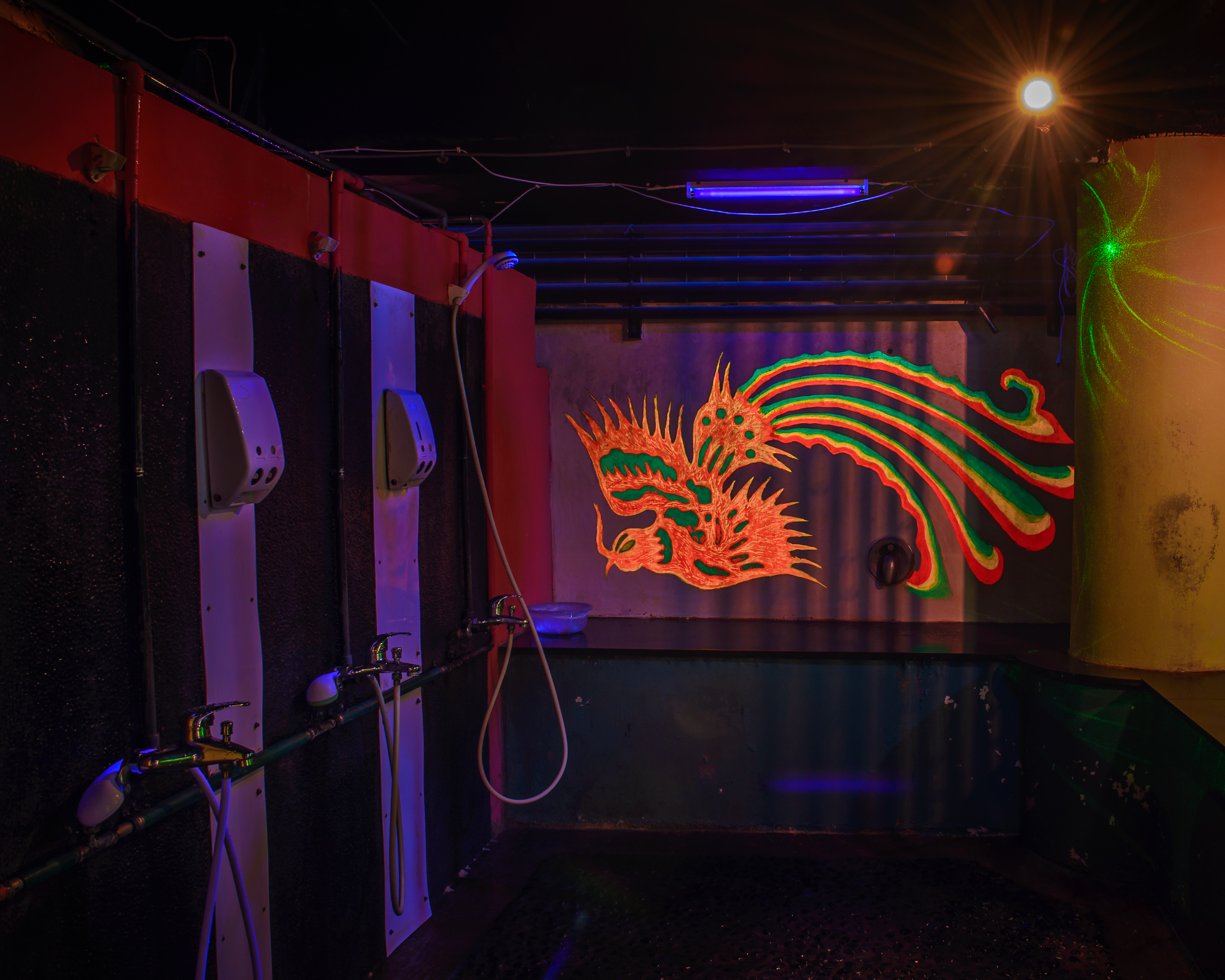 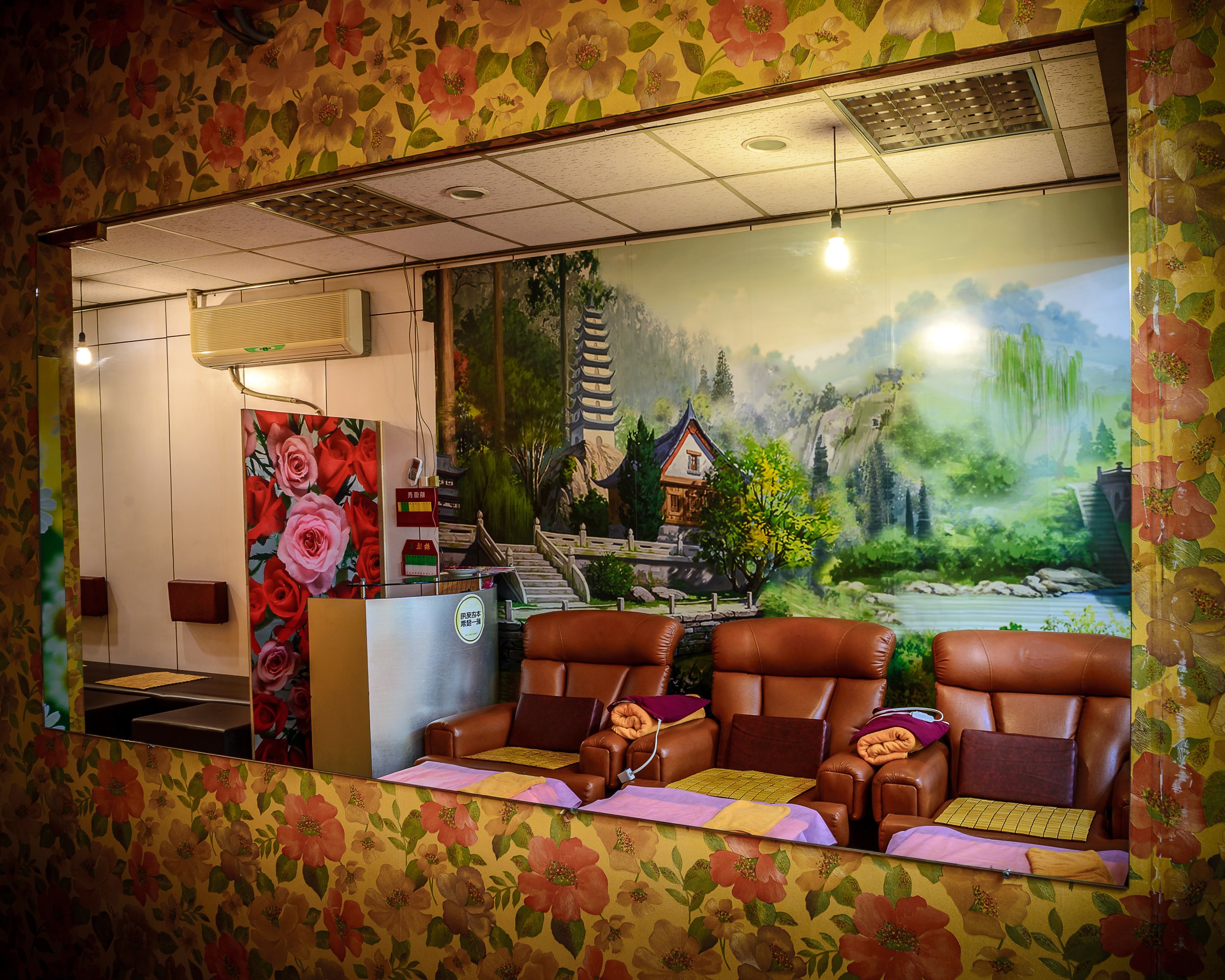 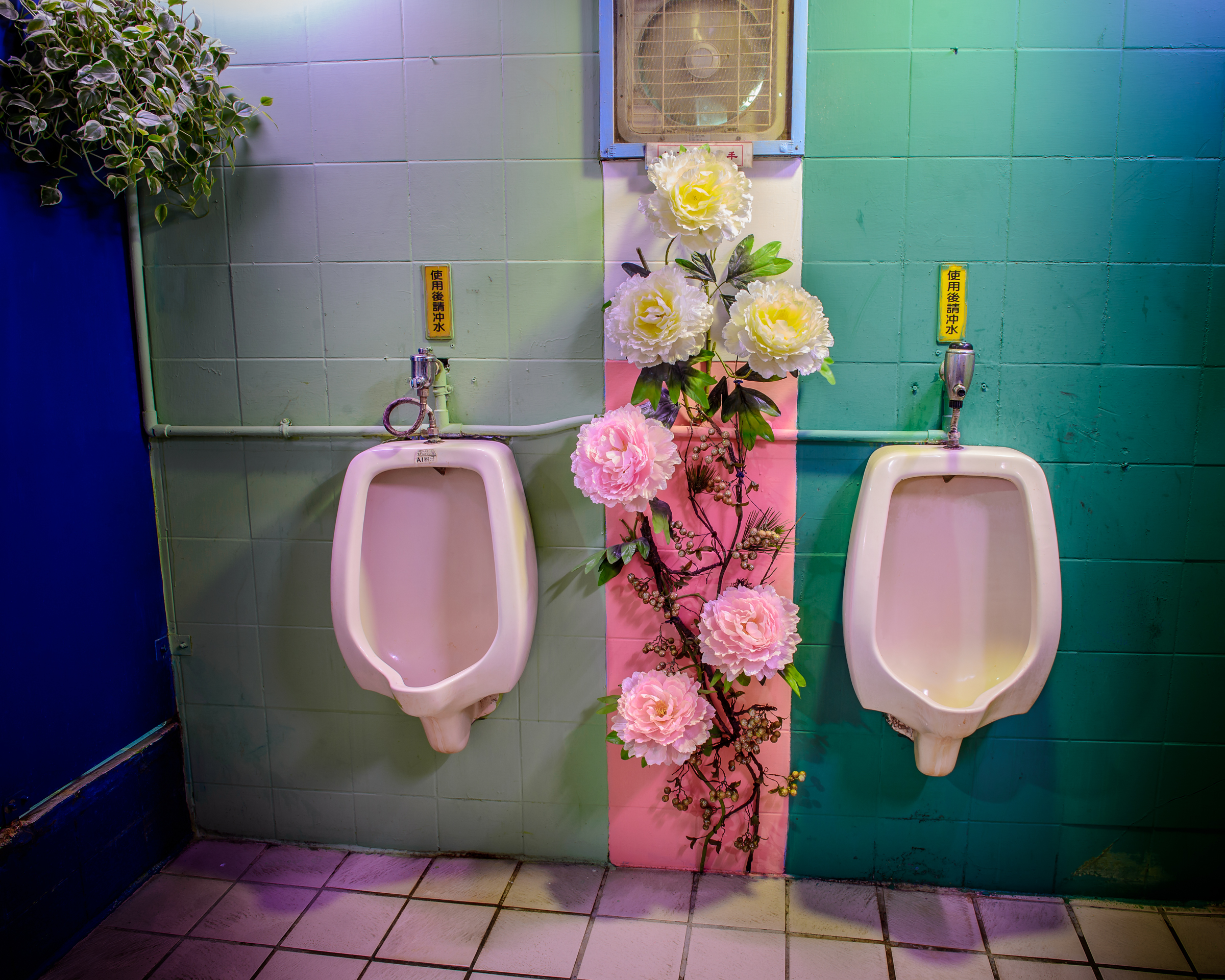 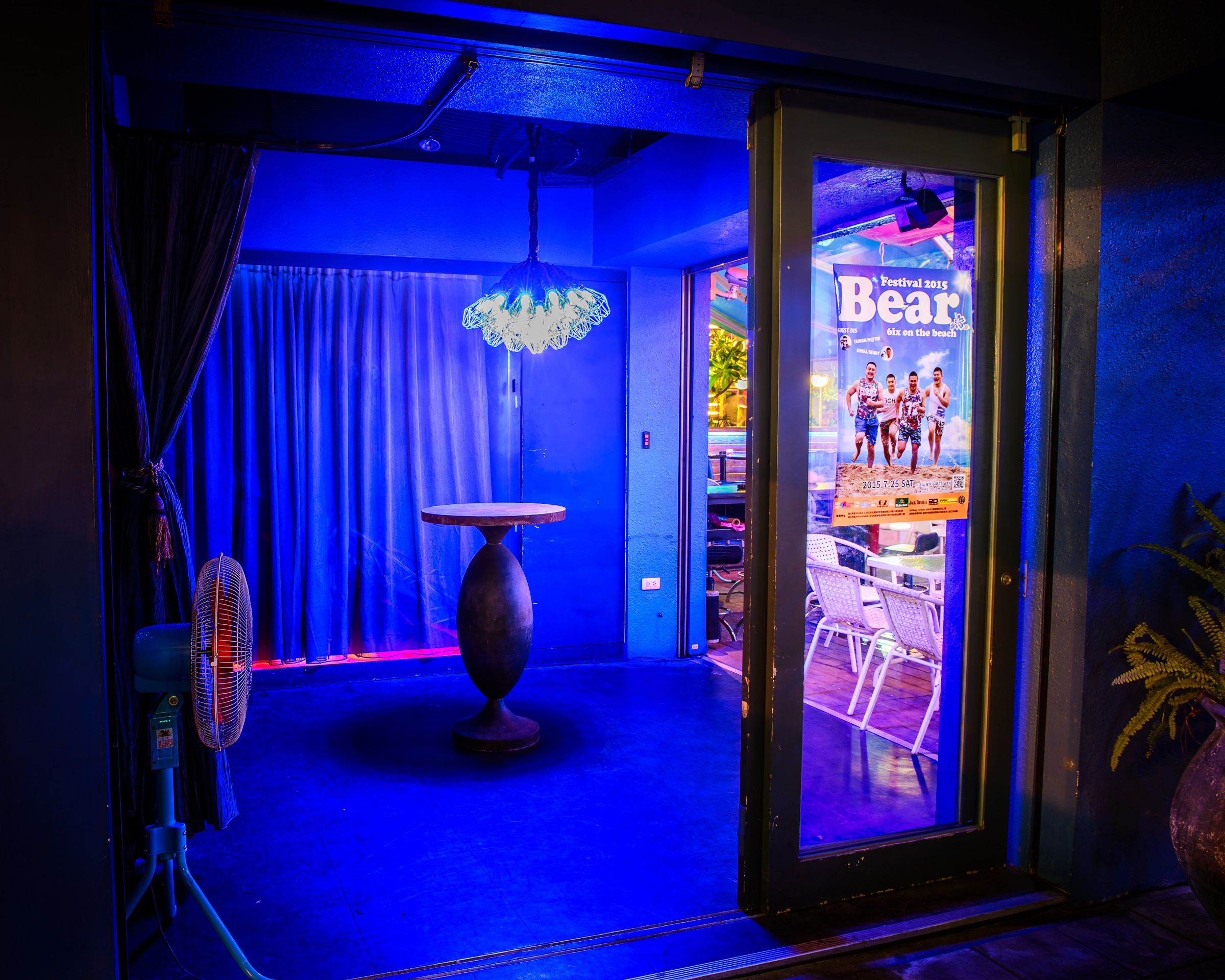 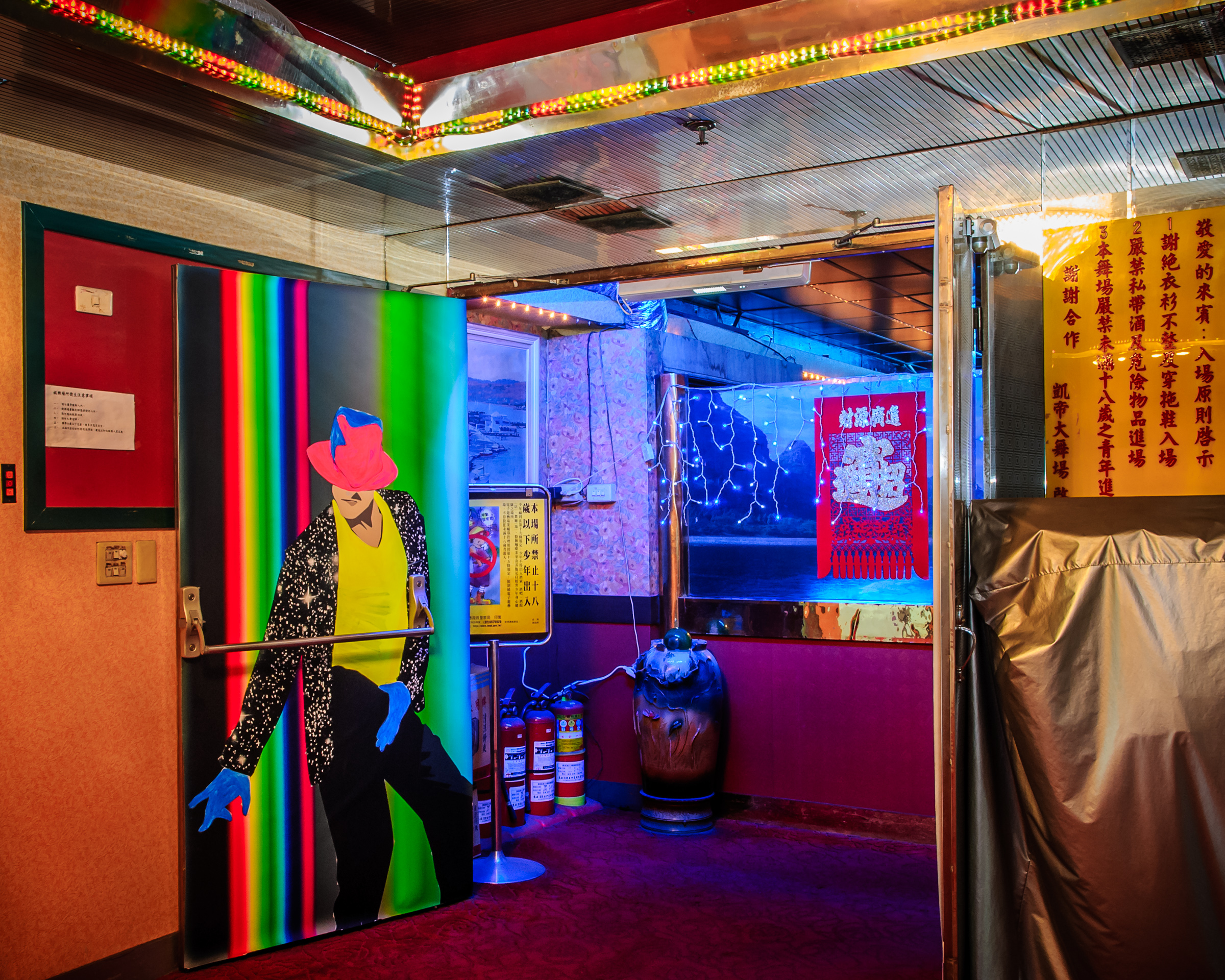 This project (2012 to 2016) is to capture the private spaces of the diverse groups at Ximending. Ximending is situated in the west side of Taipei City. Influenced by diverse cultures throughout the various stages in history, it thus becomes the window to sub-cultures of all sorts. In addition to Japanese manga magazine stores, video game stores, tattoo parlors, and fashion shops of different countries that attract youngsters, Ximending hosts the biggest gay community in Taipei by numerous gay bars and saunas. As for Red Envelope Club (cabaret), it was established by military officers or military dependents back in 1960s to mimic the Shanghai cabarets in the good old days. To citizens of Taipei City, Ximending is part of their memory; any of them can share a story or two about it as if there were Ximending inside each and every one of them.

Because of my job, I have to do some field research of communities at times, so I would inevitably be highly interested in various communities, neighborhoods, and local residents. There was no particular reason for choosing Ximending as the site for this photo project. Even though I would go watch movies or dine out with friends and family at Ximending, it is an unfamiliar place to me, nevertheless. I simply adore out of intuition the conflicts between the new and the old as well as the atmosphere of different people gathering here in one place. Originally, this photo project started from scenes in outdoor. Before long, I realized that the most fascinating places in Ximending are those in back alleys or archaic buildings, shelters or secluded places private to certain groups. An unknown space or dimension thus unfolds each time when someone walks through a door, as if they walked into the inner psychic of a culture, and of individuals wandering there.

Most of the photos here were shot intentionally at the time when the shops were open and no guest visited yet, so as to capture the vibrant but tranquil moment: time frozen within a tangible venue. Via the photos of vacant spaces, I hope the viewers, given the details of the spaces, can speculate and sense the figures as well as the stories happened there. I hope these photos take the readers, not just to “crossover” into a realm of another strangers (marginalized or heterogeneous to the mainstream of the society perhaps), but to take a leap into another layer of image space full of imagination. 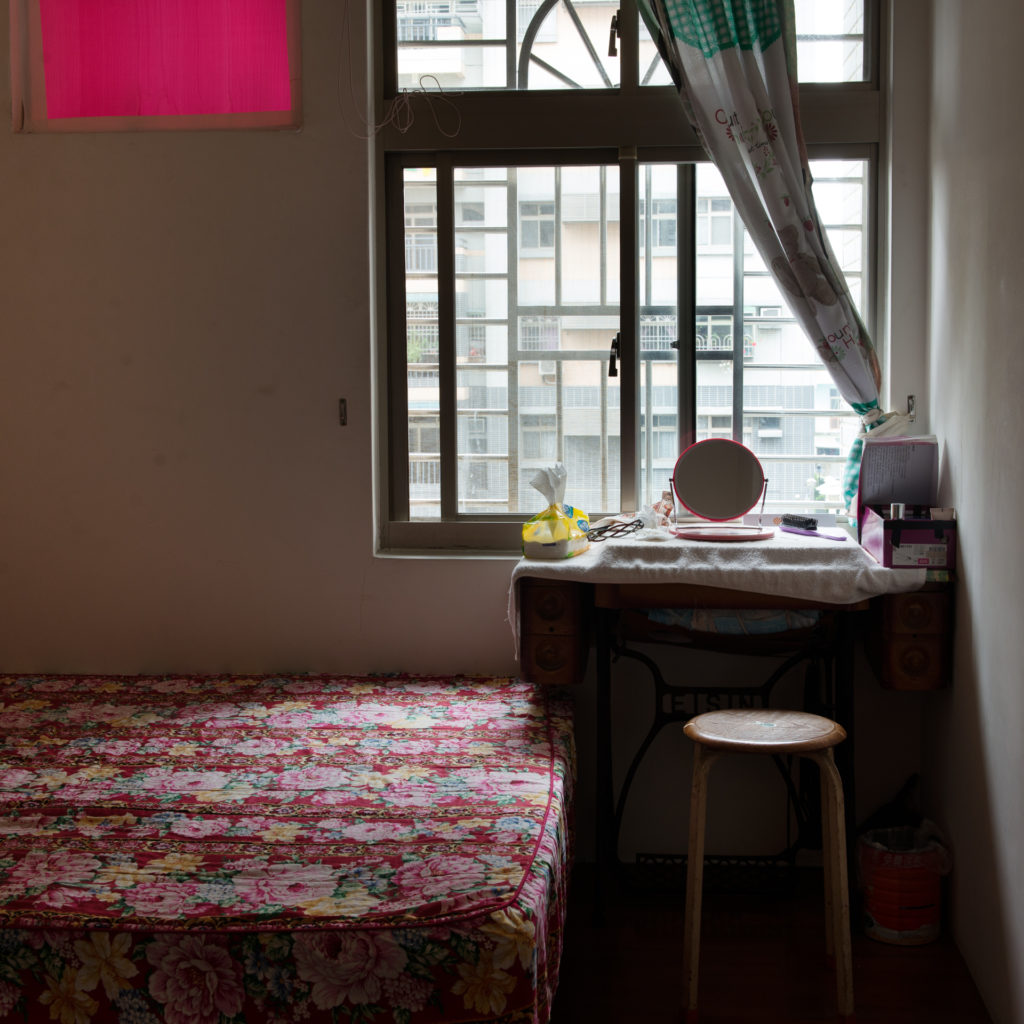 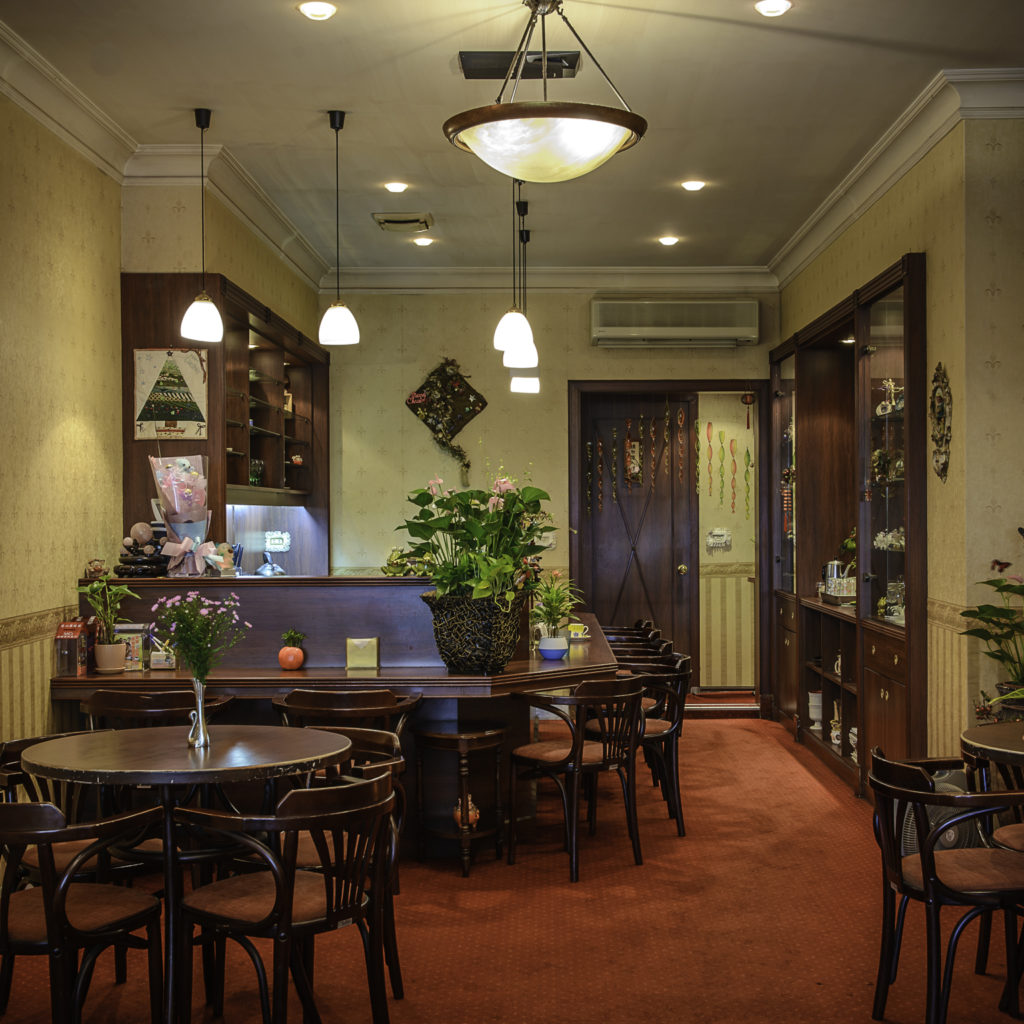