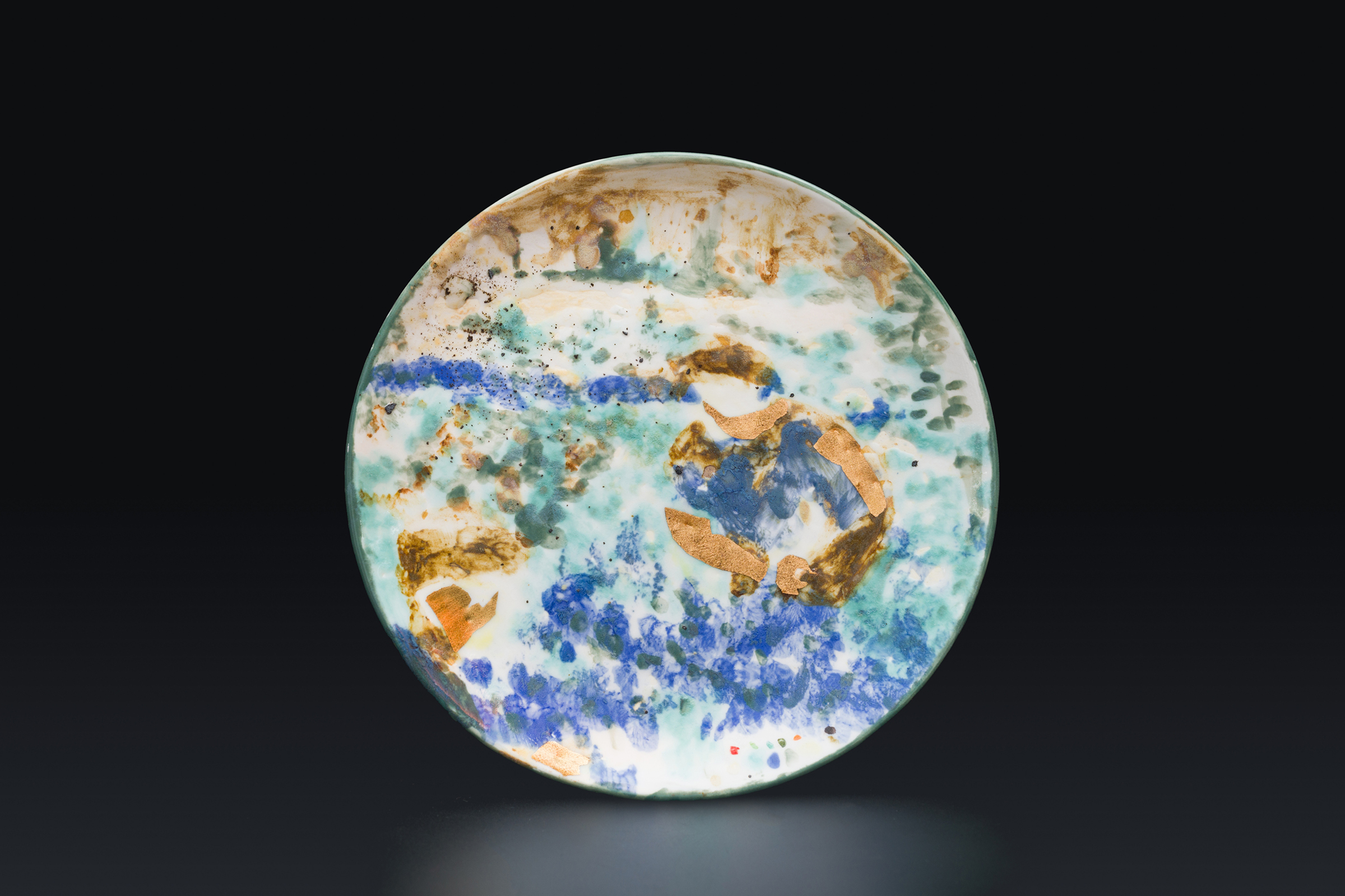 “What is a home?” In exploring the spaces people have called homes, it’s not difficult to figure the use of ceramics. Therefore, I considered ceramics a material medium which carries the notion of homes and used them to produce items in my home in reference to the most heartfelt casual photos I had taken, creating a series of works that can be more easily read, compared, or linked together like a string of clues. Ceramic paints create a new rule of colouring and transform the original imagery while babbling a new visual language; the art of ceramics reflects the reality in the way positive films are contrasting to negative films. Only when viewers regain the awareness to interpret the images and link themselves with the images will they see the inner meanings of the notion of family as in their own hearts rather than the works in their presence, and finally they will be aware of “homes” again. 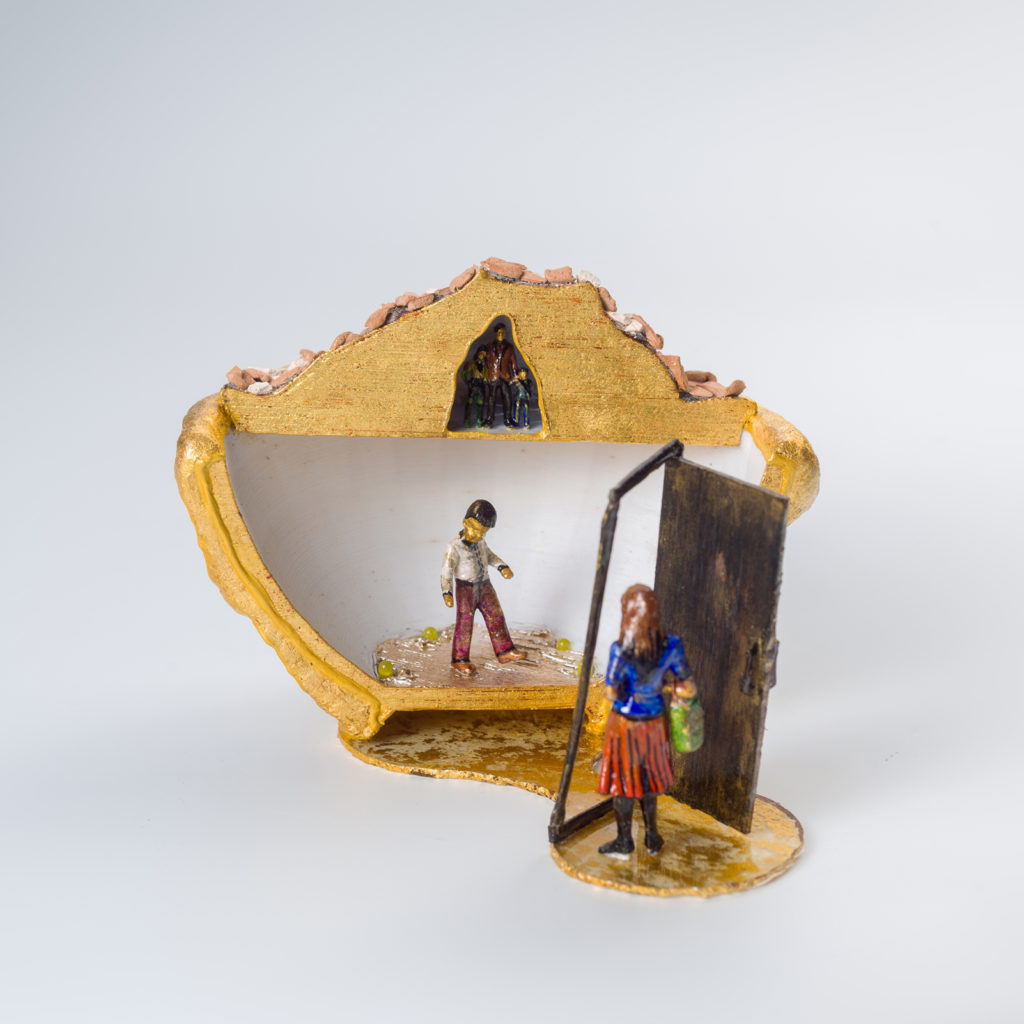 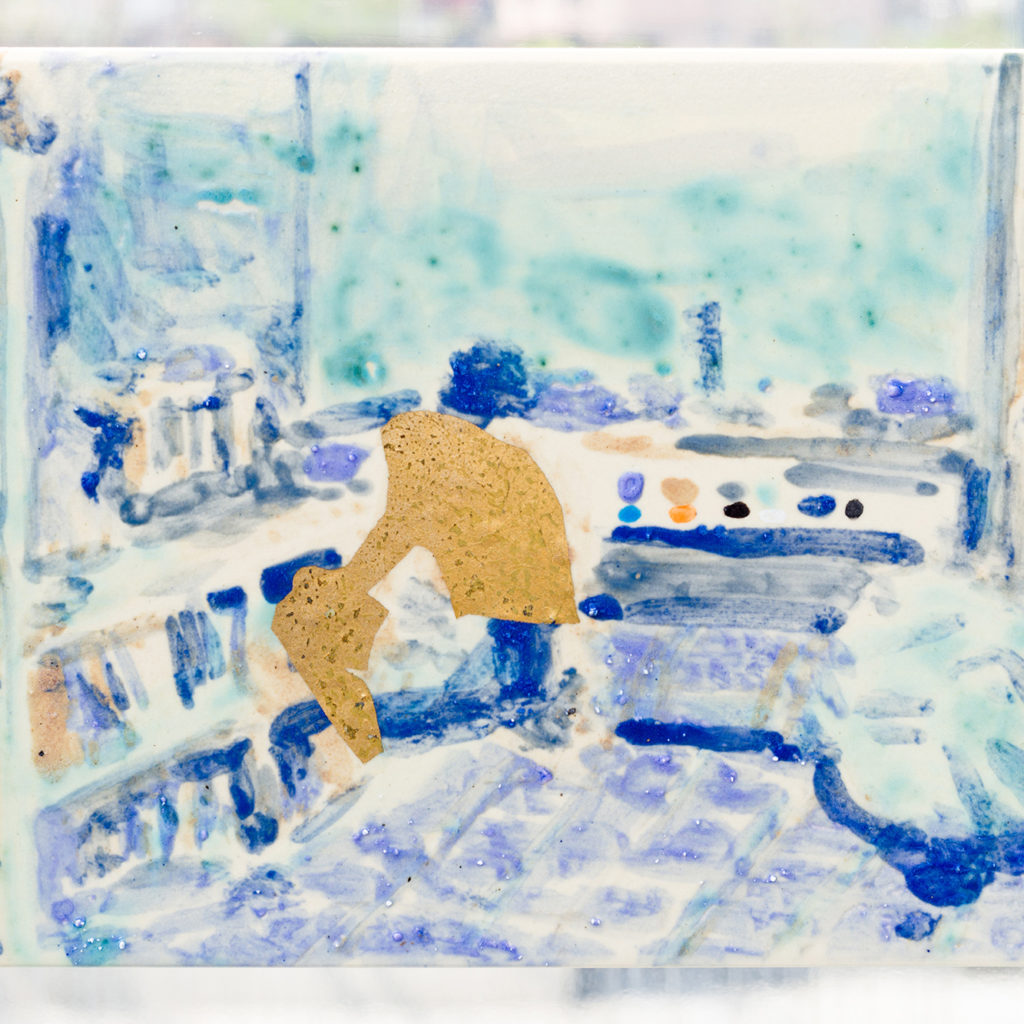 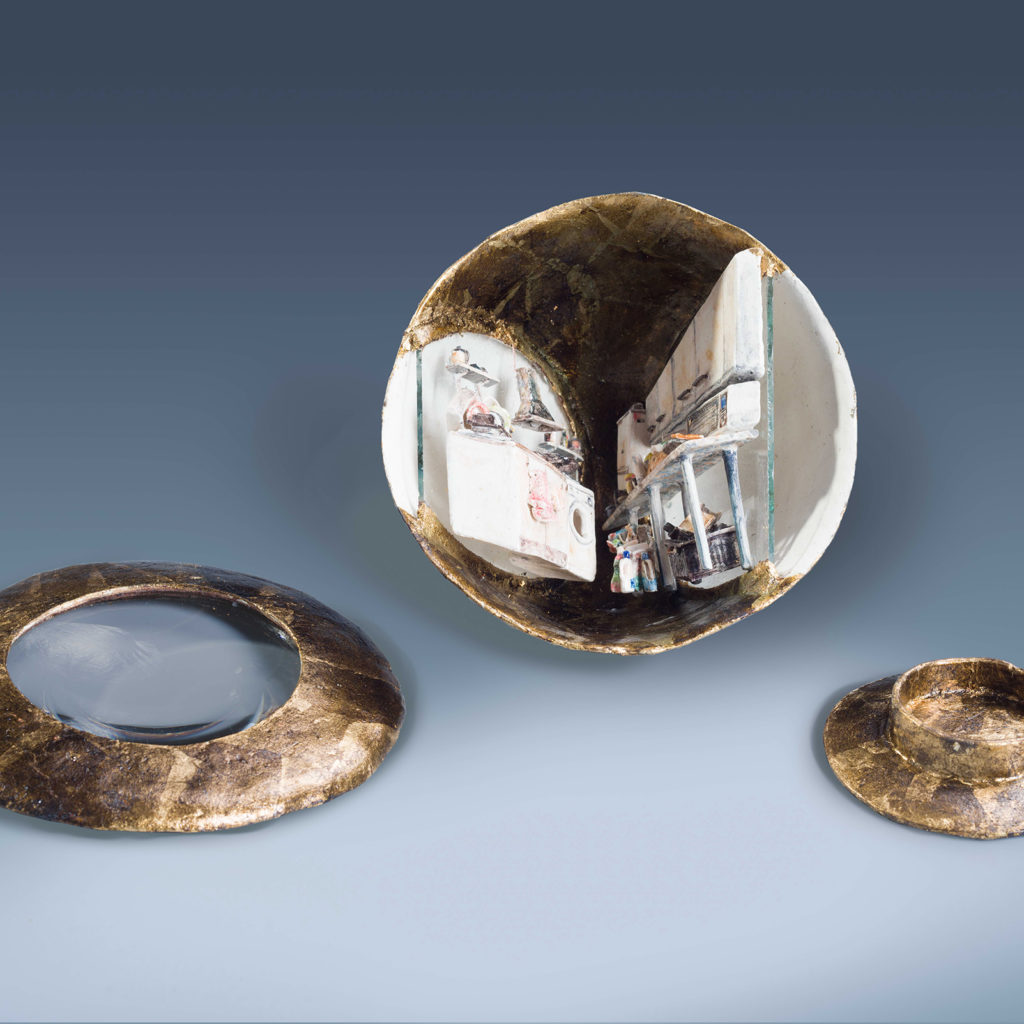 The Homes in the Remote Memory
TSAI Pei-Ju, 2017, Sculpture 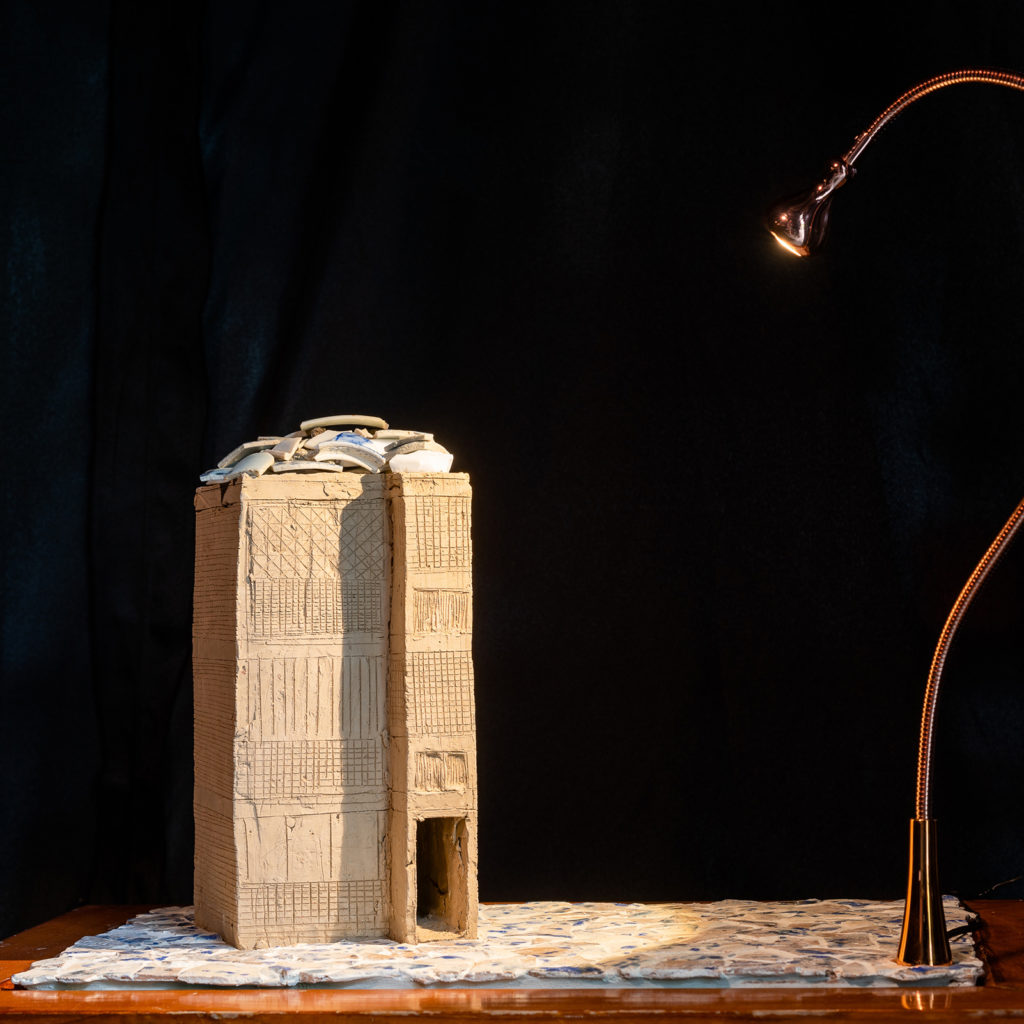 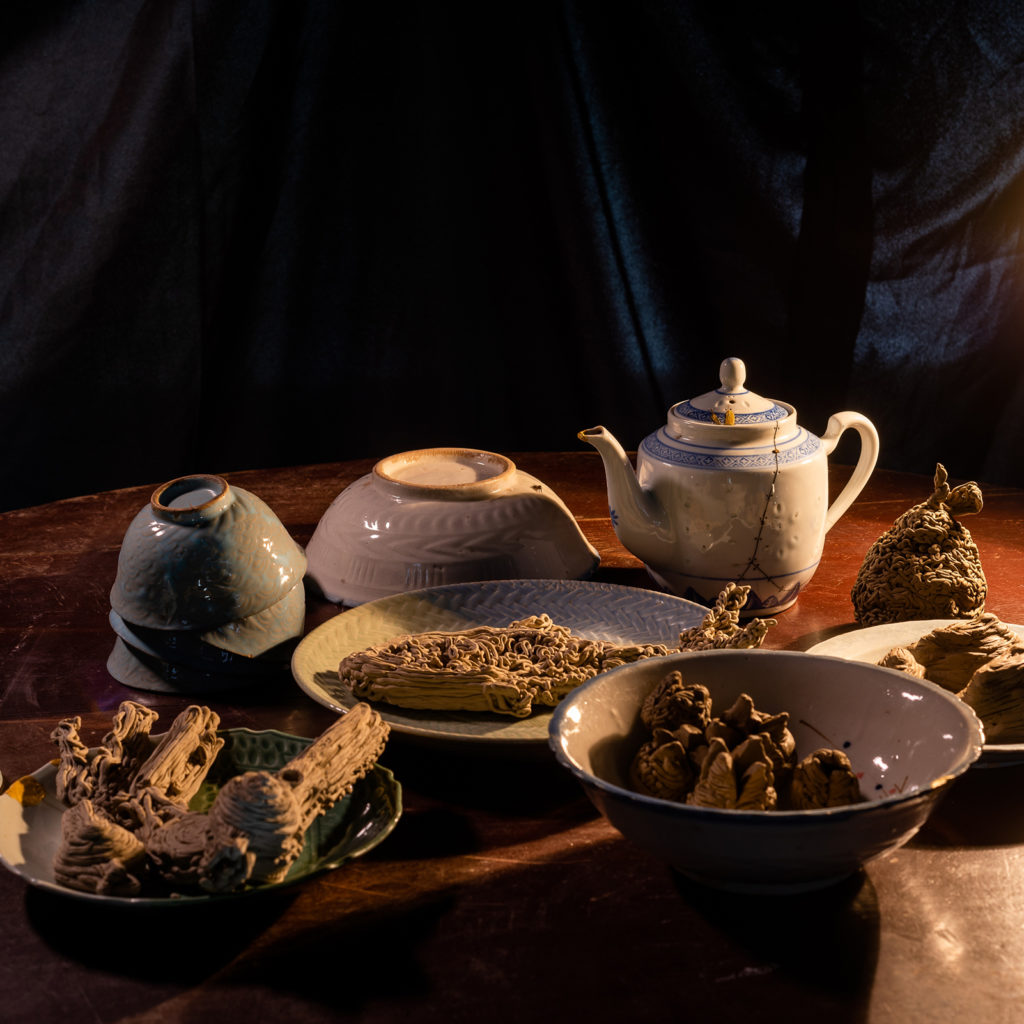 Meals for Sharing Together Are the Best
TSAI Pei-Ju, 2018, Sculpture 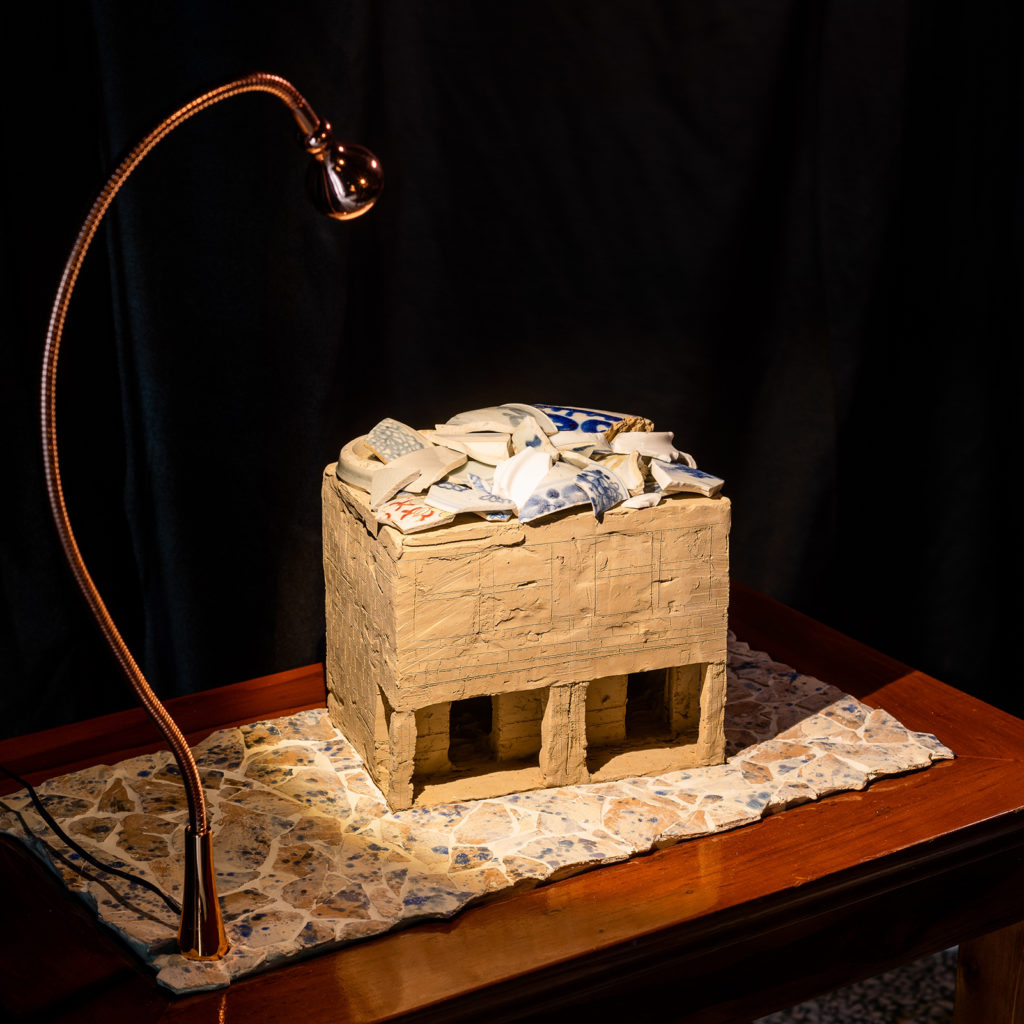 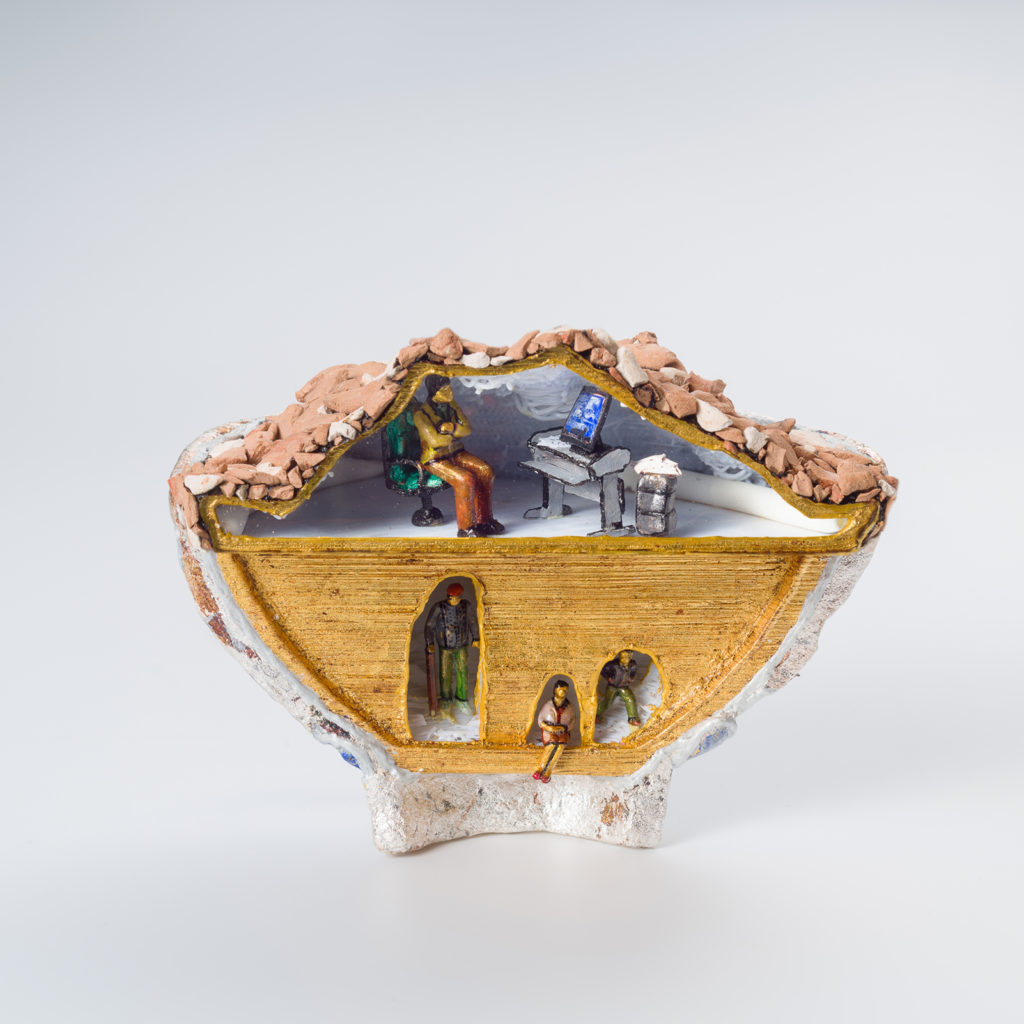