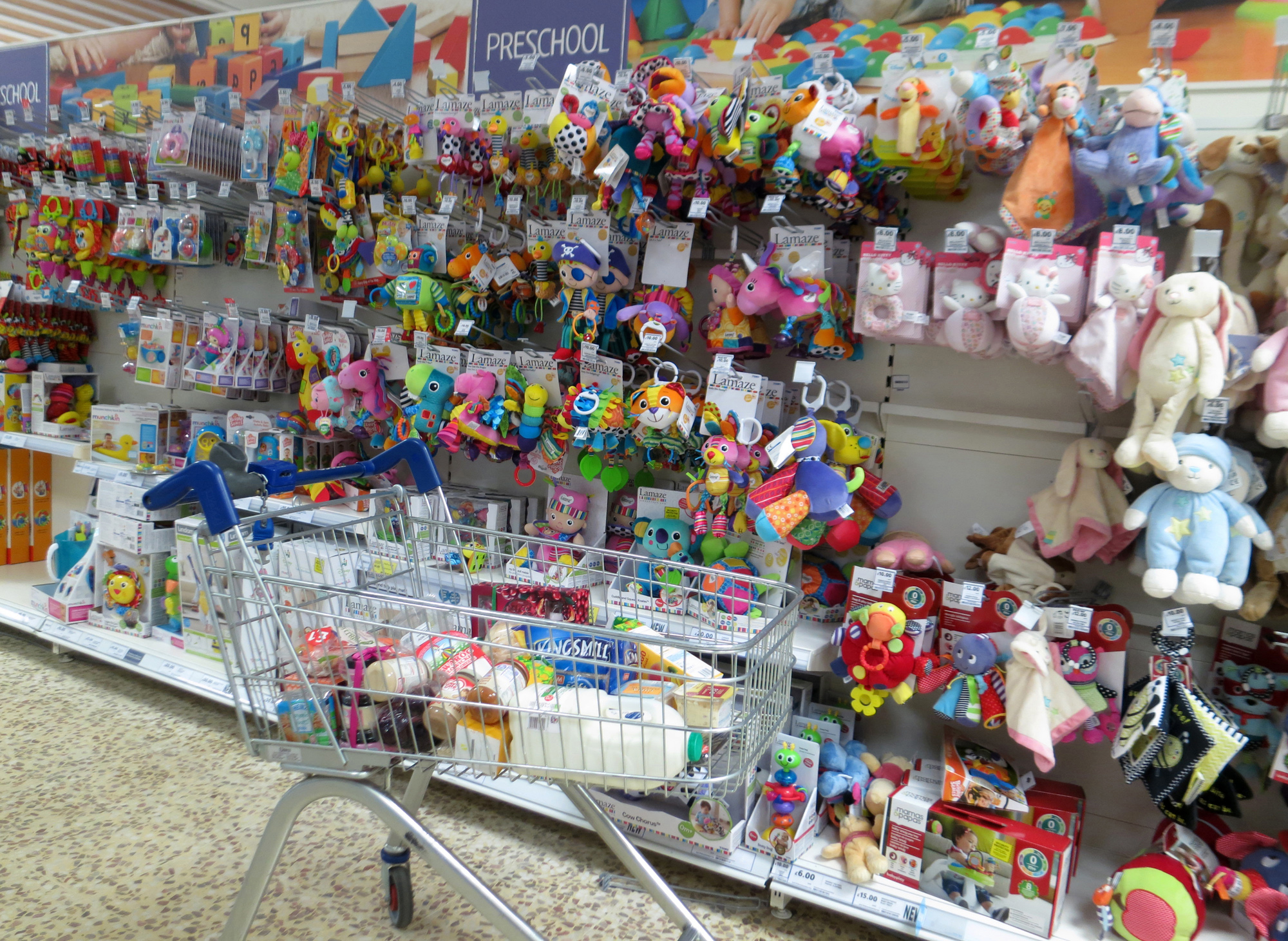 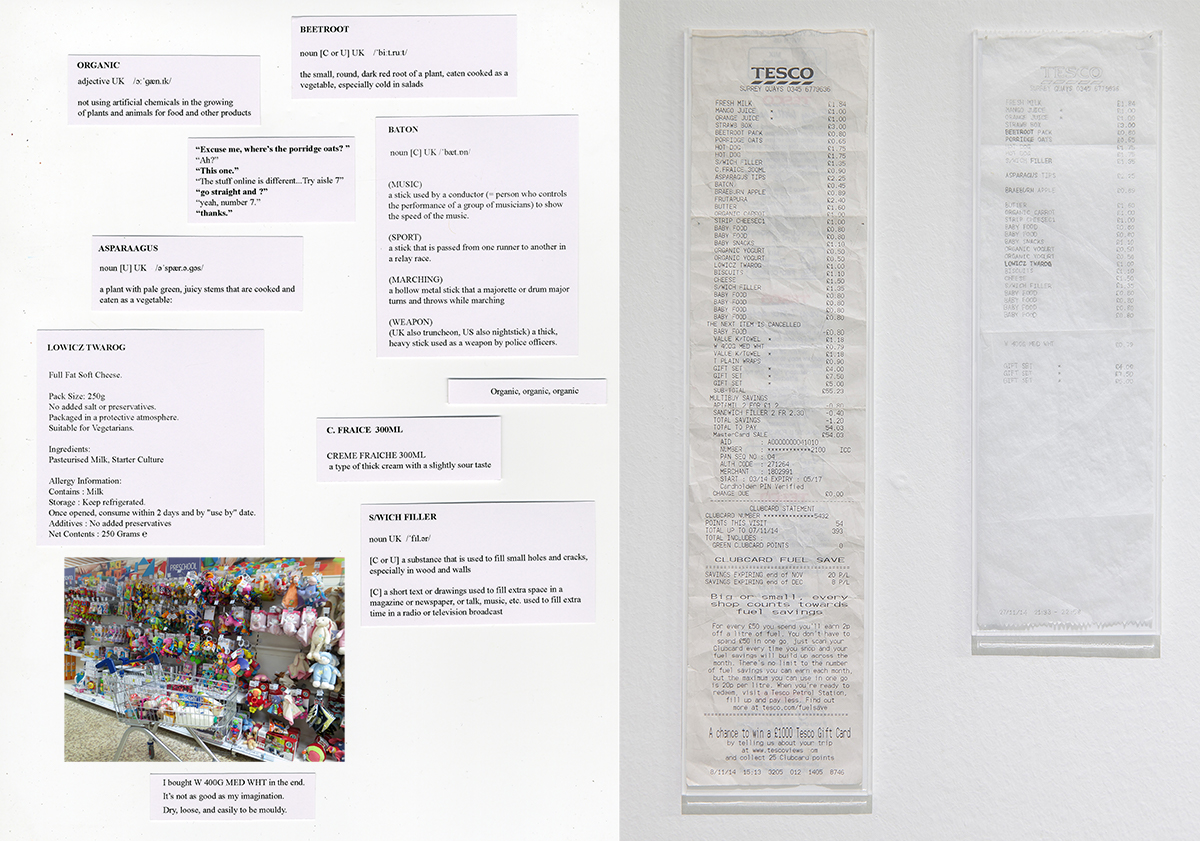 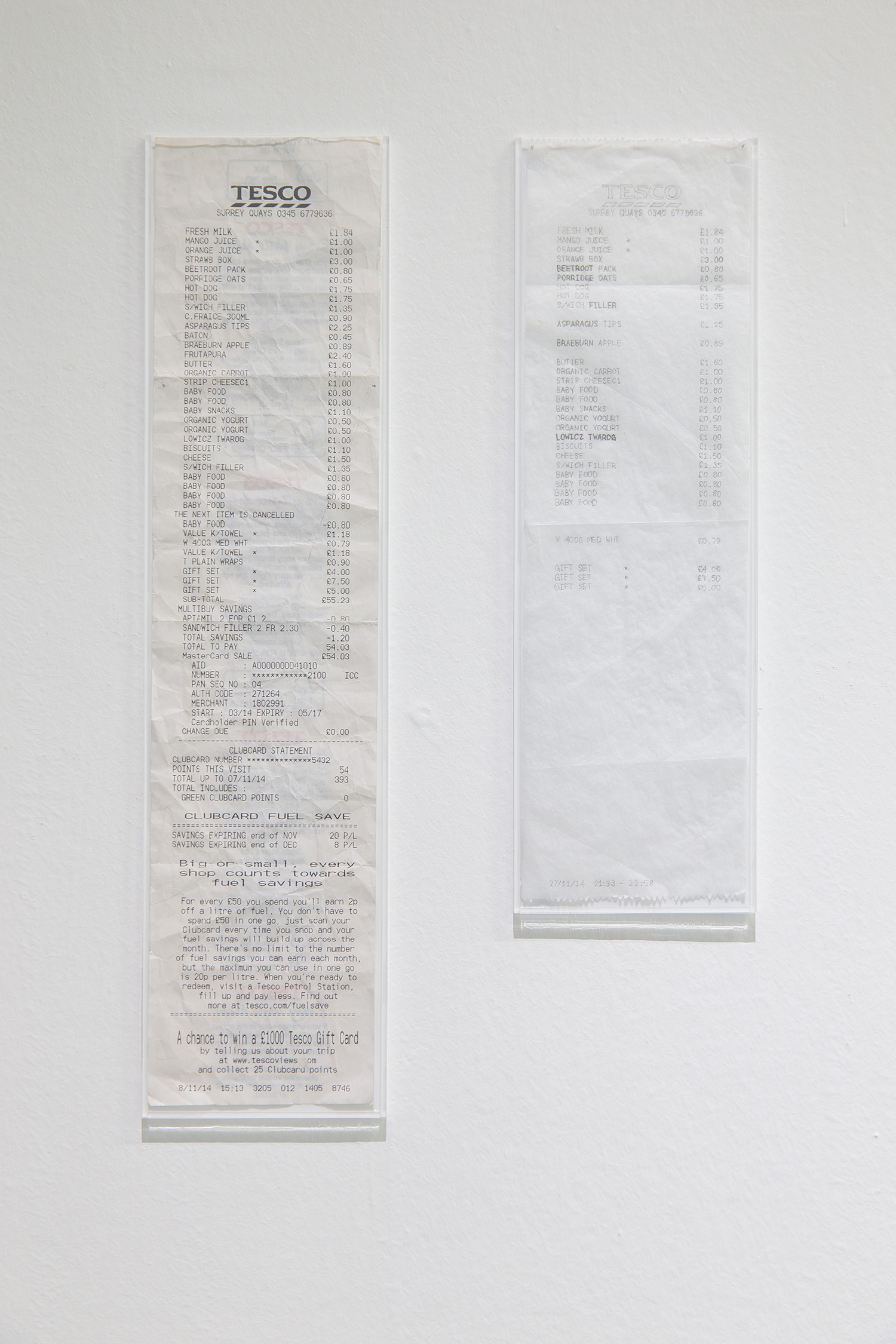 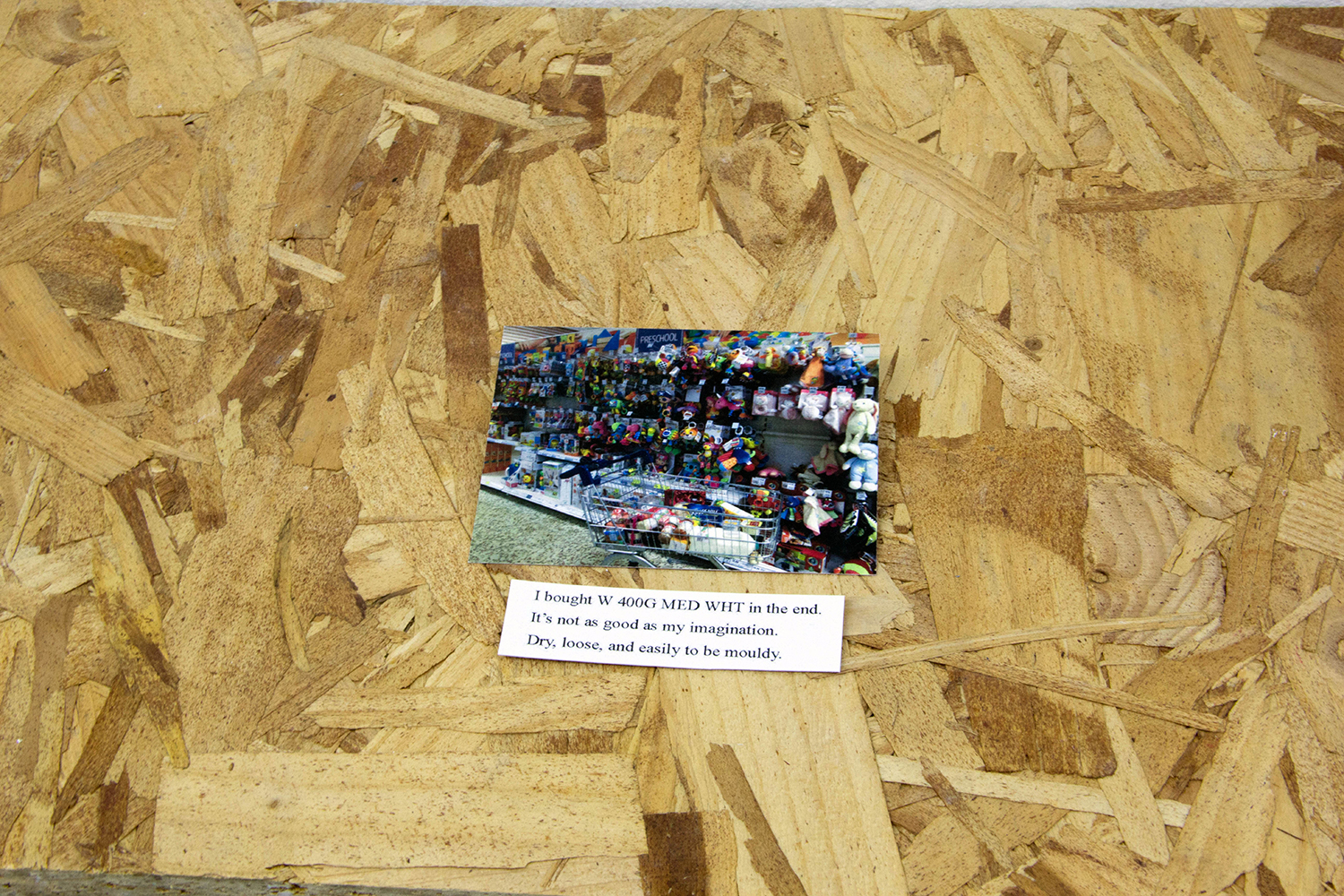 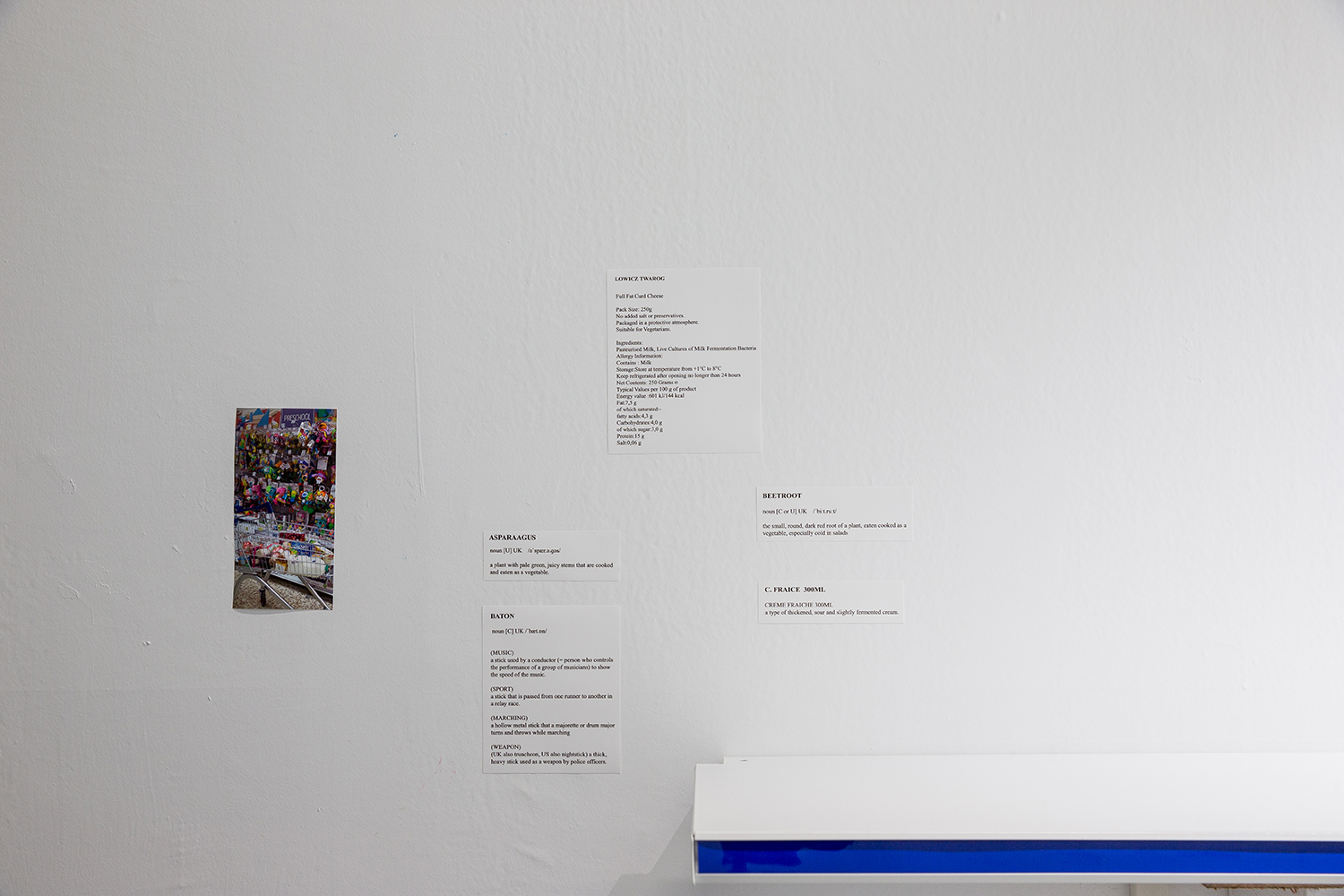 The whole piece began with an invoice found incidentally. “To whom does it belong?” “Who are they?” For a new resident, all sorts of ordinary and common trivia in a foreign land become difficult yet full of meaning. From language to daily behaviors, they all regain a more complete interpretation in unfamiliar states. For a foreigner, a hypermarket amounts to a country. I followed the items listed on the invoice and retraced the path, finding the products. At the end, I found an area in the supermarket that corresponds to the invoice content and left the cart there, signifying the completion of my action. Then I named my works according to the content of the invoice. I also kept a sound documentation and photos of the action process, as well as the found invoice. Besides, I made a copy of the invoice, cards of vocabulary and extracts of conversations in the process as souvenirs.

ARTISTS
18 artworks / 18 exhibition
Installation Art
Yi-Chun LIN（Esther LIN） is a contemporary artist living and working in Taipei, Taiwan. In 2016, she completed her MFA degree in Fine Art at Goldsmiths, University of London. She is skilled at setting up a trap between reality and imagination throu ...
VIEW ARTIST PAGE
KEYWORDS 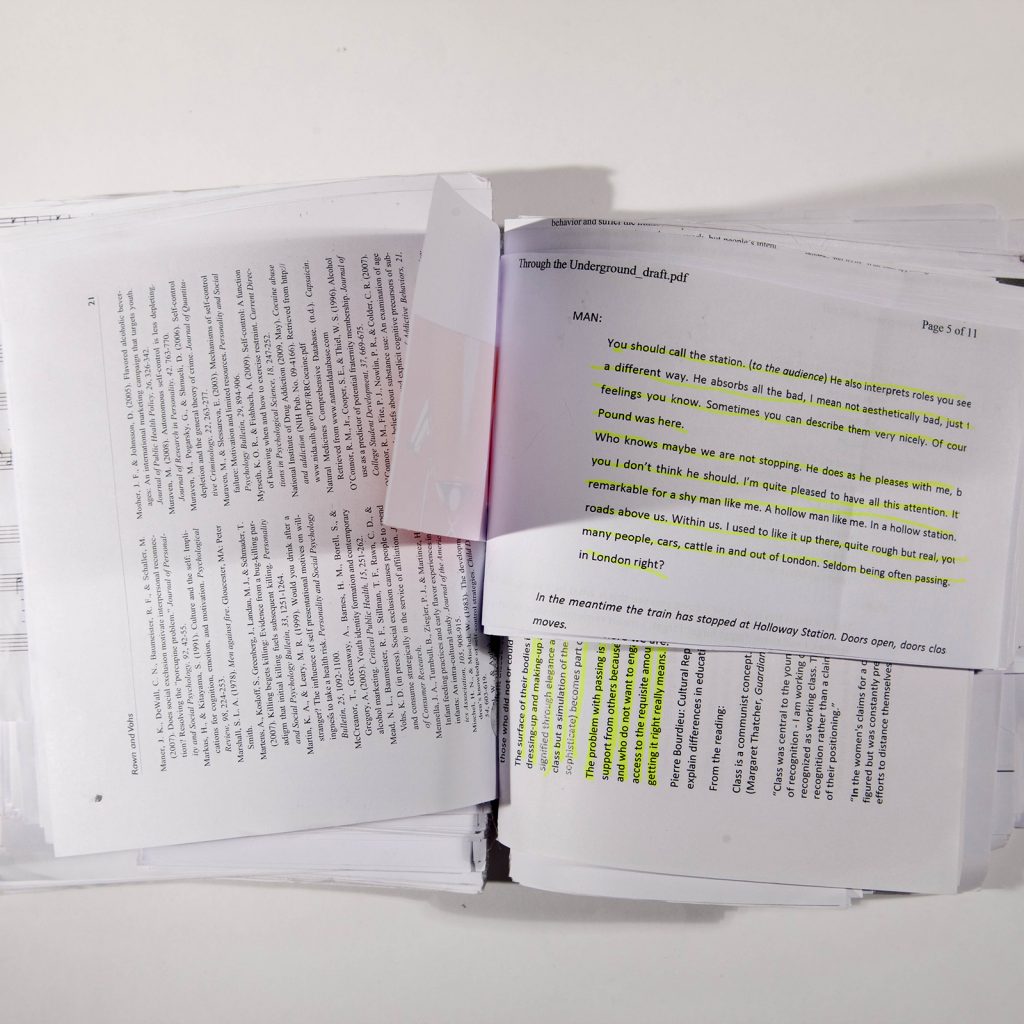 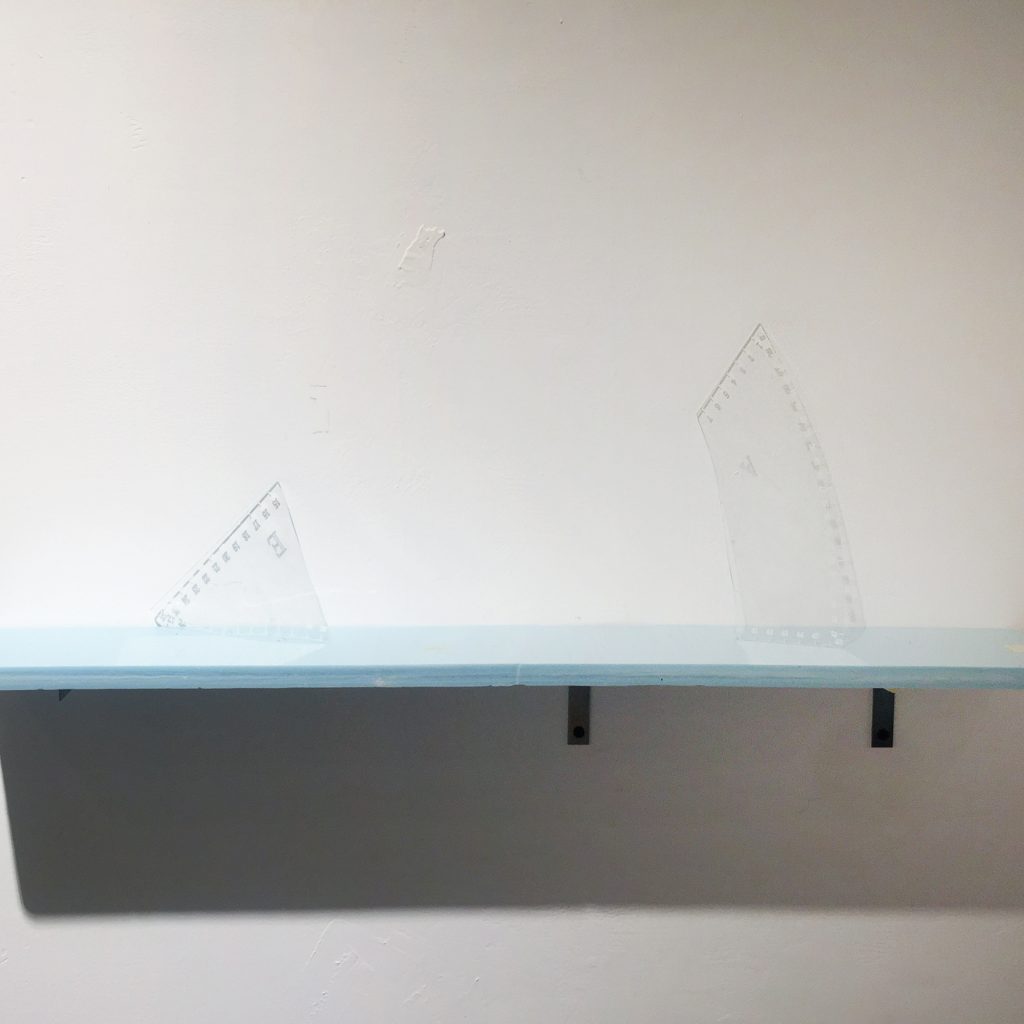 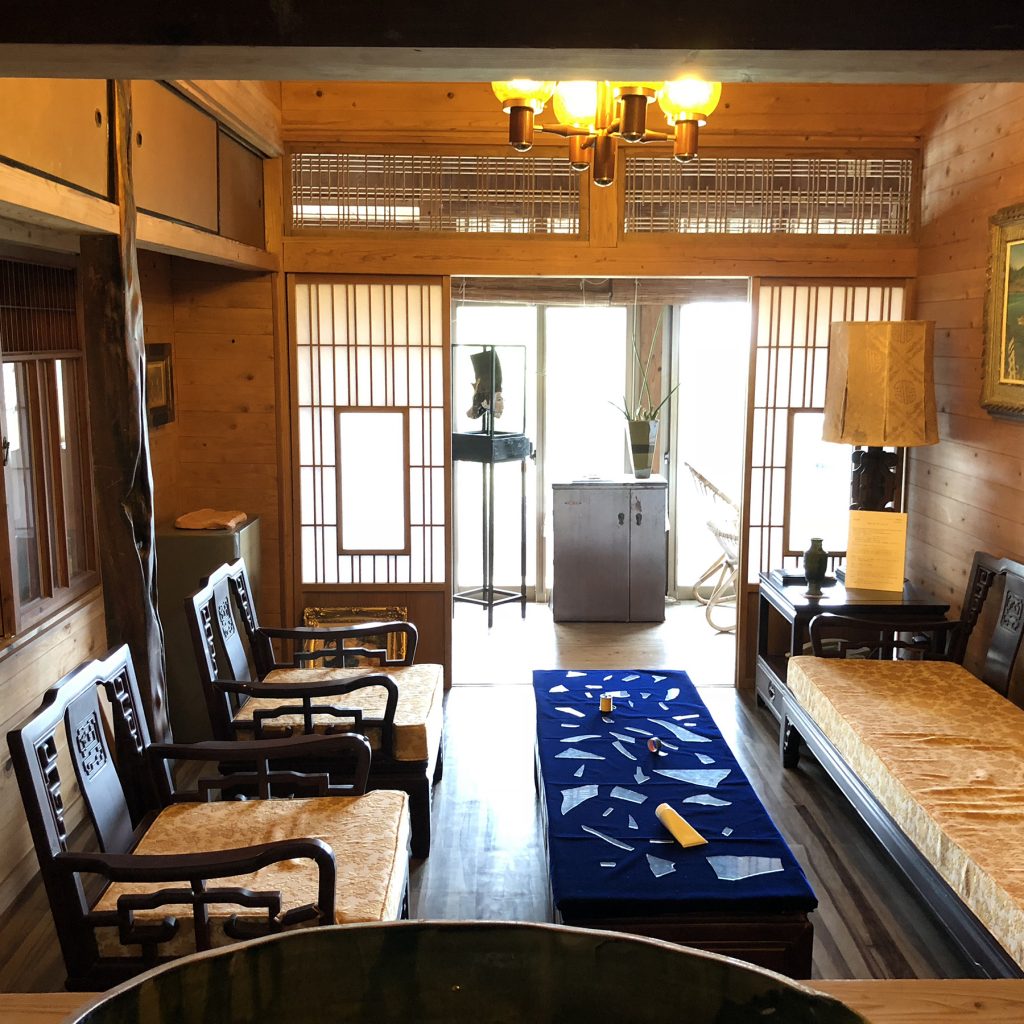 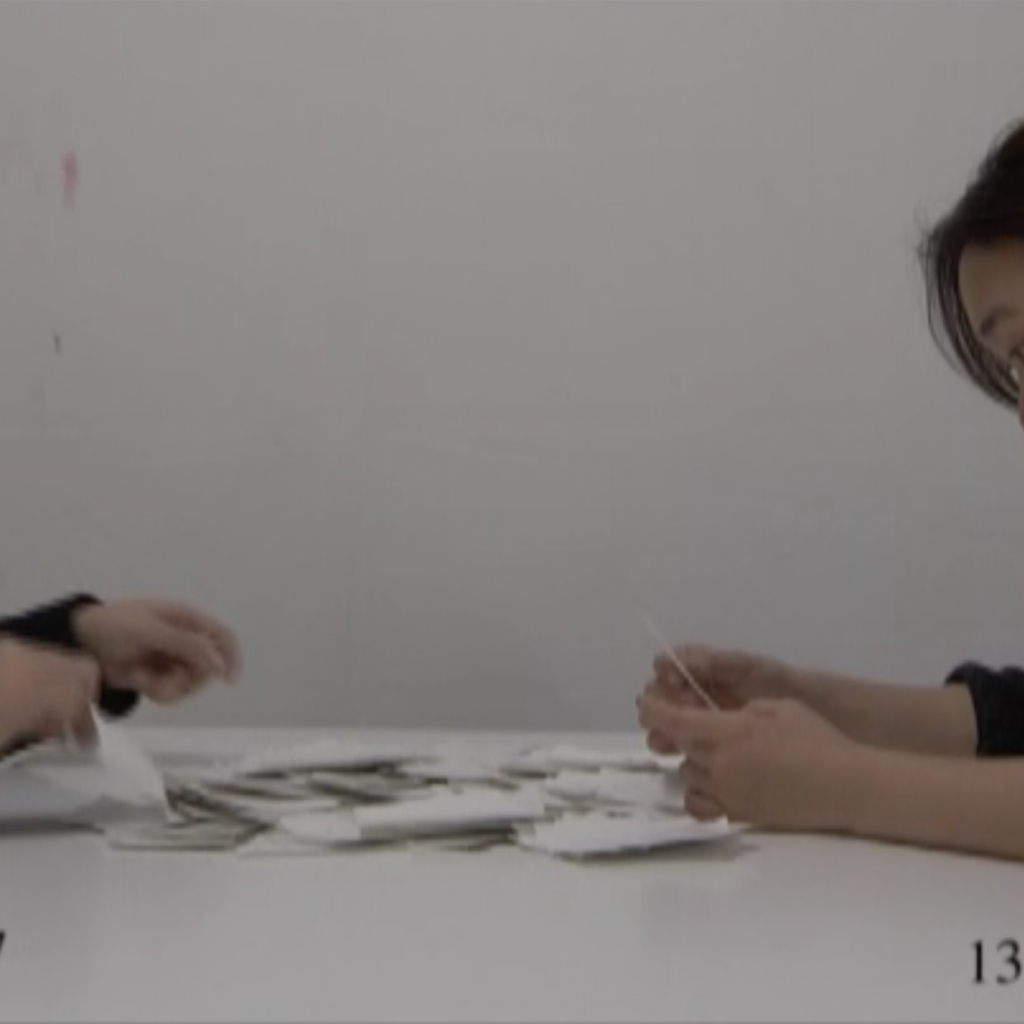 To the People Who Missed Each Other
LIN Yi-Chun, 2014, Installation Art 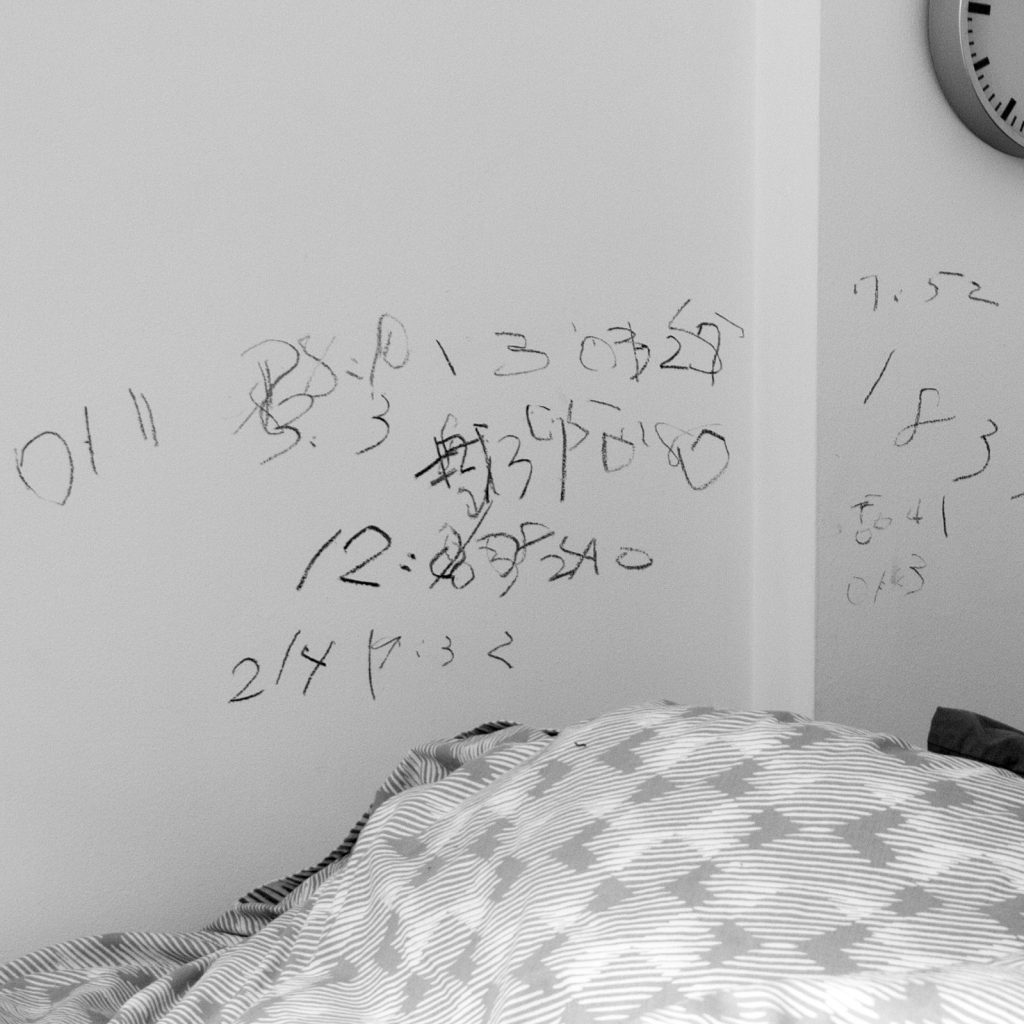 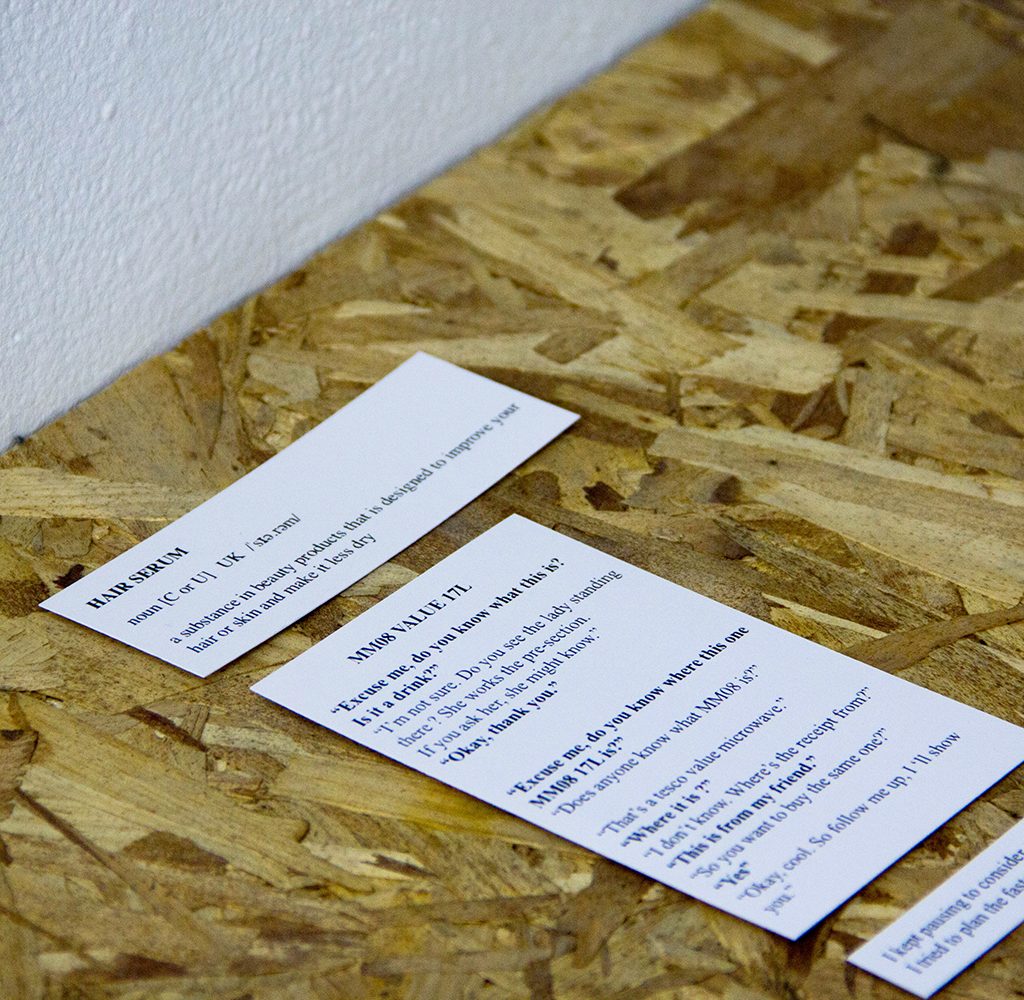 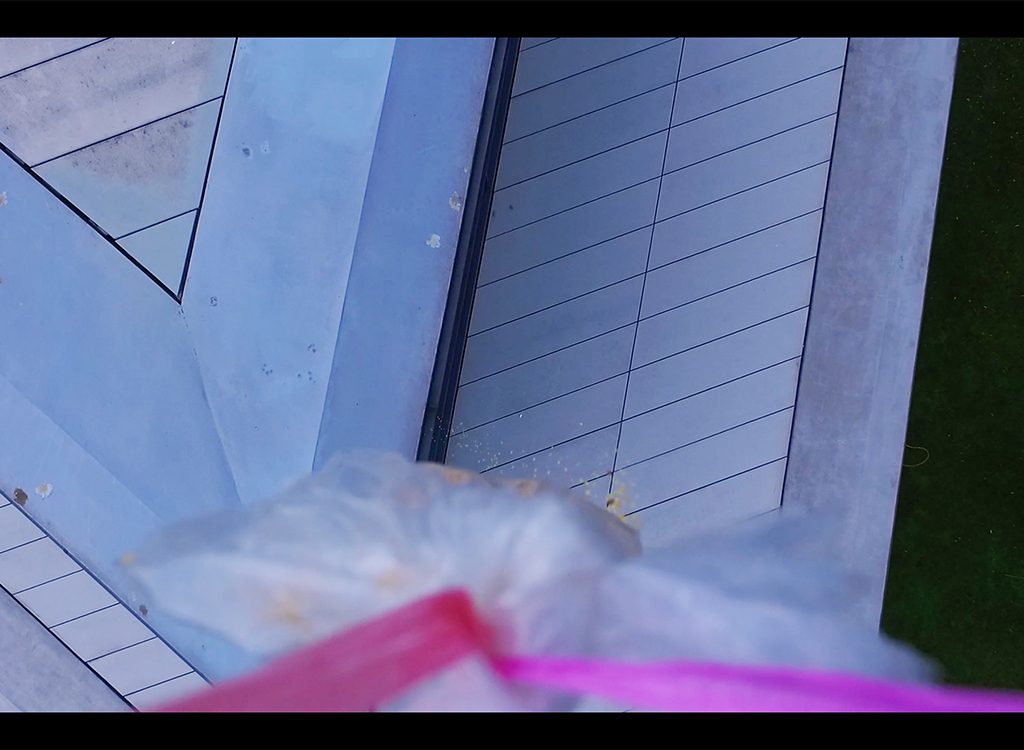 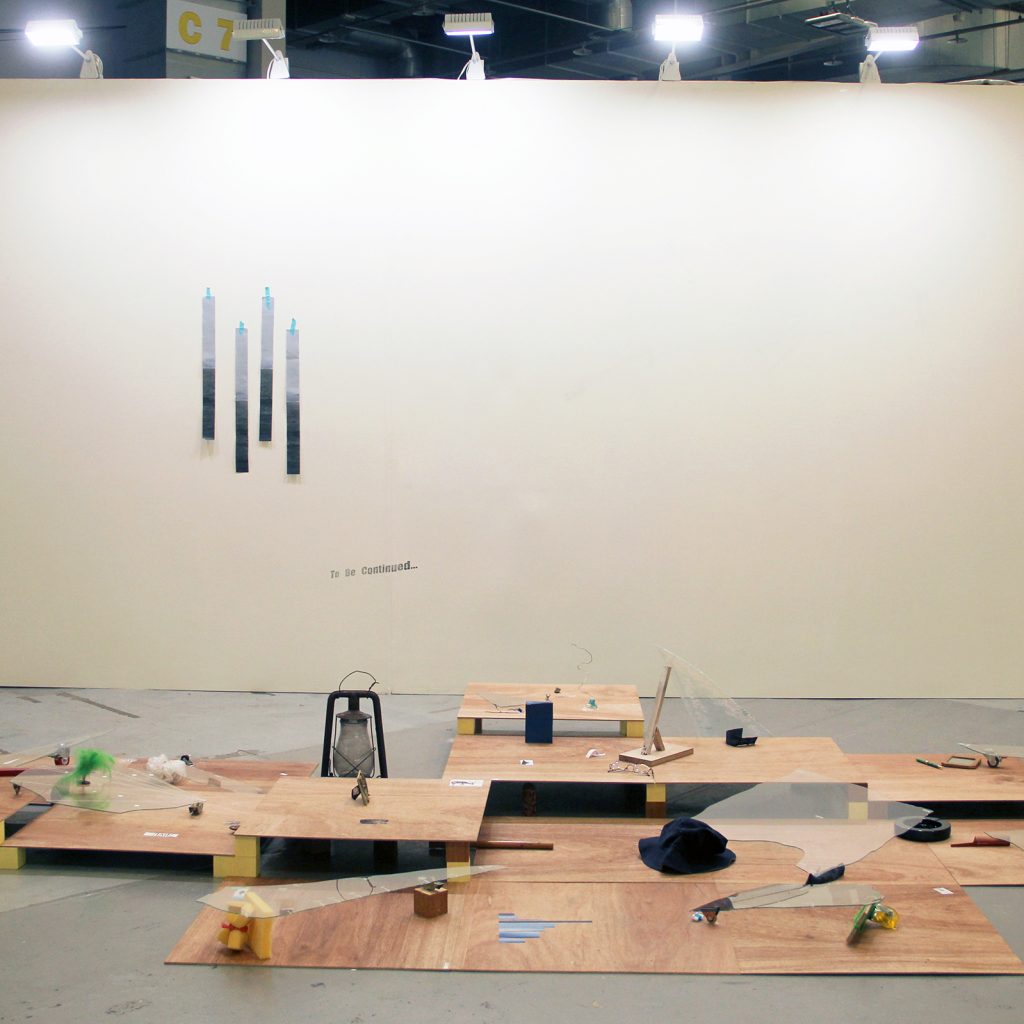 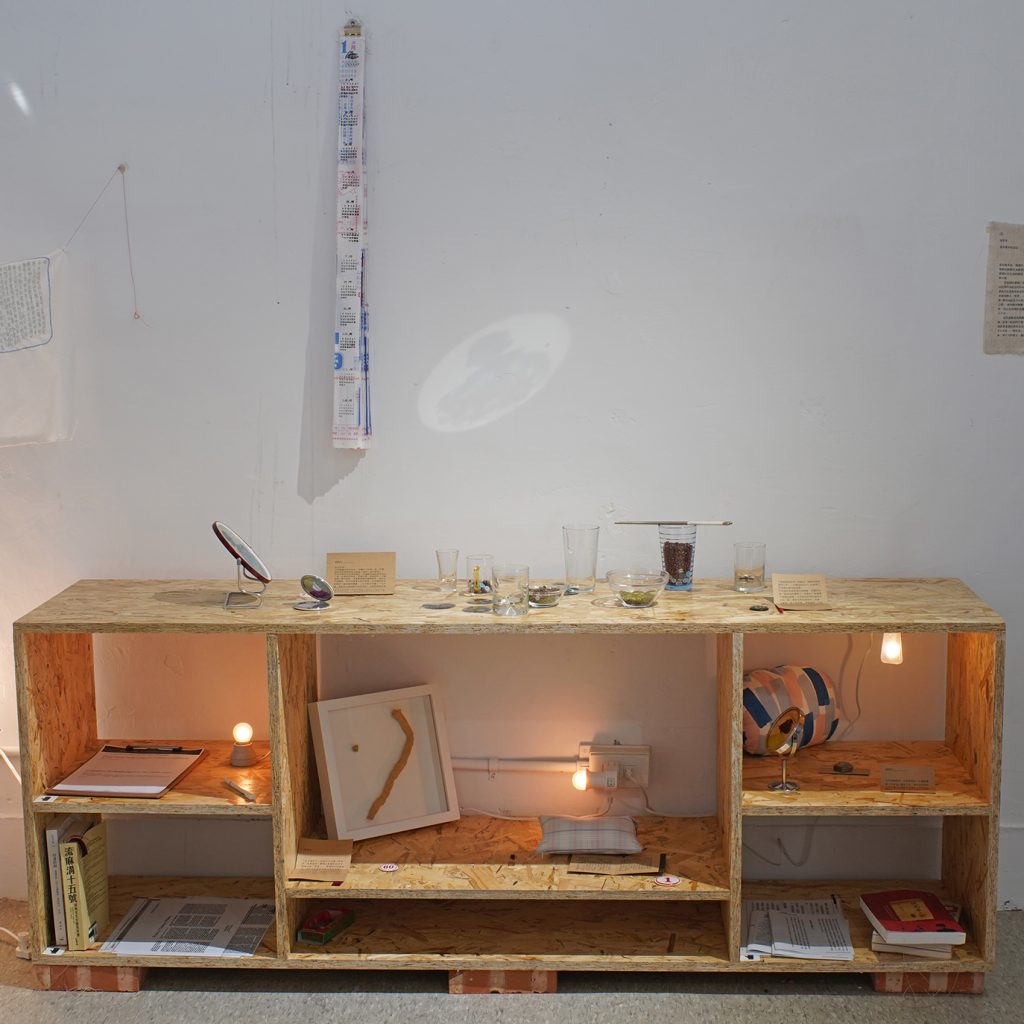 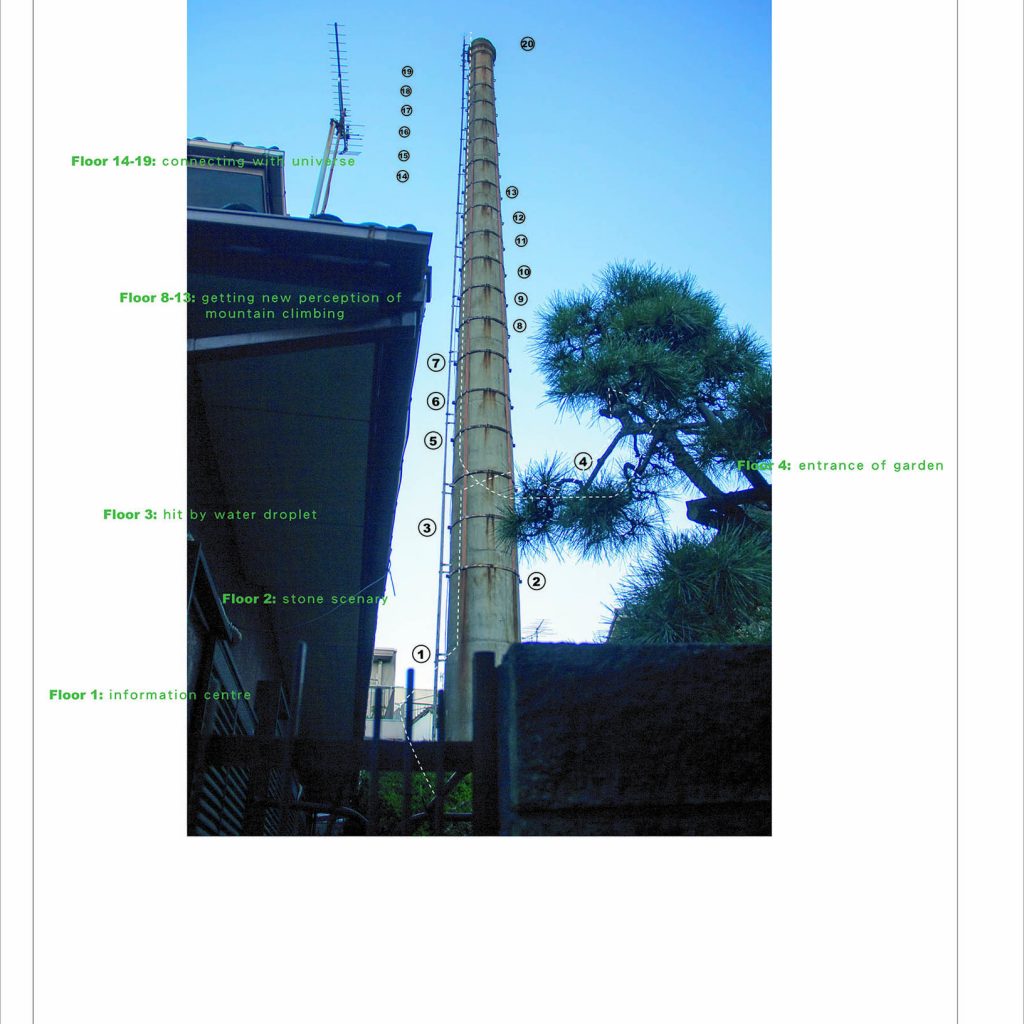