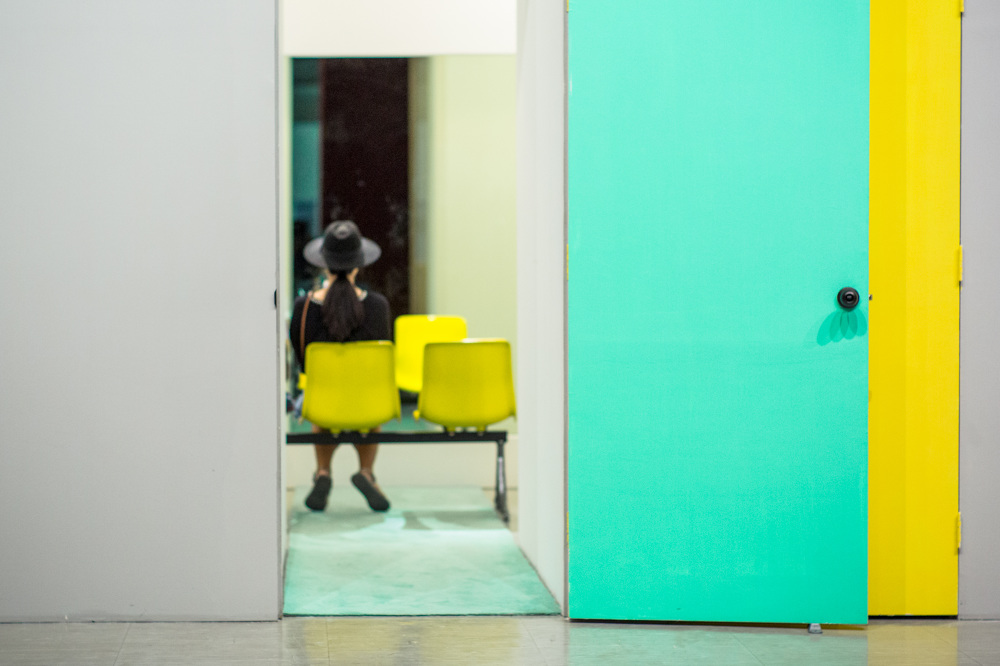 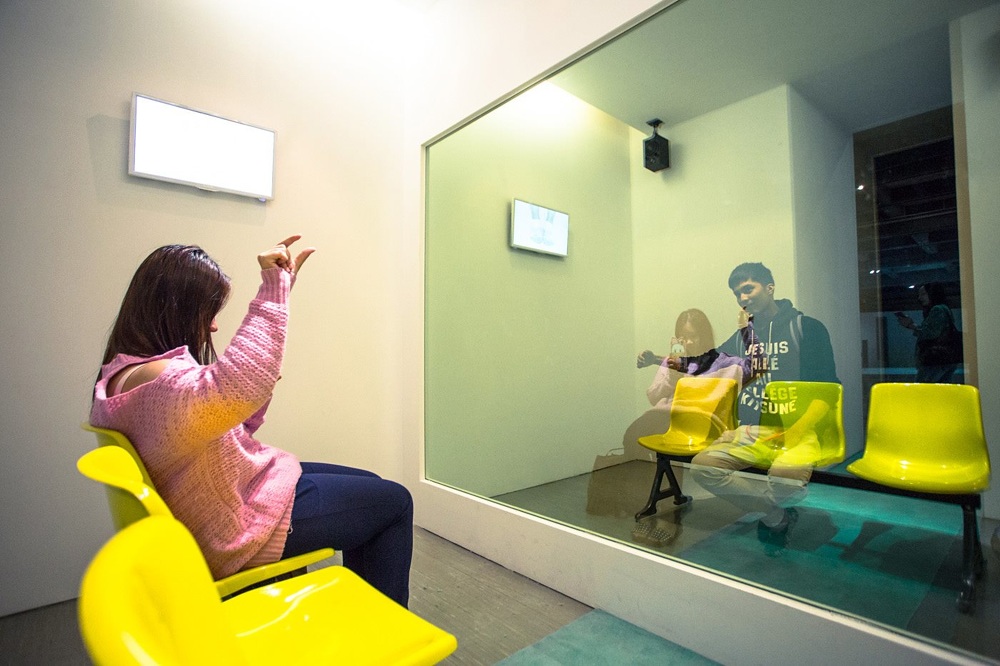 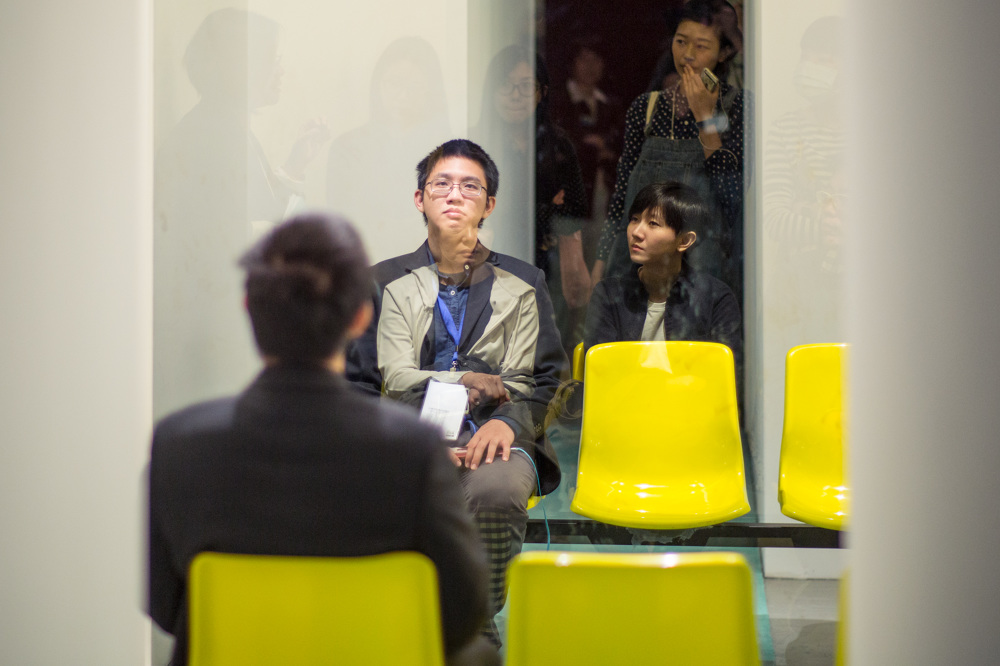 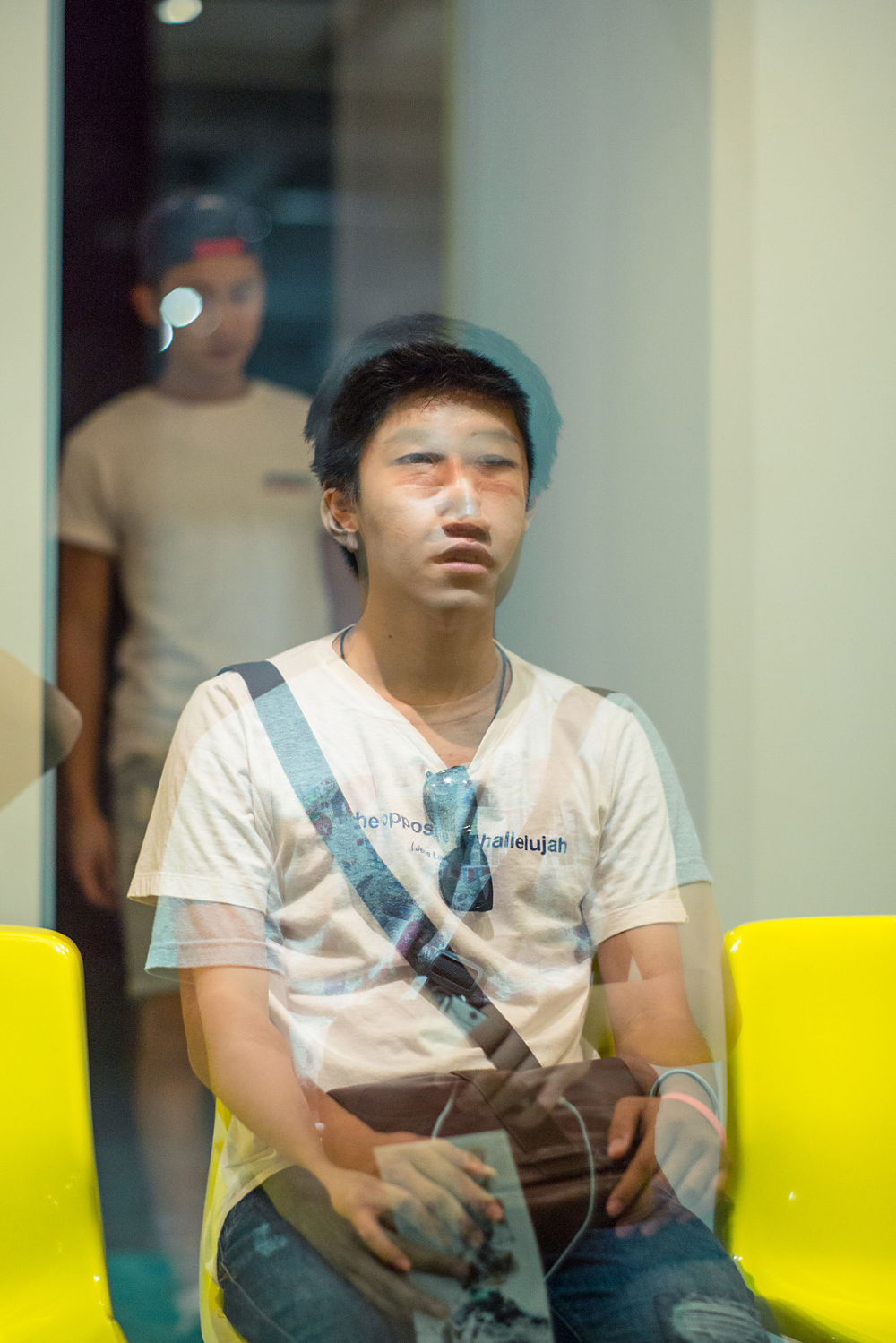 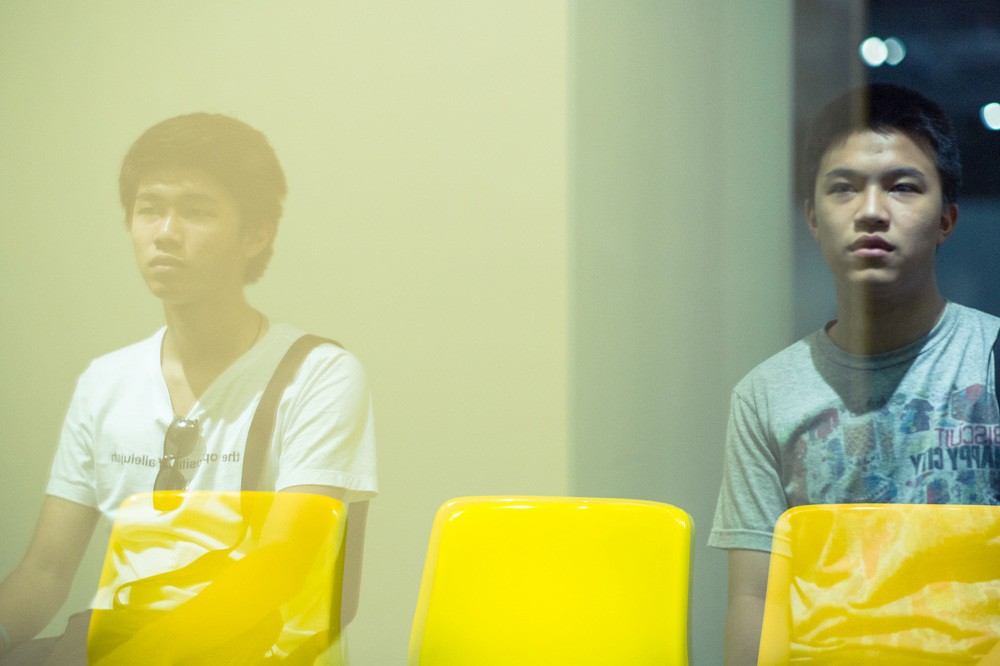 The room has two entries, mirror images of each other, and a viewer who enters faces a frame entirely filled with a semi-transparent mirror, like the projection screen in a movie theater. The semi-transparent mirror divides the room into two halves, and in front of the mirror is a row of chairs. The arrangements in the two halves of the room are exactly alike, creating the illusion of a semi-transparent, mirror-image space. By controlling the lighting in the two halves of the room, viewers entering from another door (the opposite entry point) will see in front of the mirror their own images, as well as the images, directly facing them, of people who have entered from the other doorway (the partial reflection of the mirror means that viewers in the other half of the room appear as semi-transparent images). A viewer sitting in one of the chairs will find their image overlapping with the image of another viewer sitting in a chair opposite them; the experience will be like watching a movie, but what they are watching is the superposition, and the opposition, of themselves with the viewers opposite them.

ARTISTS
76 artworks / 52 exhibition
Installation Art
Joyce Ho received her M.A. in studio arts from University of Iowa. She is an interdisciplinary artist with an emphasis in painting, sculpture and theater. Joyce Ho has exhibited at such venues as Kobe Biennale, Museum of Contemporary Art Shanghai, ...
VIEW ARTIST PAGE
KEYWORDS 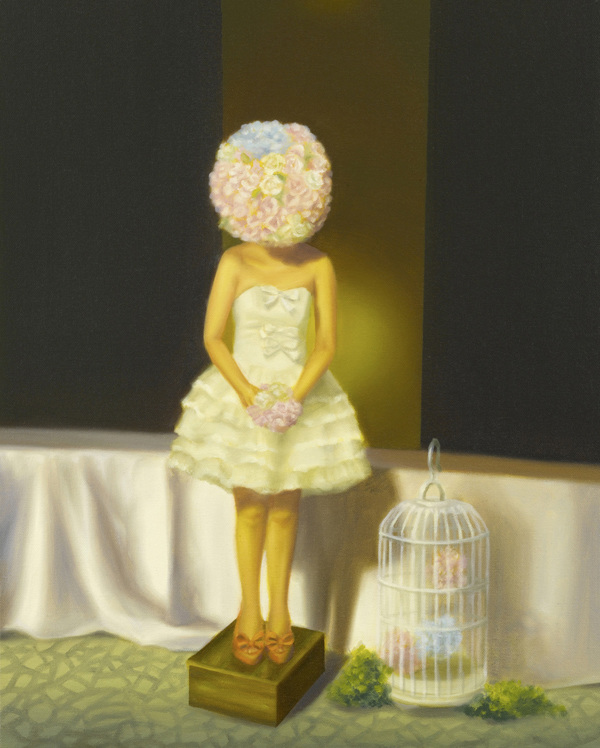 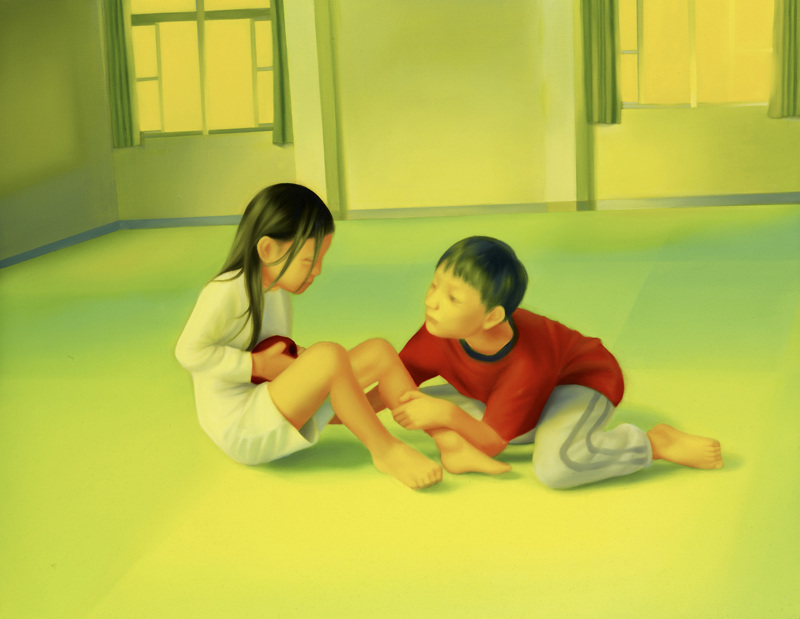 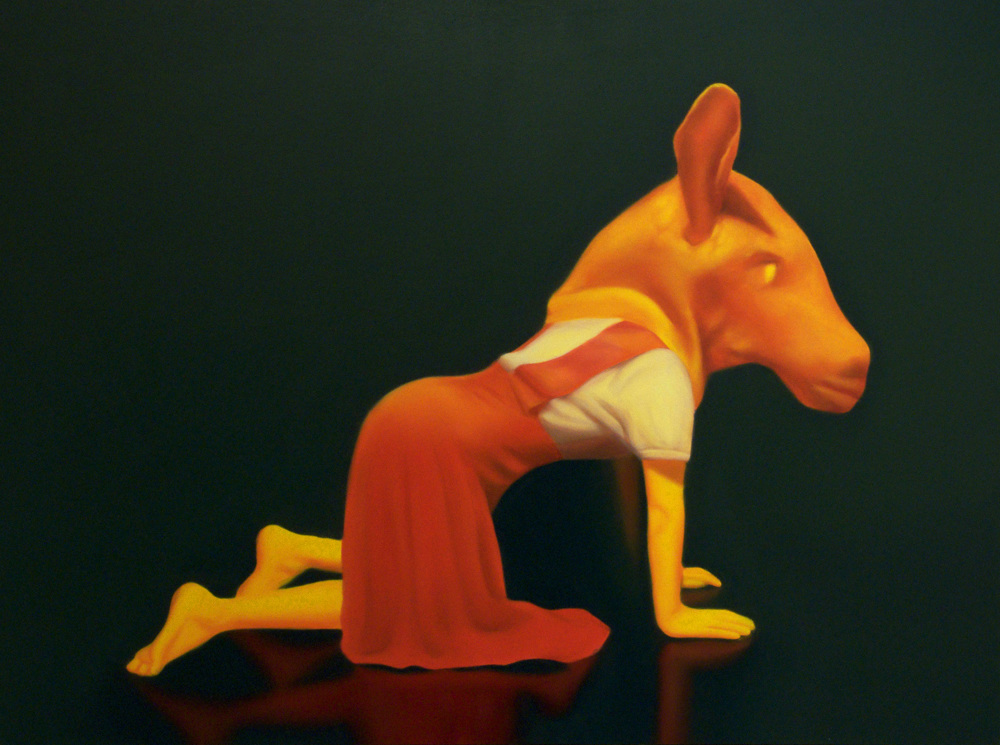 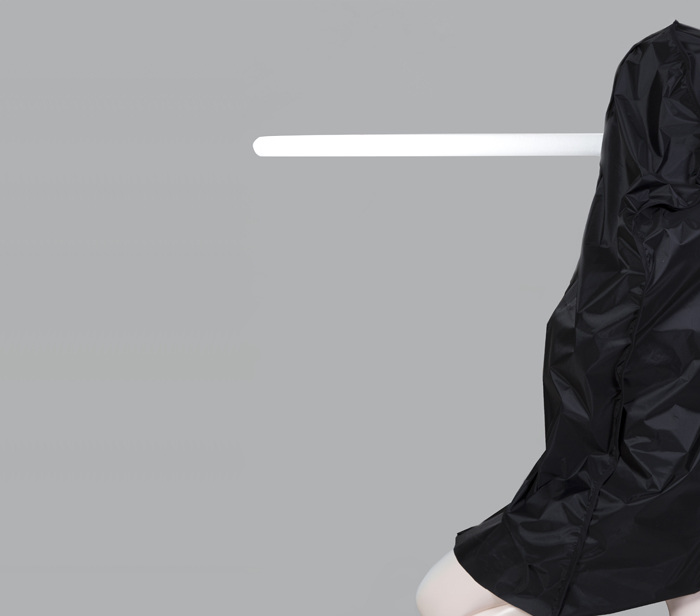 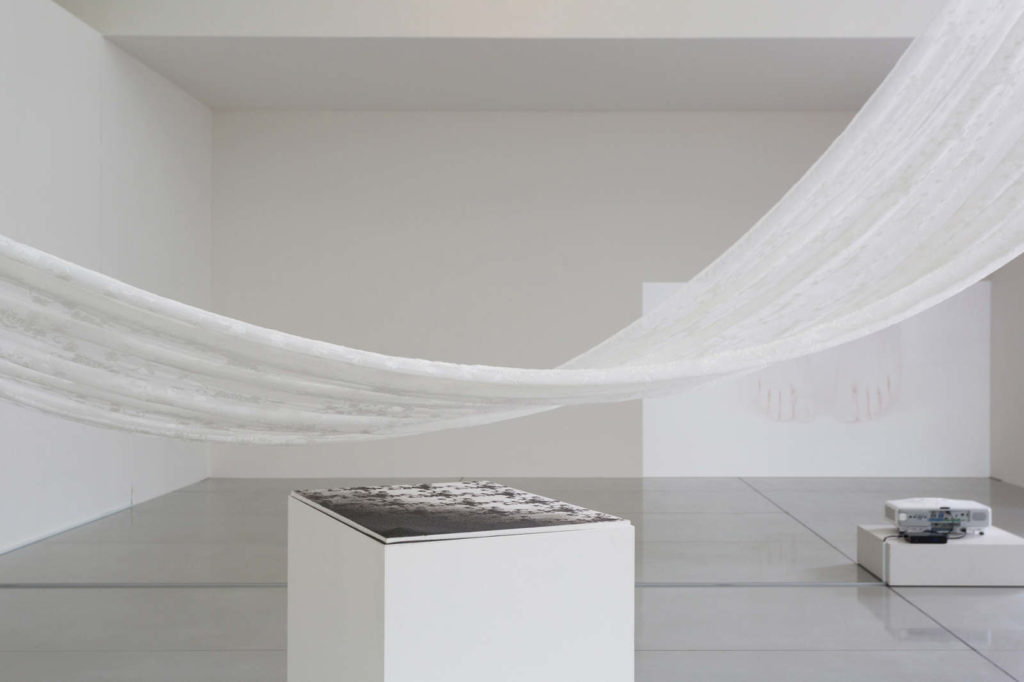 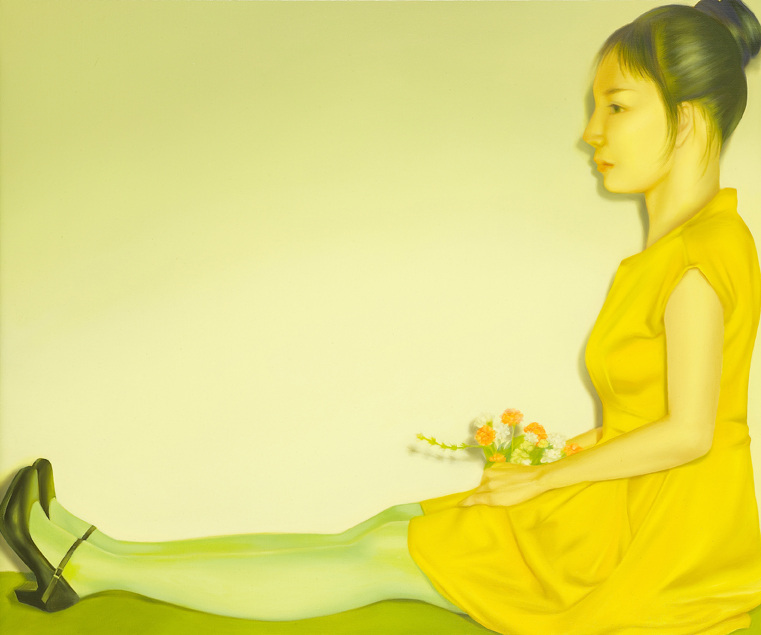 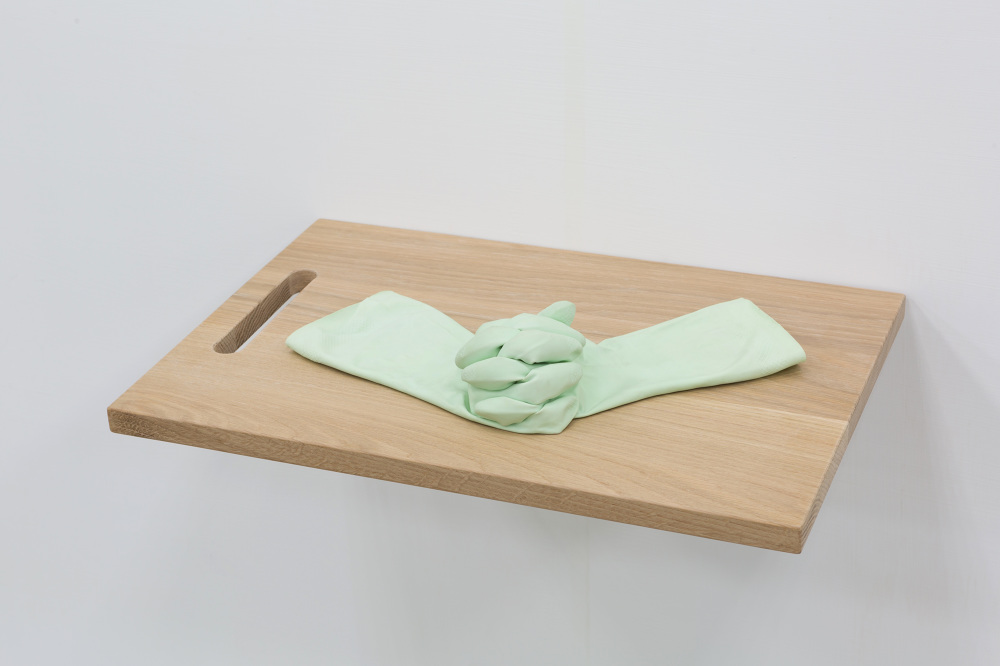 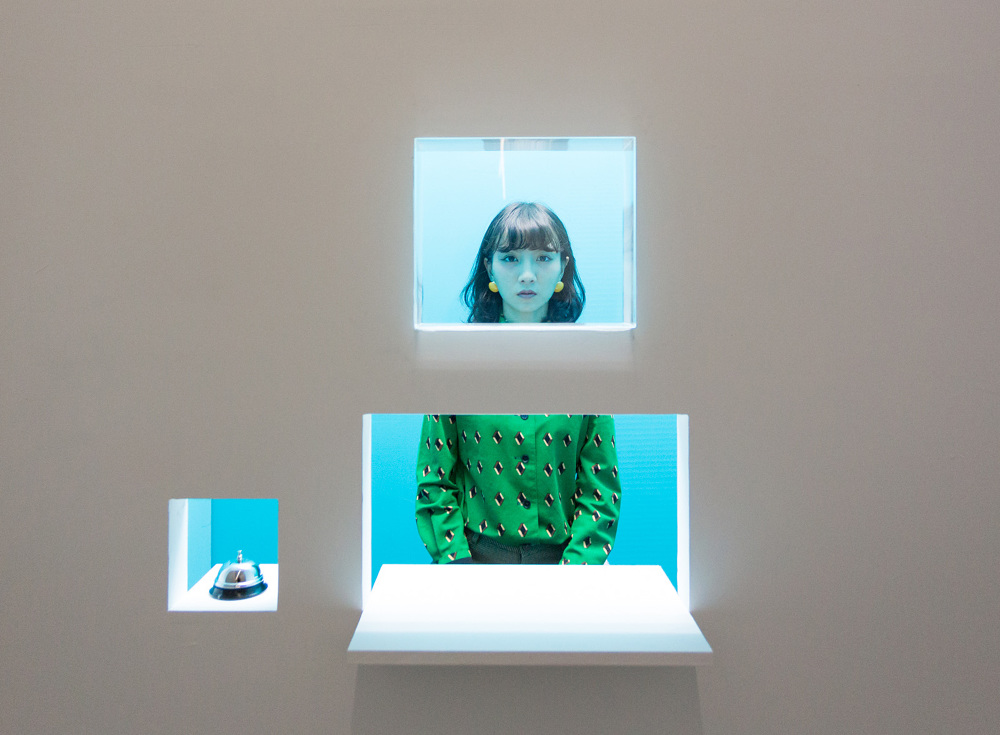 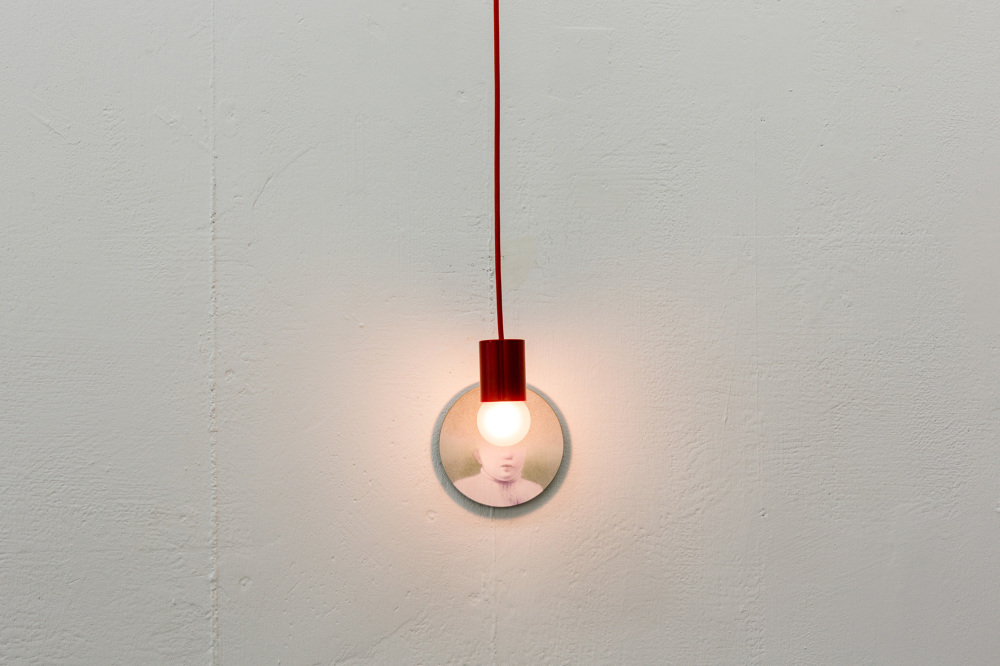 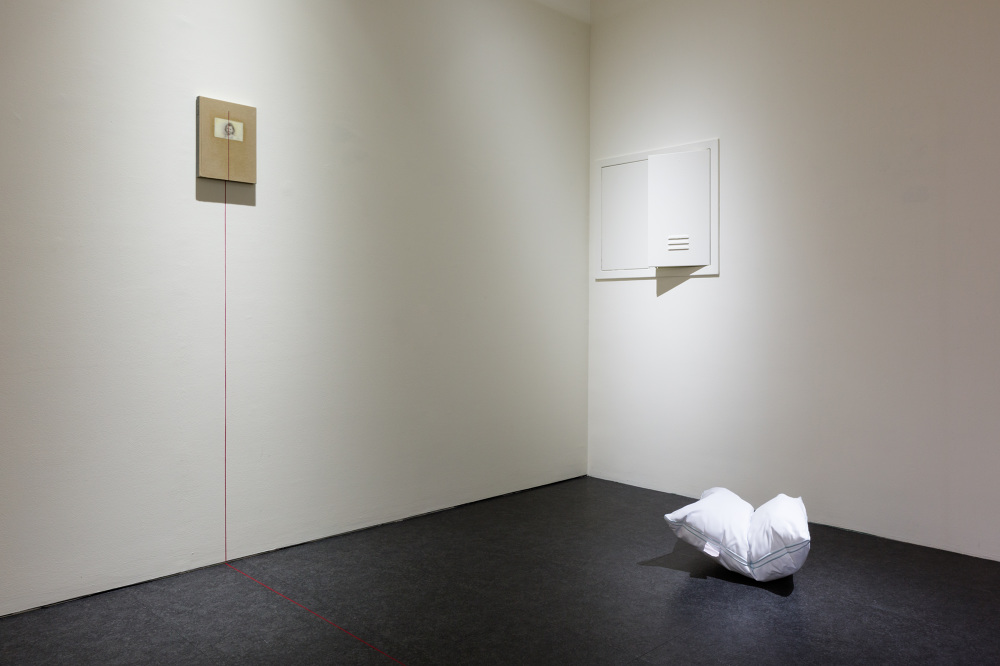 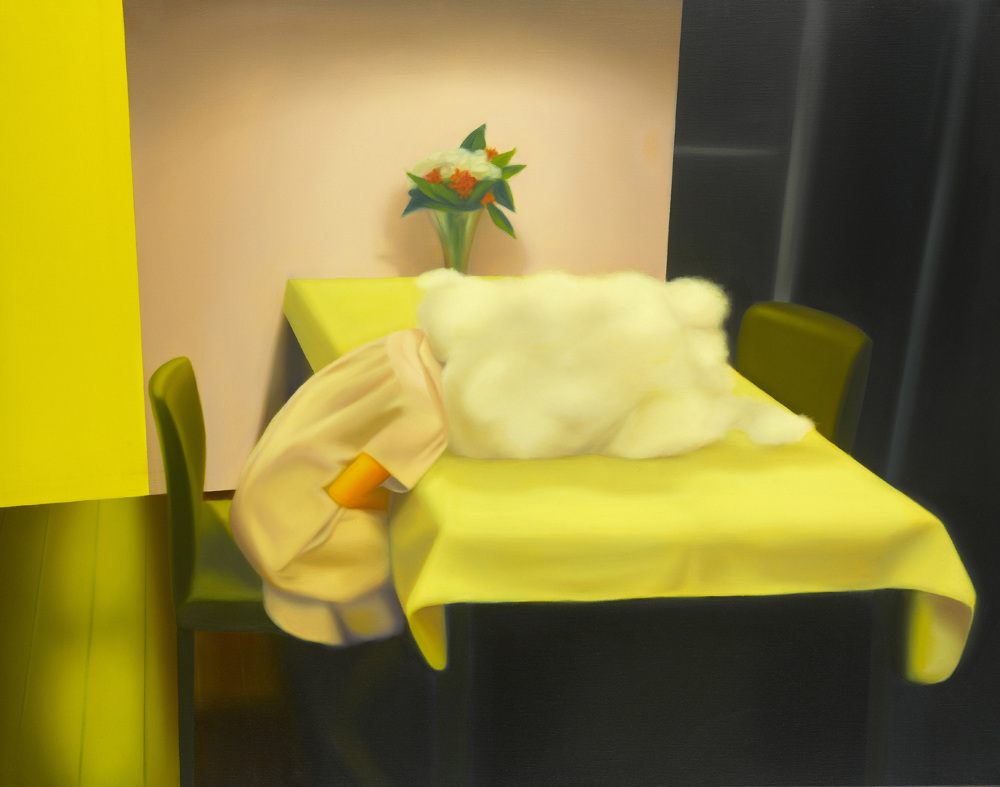 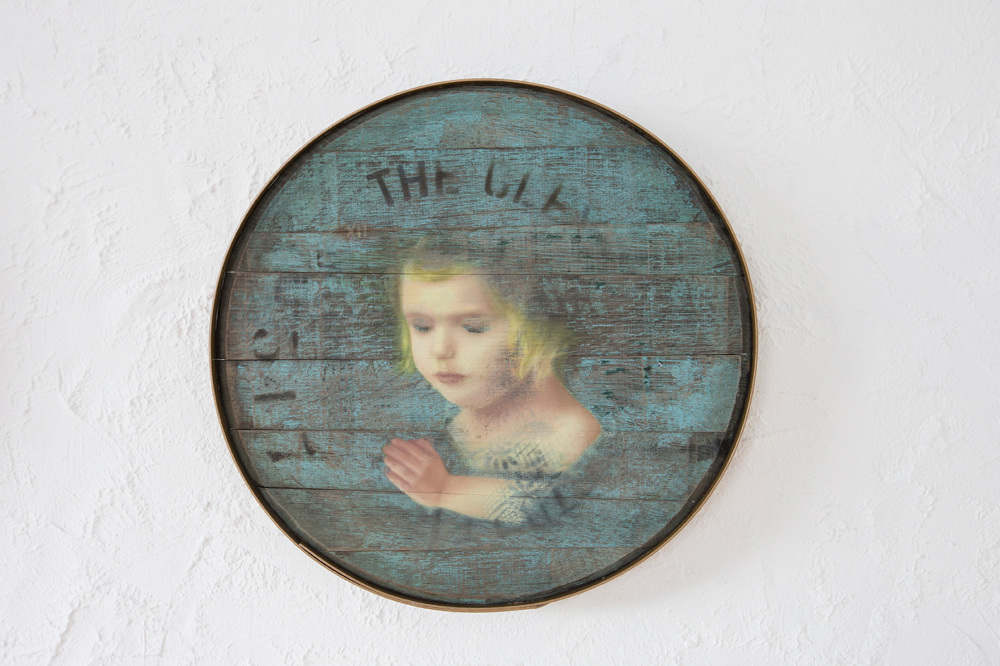 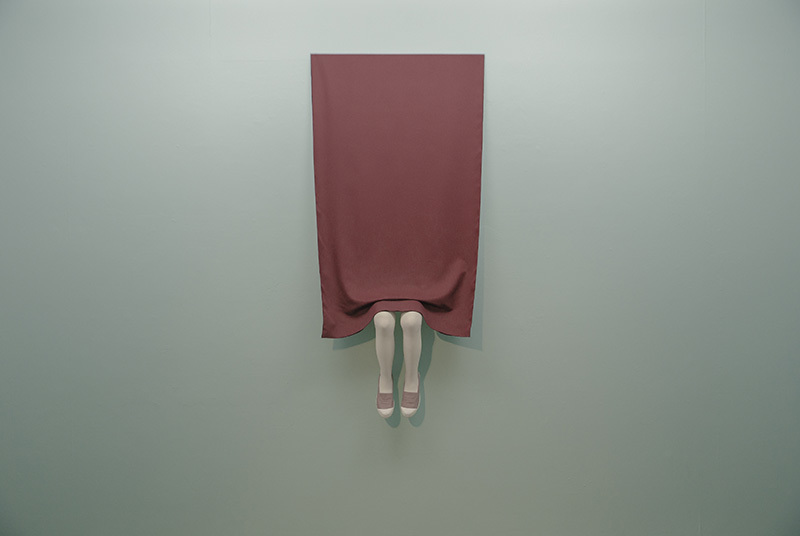 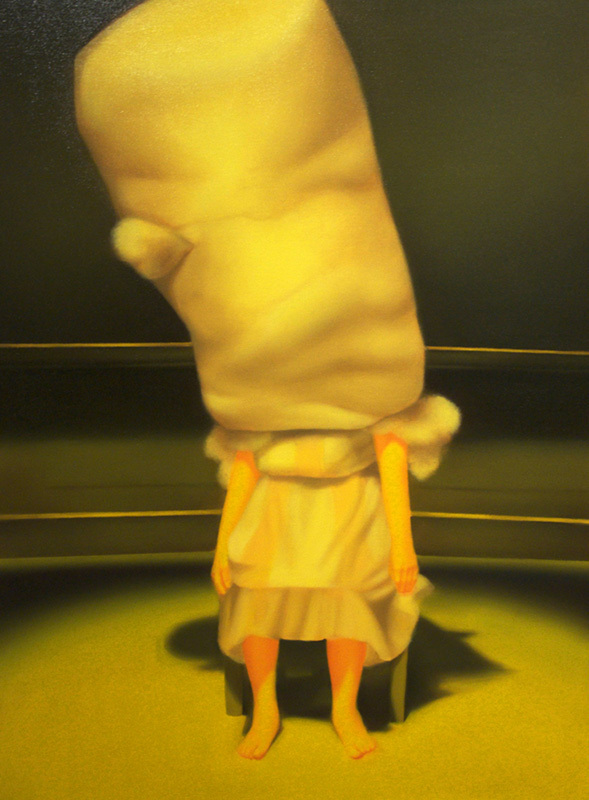 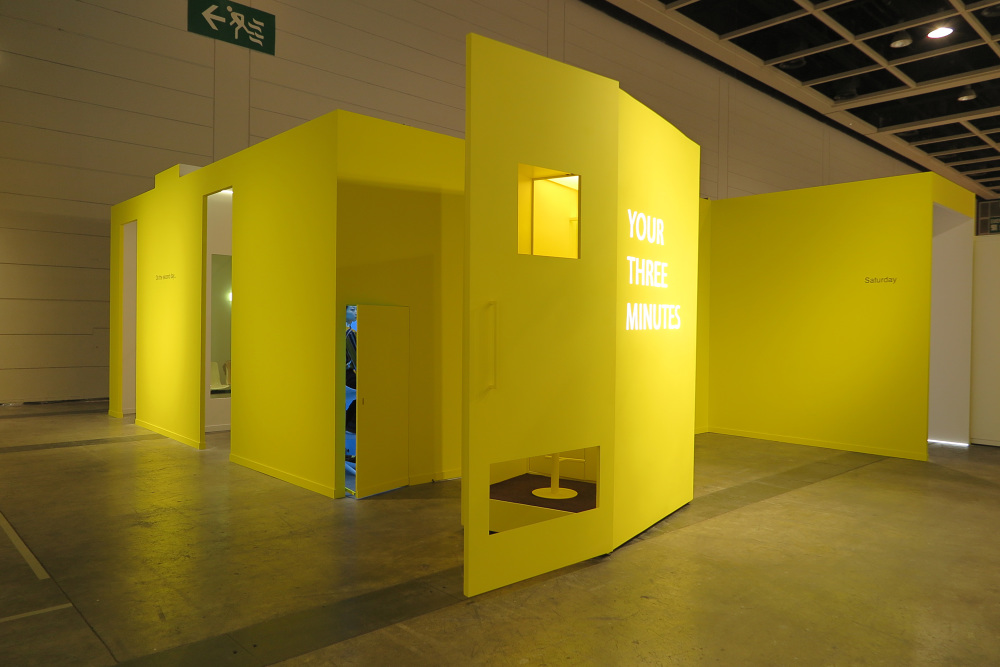