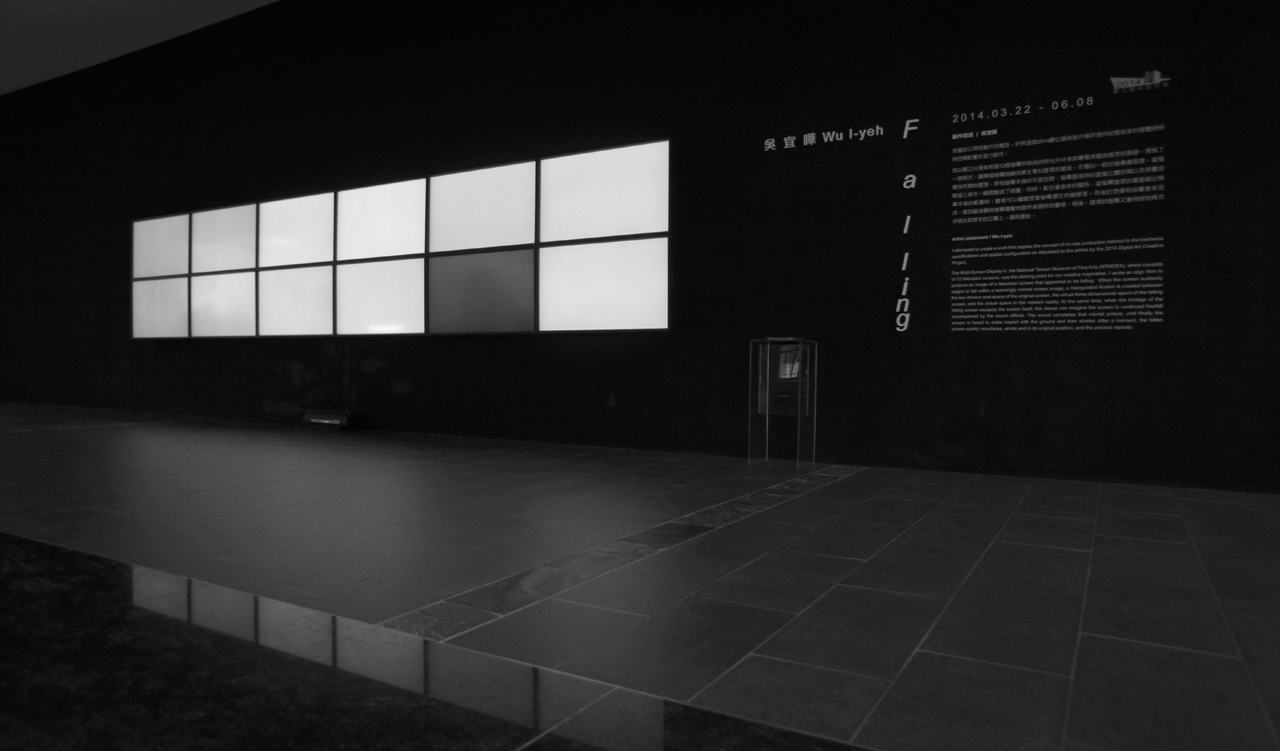 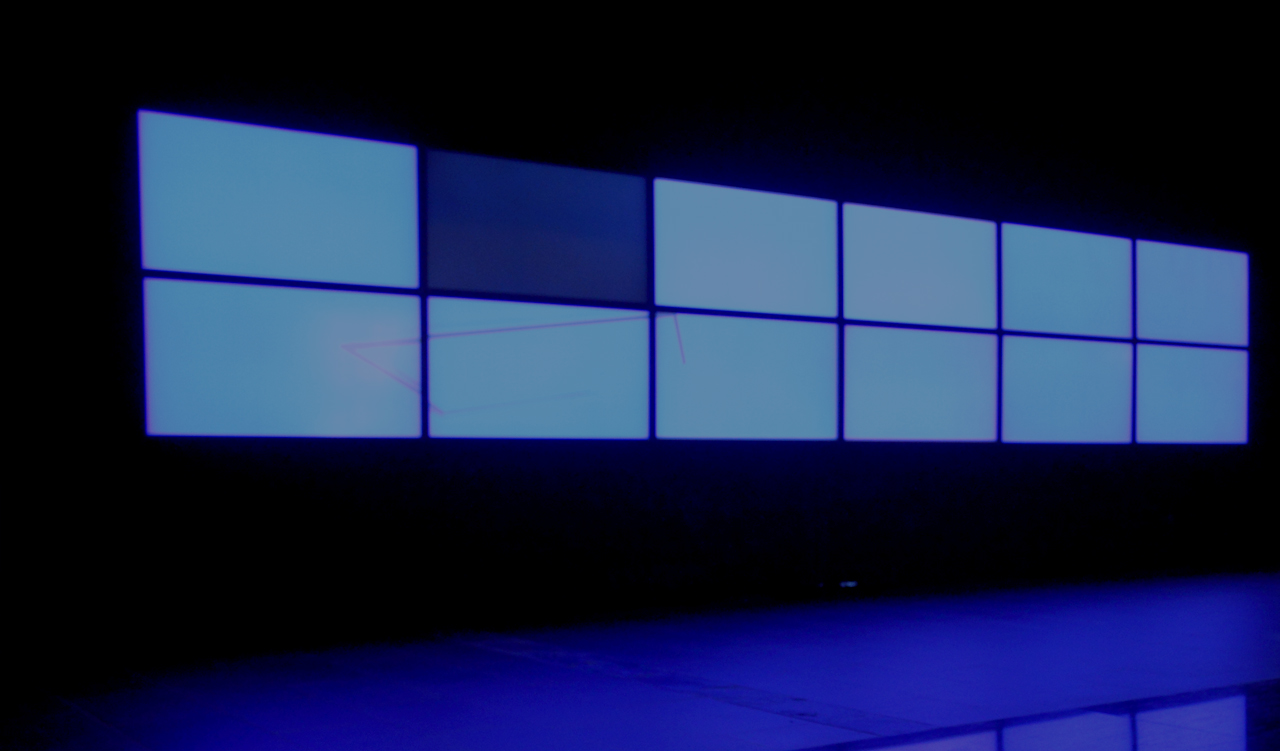 I attempted to create a work that applies the concept of on-site production tailored to the hardware specifications and spatial configuration as stipulated to the artists by the 2014 Digital Art Creative Project.

The Multi-Screen Display in the National Museum of Fine Arts, which consists of 12 TV screens, was the starting point for my creative inspiration. I wrote an algorithm to produce an image of a TV screen that appeared to be falling. When the screen suddenly begins to fall within a seemingly normal screen image, a triangulated illusion is created between the two dimensional space of the original screen, the virtual 3D space of the falling screen, and the actual space in the viewers reality. At the same time, when the footage of the falling screen exceeds the screen itself, the viewer can imagine the screen in continued free fall accompanied by the sound effects. The sound completes that mental picture, until finally the screen is heard to make impact with the ground and then shatter. After a moment the fallen screen quietly resurfaces, whole and in its original position, and the process repeats. 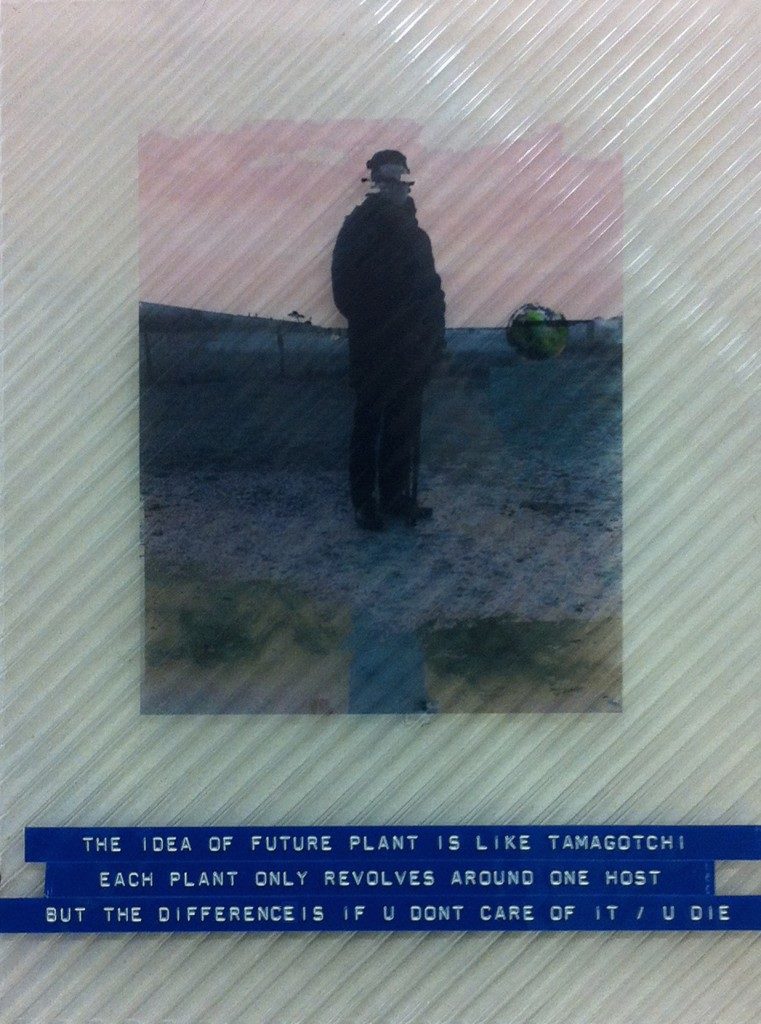