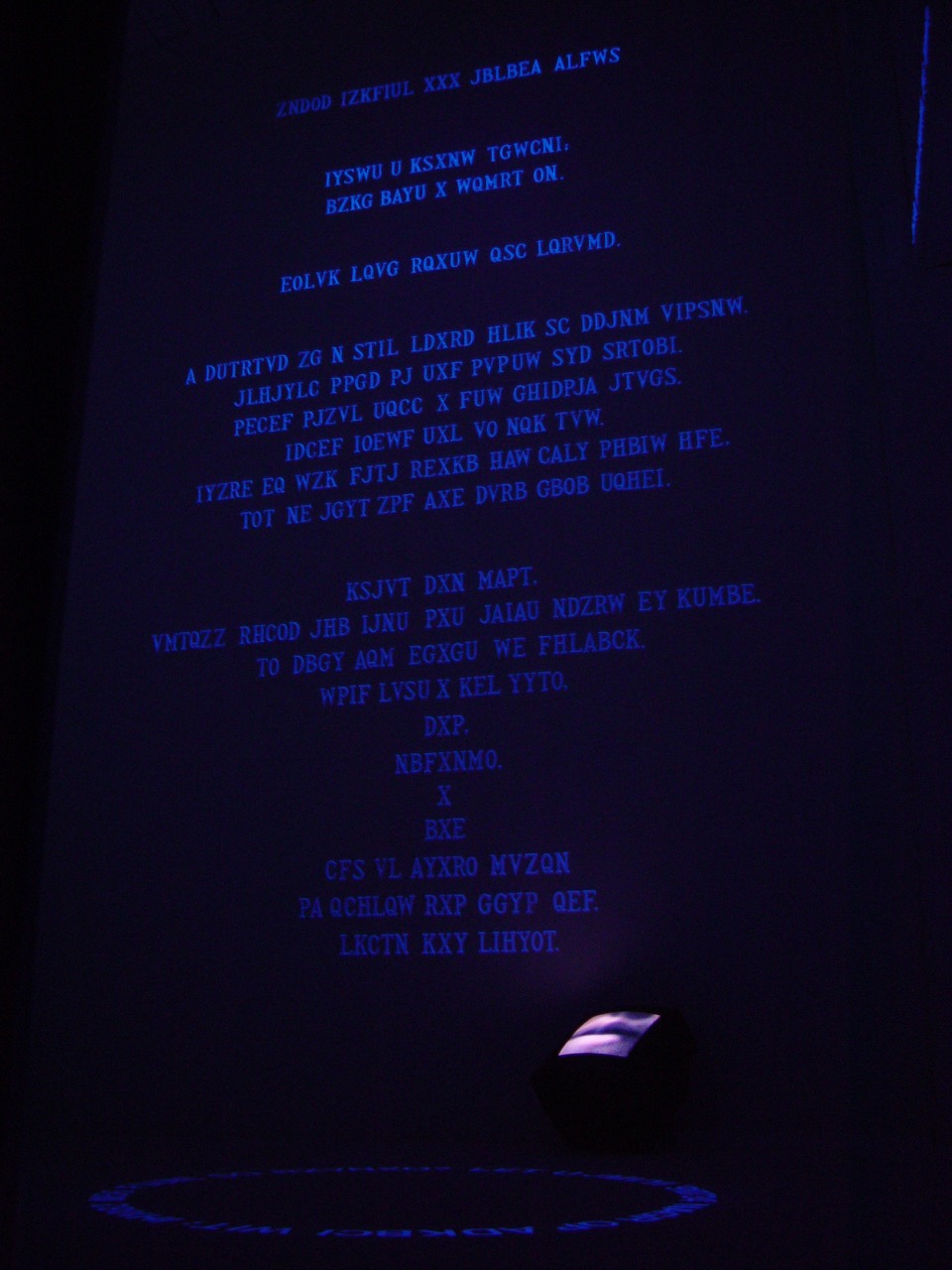 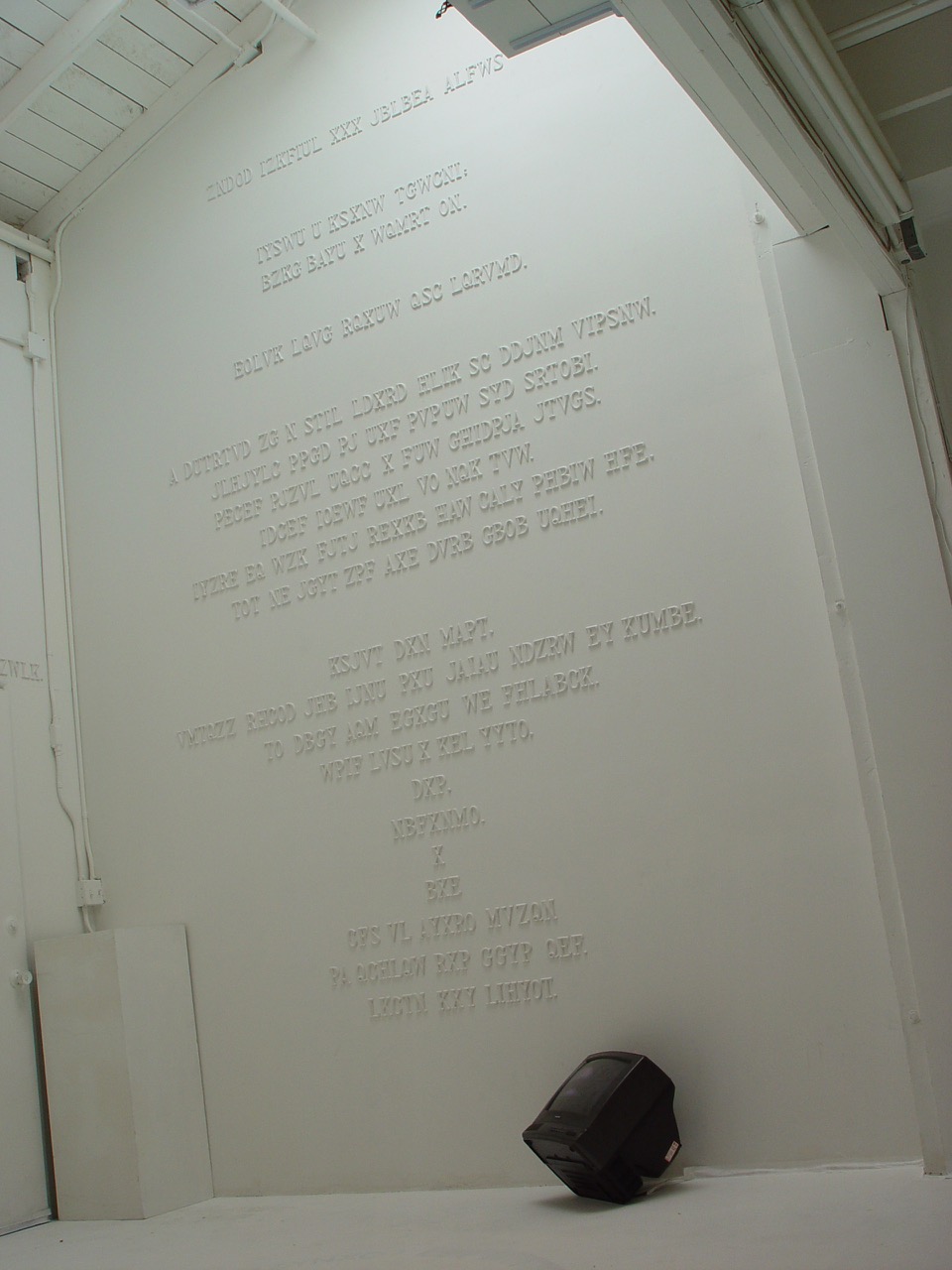 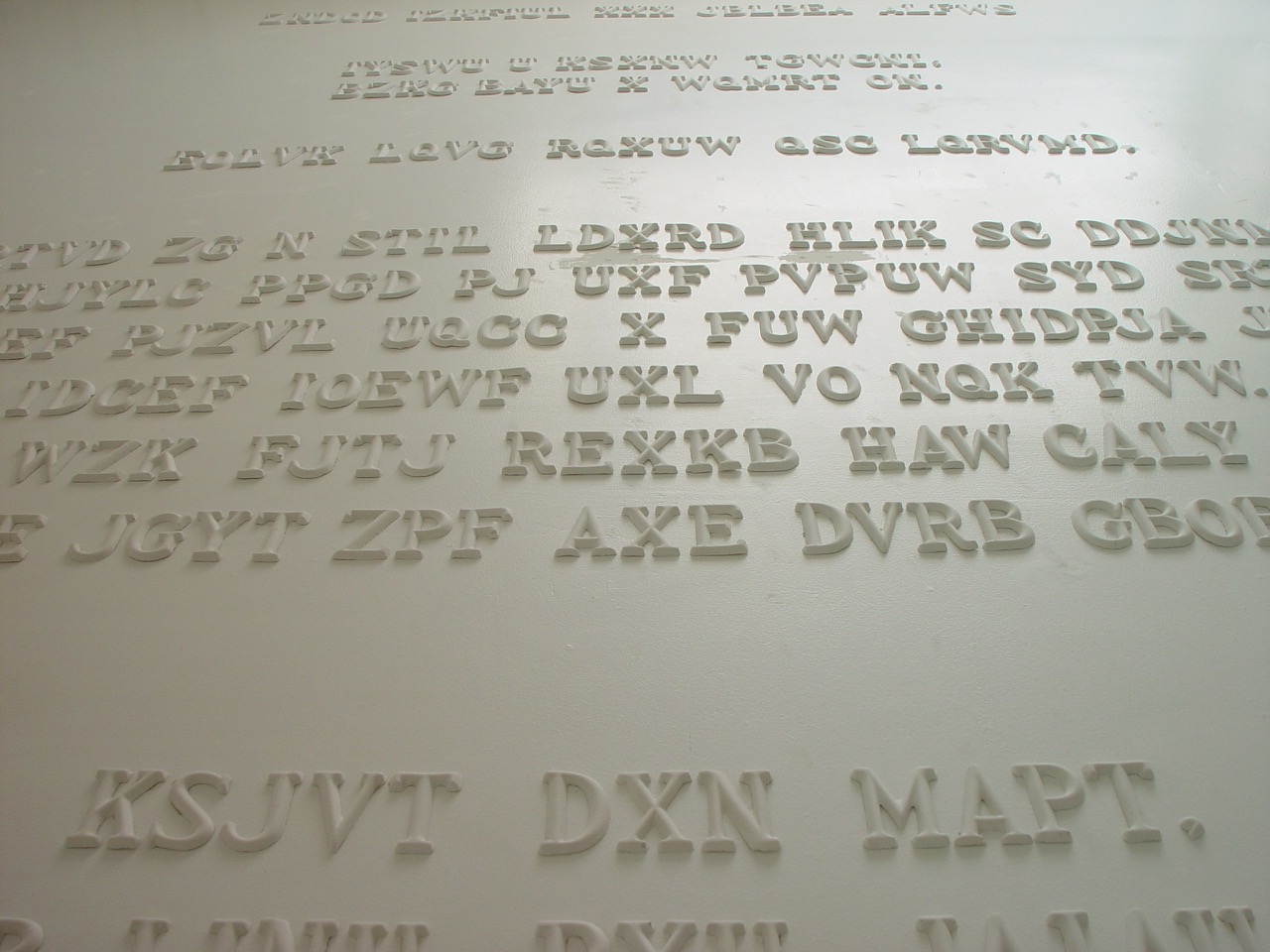 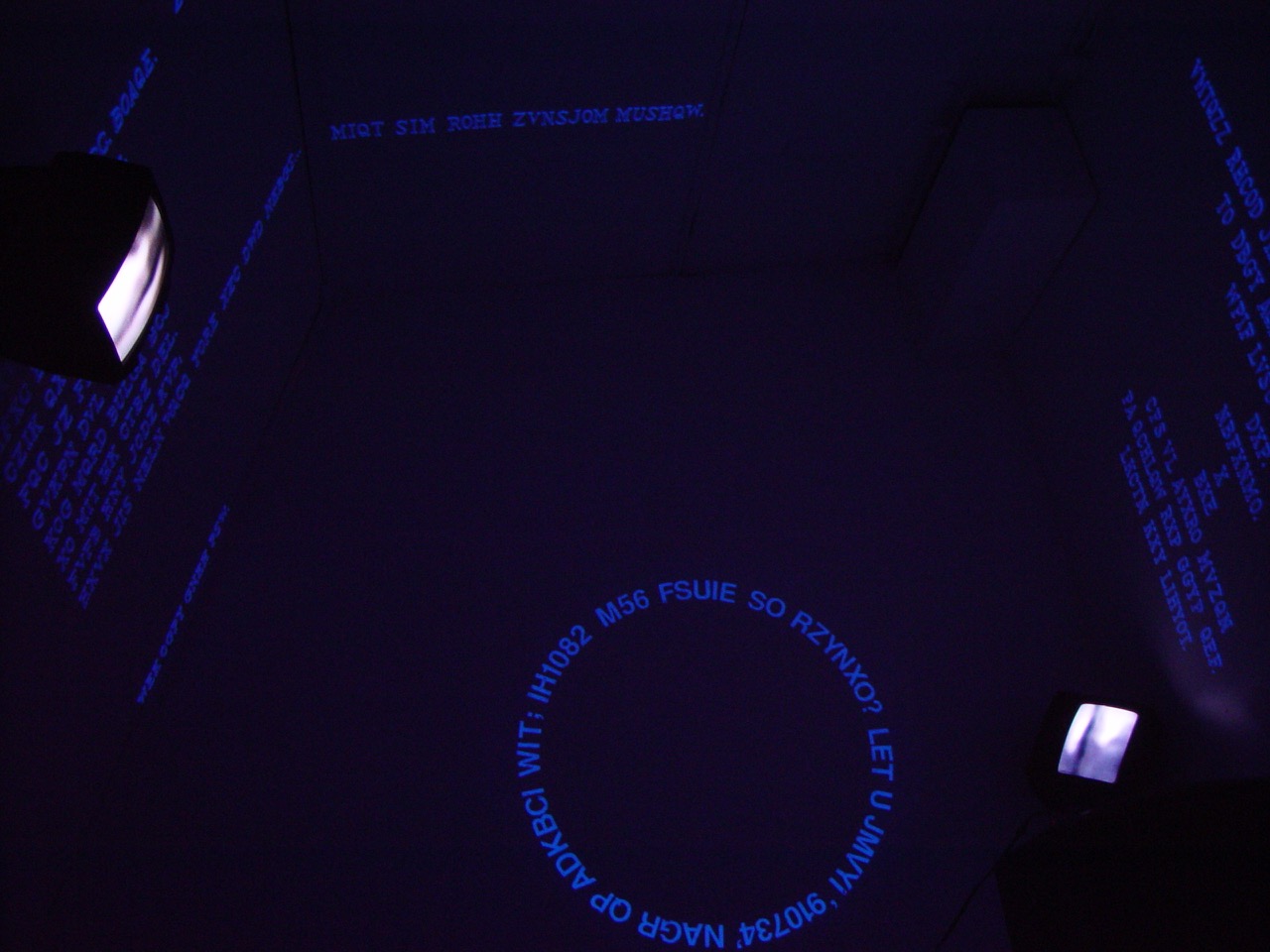 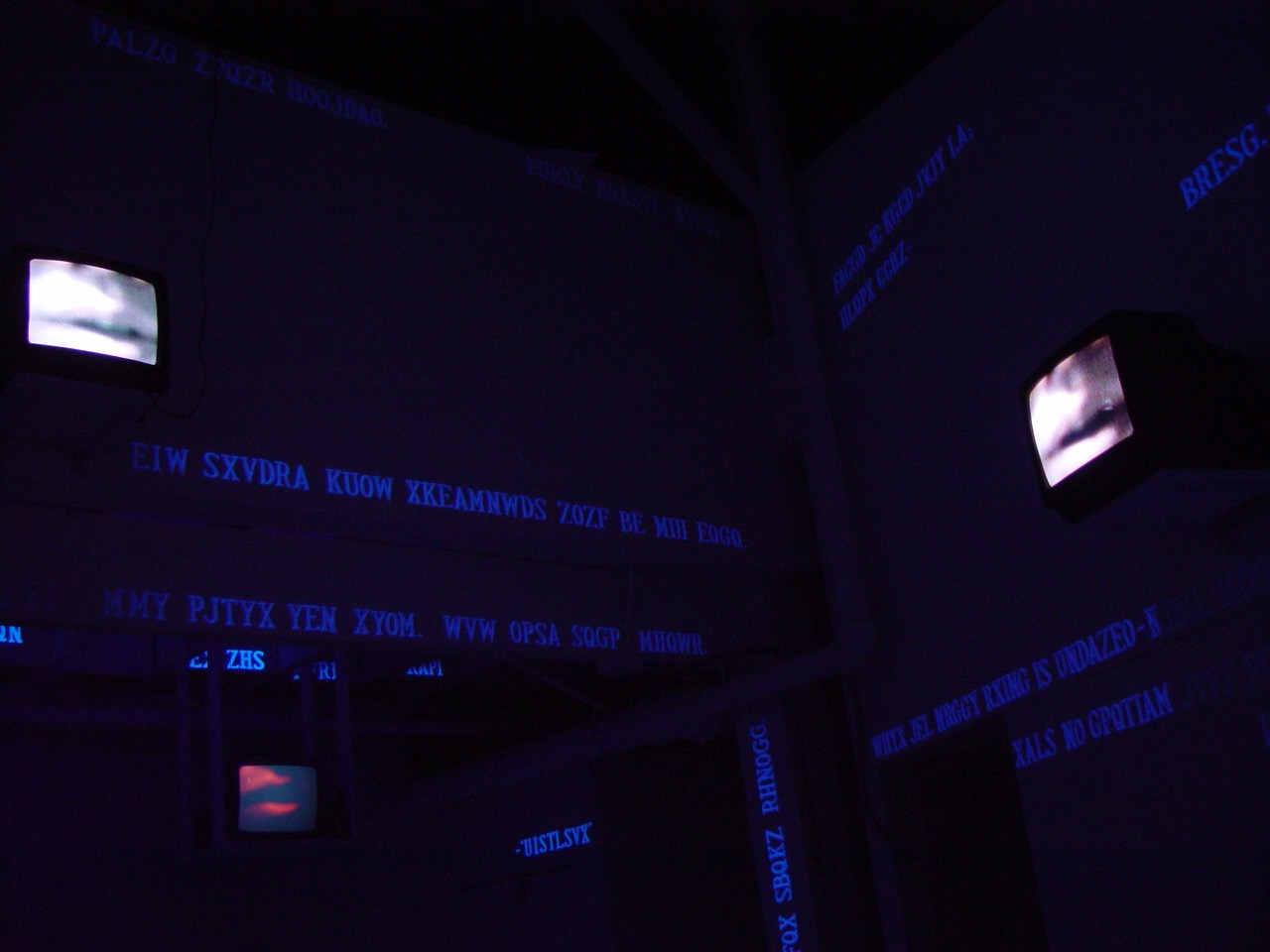 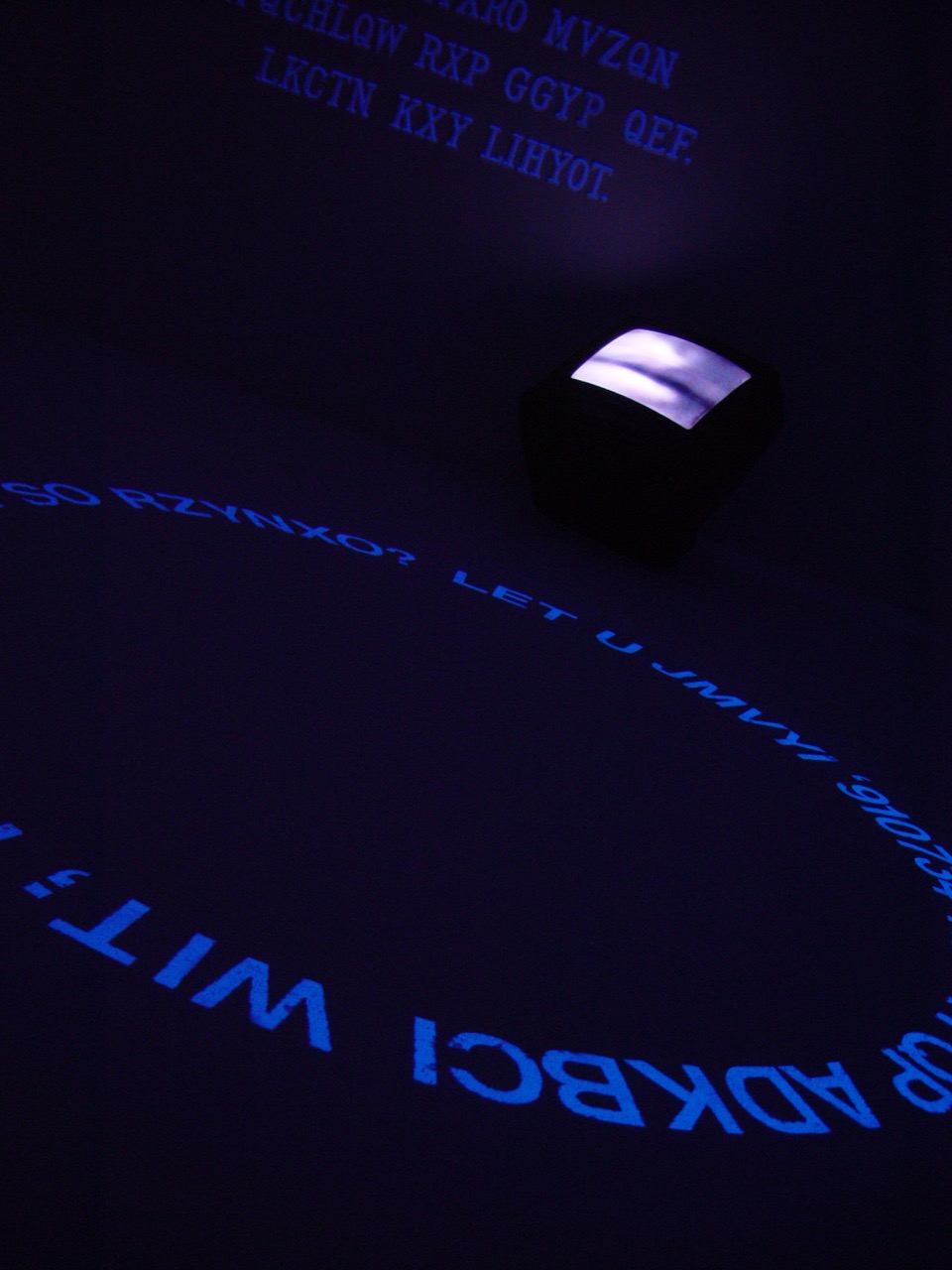 I install the gallery space by imitating some conceptual artists’ style (such as Barbara Kruger, Bruce Nauman…etc.): witty and inspiring words surround the audiences. By doing that, I create a space with the impression of profound wisdom, severe criticizing, and clever dialogues – the way we usually expect to see in that style; the style that always bring up lots of thought to think about. But the trick of putting letters in random causes the sentences here unreadable. I make texts in the space to be ‘looked like’ meaningful and shown up in that inspiring way, but they’re actually not readable at all, and, of course, meaningless. Monitors playing films of talking mouths, while the sound is a tedious noise instead. The fluorescent effect is applied to make the looking of work keep changing from daytime to night in relating to the concept of the project. In juxtaposing those, the gallery space is then full of busy information – texts, images, noise, yet none of them reflects the right things as the audiences used to expect.

“Do we really catch the accurate meaning behind what we see and hear?”
“Do we interpret the exact content?”
“Do we really get the understanding deep inside?”
“Are we possibly communicating right?”
I’m questioning those through this project.

My deep appreciation is to the assistance of staffs and artists at 18th Street Arts Complex. It is they who make my exhibition possible, and I’m eager to receive criticism from different thoughts to enhance my resident experience abroad. 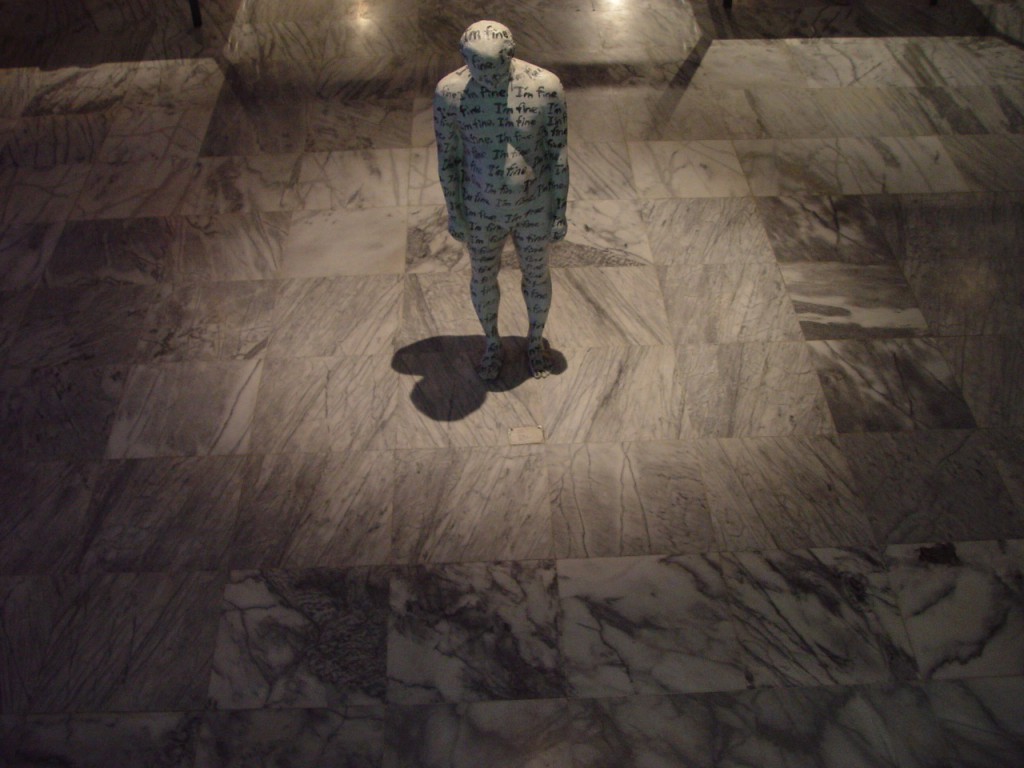 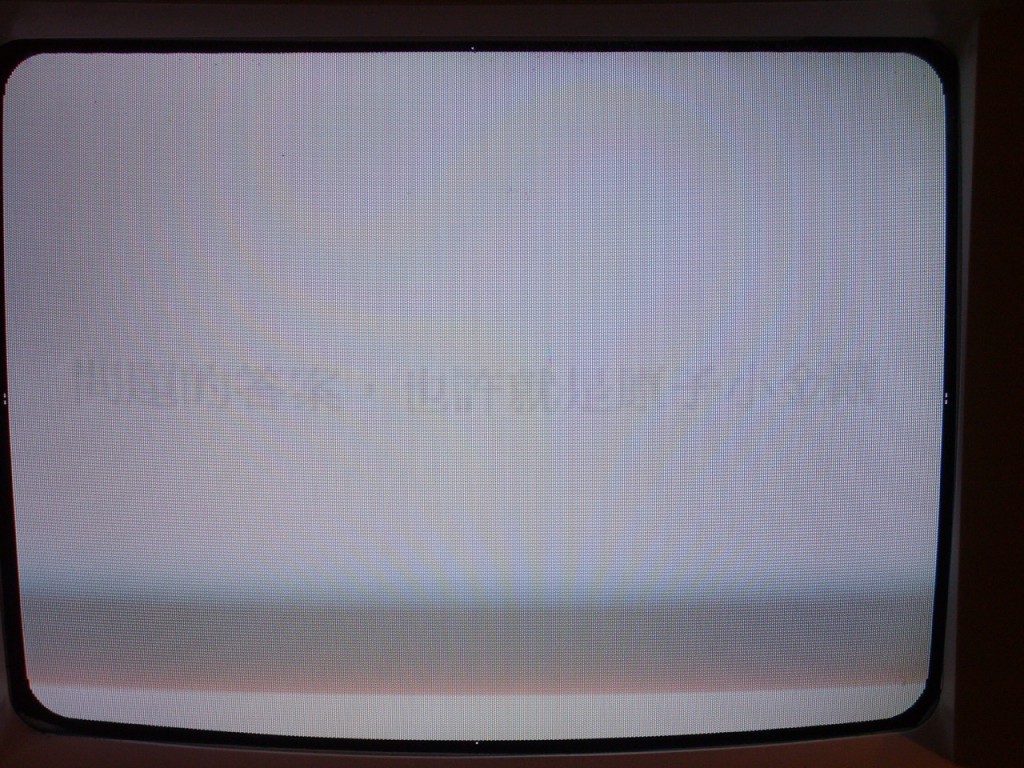 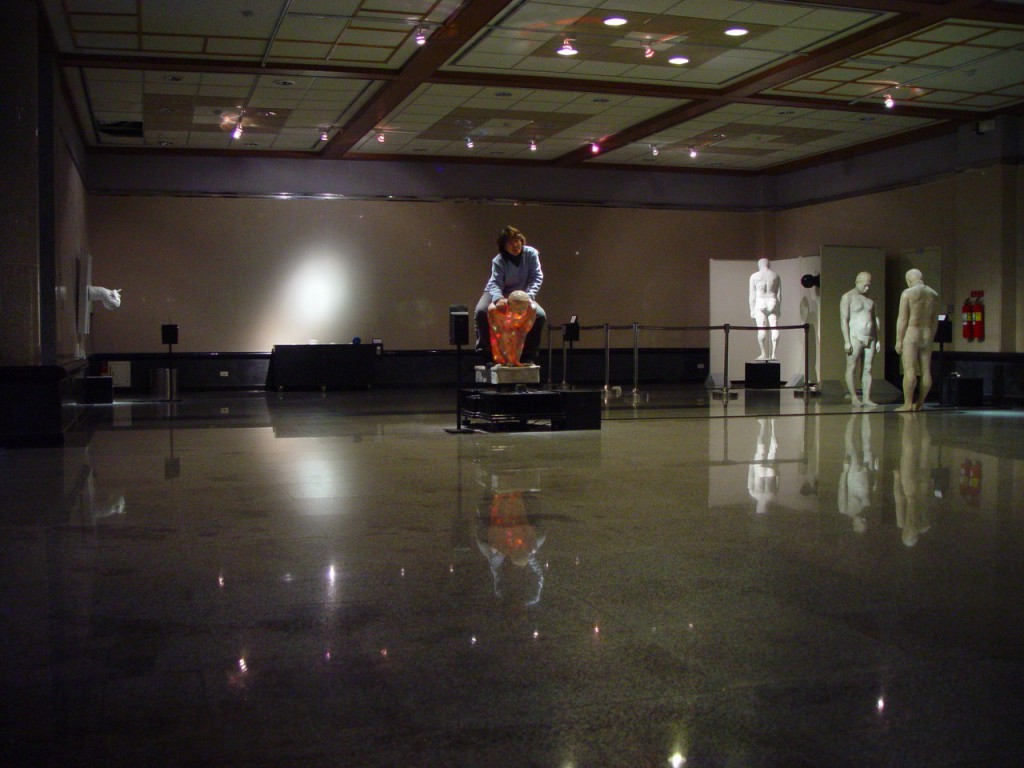 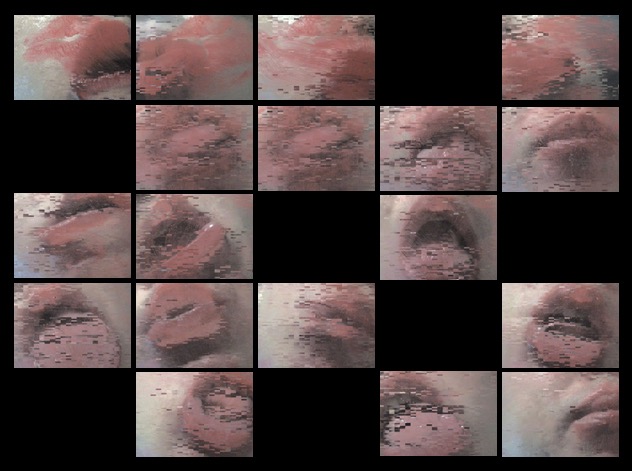