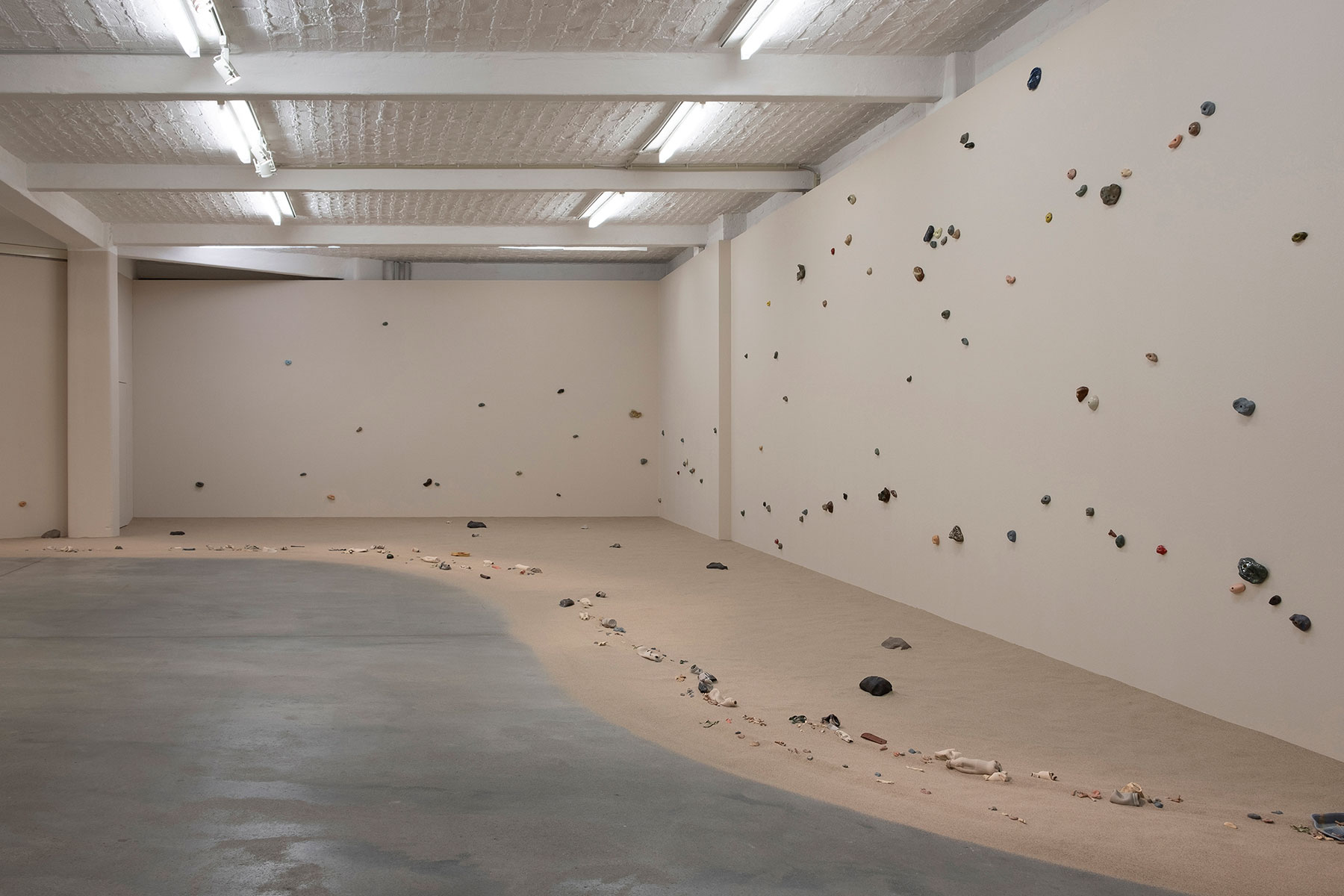 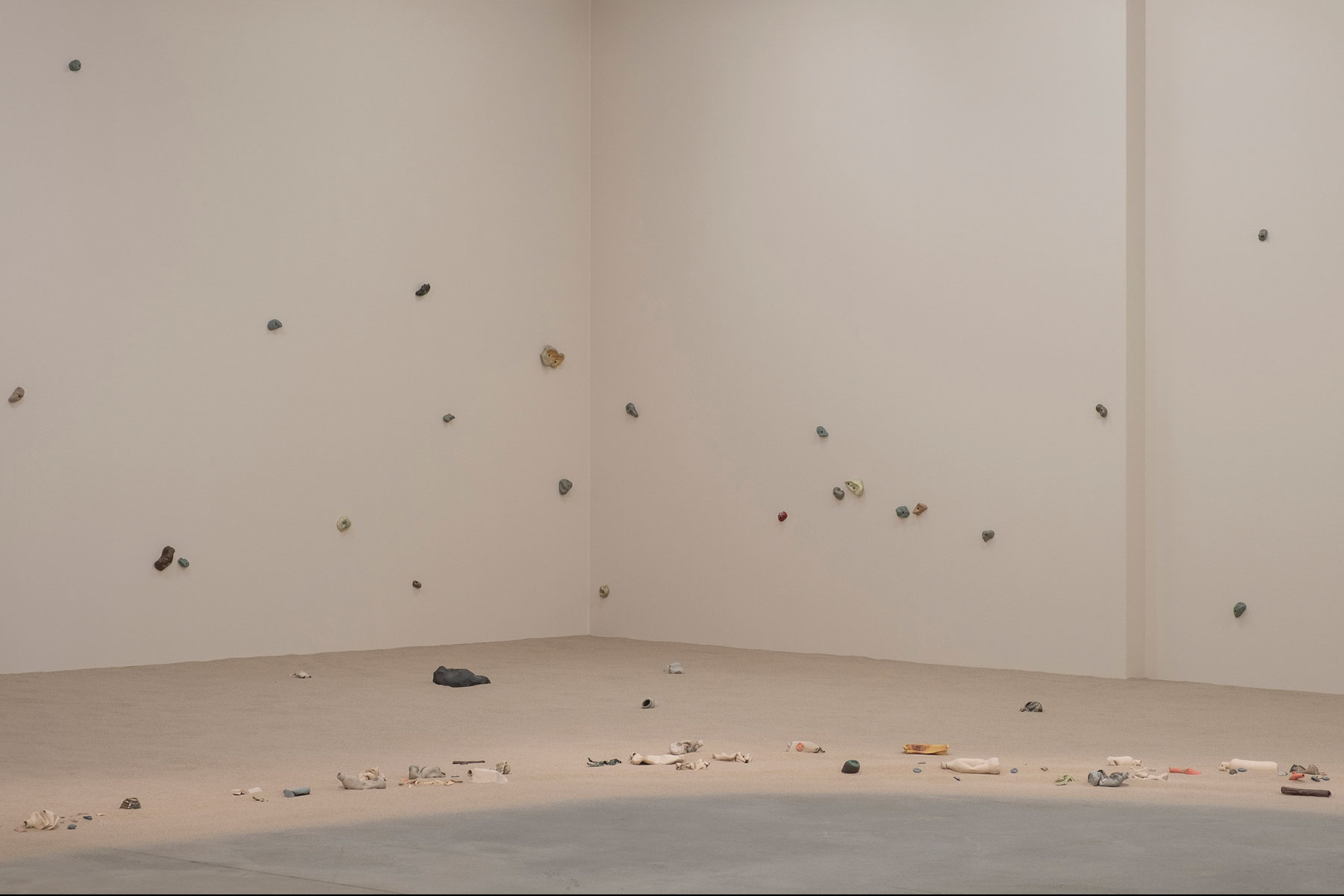 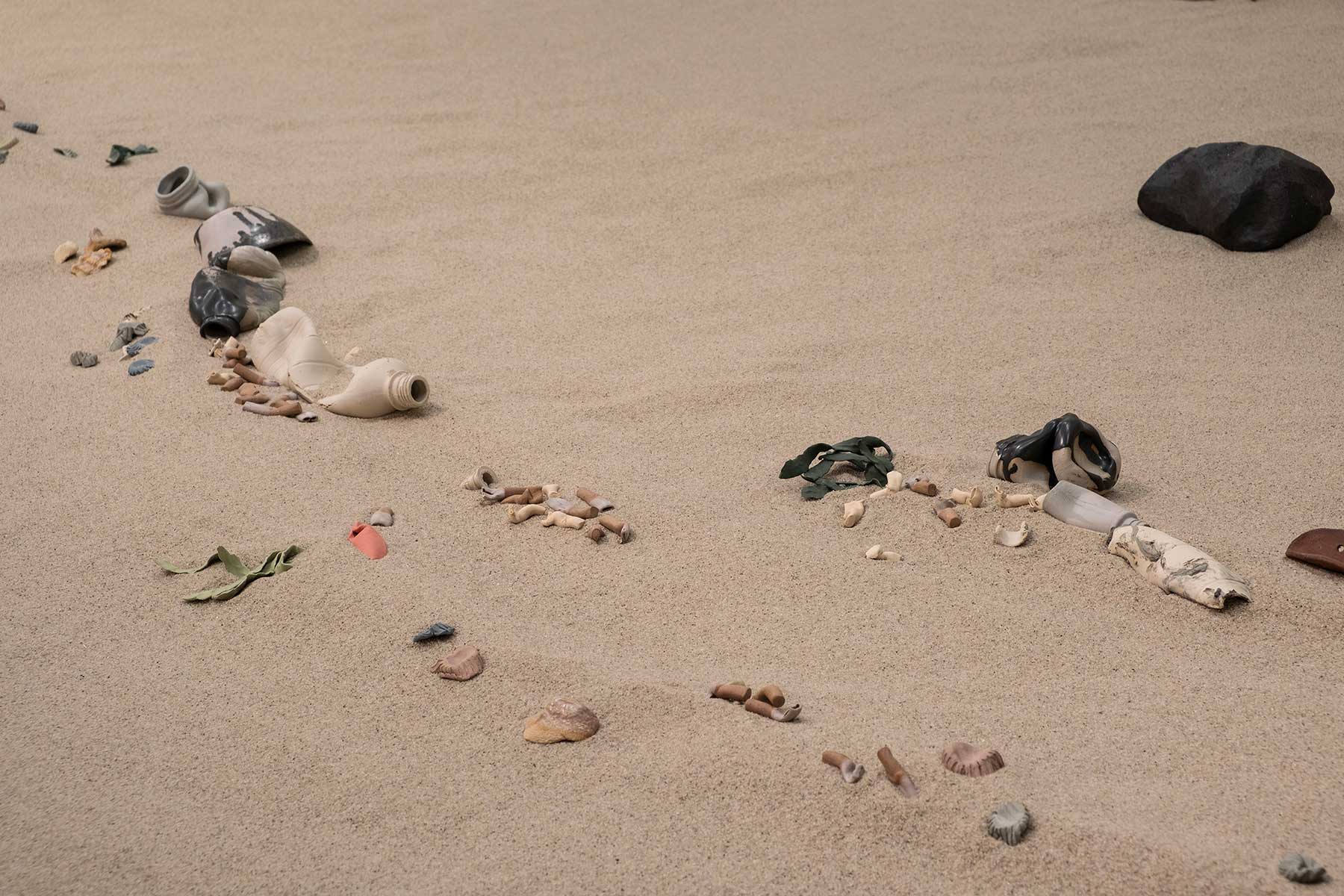 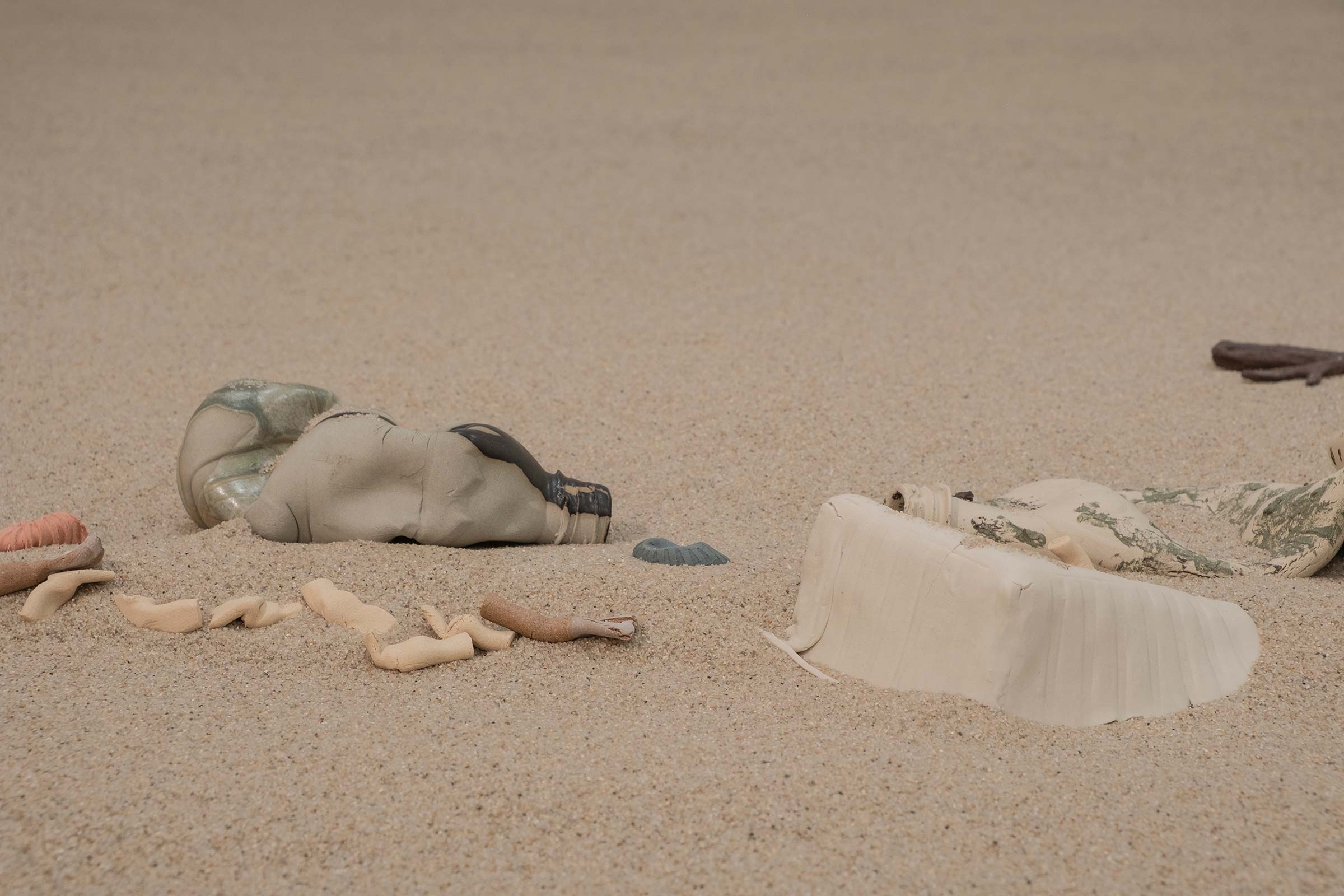 In the evolutionary process of ecology and life, landscape, climate, and biological outlook mutually restrain and affect each other’s state and mode of existence. The development of modern industry from mining, refining to compounding, ushers in the age of artificial materials and has greatly caused disruption. This exhibition, from the framework of biology and geology, and from anthropomorphic and non-human perspectives, attempts to narrate the changes revolving around natural and artificial objects or materials , introducing a portmanteau word “Plastonki” which represents not just petrochemical industry products, but also, in the exhibition text, the name of a new species, to trace the natural cycles of life and the spirit of ancient beliefs.

The exhibition “Plastonki” consists of a recorded narration and handcrafted clay. The recorded narration begins with a scientific introduction, combined with anthropomorphic fables, alternating between knowledge and satire, illustrating various living organisms: fishes, seaweeds, corals, beaches, stones etc., their transformations in the ecological cycle and the causes of natural landscapes. In the story, Plastonki, synonym of the product of modernisation, its sudden and mysterious existence manoeuvers ambiguously between Nature, myth and belief.

The form of the handcrafted clay is a combination of the natural and artificial remains on seashores, such as tools, plastics, stones, shells, corals, branches, bones deformed by coastal erosion, or their mixtures. These colourful objects are scattered on the sand, like toys forgotten in sand dunes made by children. The artwork, placed on the wall, originates from the plastic rocks in a rock climbing gym. These rocks are, under the concept of natural/unnatural, produced and landscaped, mirroring the “Plastonki” story where there is a doubt regarding the formation of the stone.

One can say that “Plastonki” is the synonym of modern petrochemical products, or it can also be the fantastical being hidden in the mass, silent and ghostlike. Through the exhibition, searching in between natural and artificial, rational and irrational, for a gradually forming new natural system as a starting point, one lays out the scientific narration, fictionalised, of the cycle of evolution, mutation, and subsequent regeneration of living things, and poses this question: Whether, compared to the scientific inquiries into natural processes, it is more difficult to understand and analyse our belief in, or consciousness of our life experiences. 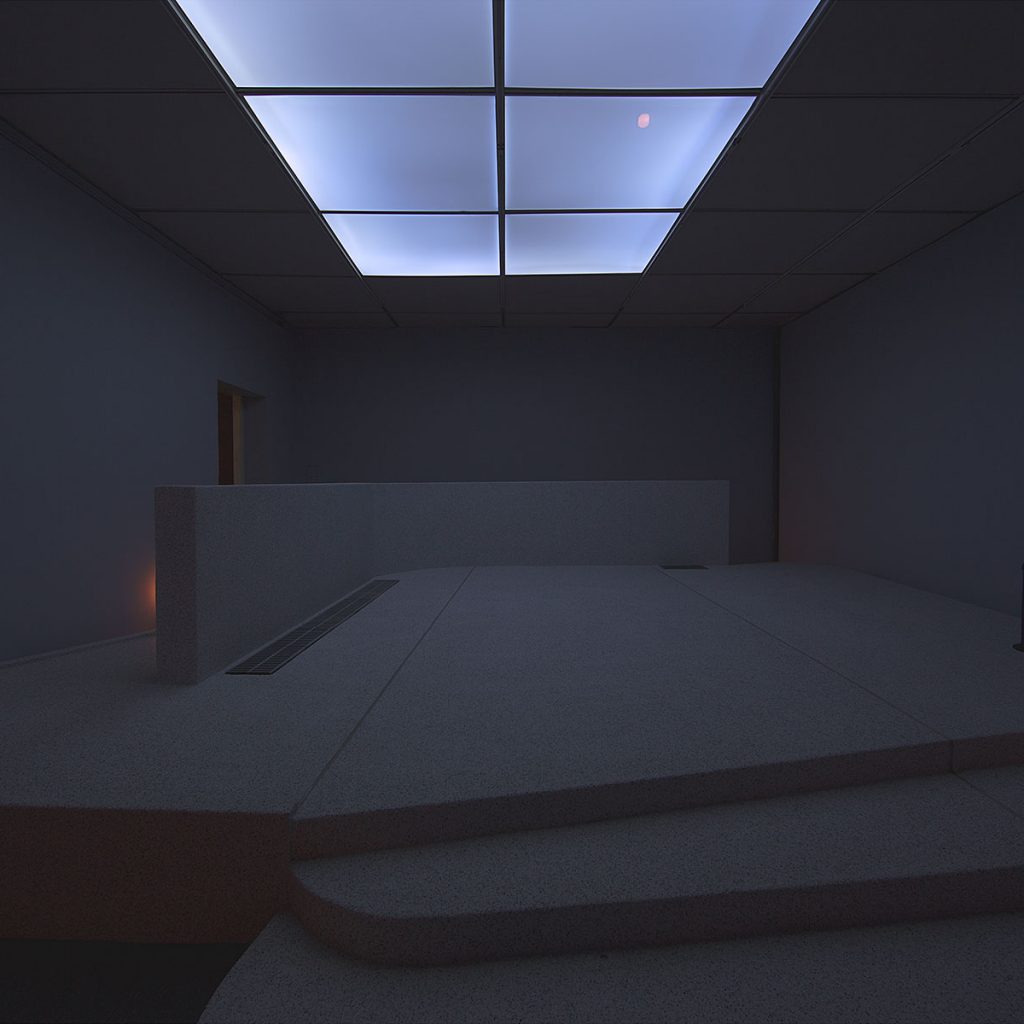 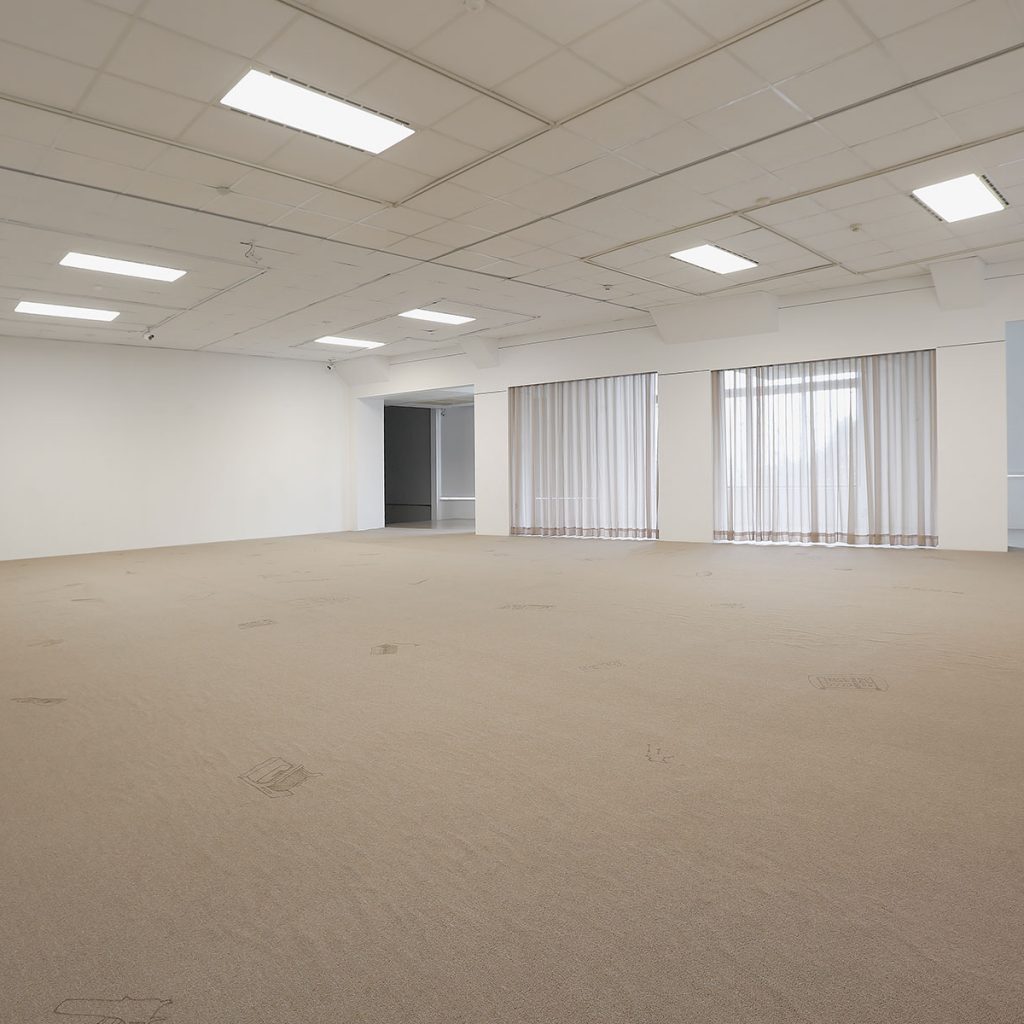 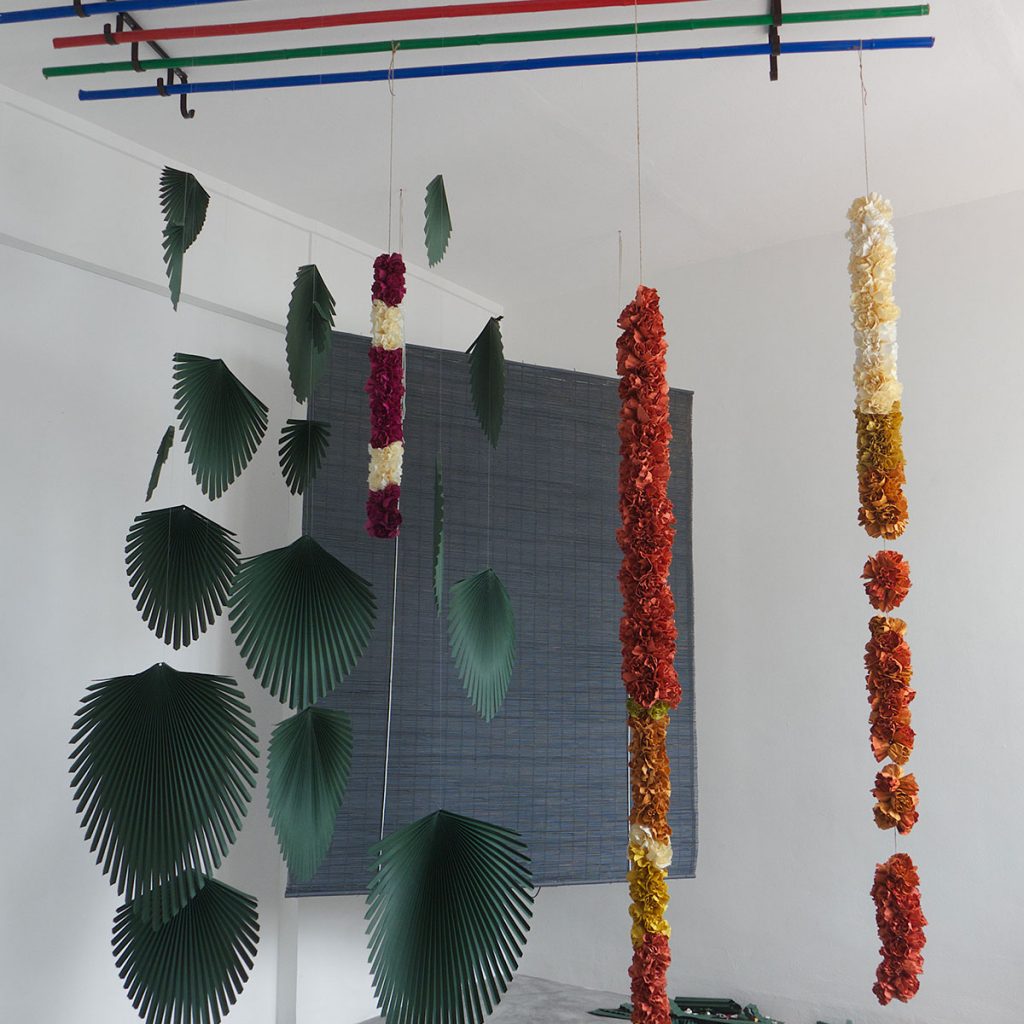 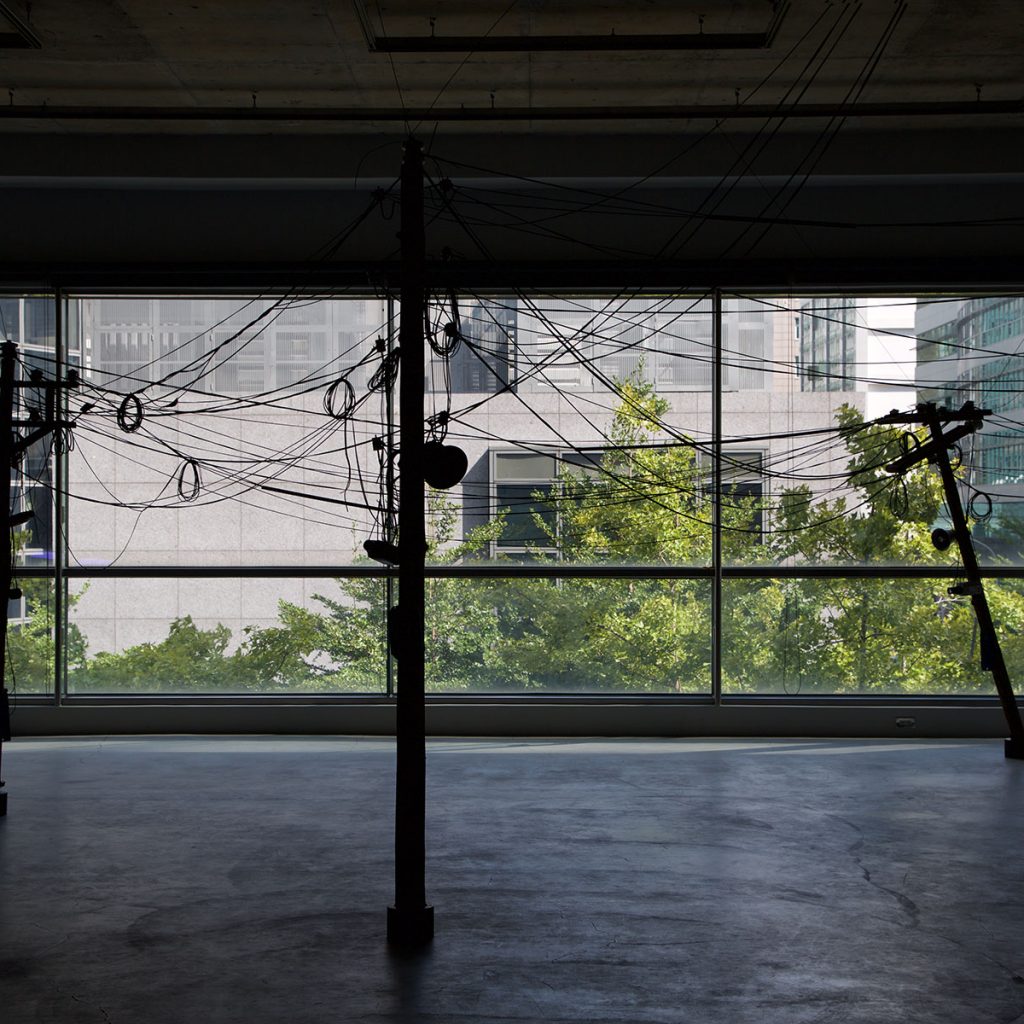 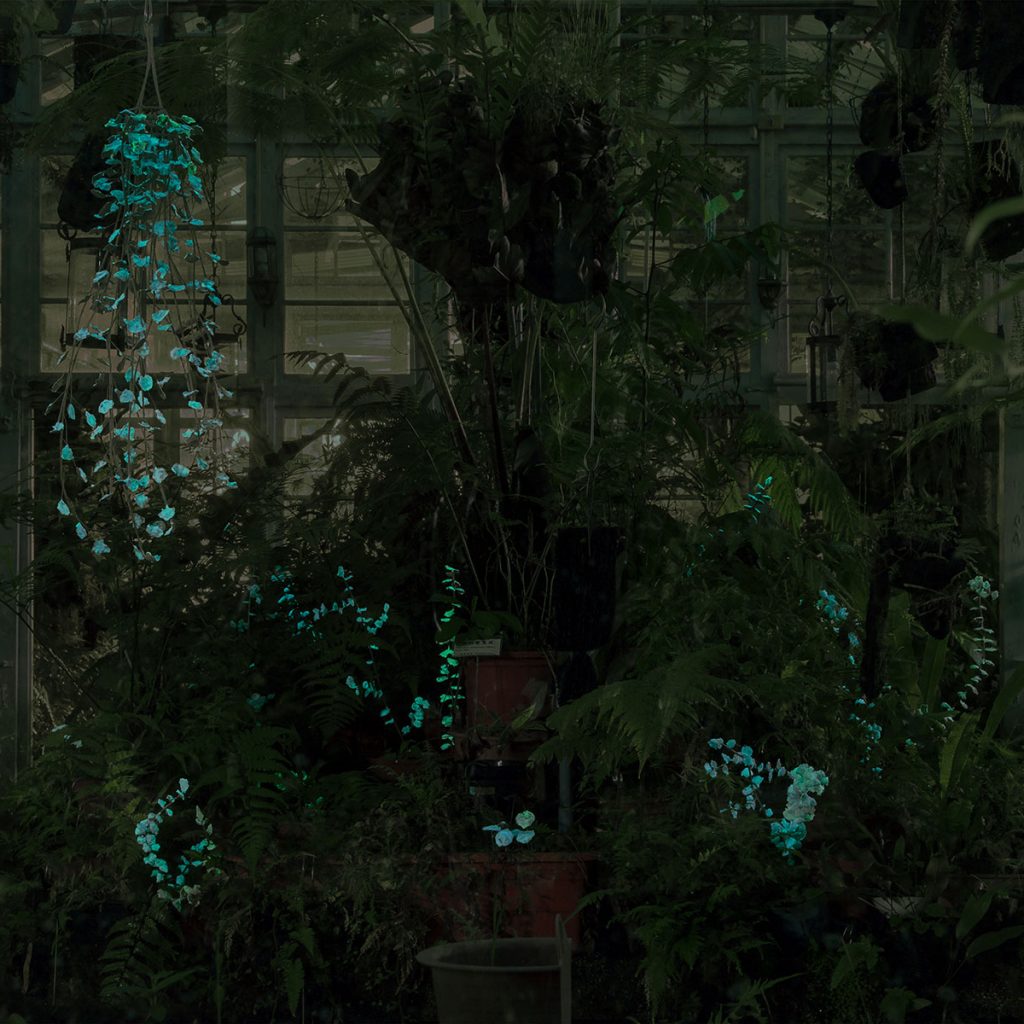 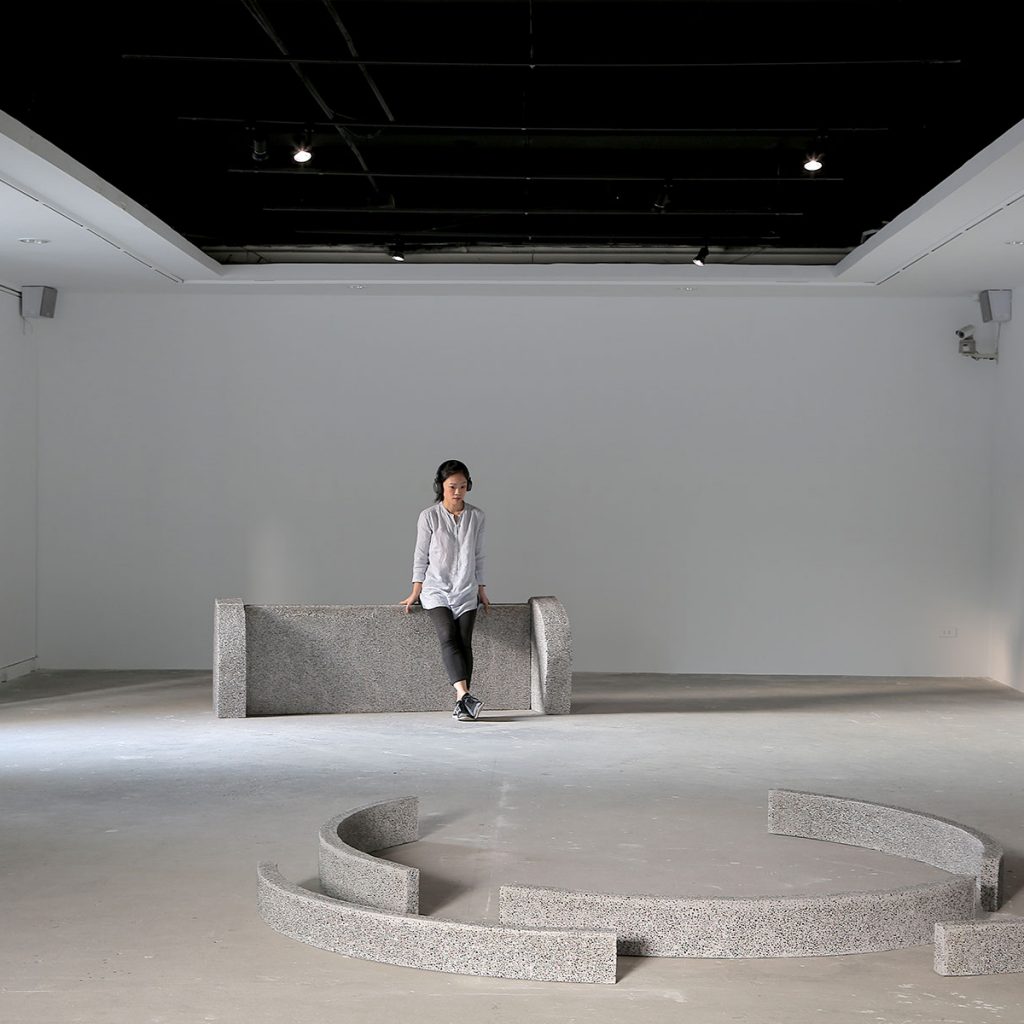 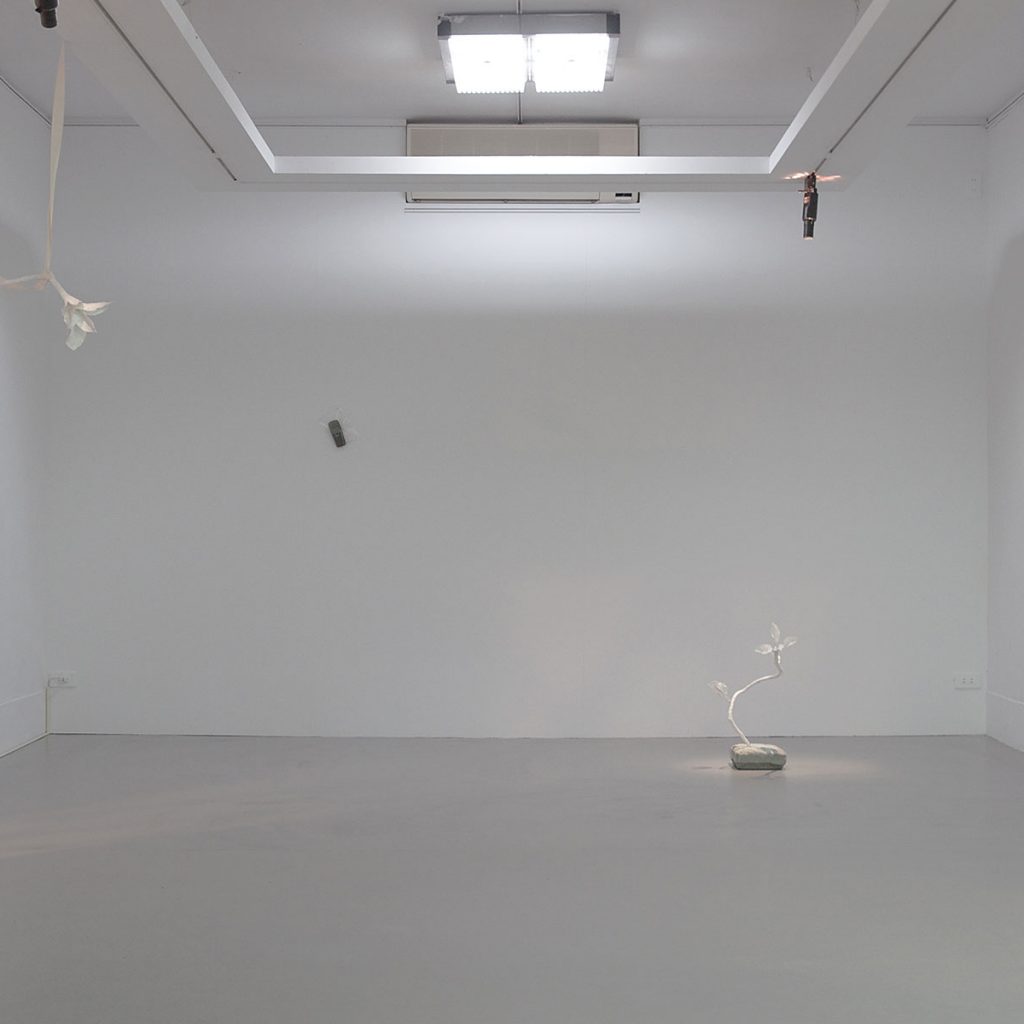 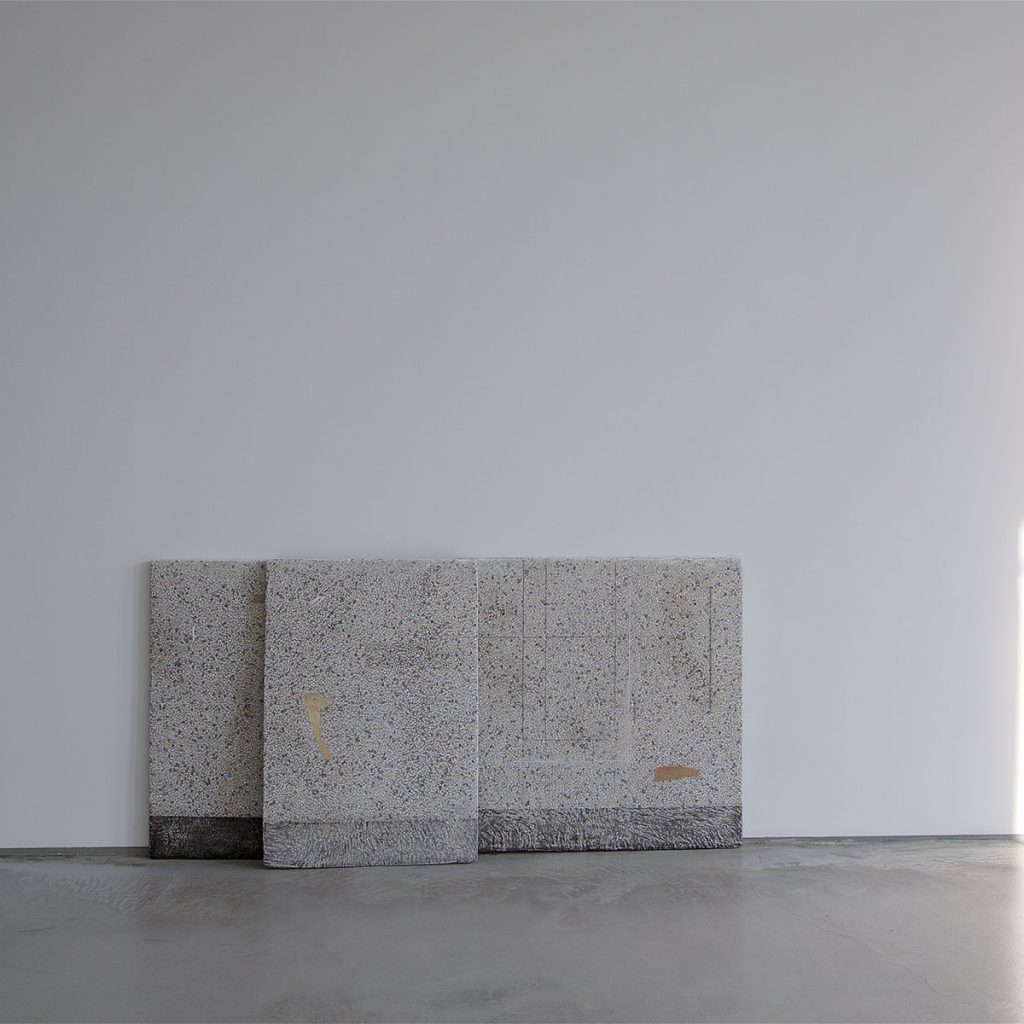 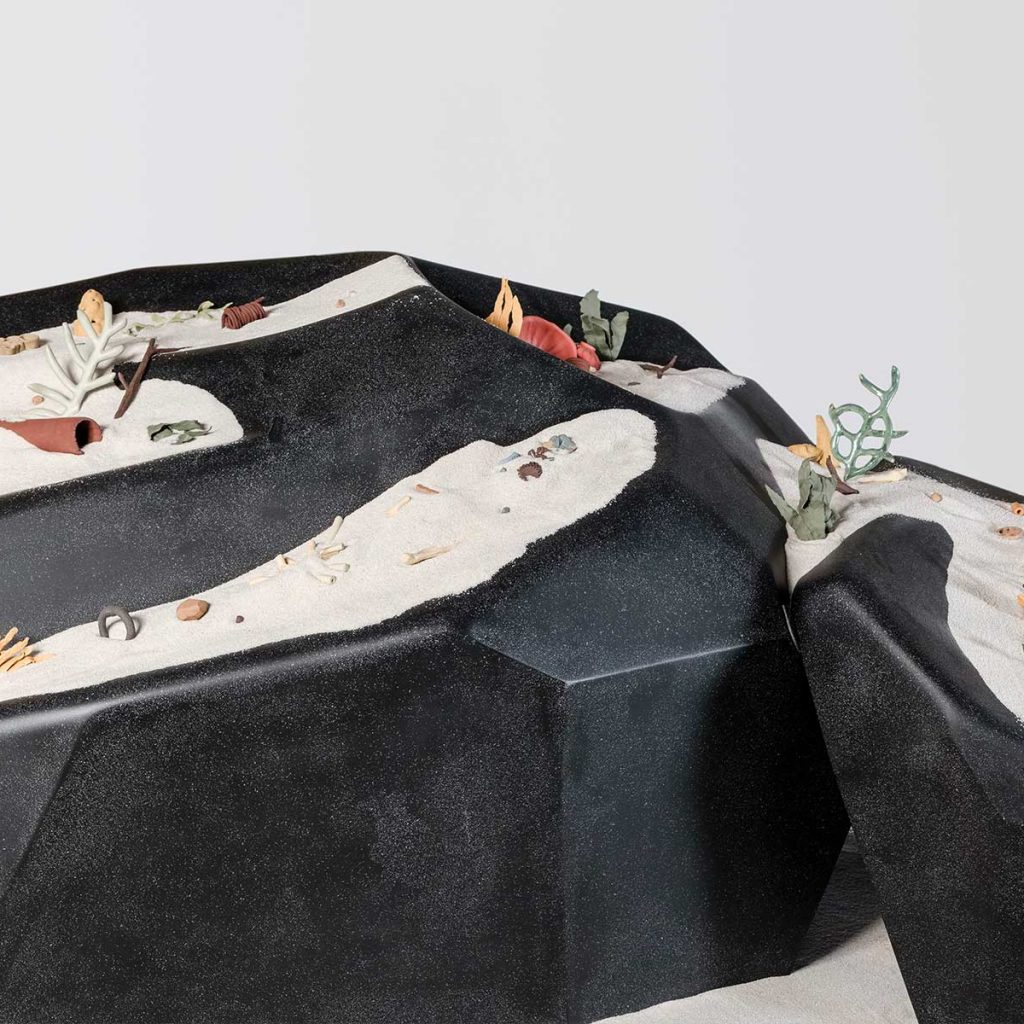 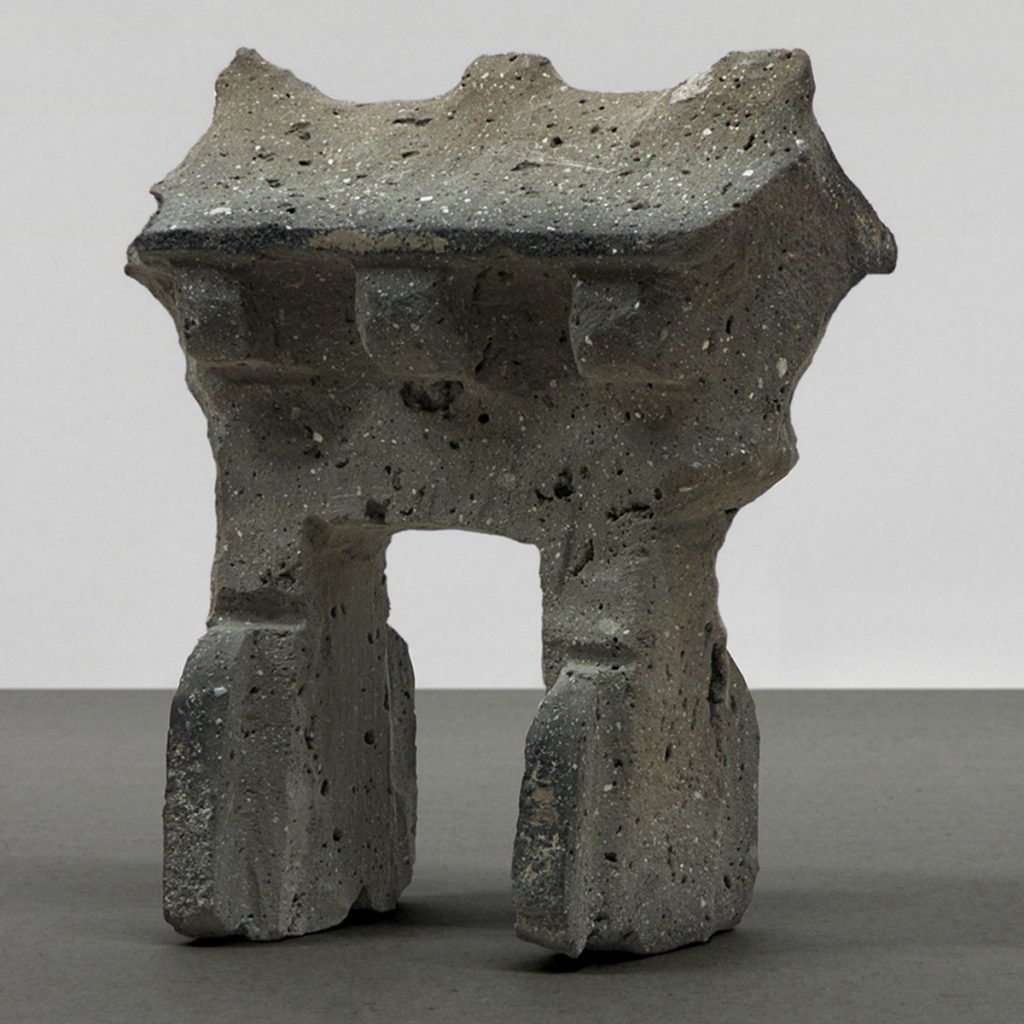 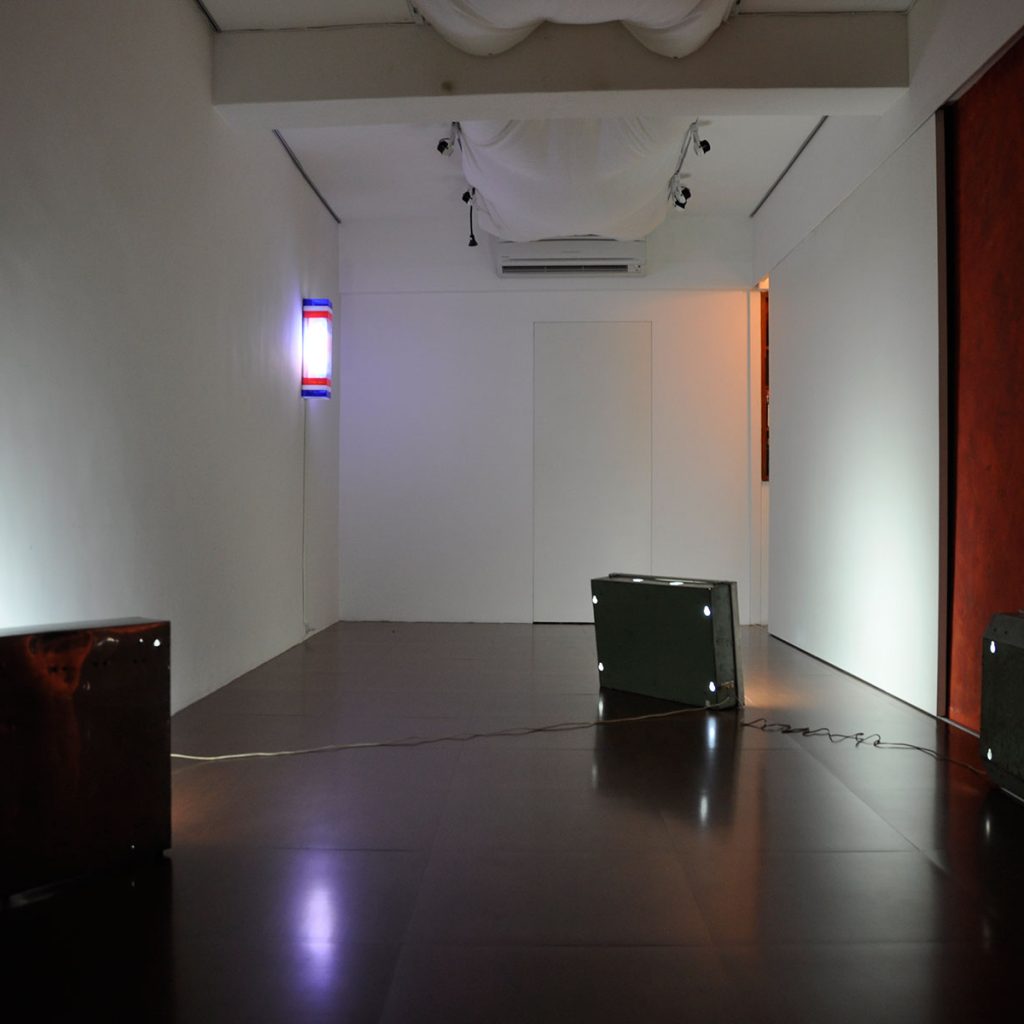 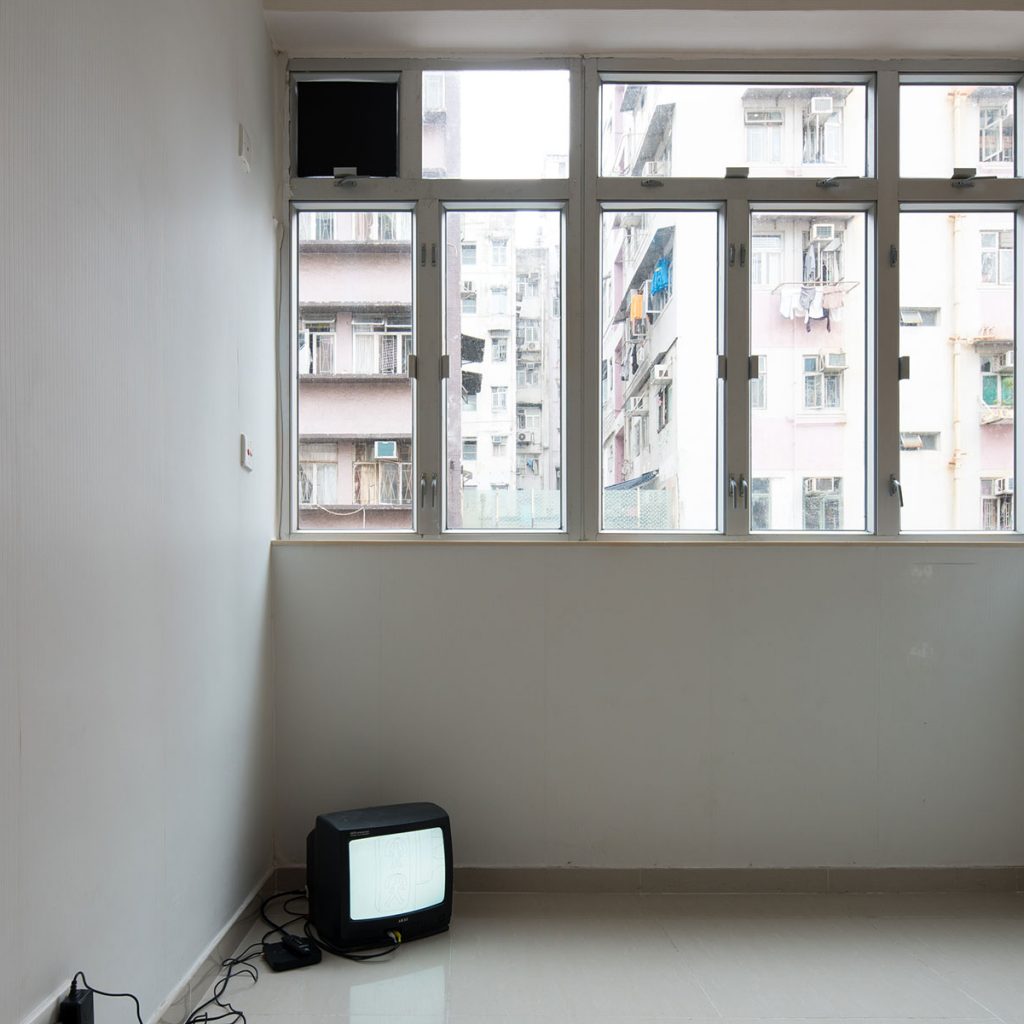 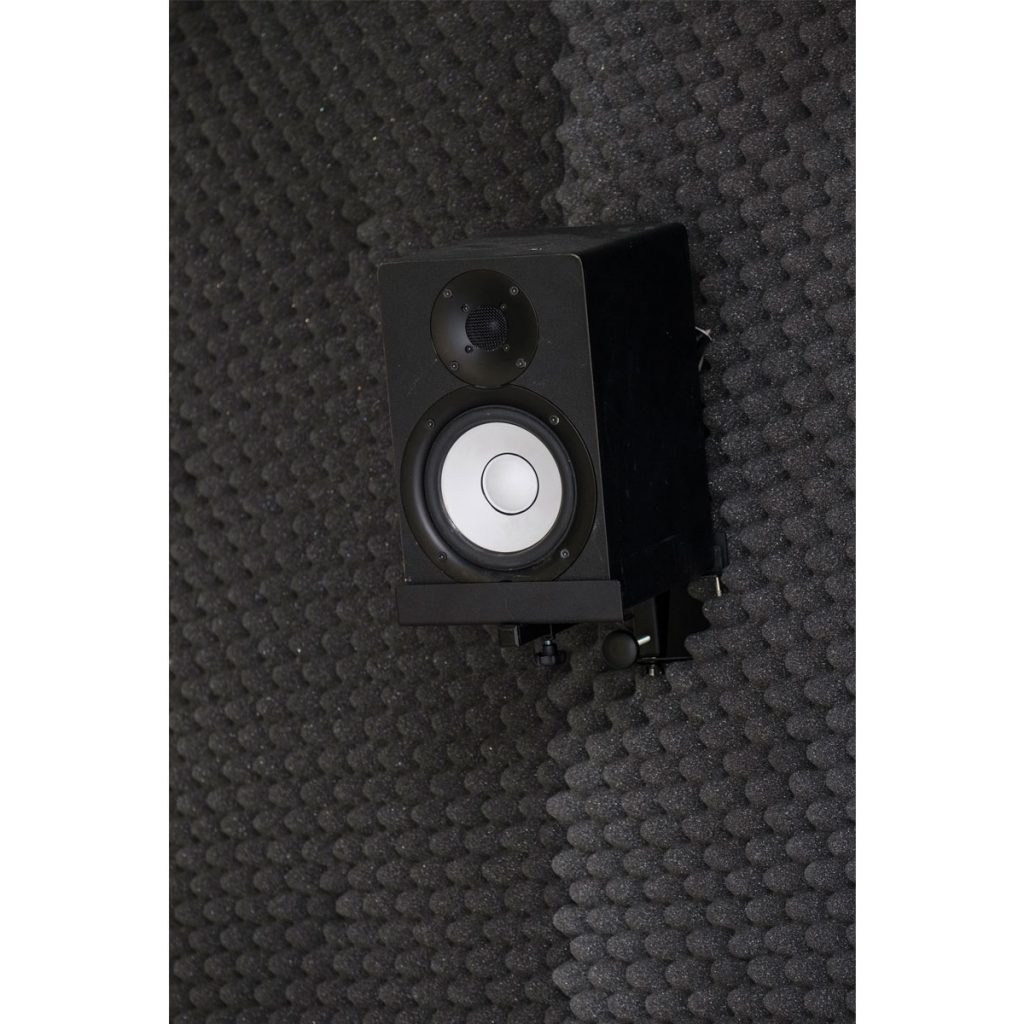 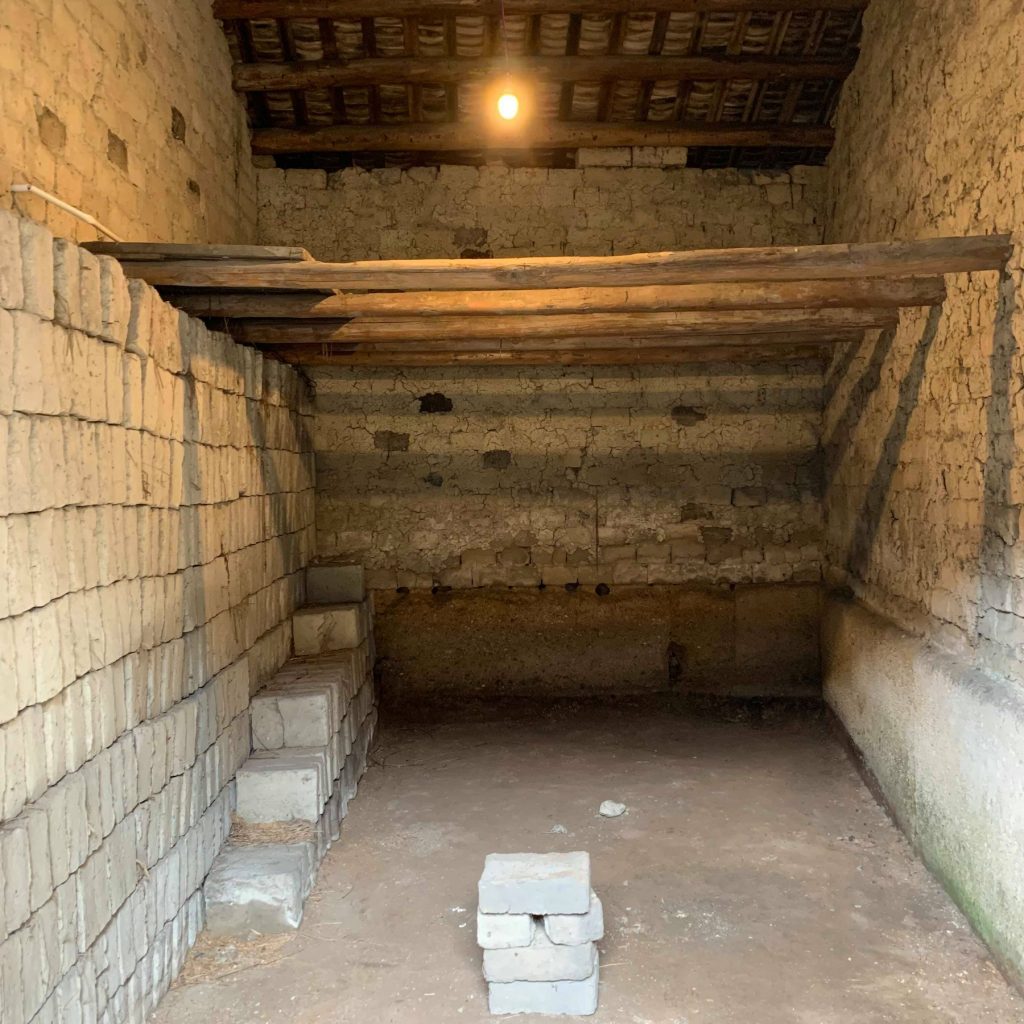 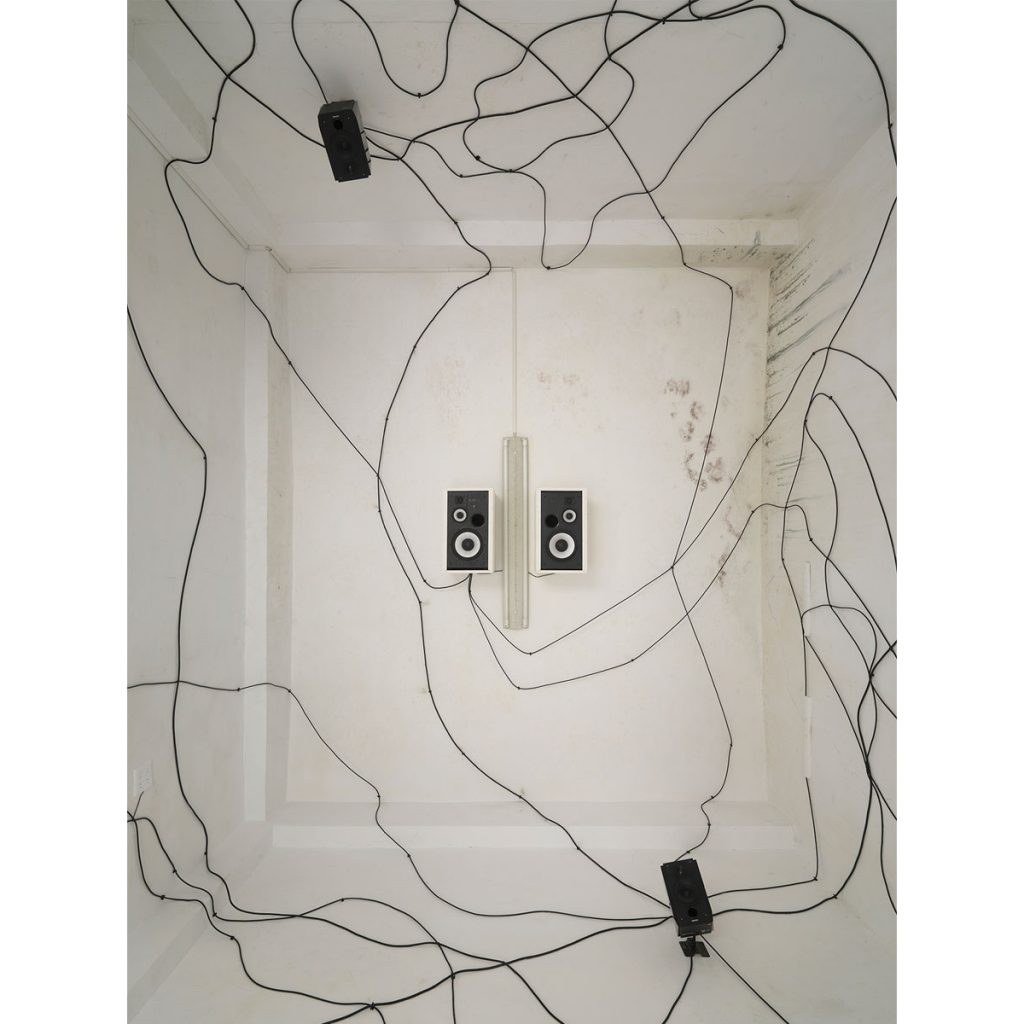