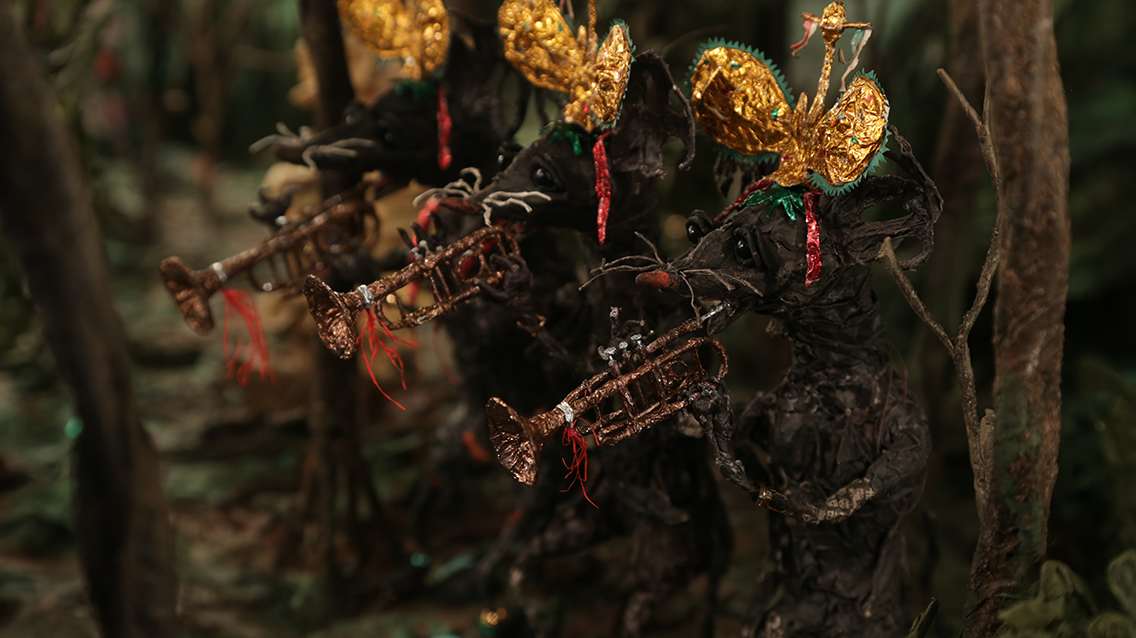 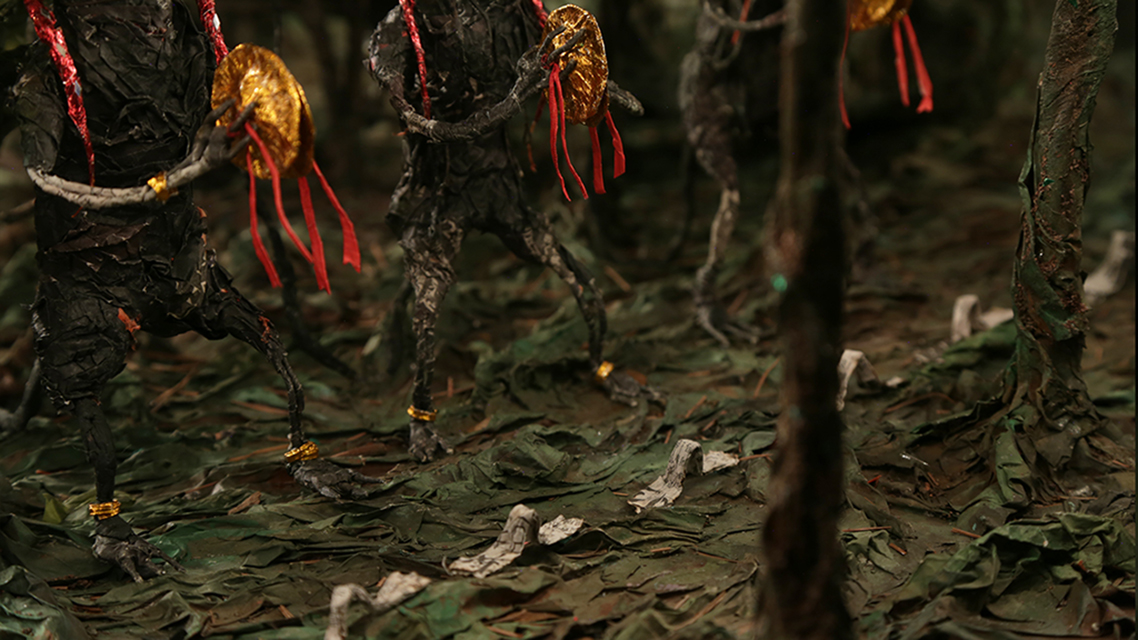 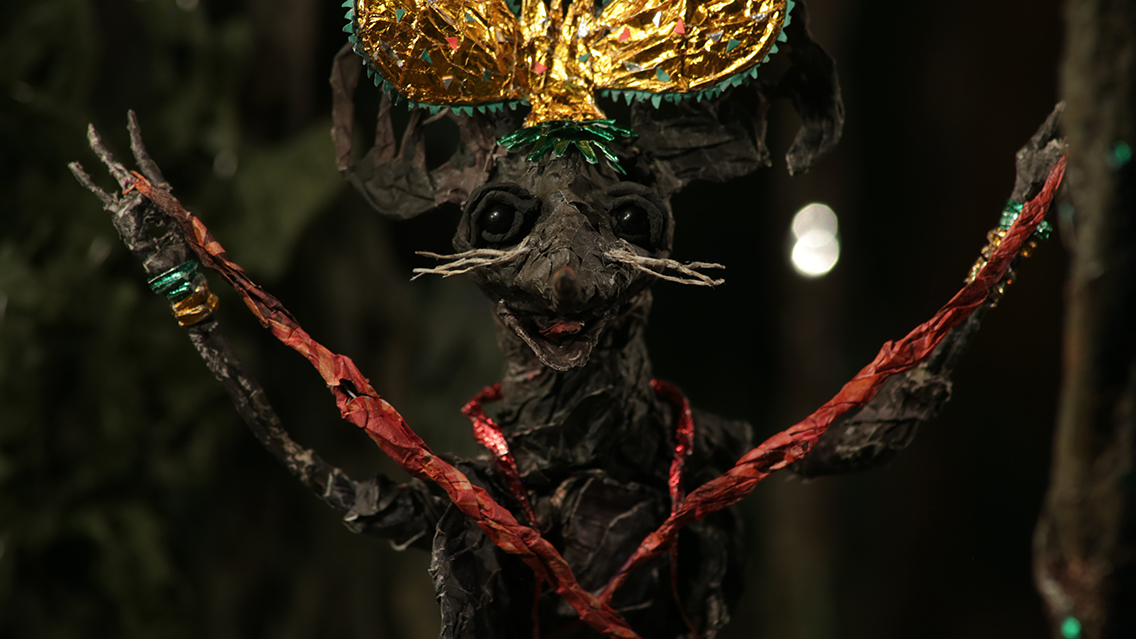 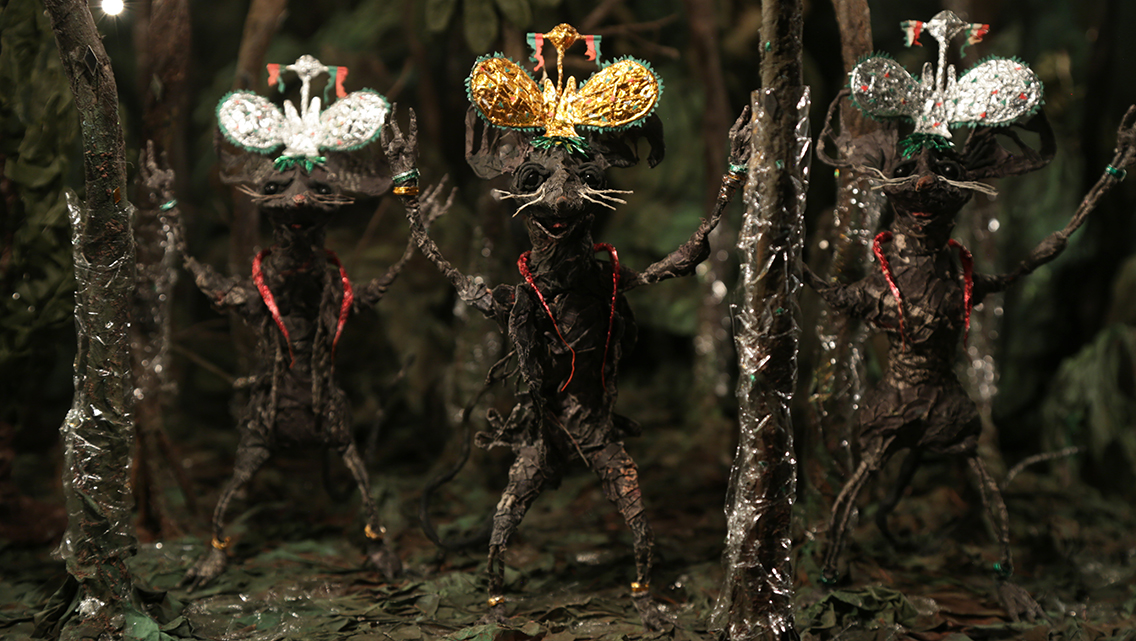 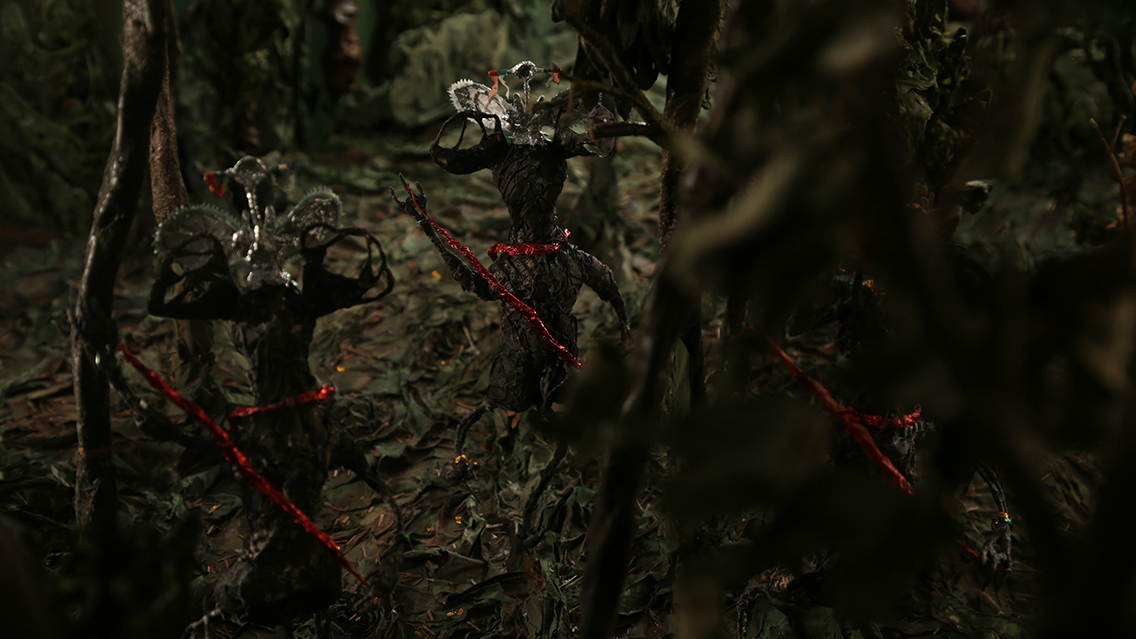 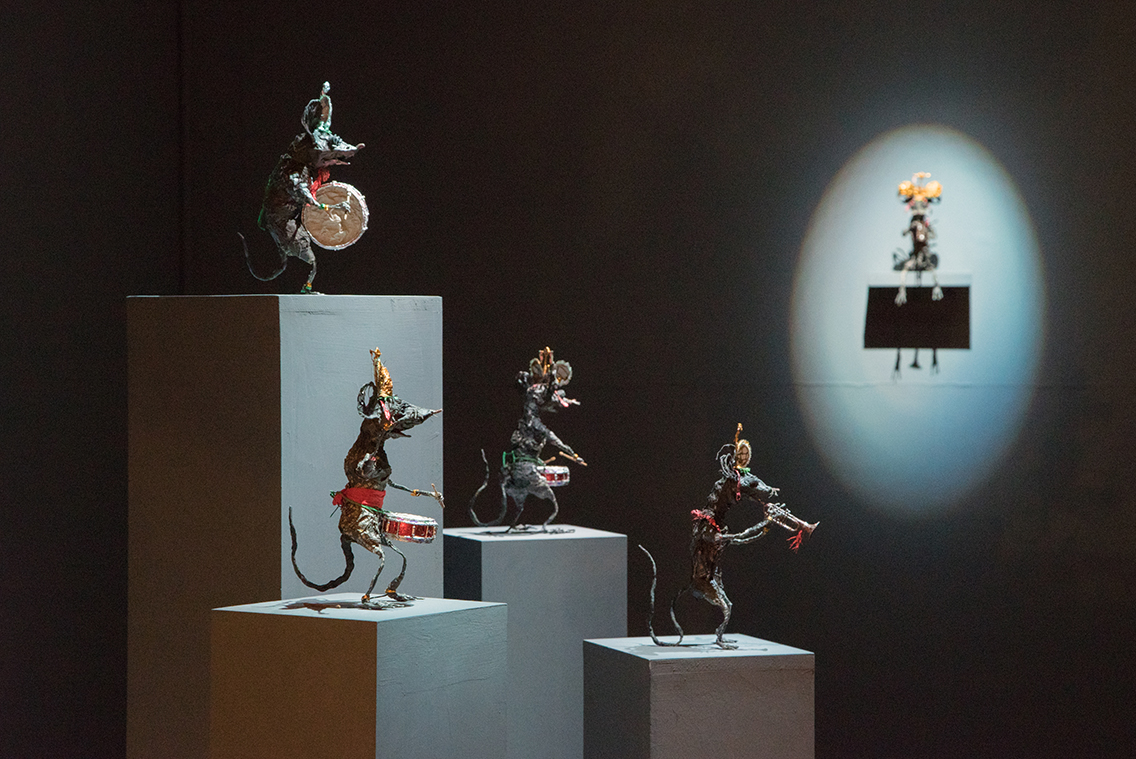 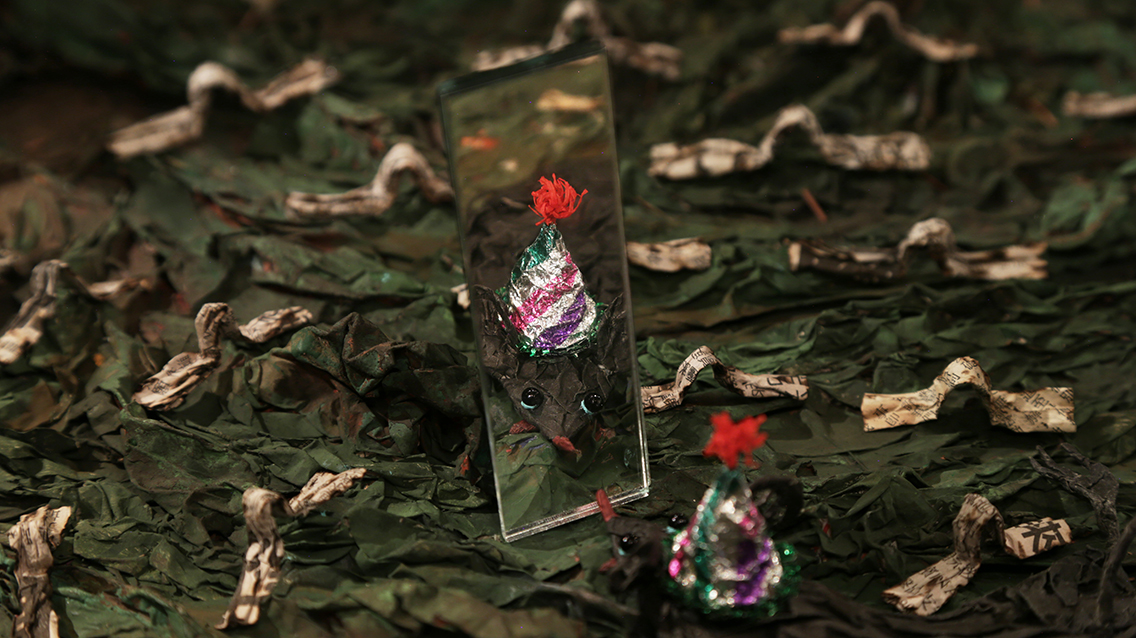 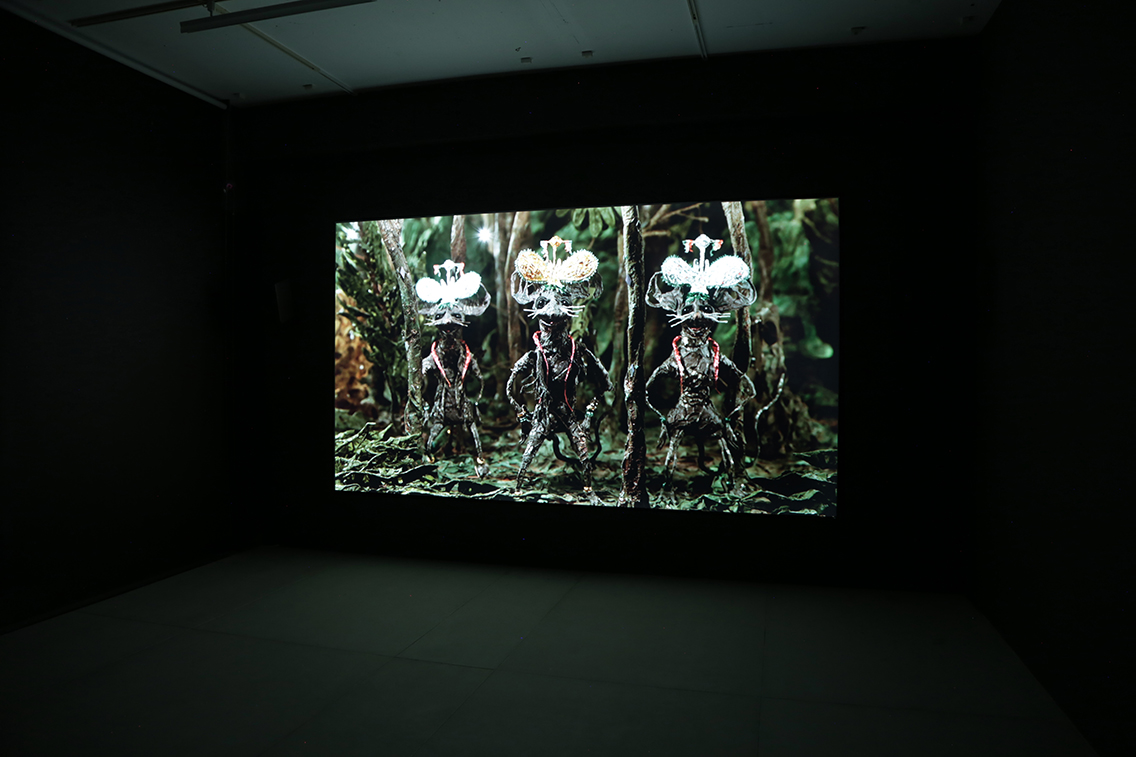 “The line between life and death impressed deeply on my childhood as I recall a vivid memory of a sun-soaked day at noon, a bucket of water filled almost to the brim, with a cage of newly caught rats half submerged struggling for freedom, until exhaustion grants them with an inevitable death”

In the new work Hsin Hsin Joss Paper Store Series Room 004 – Si So Mi, ZHANG XU Zhan choreographs a dance performed to the German folk song ‘Ach wie ist's möglich dann’[1]. The imagery portrayed unfolds in time with the song, revealing a mirror’s reflection, items used for a birthday celebration, the dwelling place of spirits, a funeral band performing in a forest, and an obscure diary filled with the logic of existentialism. The work centers on the lowliest of animals, dry and squashed flat, neglected within the city; humble mice revel in a celebratory dance, telling the story of their own lives while examining the relationship between life and death.

The work’s reference to death not only refers to the spiritual body, but like the reinterpretation of the German folk song, the work also refers to the changes in our cultural landscape and material objects becoming obsolete. The artist considers this as a form of death, however when viewed from another perspective, what was obsolete undergoes a process of change, transforming into a new form of existence and identity, finding a new approach when confronting death.

ZHANG XU Zhan’s artwork consists of animation and film, extending the exploration of image, video and installation. The artist combines the diverse experiences of existence in contemporary society into absurd and grotesque imagery collectively enclosed within each scene, portraying the juxtaposition of revelry and loneliness that comes with an ending. The artwork focuses on the changing perspectives of every day life, integrating myth, celebration, funeral ritual, puppetry, music and image, responding to the historical memories of the joss paper industry, the experience of contemporary life and its ever shifting meanings. Referencing the perspectives of life and death, the artist depicts a kind of self-depreciating black humor, subtly responding to the awkwardness of existence within reality. 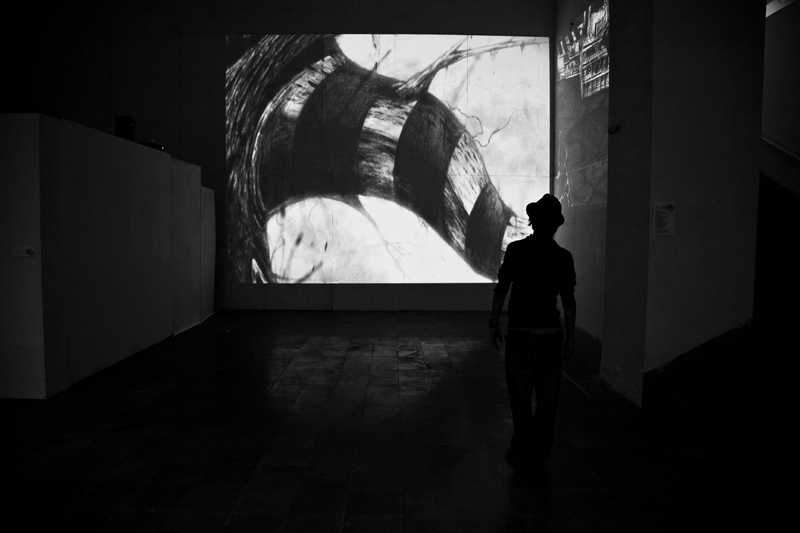 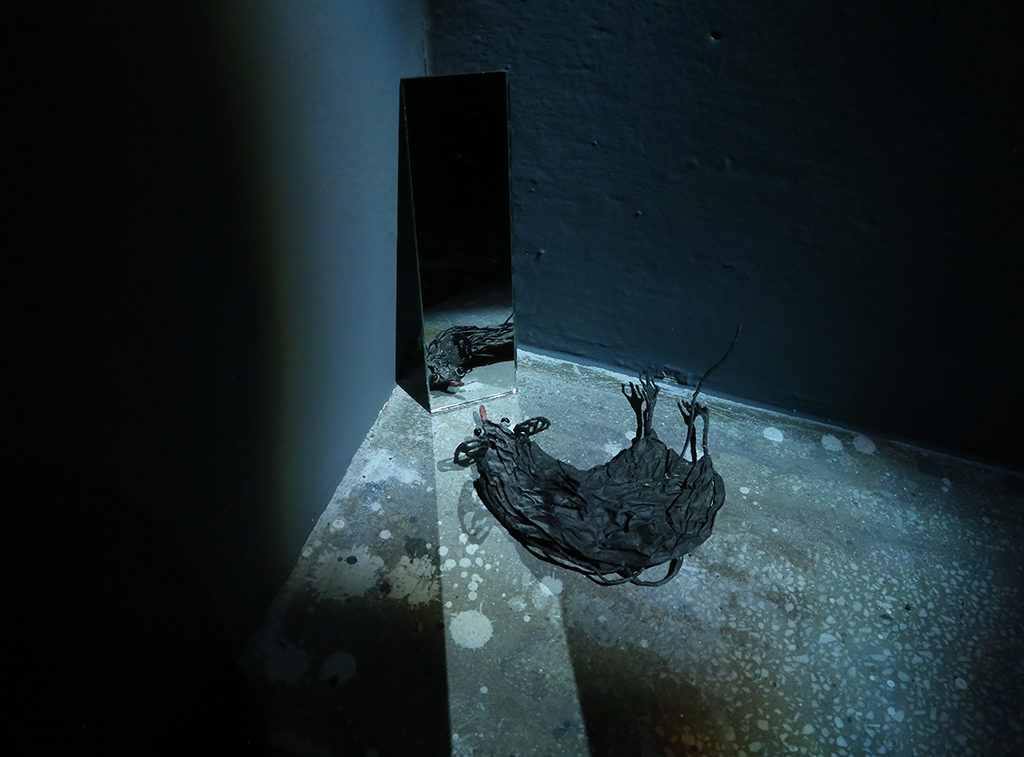