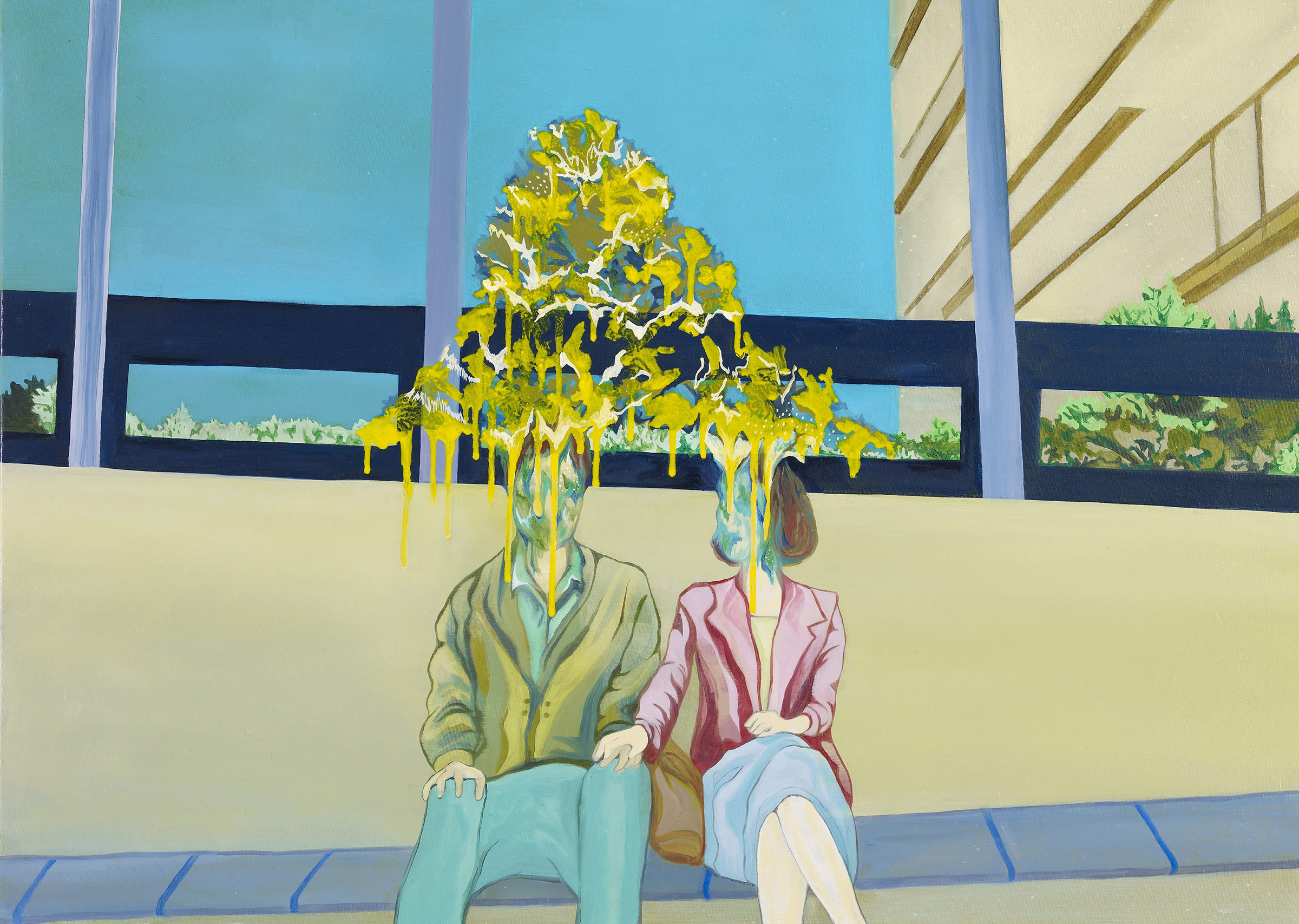 72 ARTISTS / 1084 ARTWORKS
CONTEXT AND INTRODUCTION
Generally speaking, Lee Chun-Shan’s modern painting is deemed as the historical starting point of Taiwan’s modern and contemporary art. In 1979 Lee Chun-Shan published On Modern Painting, in which he laid out a scope of art practice reflecting his deep absorption of Formalism(with capital F). The painting Lee had discoursed could date back to the “ast Association of Art and May Association of Art founded in the 1950s, two artist groups first created abstract art in Taiwan. During the era of White Terror, abstract art was one of the few art movements with discernible aesthetic modernity. It had profound influence to the later art development and art education. On the other hand, it carried the nationalist propaganda during the cold war, especially the arguments of “orthodoxical Chinese painting” that inevitably adulterated with nationalism. Looking back, we should not to overlook the “modernity” of that time when art had problem maintaining its purity but mixing with extremely complicated political, social and cultural implication of that time.

On the contrary to the other categories of the TACC, painting is the only “contemporary Taiwanese art” started earlier than the later half of the last century. Compared to other genres of art which emerged closely related to the social conditions thus are tightly tied to cultural discourse, painting art in Taiwan has a much longer history. It has been broadly evolved in mediums, forms and specific issues from different art schools. In other words, with its long history and under different gazes by different art systems, painting has become a domain of clashing aesthetics. If we set out from modern Taiwanese painting and its social discourse, problems of definition and scope certainly would arise. For example, at some point painting is deemed as the art form best manifesting subjectivity, and at other point, painting is employed as an aesthetic tool to reflect social reality. Moreover, paintings, as products without interpretative definition, is still the most accepted art form in the art market. Thus we must choose to narrow down the scope of painting.

A narrower scope is taken considering the complexity of painting in the context of art history; it is for the purpose to include broader issues of painting in our discourse of contemporary Taiwanese art. Thus issues about Taiwanese painting could cover from mediums and artistic forms to statements from diverse perspective. Although painting is deemed relatively less as a historical product in our discourse, part of the discussions are inlaid into social affairs. It doesn’t mean that contemporary Taiwanese painting is less historical, only because of the construction of a database must decide on a workable approach in the beginning phase. Hopefully when the database is more complete it will be able to present a certain point of view by integrating painting into the historical context of contemporary Taiwanese art.

Given this, we first focus on art events that unequivocally made painting itself an issue. Most of these events investigated the production of painting and its meanings. In 2009, Su Yu-An and Chang Ching-Wen curated ‘Weak Painting’ for the Kuandu Museum of Fine Arts and Da Xiang Art Space. The “Weak” here suggested not only the delicacy carried out by the exhibited works but also, as Su pointed out in the curatorial statement, the weakening link between official art system and painting. In other words, painting had been applied as a part of the political system on top of its aesthetic properties. And Hsieh Mu-Chi’s series work ‘Muchi & Painting’ since 2009 also questioned the role of painting as the core of art production. Hsieh Mu-Chi is also included in the Performance Art of TACC.

Other than taking painting itself as an issue, conventional painting criticism still focuses on the themes, such as the sentimentality of the content. In the Contemporary Taiwanese Art- Medium: Oil and Acrylic published in 2003, author Pan Ping-Yu used five chapters to delineate contemporary Taiwanese painting. They are: Novelty of Taiwanese Painting, Oriental Romance, Variations of Non-figurative Painting, Adventure of Conscious, and Sweet but Indifferent Generational Situation. Ideas of subjectivity from certain cultural entities are contained or interwoven in the painting styles or forms. Generational characteristics in terms of sensibility also are outlined. The chapter Adventure of Conscious included the greatest number of artists, suggesting that contemporary Taiwanese painting inclines to focus on sensibility, which seems to be indifferent to history, society and politics. A few critics think it’s a collective characteristic of younger generations.

Despite the emphasis of the relationship between political systems and themes, painting was once the pioneer during the 1990s, the time when contemporary art in Taiwan was taking shape. Here the “painting” is not the Formalism Lee Chun-Shan had defined, but rather about icons and their connotation.

Painting could be artists’ response to social issues, one example was the 101 Modern Art Group founded in 1984, whose manifesto stated: “We are convinced that all adornable, sarcastic, narrative, romantic and expressive painting elements of our time should be retold immediately with a new mentality. We believe that any ‘support’ or ‘surface’ is nothing but the encounter of ‘castrated’ materials desired by fetishists And the repressive, austere Minimal Art bores us.” In 1985 the 101 Modern Art Group became Taipei Art Group, and in 1998 it transformed into Hantoo Art Group. This group of artists not only has made the first wave of Taiwanese contemporary painting but also profoundly influenced the discourse on the subjectivity of Taiwan which reached its pinnacle around 1996.

OUTLINE
Setting out from the end of 1980s when ideas of contemporary Taiwanese art emerged. Information about painting and related issues of the past three decades covers artists/artist groups, artworks, theories, discourse, and art events. The tasks are systematic collection of materials, clarification of keywords, interpretation of themes, analysis of discourse as well as division of styles.

Compared to other art genres taking issues as their approaches, the database construction for painting is quite explicit. We take existing categories for information gathering and, in order not to overlook issues, we are especially careful in the decisions of keywords. Hopefully it is ready for further research. Currently we have the following subsections: